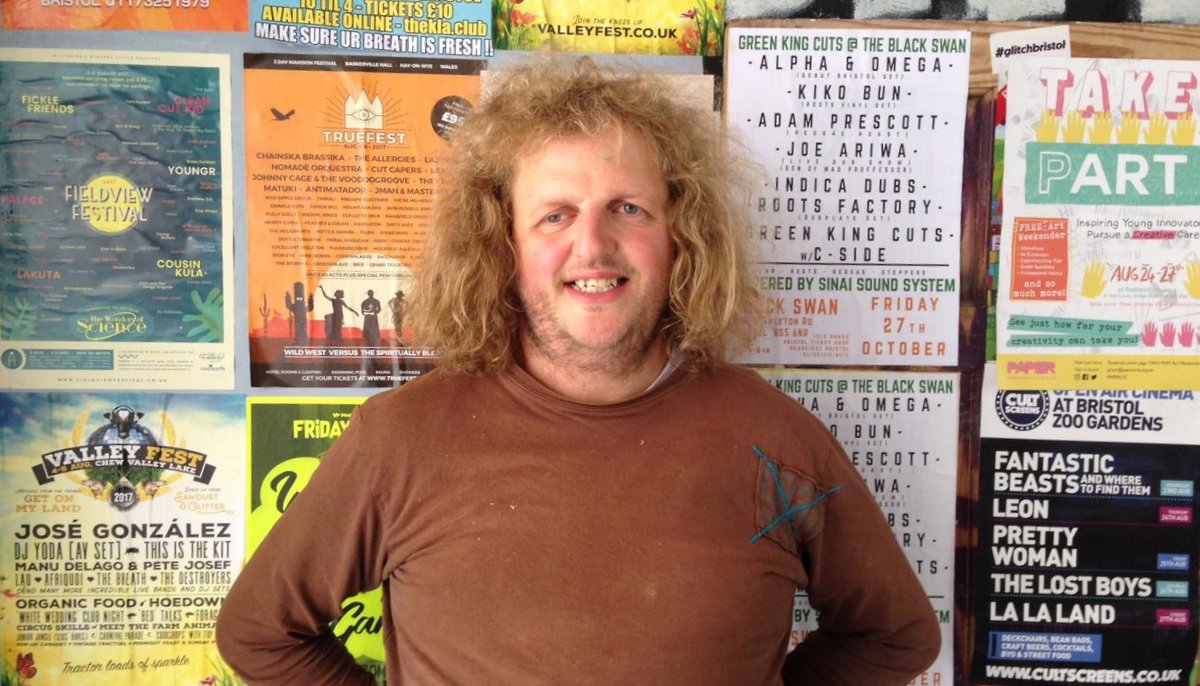 I would not be me if it wasn’t for independent music venues.

Music fans should care about Independent Venue Week because it’s about supporting the venues. These are where the best shows happen.

Independent venues are intimate and immediate. There is no boundary between the artists and the fans in places like the Louisiana and the Crofters Rights and the Mothers’ Ruin. You can see the whites of the performers’ eyes which is sometimes the most exciting thing. And that works both ways as well; bands love that intimacy.

The atmosphere is different at different venues, be it folk at the Folk House, neoclassical at St George’s, or punk-rock and art-noise at the Exchange. Different shows definitely suit the different warmth at Bristol’s different venues.

Independent venues give everyone a vital step upwards. Their importance cannot be overstated. Everyone needs somewhere to start out, be that bands and artists, or promoters.

And they bring together communities, bringing life to the areas of the city where they are located.

Here in Bristol, we’ve got some great venues but they’re always under threat like the Fleece, Fiddlers and Trinity. We’ve also recently lost a lot of our best DIY spaces which are so valuable such as Roll for the Soul and the Surrey Vaults.

Anywhere can be turned into a venue. Last year I saw Fenne Lily at St James Priory. Cafes can also make great live music venues. I really like places like Salt in Hotwells. The last time I was there it had a beautiful atmosphere, so warm and intimate with the tables and chairs downstairs that wouldn’t necessarily work in other spaces.

I love the sound in Cafe Kino‘s basement. Places like the Cube provide a space for more than one medium of art, from films to gigs to surreal musical theatre to stand-up shows.

Music can very much alter my mood. I had a case on Saturday night when I was feeling quite anxious. I’d been out to see a band that I quite like, but I got a bit claustrophobic in the audience. I then went off to see Heavy Lungs and Vulgarians at Hy Brasil and even though it was really busy it definitely helped alter my mood quite a lot.

When I’m in a small venue I feel a sense of awe and a sense of magic. Especially if it’s something that I’m really connecting with it’s like a positive release.

I also feed off the energy of a band. I can definitely feel the kinetic energy. I will find myself being transported. When I’m connected with something I can feel my entire body shift from a negative feeling to a positive one.

Bristol is very fortunate with the music venues that we’ve got, but many are still under threat. People can help by turning up to shows, buy drinks at the bar, buy the band’s merchandise and say hello to them.

Bristol’s music venues are cultural assets that need to be protected. We have got one of the most thriving music  and arts scenes in the country with a whole range of different venues.

The Arnolfini is a really underused venue at the moment. I would look to mix conceptual performance with live performance, look to get more of the experimental artists that they got in the past.

I don’t think Bristol Arena is going to happen. Having an arena would be good for some things. But it would take quite a lot away from the music scene. If it supported local artists, that would be good. I don’t think the city needs an arena though. Having an arena could have a detrimental effect on our music scene, and anyway most of the shows would probably be way out of the average punter’s price range.

Jeffrey Johns, better known as Big Jeff, is Bristol’s best known gig goer. He is one of the ambassadors of Independent Venue Week, taking place from January 29-February 4. On Wednesday, Jeff is curating and DJing a show with deaf and disability charity Attitude is Everything at the Exchange with Jesuits, Iceman Furniss Quartet and Emily Isherwood.