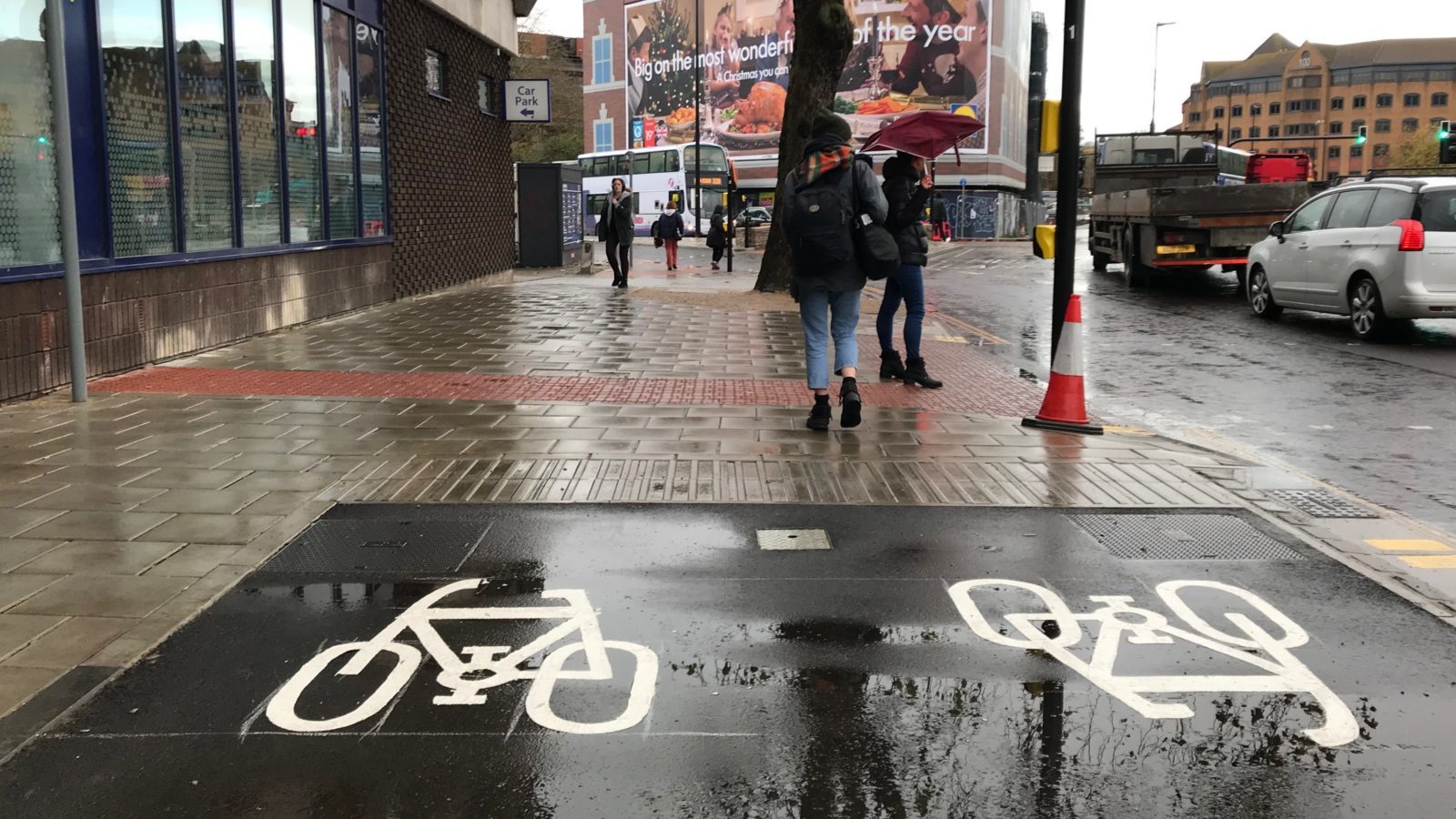 The catchily-named Local Cycling and Walking Infrastructure Plan, currently out for public consultation, has been produced by the councils of the Bristol area to set out the priorities for walking and cycling infrastructure investment until 2036.

At first glance, it says all the right things. There is talk of acting against climate change, improving accessibility, contributing to public health and boosting local high street economies. It shows how there has been a high level support for active travel interventions in previous consultations.

It shows clearly, based on hard evidence, that there is a real opportunity for walking and cycling to transform the city for the better. Whilst tackling the climate emergency head on, we could simultaneously boost the economy and rejuvenate local high streets. The health benefits would save NHS costs and increase workplace productivity, and all areas of the city would become more accessible than ever.

Unfortunately, however, the level of ambition shown in the introduction and background is not represented in many of the the actual proposals for new and improved infrastructure. There is a smattering of good elements in there, such as the introduction of new separated cycleways in some locations. However, many of the mistakes of the past are replicated for the future.

There are an abundance of proposals for shared space, where pedestrians and cyclists are expected to use the same paths with little or no guidance as to who should be where. This approach has been largely discredited nationally as a viable option for moving large numbers of people. It is almost universally hated by walkers and cyclists alike, as it leads to unnecessary conflict whilst cars are given free-flowing arteries.

There is no reference to any significant improvements being made to the recently rebuilt routes around the centre and Temple Gate, perhaps because doing so would imply an admission that mistakes have been made. As the two key focal points of the whole network, these areas really should be of the highest possible standard.

Read more: ‘Cycling in Bristol has never been so frustrating’

Many of the proposals show a reluctance to remove any on-street car parking to improve walking and cycling facilities, despite the evidence being shown earlier in the document that active travel improvements increase both customer numbers and spending on local high streets.

The Department for Transport has made it clear that funding for these projects will be dependent on high quality designs, and there is a real fear that what is being proposed just won’t cut it. There is a lack of commitment to adopt a high quality design approach, meaning that walking and cycling routes across the city are clearly and consistently designed. This would make them understandable to everyone who uses or crosses them, whether they are walking, on a bike, or in a vehicle.

In the face of an ambitious target to become carbon neutral as a city by 2030, the plan is clearly not ambitious enough. Bristol has a huge amount of untapped demand for walking and cycling, with a large proportion of short journeys still made by car.

When other cities such as Paris and Manchester are planning revolutionary changes to active travel by 2025, we are left with modest improvements by 2036. We deserve better, and we should do everything we can to get it.

Find the consultation at www.travelwest.info/projects/transport-consultations/west-of-england-local-cycling-and-walking-infrastructure-plan

Toby Wells is an engineer and cycling campaigner