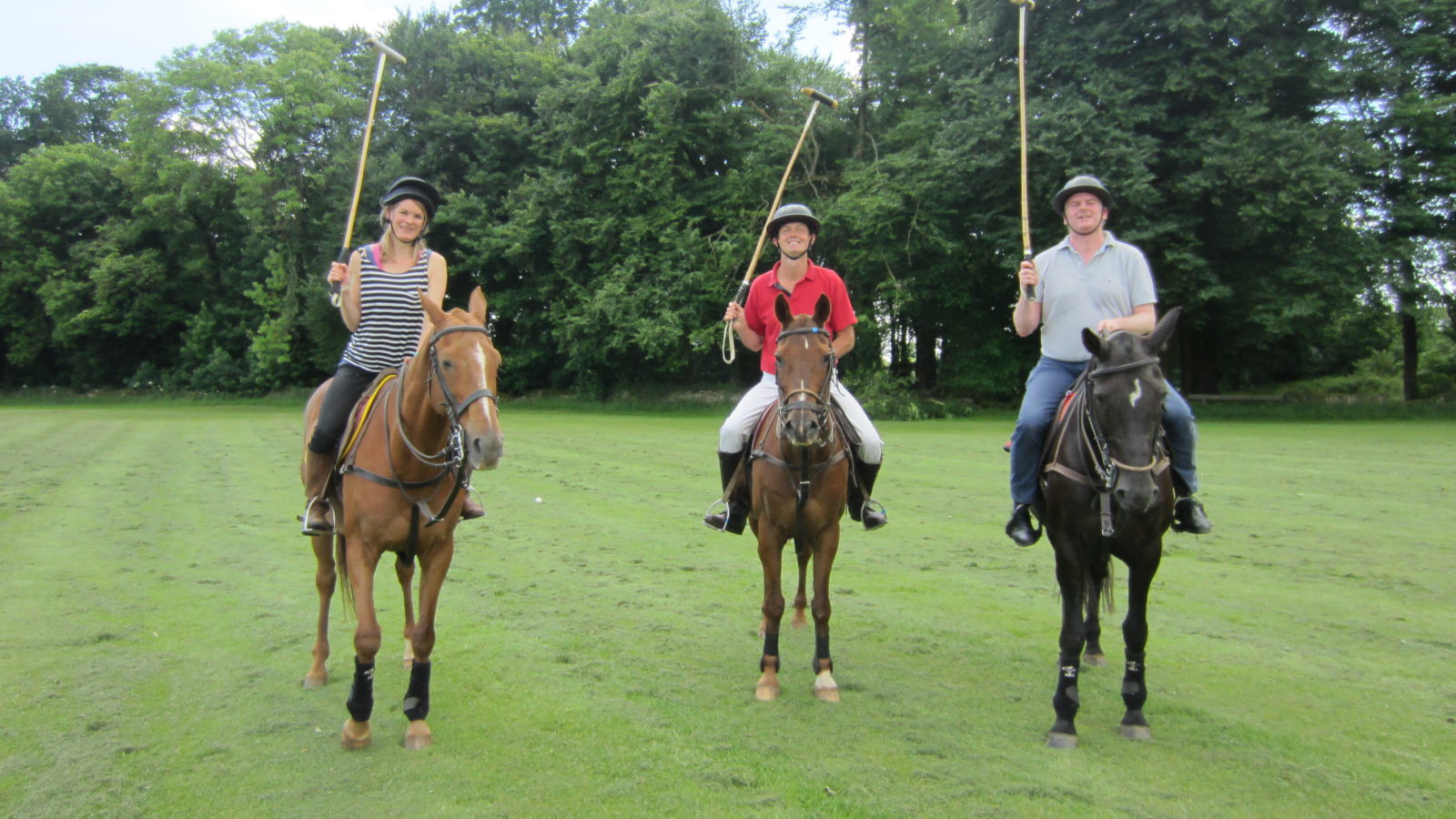 “It’s the best adrenaline ride of your life,” says Dan with a gleam in his eye and a grin on his face.

The ride in question is polo, a sport famed for its glamour, champagne socials and royal connections, as much as its fast-paced thrills on the field, but one that is keen to shed its somewhat elitist image and draw in a wider crowd.

Professional polo instructor Dan Banks is a man with the easy manner of one who makes a living out of doing something he truly loves and whose infectious enthusiasm for the sport could turn the most hardened of cynics.

The setting is Cirencester Polo Club. Hidden atop a long sweeping drive, amid endless acres of rolling green lawns lined with ancient woodland trees, the venue is quintessentially English in its elegance and unashamed by its aristocratic history.

Founded in 1894, the site has seen generations of thundering hooves galloping across its immaculate fields and photos of players gone by adorn the clubhouse walls – a young Prince Charles features among them in black and white. 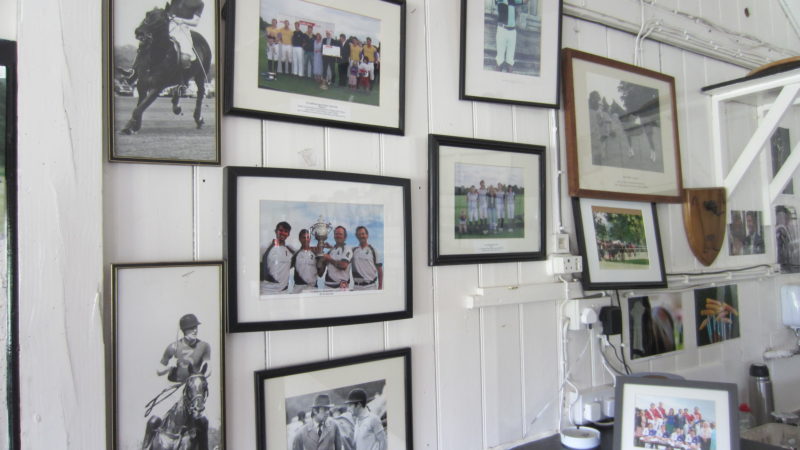 But, back to the task in hand, for Dan was here to teach two complete novices how to play polo and give the wider public an insight into what all the fuss is about ahead of a major sporting event, Polo at the Manor, held at Celtic Manor Resort on Saturday, June 17. 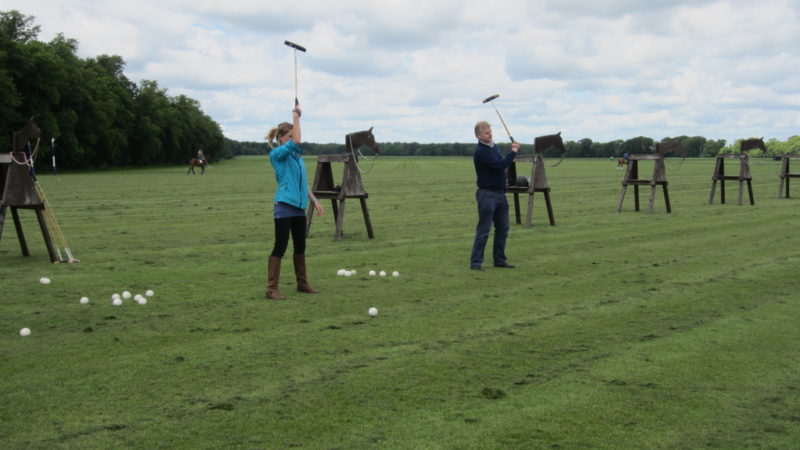 Starting on foot, we were asked to swing the polo sticks and get a feel for them, before starting off knocking some balls about on the grass and then progressing up to wooden horses. 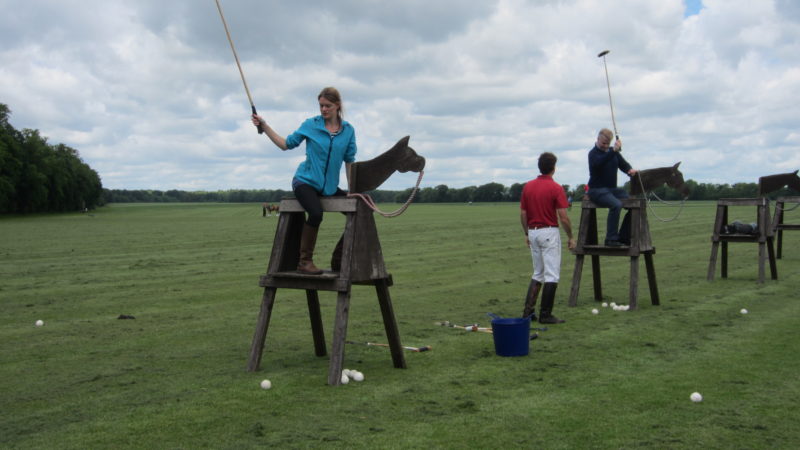 As we affably brandished out sticks about, the dull thud of thundering hooves could be heard in the near distance as accomplished players hurtled across the field on horseback, hitting the ball with the elegant effortlessness I was trying so hard to achieve.

“The key is to not try to hit the ball, just keep your eye on it and swing,” advises Dan. And his easygoing, patient instruction worked wonders – even if progress was at a rather slow and painful pace.

“A lot of people have this misconception that you have to be super rich to play polo but actually, it’s very accessible, anyone can turn up and have a go,” says Dan.

He was also a fountain of knowledge on the history of the sport which was apparently formed by the British Army who witnessed tribes in India use sticks to knock about the heads of their fallen foes in celebrate.

The army adopted the practise (using balls rather than heads) as a way of improving their ability to ride while bearing arms in battle.

Soon ready to progress to real horseback ourselves, we mounted our trusty steeds. 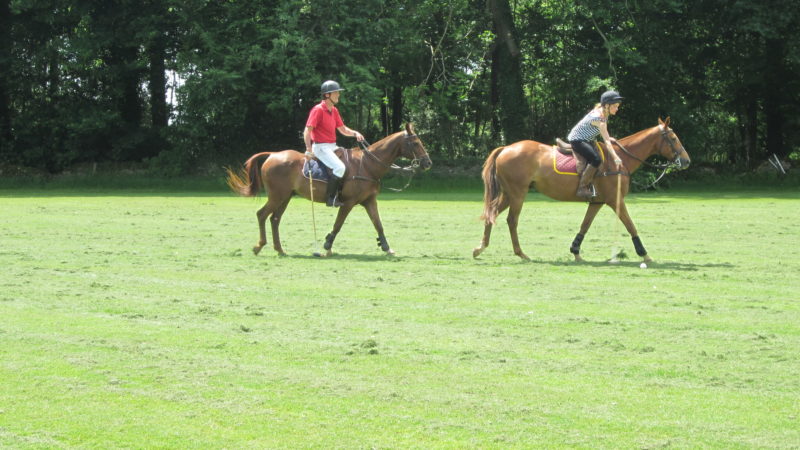 Magnificent horses they were too – fast, nimble and entirely unbothered by the sticks brandished at their sides and balls flying around their feet.

Frankly a ride on this incredibly responsive animal against such a jaw-dropping setting was exhilarating enough and as we upped the pace to a canter, the adrenaline really started to kick in.

While combining the speed with any hope of hitting a ball proved too much on this first lesson, the attraction is easy to see. Breakneck speeds, skillful spins and a clash of two sides – the excitement is undeniable. 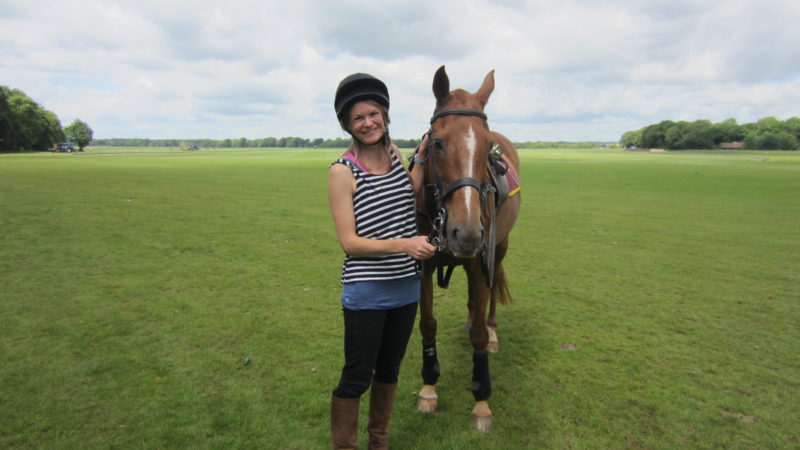 What was surprising was the cheerful camaraderie of players and staff at the club who seemed friendly, down to earth and a fair mixed bunch, united by their love of the adrenaline rush. As with all equestrian events, it is one of the few sports where men and women compete on an equal footing.

And while the champagne will surely keep flowing, there is no reason why the rest of us can’t have a taste too.

Cirencester Polo Club is one of the lead teams playing at Polo at the Manor event. 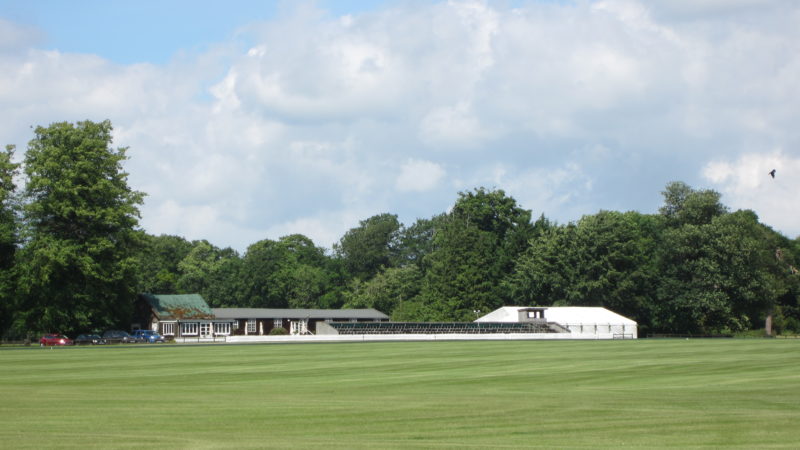