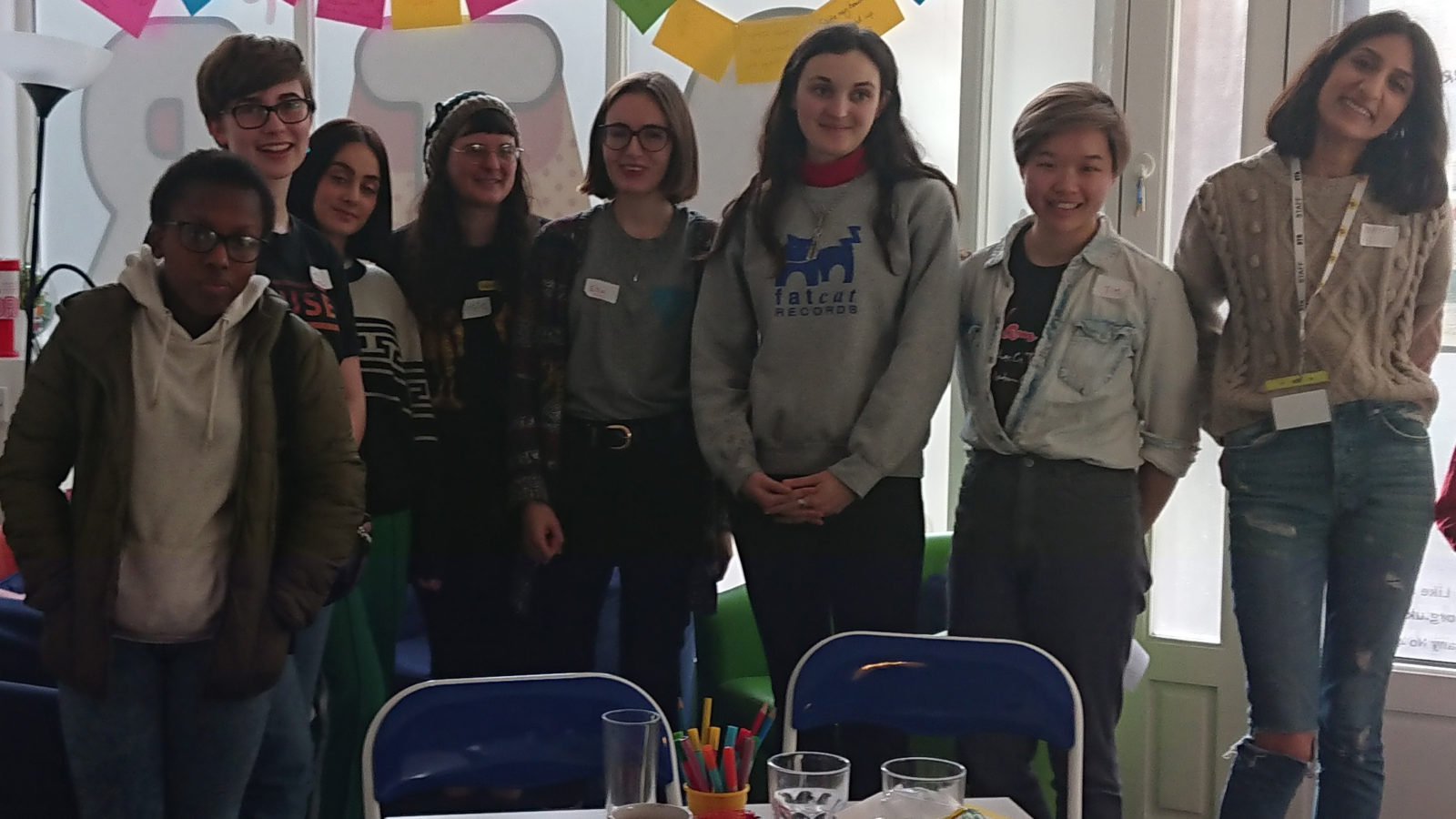 Coming together to help women and non-binary people feel empowered was the aim of a workshop held by TIGER and Off The Record at the end of February. Bristol24/7 spoke with the organisers, Rosie from TIGER and Maya from Off The Record, to learn more and to find out the reasons behind running the workshop.

The focus of the workshop was to challenge gender inequality with young people identifying as female, aged 11 to 25. They wanted to provide a safe space for discussions and learning more about how to make society more equal.

Off The Record is a mental health movement mobilised to support, promote and defend the mental health, rights and social position of young people. Their services range from yoga to one to one therapy. They also run workshops independently and with partner organisations, such as TIGER, a grassroots worker’s co-operative that encourages young people to challenge gender inequality.

Speaking with Maya, she explains how the idea to run a workshop with TIGER started: “They approached us and we jumped at the chance. It’s an issue very close to my heart. I identify as female, come from an Indian heritage and have spent the last few years questioning, challenging and finally denouncing a lot of the cultural and patriarchal value systems that contributed negatively to my mental health for years.

“I talk to a lot of young people who struggle in similar ways to myself, and this seemed like a fantastic opportunity to create a more focused, inspirational yet practical space where young people felt safe and supported in challenging oppressive systems and learning tried and tested tools for doing so.”

TIGER were equally keen to join forces, with Rosie saying: “We’re a huge fan of Off The Record, they fit with our ethics and aims for social change.” 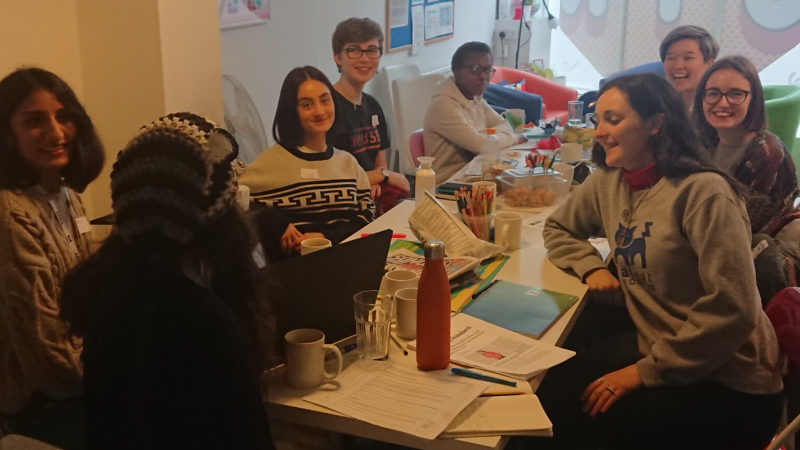 Games, activities and lots to learn with TIGER and Off The Record

15 women and non-binary people attended the workshop focussed on teaching female and non-binary people about empowerment, consent and self-worth, timely topics in the era of #metoo: “Intersectional feminism and men’s ad campaigns such as Gillette’s are bringing gender-based issues to the forefront and highlighting the inequality that still exists within our society for everyone,” says Maya. 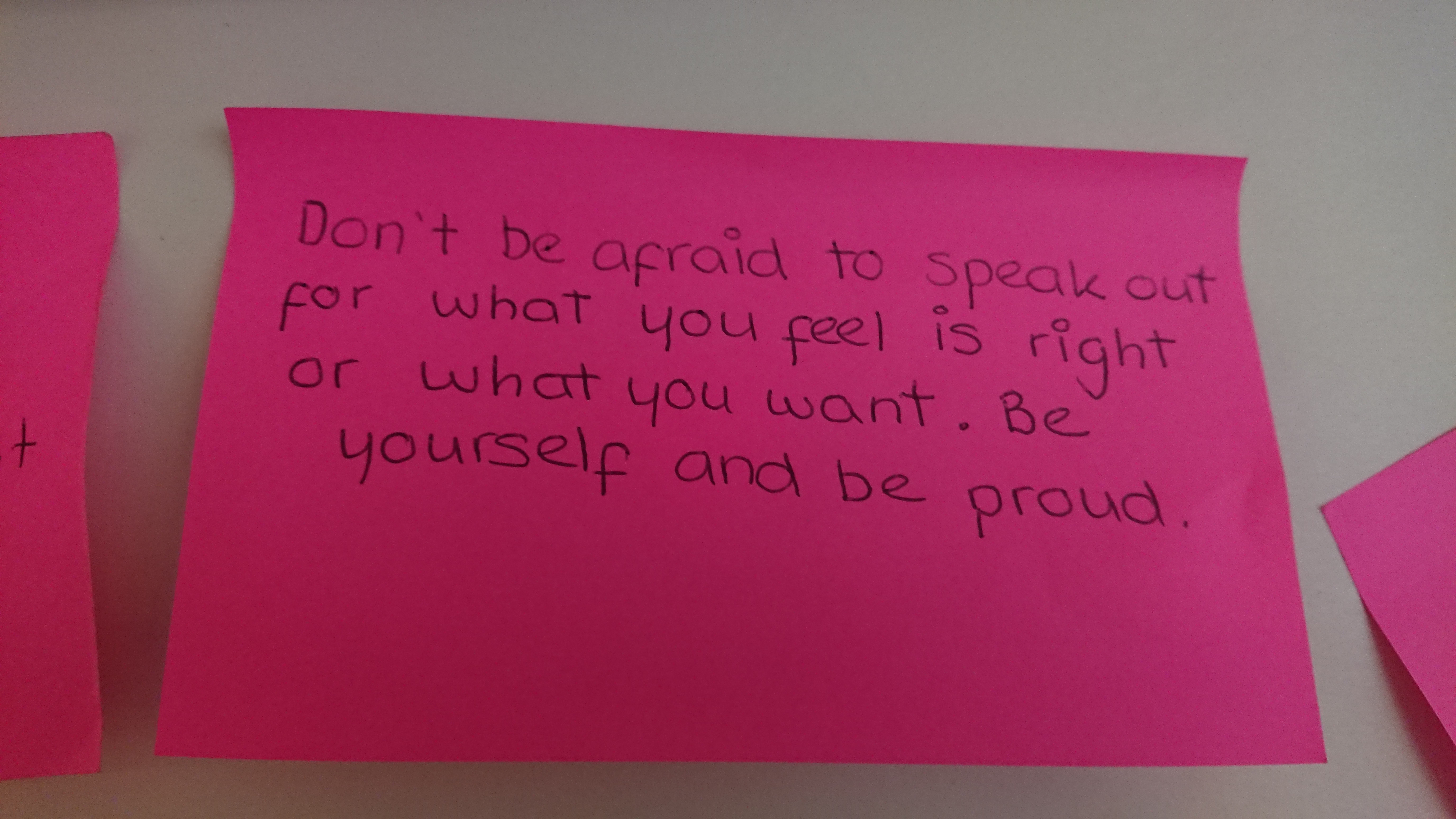 A young person wrote down this mantra during an activity

With activities ranging from learning from the successes and failures of first and second wave feminism, to playing games to learn about language change, the day was educational for and encouraged thoughtful discussion, including the involvement of transgender women and non-binary people in the workshop: “You can’t get rid of gender inequality by talking about just cis issues, we need to be inclusive, trans people are part of the conversation,” says Rosie, “feminism has moved on, all genders need equality.”

Off The Record and TIGER hope to organise another workshop in the future and empower more young people to challenge sexism and inspire change.