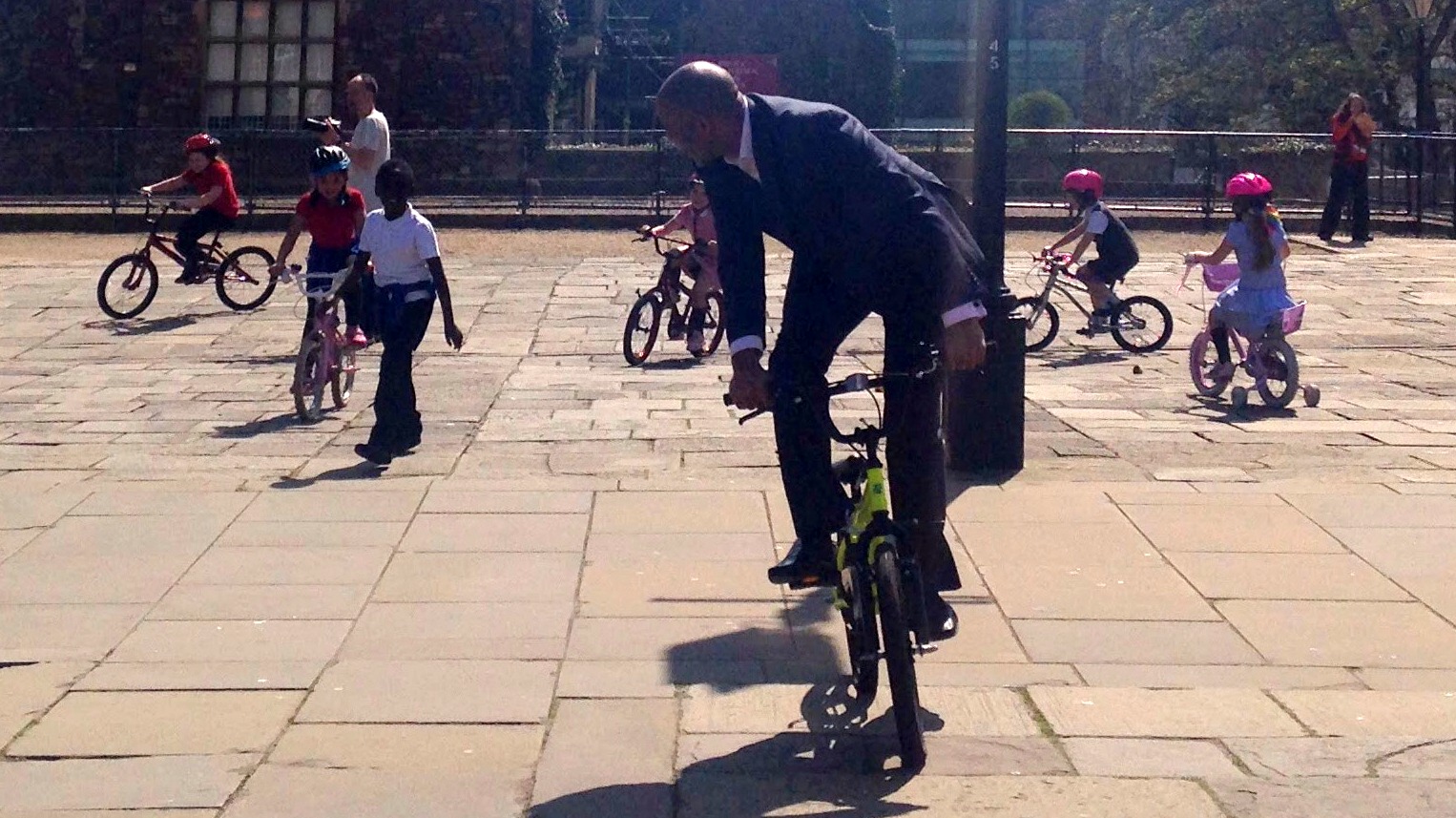 Bristol mayor Marvin Rees showed off some tricks on two wheels as he joined children from St George Primary School on Brandon Hill at the launch of two cycling events.

Wearing a suit, Rees jumped on one of the children’s bikes as the other pupils from the smallest primary school in Bristol followed him around College Green close to City Hall.

The mayor even had time to teach the children how to bunny-hop. 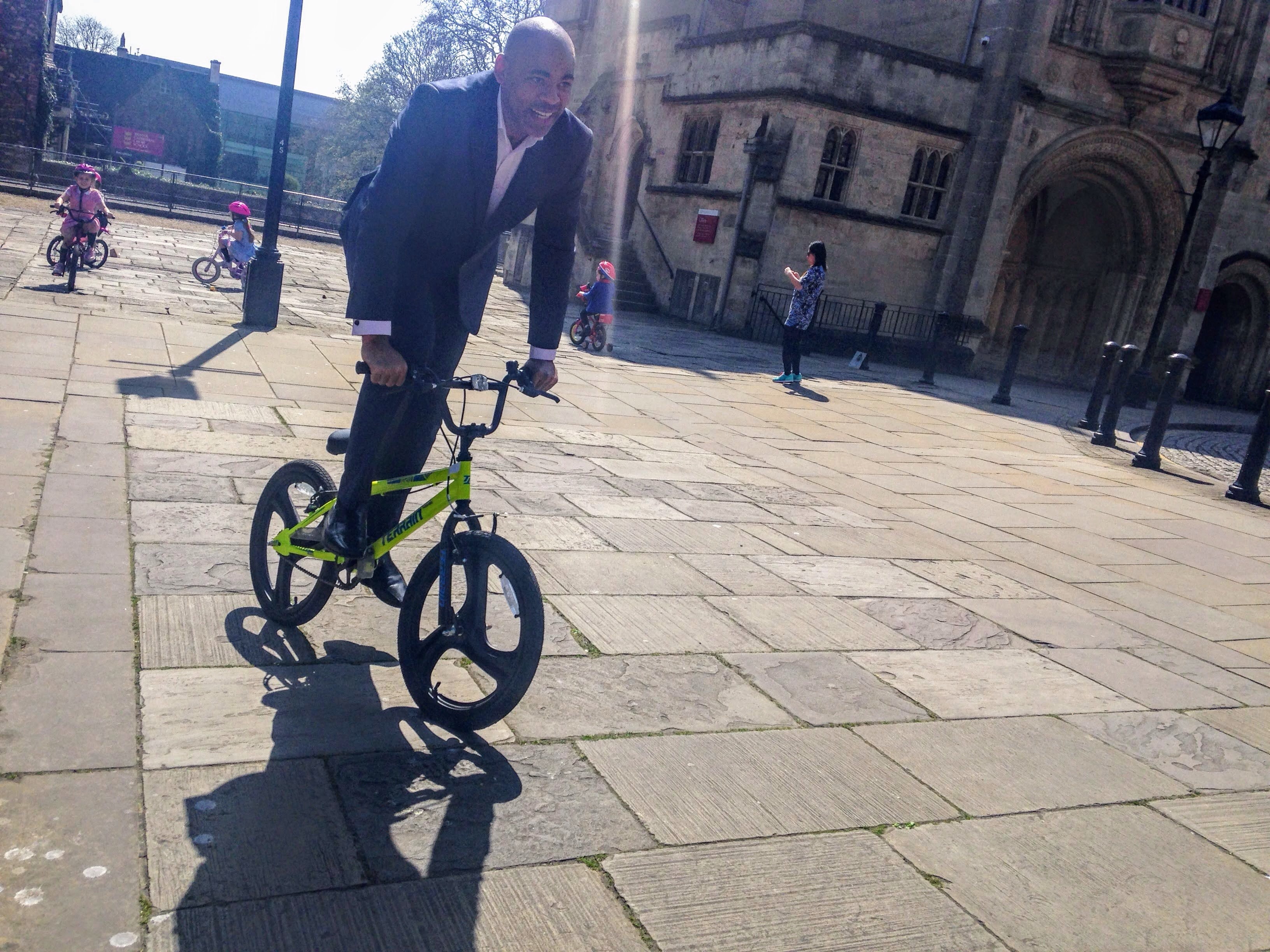 The cycling fun was to launch a full-day celebration of cycling coming to Bristol in July with British Cycling’s HSBC UK Let’s Ride event on the same day and route as the Bristol Grand Prix.

“Bristol has already made a name for itself as a cycling city and the collaboration of these two popular events… will provide a celebration of cycling across the whole day where people of all abilities and backgrounds can get involved,” said Rees, after giving Year 3 pupil James his bike back.

“It will provide an exciting and unique opportunity for people of all abilities to not only watch professional cyclists compete, but to try out the route and enjoy our vibrant city centre by bike completely free from traffic.”

The elite racing will take place across the morning of Sunday, July 8 with the mass participation Let’s Ride event in the afternoon. 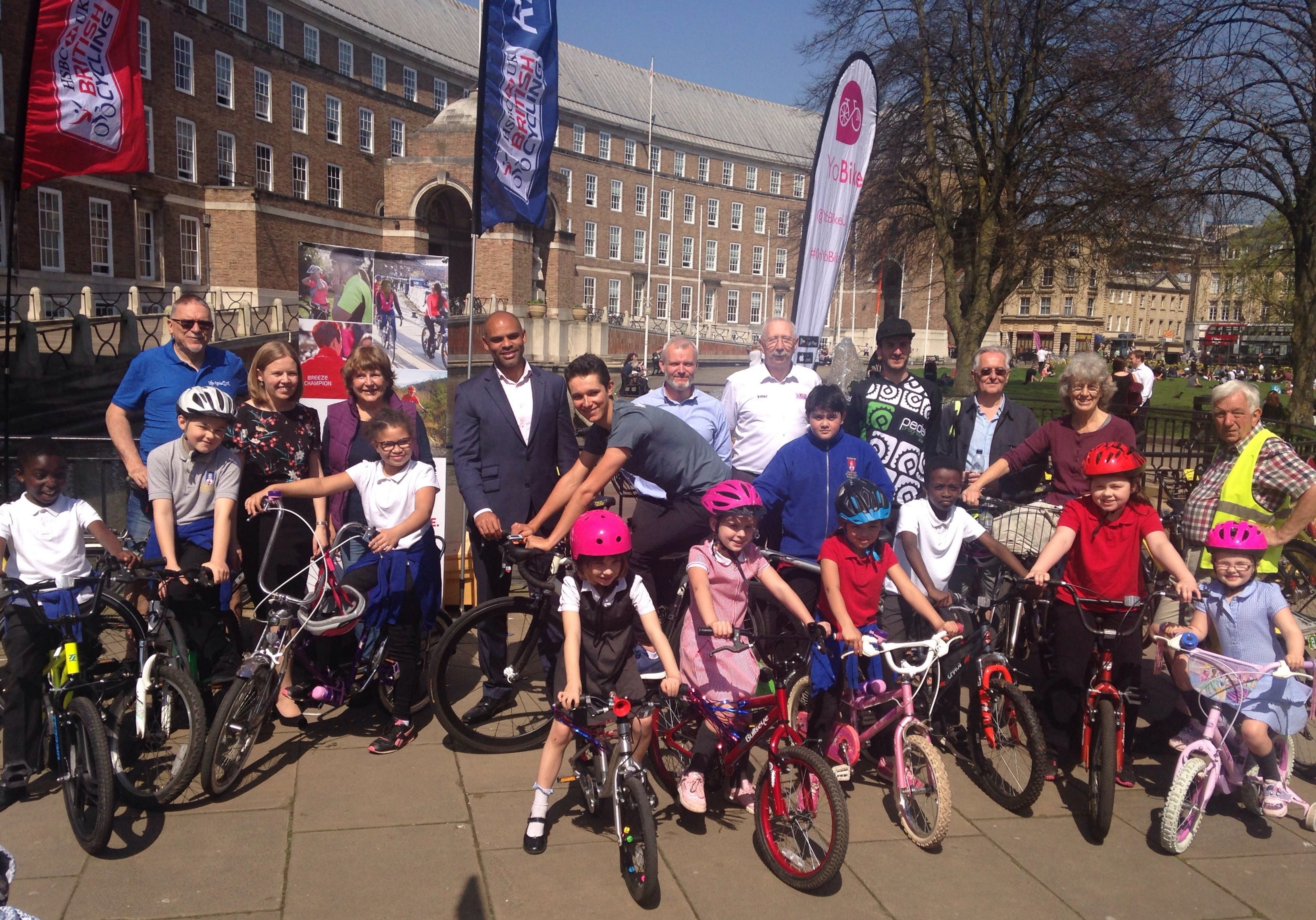 Julie Harrington, chief executive of British Cycling, said: “Last year we were blown away by the response of the thousands of local people who got on their bikes and joined us.”

Bristol Grand Prix race director Phil Adkins added: “The 2018 Bristol Grand Prix will be an amazing event that brings professional circuit racing to our city. Becoming part of the HSBC UK Grand Prix Series is a reflection of the support, commitment and love for cycling that makes Bristol so special.”