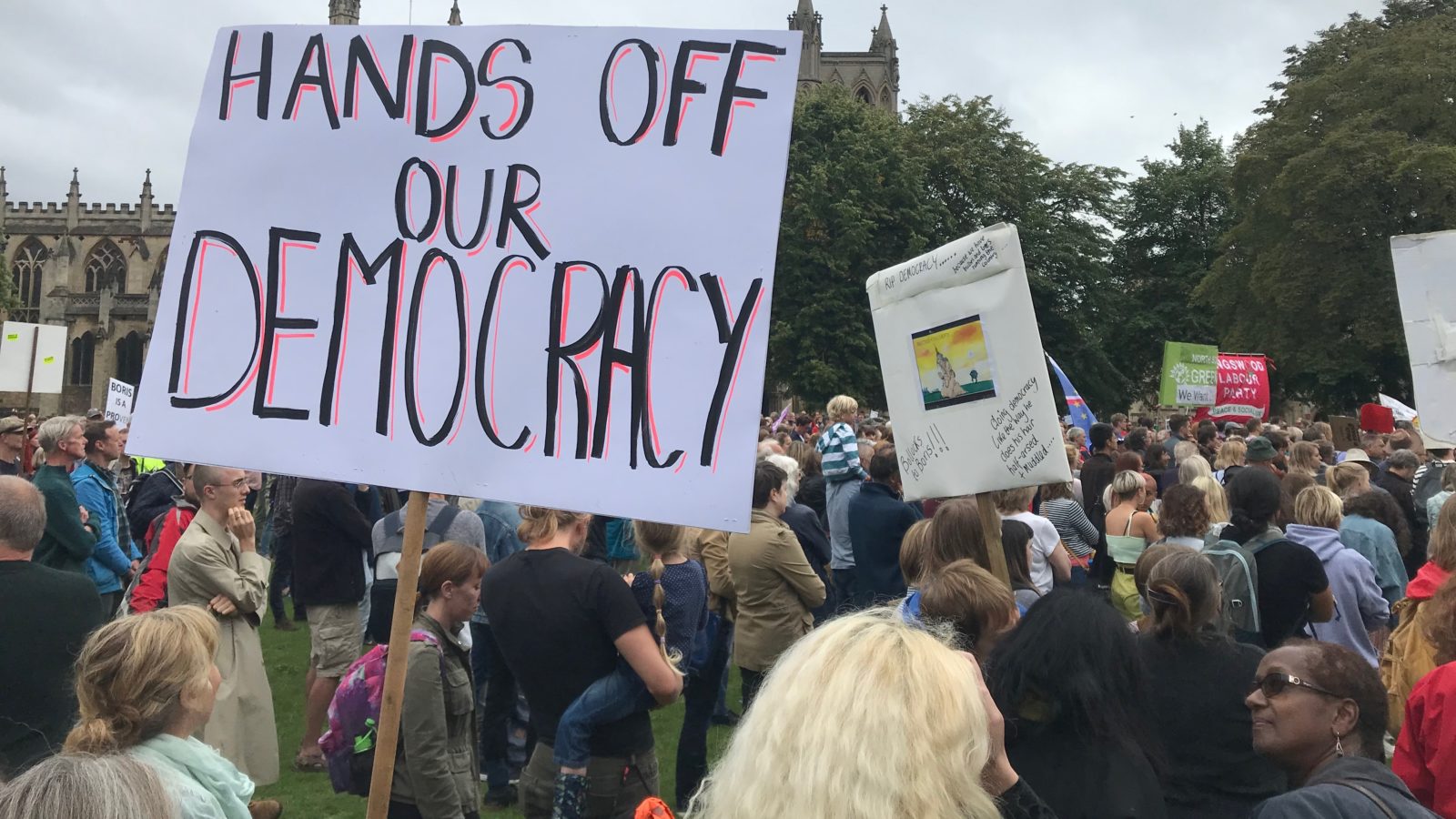 As news emerged that Boris Johnson had lost his majority in the House of Commons, scores of people once again took to the streets of Bristol to protest against his “smash and grab on democracy”.

Marvin Rees broke off from a cabinet meeting at City Hall to address the crowd on College Green, with speakers also including Bristol’s Green Party leader Eleanor Combley and James Meadway, a former advisor to shadow chancellor John McDonnell.

Bristol has already hosted two major ‘stop the coup’ rallies since the prime minister announced his intention to prorogue Parliament just days after MPs return to Westminster, but the appetite to speak out against his actions appeared undiminished.

Pro-EU stickers and posters featured heavily at Tuesday’s rally organised by The People’s Assembly Against Austerity, which also saw strong Labour and Green party contingents, and a few homemade signs with choice words about Johnson.

After the speeches in front of City Hall, demonstrators made their way on foot through the city centre to Broadmead and Cabot Circus.

Rally co-organiser Darran McLaughlin, a Labour council candidate for Bishopston & Ashley Down ward, who was wearing a t-shirt with the words ‘Fuck Boris’ on, said: “We have got to get this oligarchy out.” 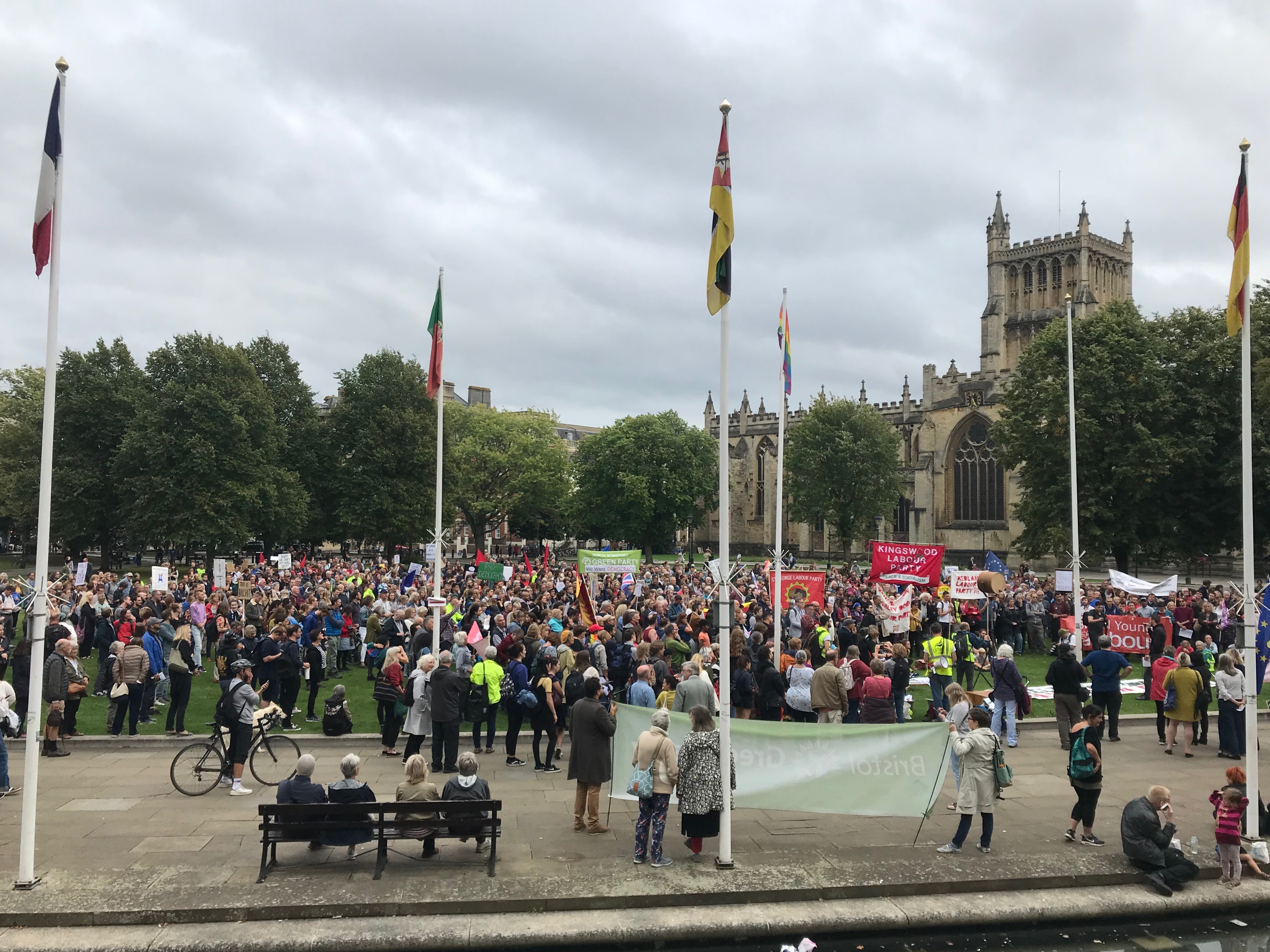 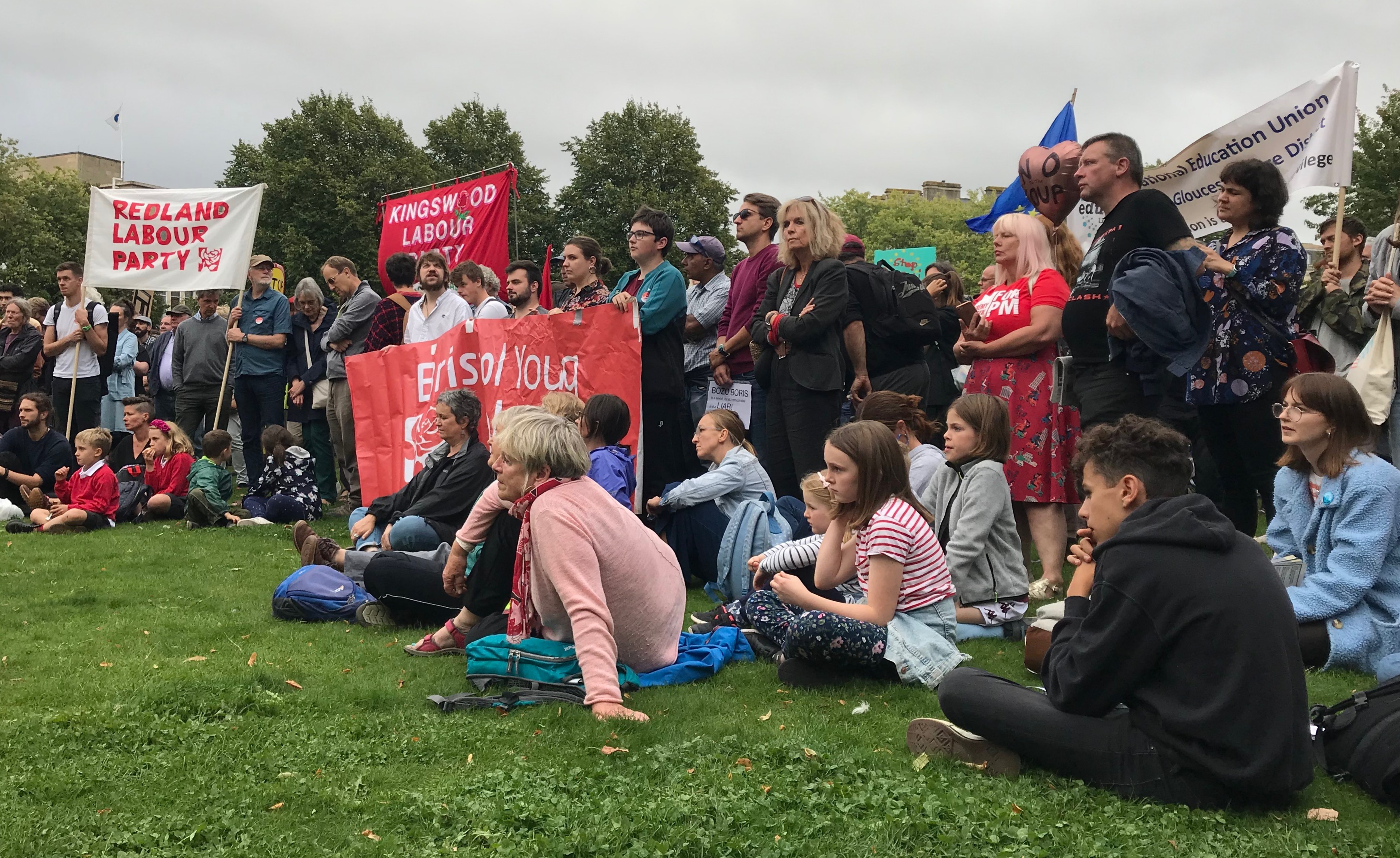 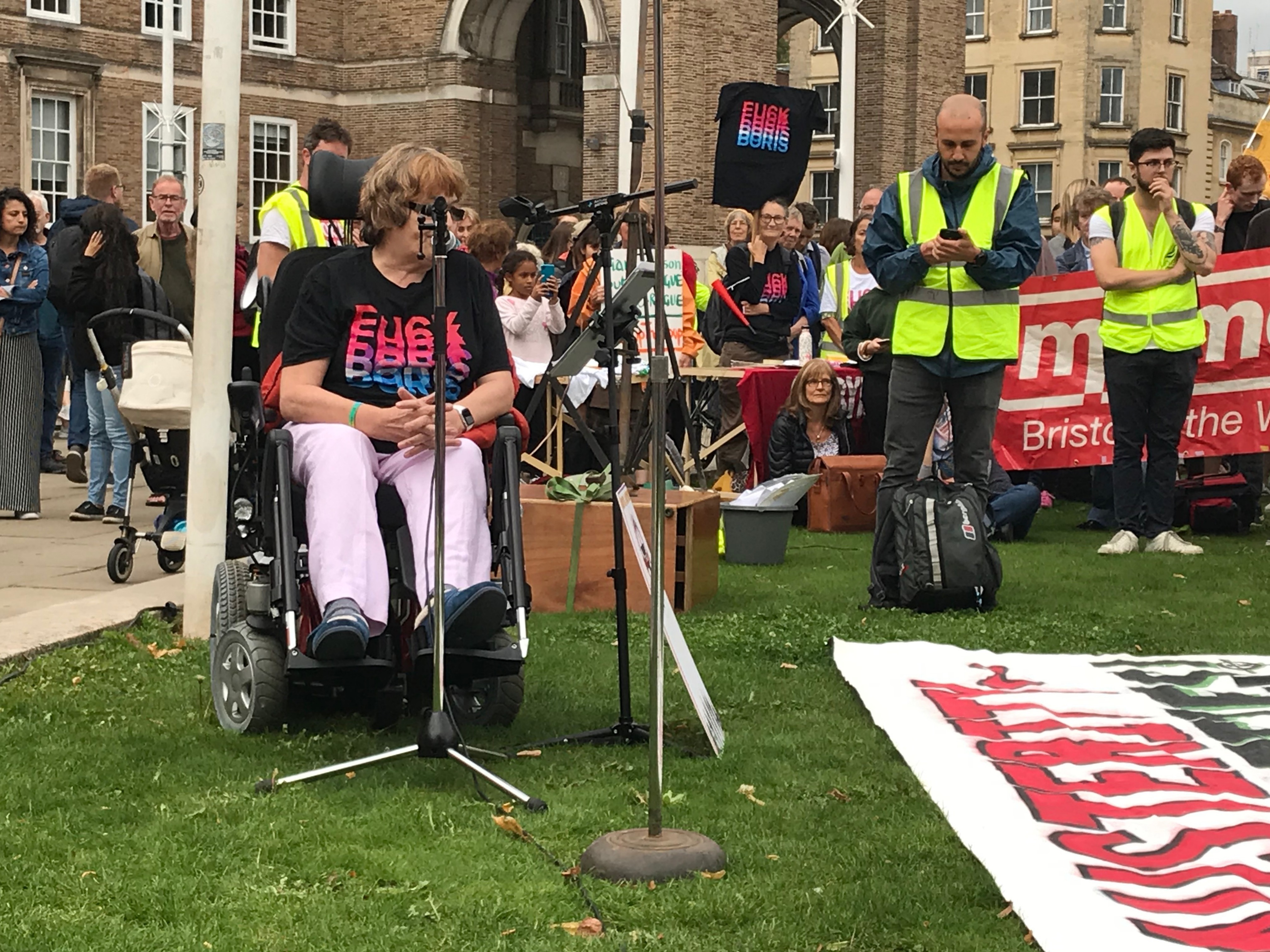 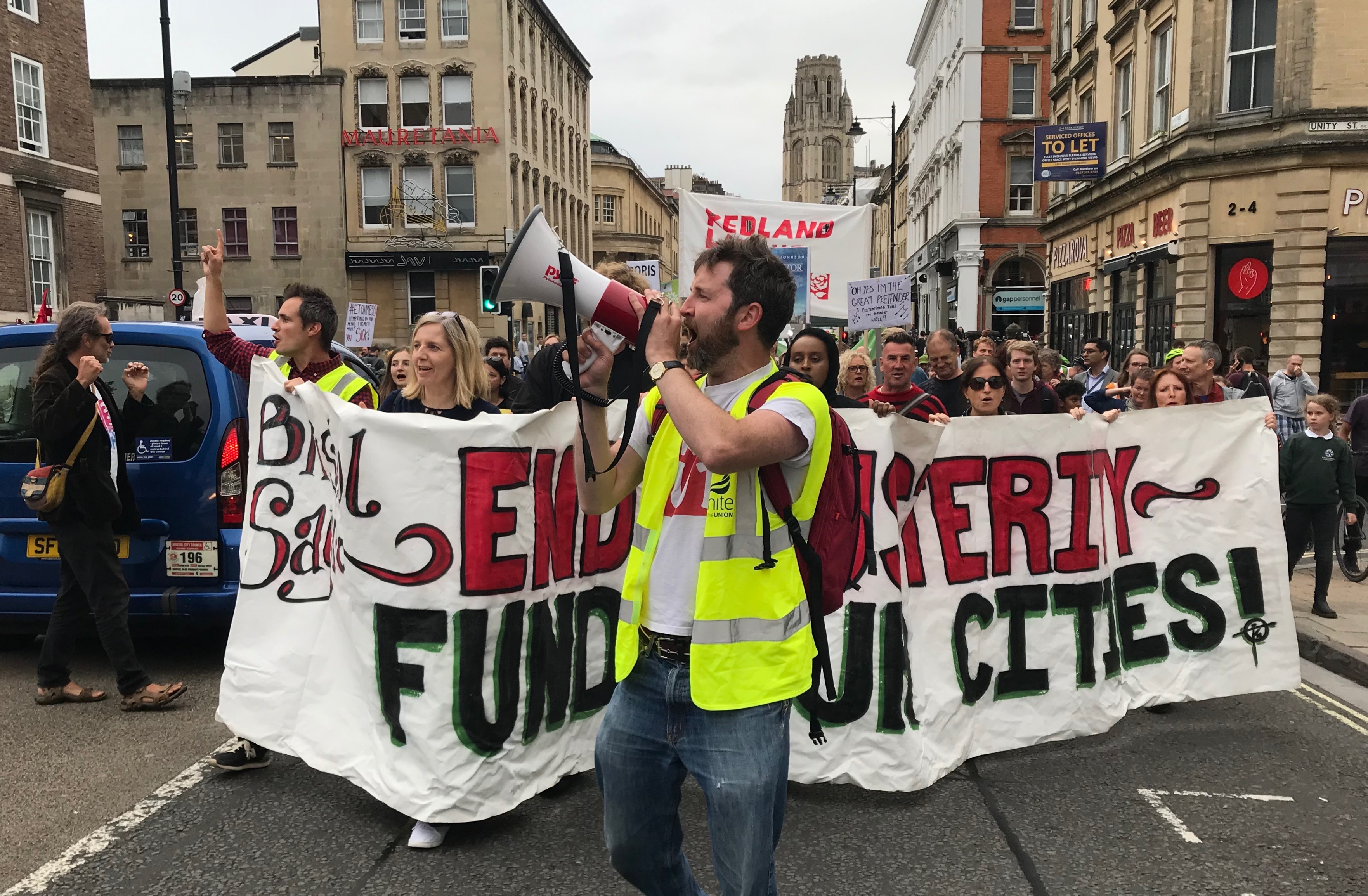