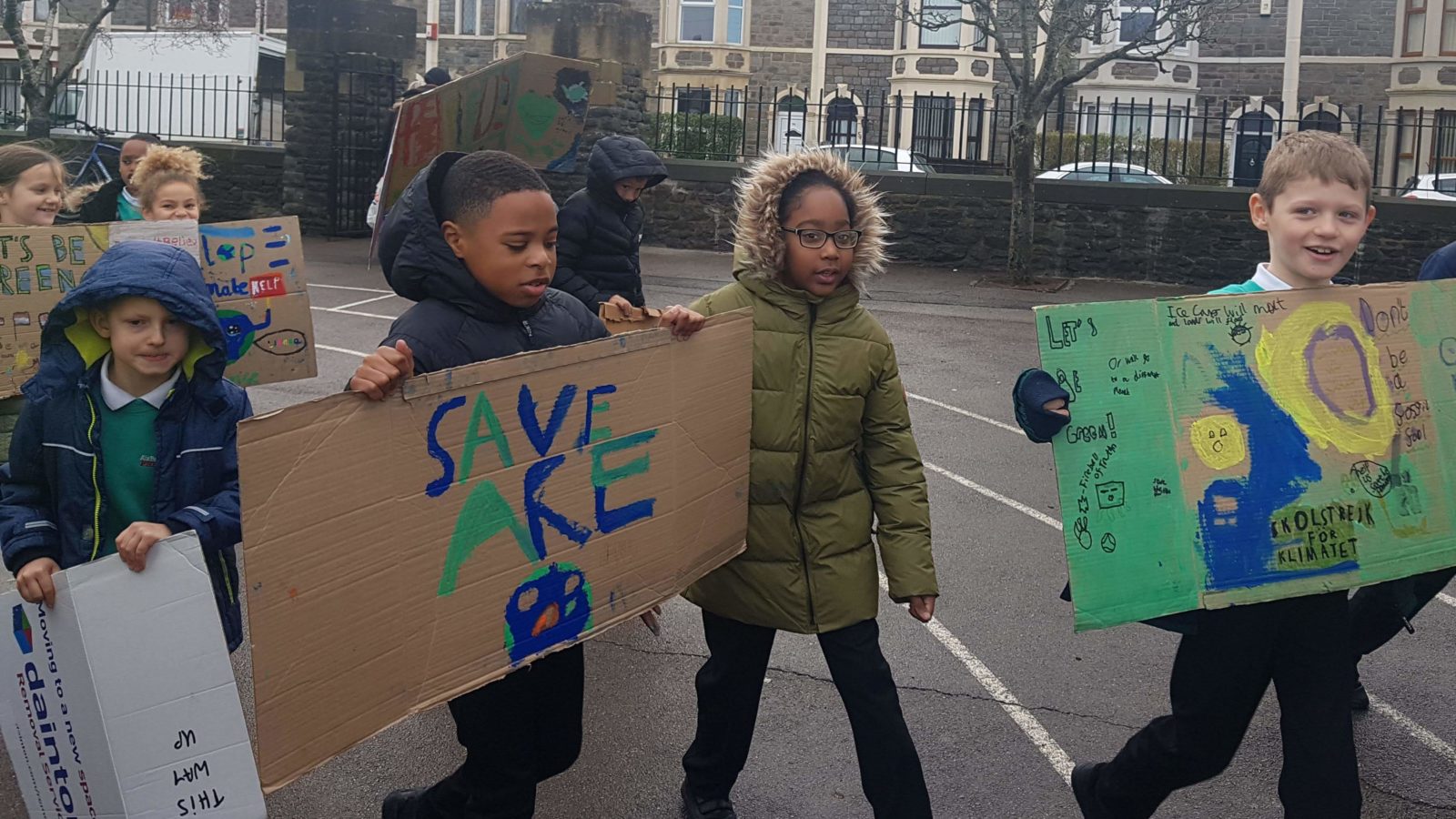 Chants of “winner, winner, no chicken dinner” can be heard across the playground of Air Balloon Hill Primary School following a successful climate change protest.

Year four pupils turned out in force, brandishing placards and singing songs during the peaceful uprising, in which they made a series of demands to improve the environmental credentials of the St George school.

They set out to highlight the dangers of climate change and call for positive action that includes planting more trees, cutting down on meat consumption and reducing the use of single-use items, particularly plastics.

After hearing their pleas, headteacher Tim Browse announced the school will be making a series of changes.

Among these are plans to contact the Woodland Trust to see if more trees can be planted on the school grounds, switching from paper to hessian-backed displays, speaking to the kitchen about implementing meat-free Mondays and creating a new eco group, with teachers, parents and year four pupils.

“Your speeches really hit home,” he told the children.

“As a result of your action today, you will bring about some lasting changes to the school.” 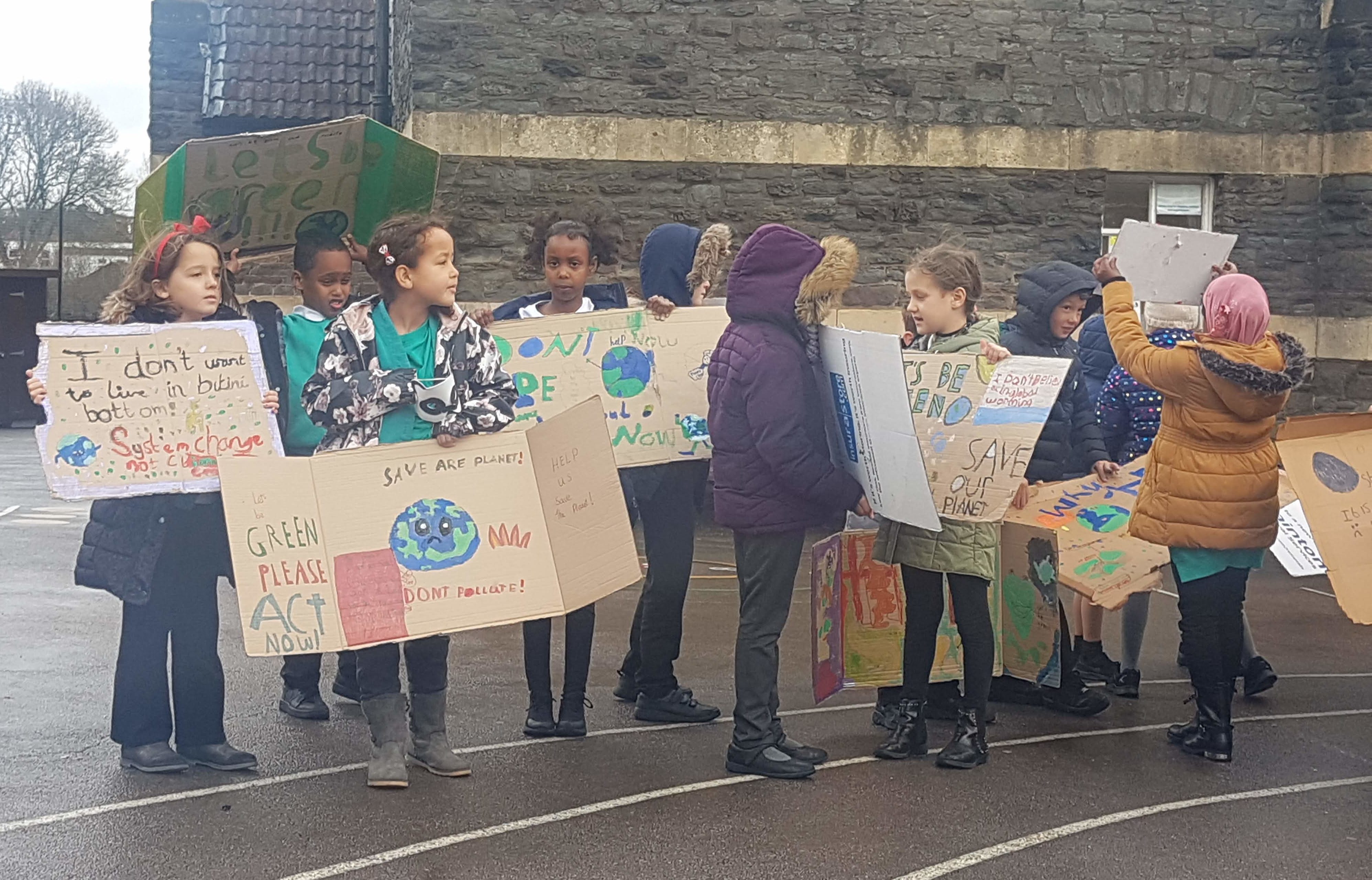 Year four pupils turned out to protest over climate change 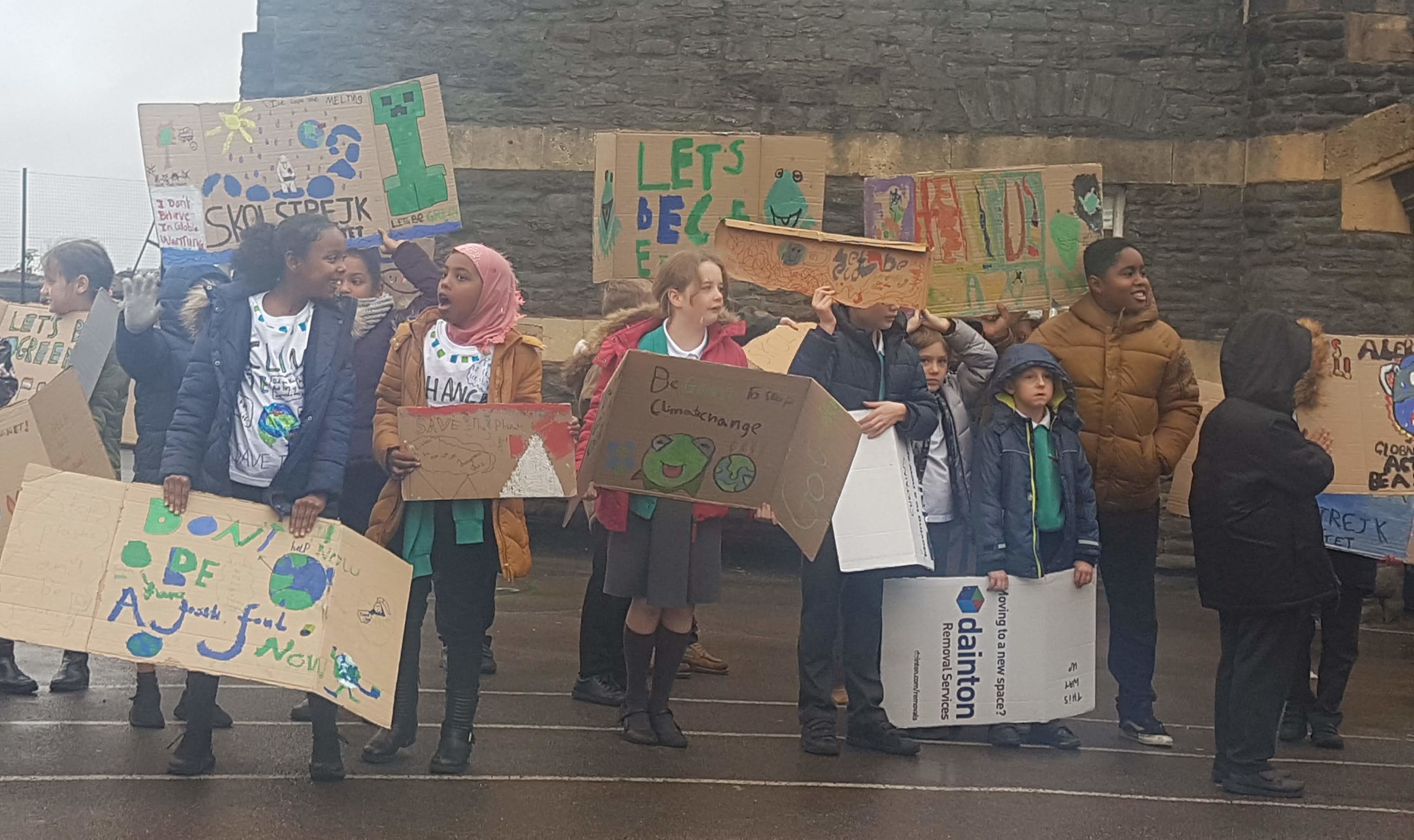 They set out a series of demands for headteacher Tim Browse 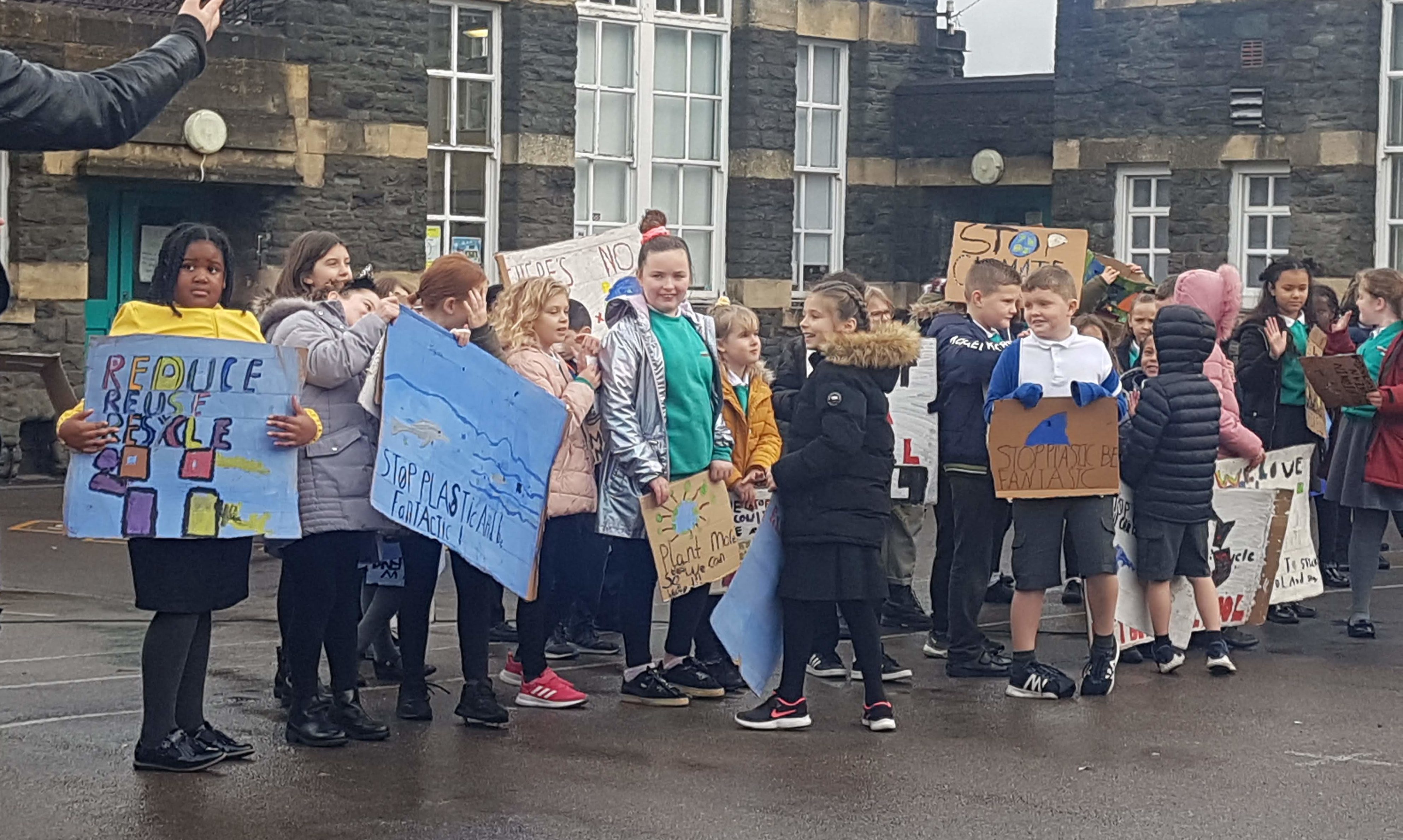 Children marched and chanted during the protest 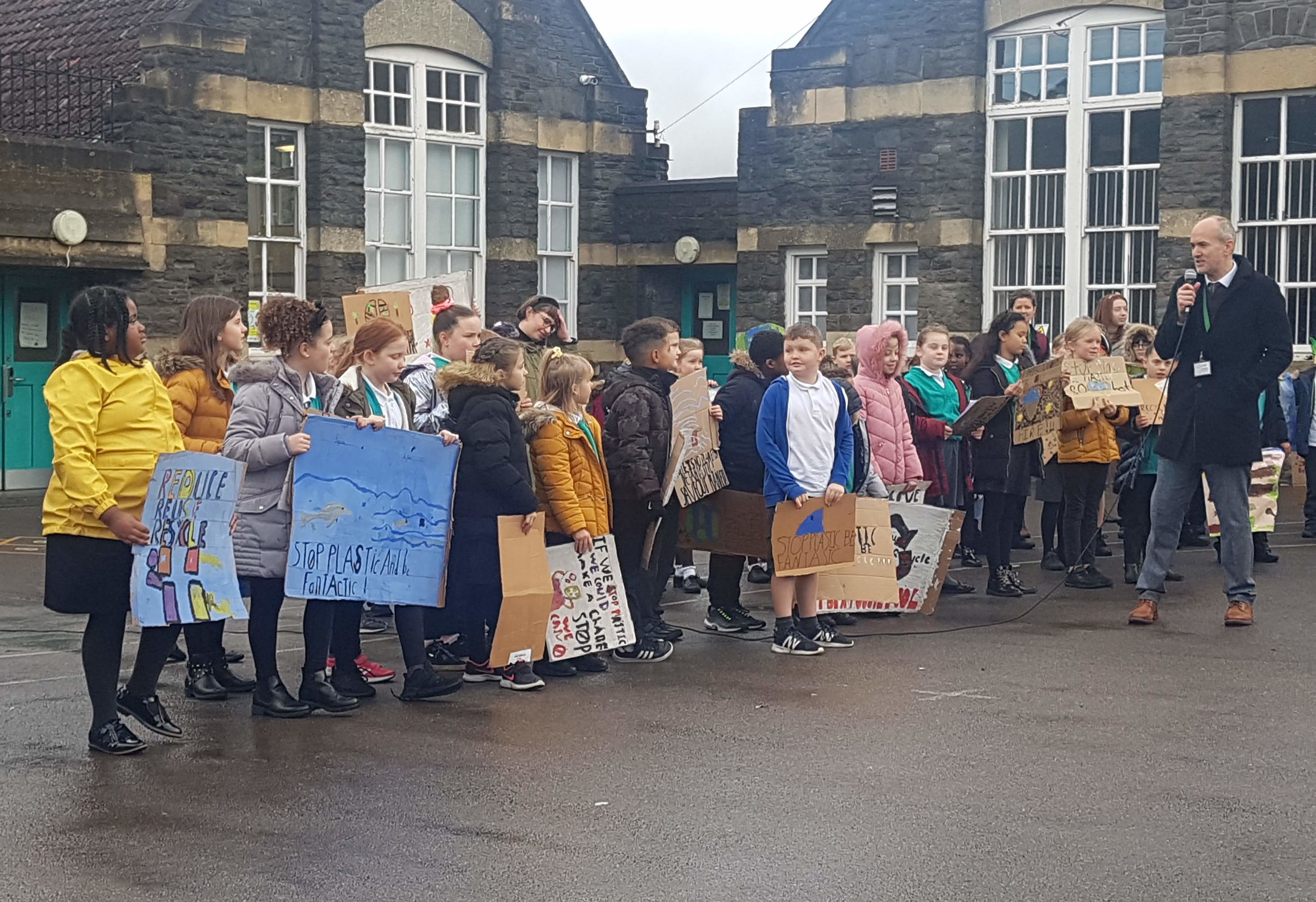 Headteacher Tim Browse agrees to implement a number of changes

Speaking after the protest, teacher Jack Barker said the pupils had come up with the protest idea themselves as part of their learning about the environment and the impact of climate change.

“This plan has been in the making since September,” he said.

“We spoke a lot about doing these things peacefully.”