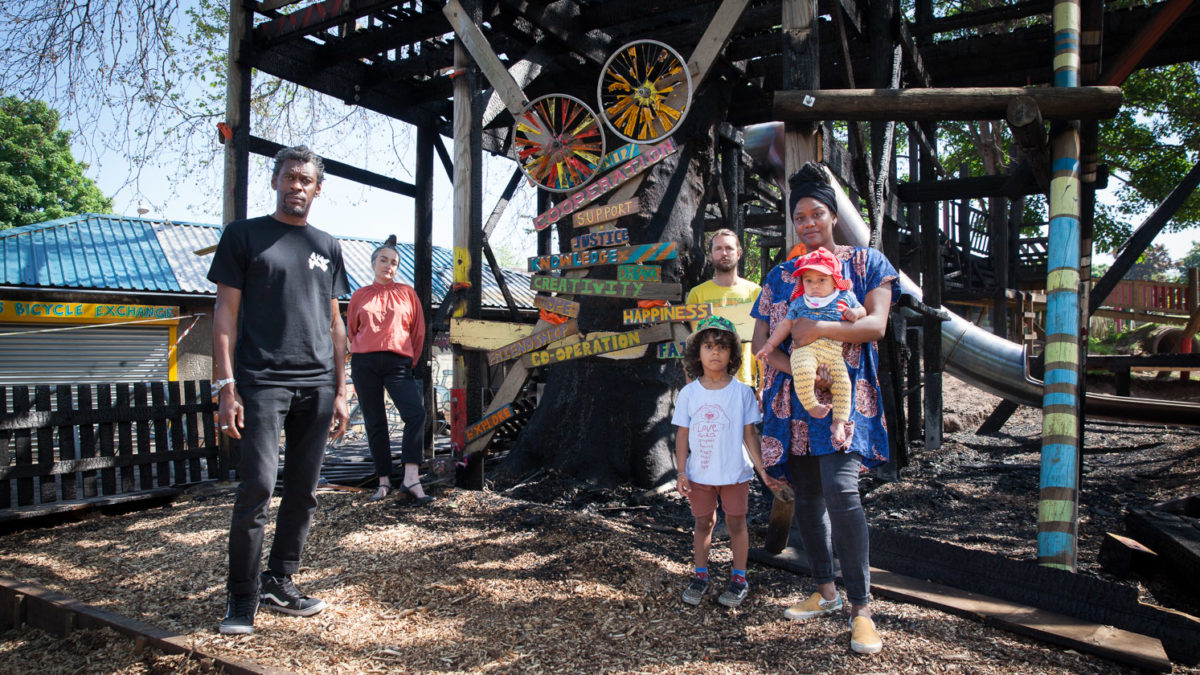 Work is already underway to begin rebuilding St Paul’s Adventure Playground in the wake of a devastating fire that struck at the very heart of the community.

An “inspirational” outpouring of support in the days and weeks that followed the arson attack on April 12 has seen more than £35,000 raised to restore the vibrant site next to St Agnes Church that acted as a safe haven for so many.

Massive Attack’s Daddy G (Grant Marshall) and DIY SOS star Mark Millar were among those who donated to the Crowdfunder campaign, set up by 16-year-old volunteer Stan Jones, which has smashed its original target of £25,000.

Described as a powerful testimony to the resilience of the tight knit community, the fundraising efforts also saw incredible generosity from families with nothing to spare, who still dug deep to contribute.

Speaking about the importance of the playground and its facilities, A.P.E. Project CIC director Guy Dobson said: “The playground is invaluable because it’s where young people come together to mingle, exercise and have fun – all vital for physical, emotional and psychological well-being.

“The arson attack really was a devastating blow to families and friends right across the community because it struck at the very heart of St Paul’s as residents coped with the ups and downs of lockdown.

“But despite the doom and gloom of the coronavirus pandemic, there’s been an incredible outpouring of support that has not only been completely overwhelming but really inspirational as well.

“We went from feeling dejected and thinking ‘what’s the point?’ To feeling determined and thinking ‘we’ll bounce back in style,’ because the response was so uplifting. We’re truly grateful for the way people and organisations have really stepped up – like Somali families living in one-bedroom homes with next-to-nothing who’ve dug deep to put tenners in.” 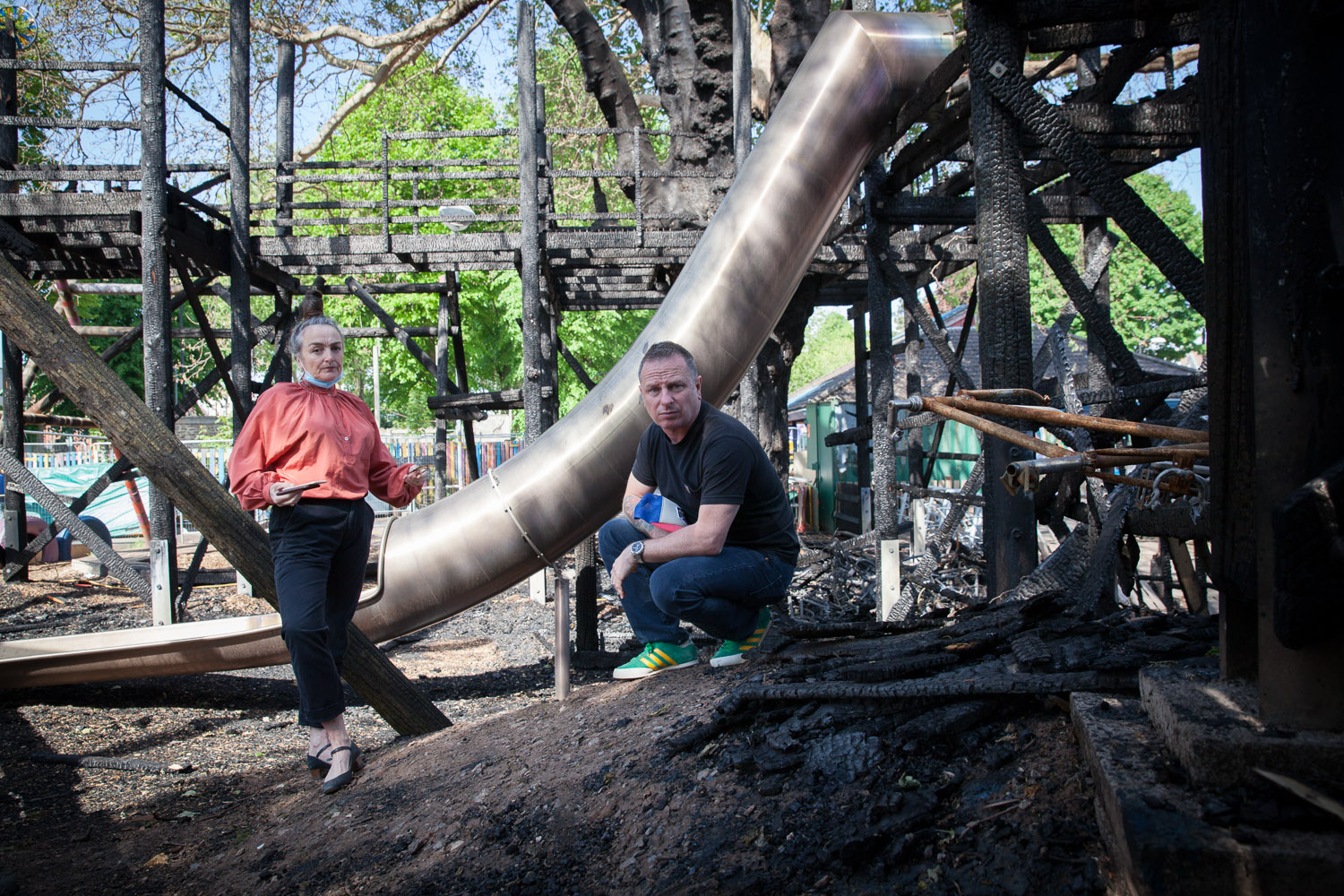 Guy Dobson (right, pictured with co-director Rachel Davies) says he has been overwhelmed by the outpouring of support. Photo by Mark Simmons Photography

Because of the immense fundraising effort, a demolition team has already been to the site to dismantle the charred remains of a structure destroyed by arson.

Children who use the playground have been invited to draw their own designs for the rebuild.

The campaign also received a £6,800 donation from the Coronavirus Community Fund, established in May by Bristol-based housing associations United Communities and Solon South West, as well as £5,000 from the John James Foundation.

The chair of United Communities, James Taylor, said the response epitomises the community spirit that makes Bristol such a special place, calling it an “inspiration” for other groups. 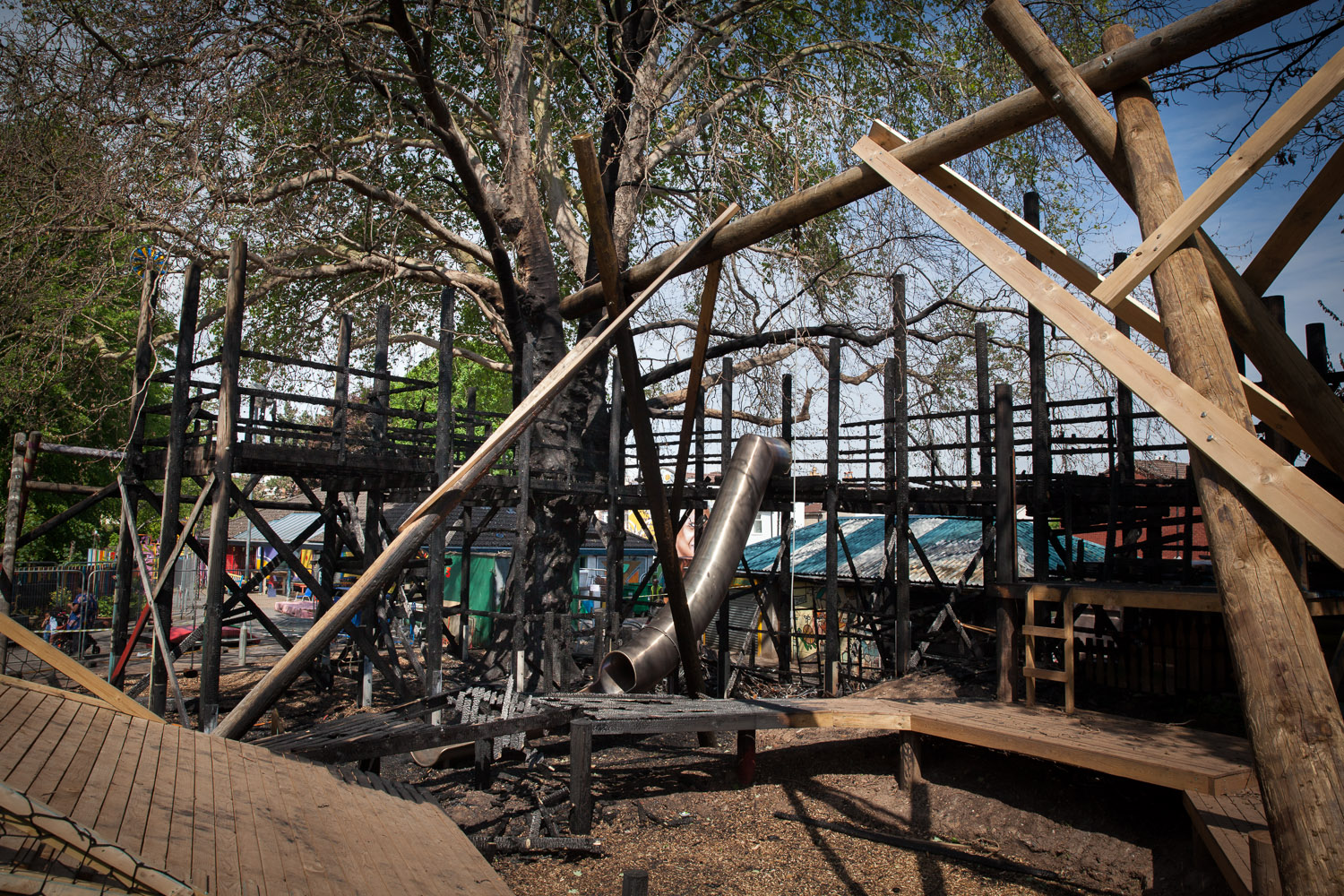 Much of the play equipment was destroyed in the fire. Photo by Mark Simmons Photography

Main photo of Grant Marshall (Daddy G), APE directors Rachel and Guy, and Sonah Paton, a local parent and volunteer at the playground and her children. Photo by Mark Simmons Photography