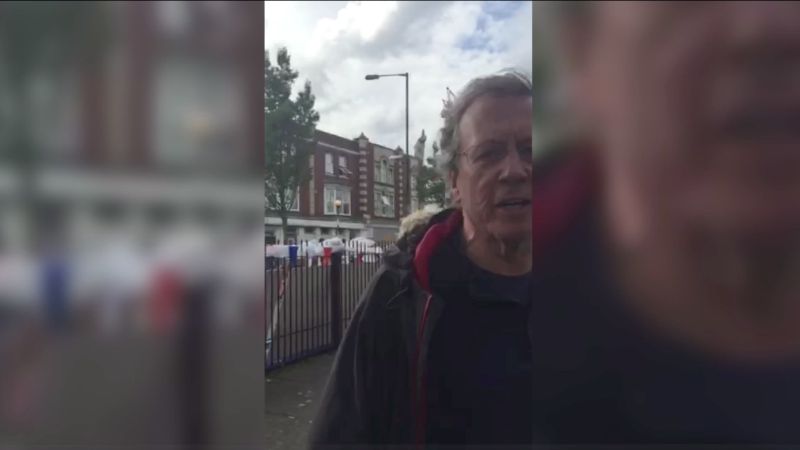 City mayor George Ferguson is under the spotlight for his language again after he was caught on video calling a protester a “jerk”.

Robinson, dressed as a fly, confronted the mayor about his track record on tackling pollution in the area.

Ferguson told Robinson, an Avonmouth resident who has campaigned on issues of dust from wood processing plants and last year’s fly infestation, that he was “spoiling” the party for everyone else.

The event in Avonmouth was the last Make Sundays Special of the the summer. The free community parties have been held in various locations around the city this year. Last year’s series of events cost the city £52,990.

In May 2013, Ferguson was caught on film telling a protester to “fuck off” at a public event in the Bearpit, under St James’ Barton roundabout.

George Ferguson has released a statement saying: “I’m always happy to talk directly to people about their concerns and I’ve made myself more available across the city than any other politician in Bristol, but the video shows that when I tried to engage with this particularly persistent Avonmouth based protester he refused to listen. Previously he has confronted me with a pigs head and a lot of shouting!

“It is unacceptable harassment to be trailed around by a lone protestor with a loud-hailer at a community family event, and achieves nothing except causing irritation to people who were otherwise greatly enjoying a highly successful day at Make Sunday Special. I was annoyed on the behalf of those who had to put up with his antics, but am doing all I can to work with the local councillors and Neighbourhood Partnership to improve Avonmouth with new investment. A protest such as this does not help the situation.”