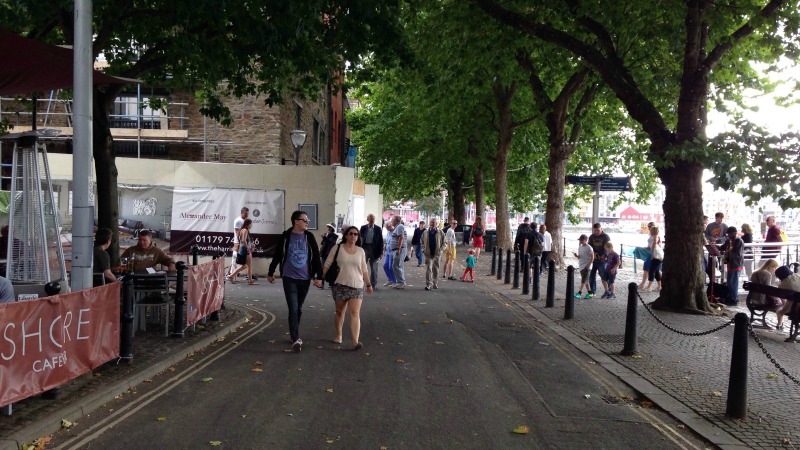 Will it? Won’t it? The never-ending saga over whether Prince Street Bridge will re-open to vehicle traffic or not has got everyone’s knickers in a twist.

But while delays fixing the damn thing keep getting pushed back, and irate motorists are distracted, new plans for a segregated cycle highway have been devised either side of the Victorian crossing.

Under the proposals which went out to consultation over the summer, Prince Street would host a two-lane cycle way on the west side of the street from the city centre to the bridge, with the cycle lanes continuing on the other side past the M Shed to Cumberland Road.

Two roads – Narrow Quay and Farrs Lane – would also be pedestrianised, leaving a traffic-free walking route from the centre alongside the harbour to the Arnolfini.

The changes, which will be paid for with the Government’s Cycling Ambition Fund, are due to accompany the MetroBus route which will go down Prince Street but not over the bridge, following an amendment made by former mayor George Ferguson.

Bristol24/7 asked Bristol City Council for details and timescales on the scheme, but nobody was available for comment.