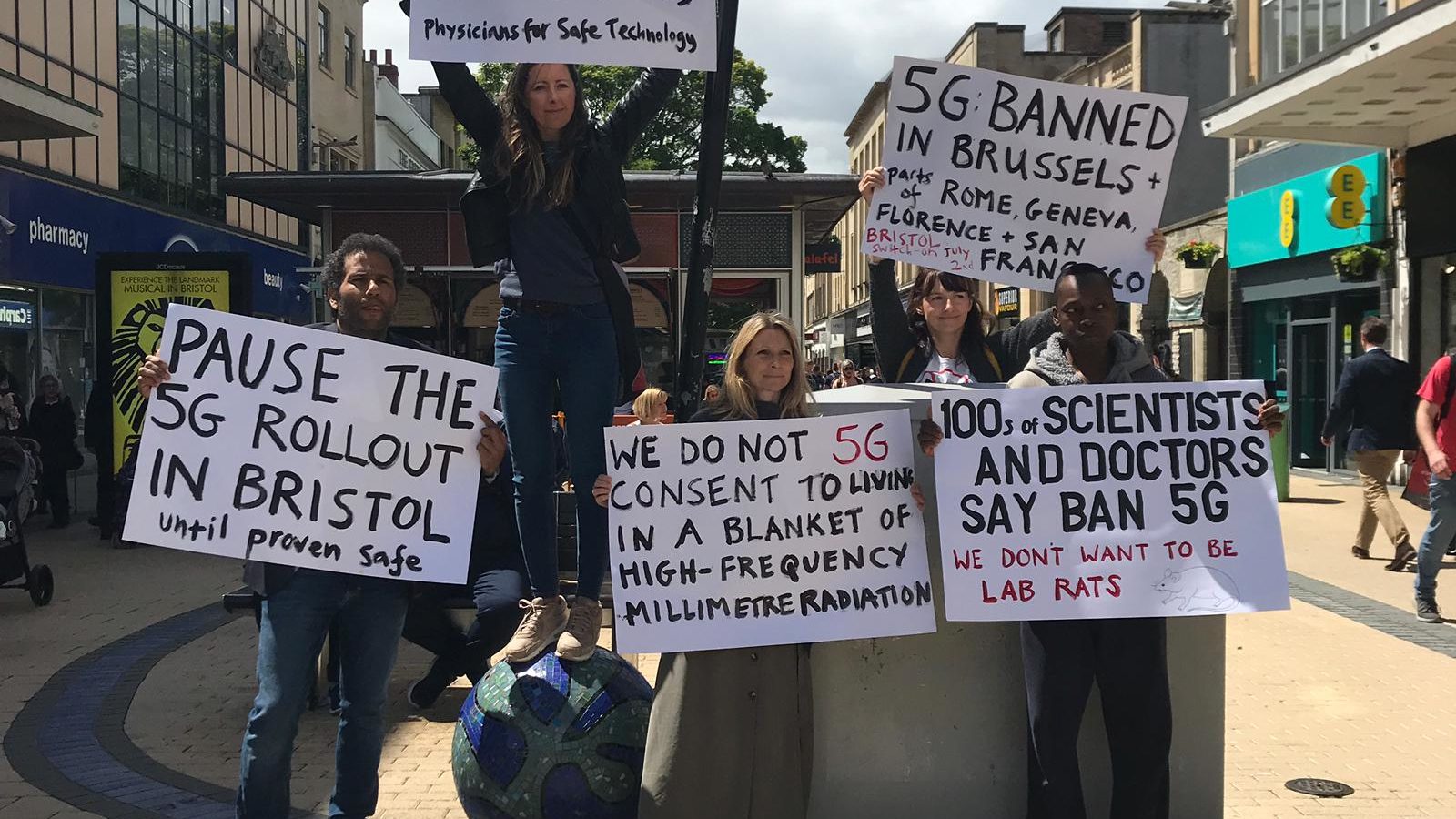 Announcing the extension of the Smart Tourism project, regional mayor Tim Bowles said 5G technology “has the potential to revolutionise the way we live and work”.

Bristol is at the forefront of research into how the next level of connectivity can be applied to projects, from boosting tourism to improving safety.

While on the commercial side, Vodafone is set to launch its 5G network in the city on Wednesday, July 3, with other providers set to follow suit.

But more than 4,900 concerned residents have signed a petition calling for the roll out to be halted – at least until more testing has been completed – amid fears the radiation levels are harmful to health.

Explaining why she is calling on the city’s political leaders to pause the roll out of 5G, petition organiser Sally Beare said: “We – a large and growing group of campaigners – started the campaign because we object to being mandatorily subjected to living in a blanket of high-frequency microwave radiation from which there will be no escape.

“5G has not been safety-tested and has been shown in independent studies by international experts in radiation and biochemistry to be harmful to all living things.

“We do not believe that the benefits of 5G will justify the potentially huge costs in health and wellbeing and we consider its roll out to be a violation of our rights.”

Responsibility for the 5G roll out across the country ultimately sits with the government.

Addressing health concerns, Simon Mann, head of radiation dosimetry at PHE, says: “It is possible that there may be a small increase in overall exposure to radio waves when 5G is added to an existing telecommunications network or in a new area.

“However, the overall exposure is expected to remain low relative to guidelines and as such there should be no consequences for public health.”

Bristol City Council and the West of England Combined Authority (WECA) – which Bowles leads – are both supportive of continued work into how the technology can be applied. WECA is playing a key role in the roll out across the region. 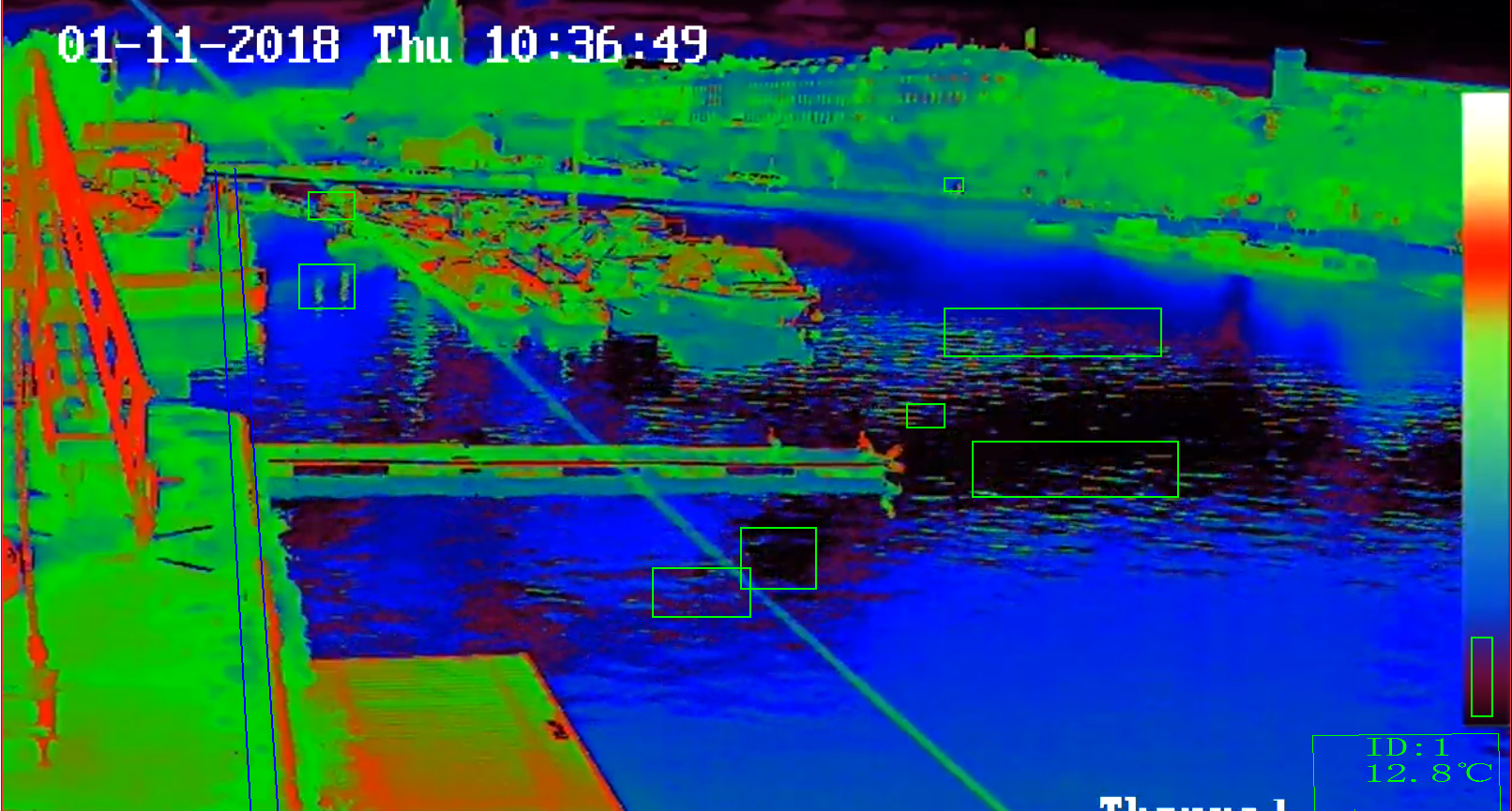 Responding to the fears around the 5G rollout, a Bristol City Council spokesman said: “Bristol has a growing reputation for innovation and its thriving digital economy.

“Through ‘Bristol Is Open’, the city has led the way in research and development initiatives that contribute to the development of smart cities.

“Digital transformation will help us transform public services in Bristol and improve safety, as was demonstrated through the 5G Smart Tourism project trialed on Prince Street Bridge last autumn.

“The new technology was used with CCTV cameras on the harbour side to notify the control centre if anyone falls in the water, helping to save two people. Public Health England has carried out a considerable amount of research into radio waves and they anticipate no negative effects on public health.”

Read more: Bristol a testbed for 5G technology that could save lives

Campaigners argue more caution is needed and are calling on the city’s leaders to follow the likes of Glastonbury, Brussels, Geneva and Florence in pausing the roll out until independent scientists can confirm the total radiation levels won’t be harmful to citizens. 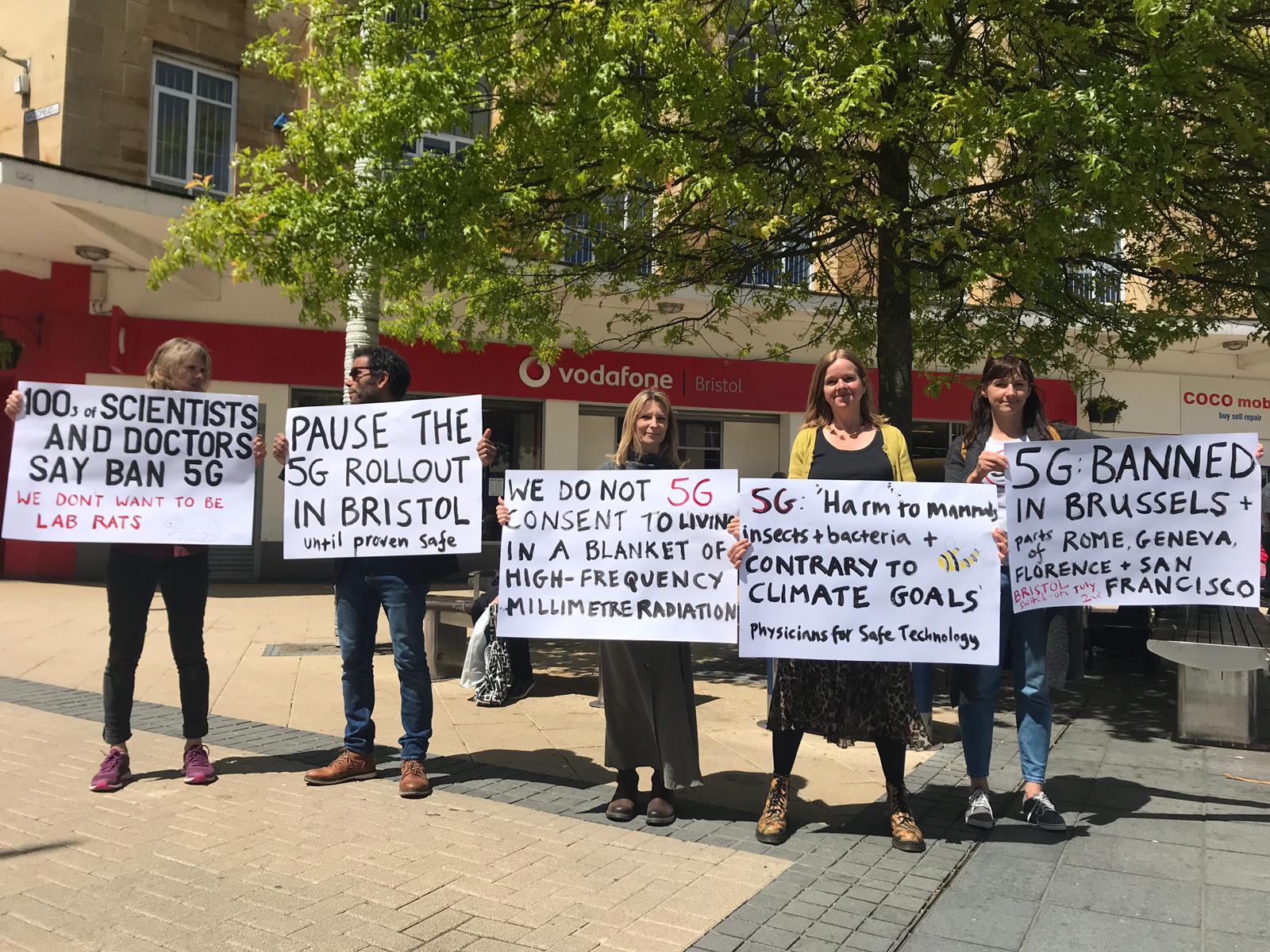 Bristol24/7 contacted Dr Frank De Vocht, a reader in epidemiology and public health at the University of Bristol, who has researched the potential impact of 5G, for answers.

He said: “Based on the available data of all studies in humans and animals (and mechanistic data) there are some, but not very strong, indications that high exposure to 1/2/3/4G may possibly cause certain types of cancer.

“On balance, looking at all the evidence, it seems possible but not likely.”

De Vocht went on to say that “claims about 5G being ‘the new asbestos’ or ‘new tobacco’ are simply incorrect”, explaining: “For the additional 5G millimetre waves bit that is the concern, no studies in humans have been done. What we do know about this type of radiation is that it is very unlikely this will add to any excess health risks, such as cancer, at the expected levels of exposure (for example, it does not penetrate deeper than the skin).

“Having said that, although the scientific and public health case to invoke the precautionary principle as a reason for stopping the roll out is weak, there can be an issue for electro-hypersensitive individuals in the community.

“It does not matter here whether this is really the effect of exposure to electromagnetic radiation or not, but the added stress of the roll out and – perception of – added exposure alone can result in real health effects.

“Moreover, it seems to me that it is up to communities themselves to have some say in what they want their own environment to look like.”

In a statement, Vodafone said: “The frequencies proposed for 5G are covered by existing international and national exposure guidelines and regulations for radio-frequency electromagnetic fields.

“These international guidelines are based on extensive reviews of published scientific research and apply in the same way to 5G as they do to existing 2G, 3G and 4G technologies and other radio-frequencies such as radio and TV transmissions.”

Read more: ‘Sounding the alarm on Bristol’s 5G roll out’