From jewellery to bamboo, fish to flowers, a collection of shipping containers in Bristol sell an eclectic range of items. You can either do yoga in them.

It continues to grow and attract new businesses, and has now been named by modular building experts Elliott among their top-five UK retail villages and pop-up shopping centres.

Elliott’s strategic sales & marketing director, Trace Norton, said: “It’s a joy to see so many towns and cities thriving from something as simple as a storage container.

“Their versatility really is inspiring, and we would recommend that anyone close to our top-five should go and visit and see the excitement for themselves.”

Norton added: “Made up of two parts, Cargo 1 arrived in October 2016 and Cargo 2 followed in 2017. Built in Wapping Wharf, it’s renowned for its food and drink.

“In fact, food writer Xanthe Clay of the Telegraph once described Cargo as ‘an example of inner-city restaurant development done right’.

“Favourites include The Bristol Cheesemonger, Salt & Malt and The Pickled Brisket.

“Cargo is now seen as one of the go-to places to visit in Bristol, it completely revitalised the area and has attracted entrepreneurs from all over the world to set up their new businesses there.”

Elliott’s other go-to storage container villages are Box Park in Shoreditch, Stack in Newcastle, Hatch in Manchester and Spark in York. 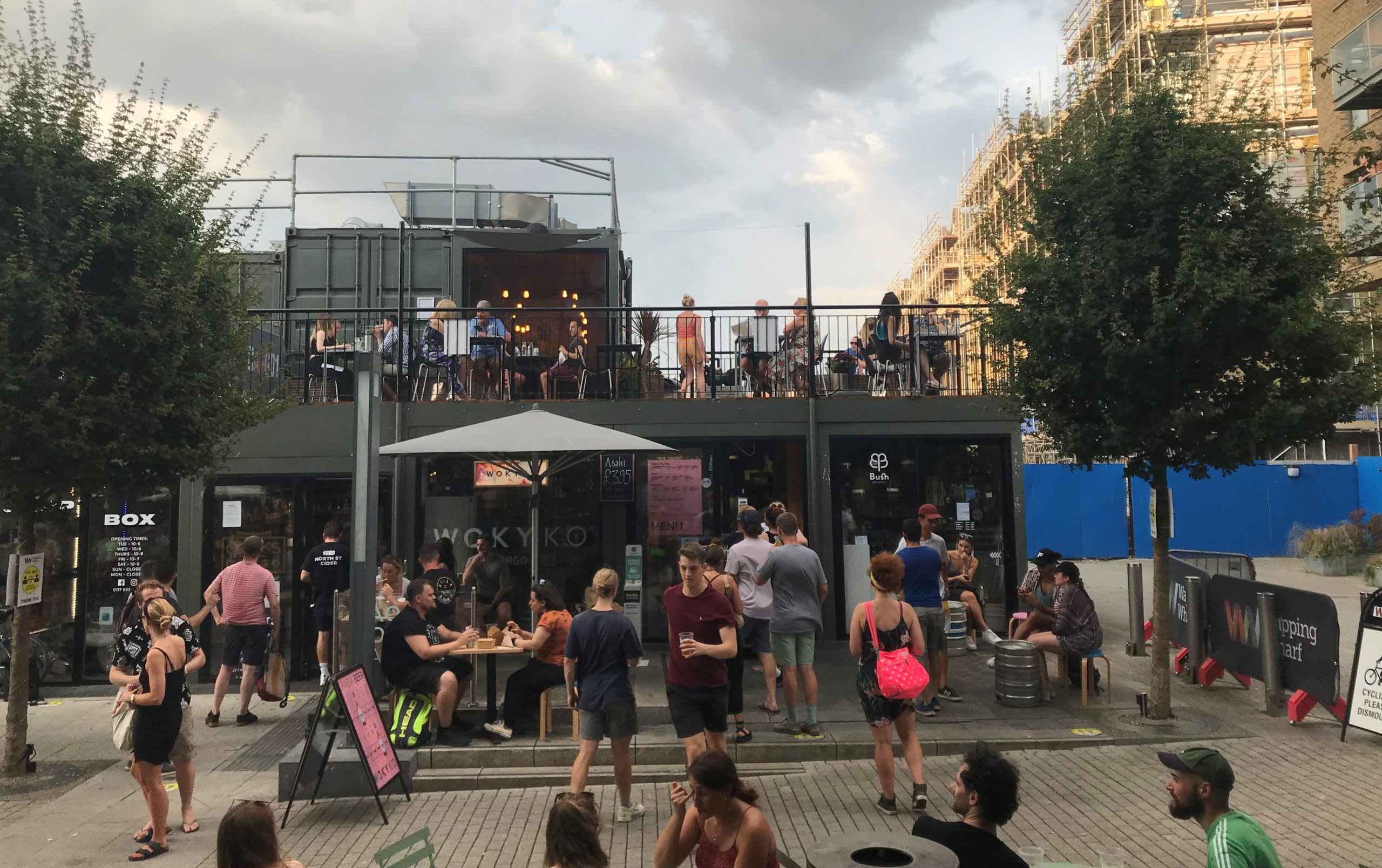 Cargo at Wapping Wharf opened in 2016 – photo by Martin Booth