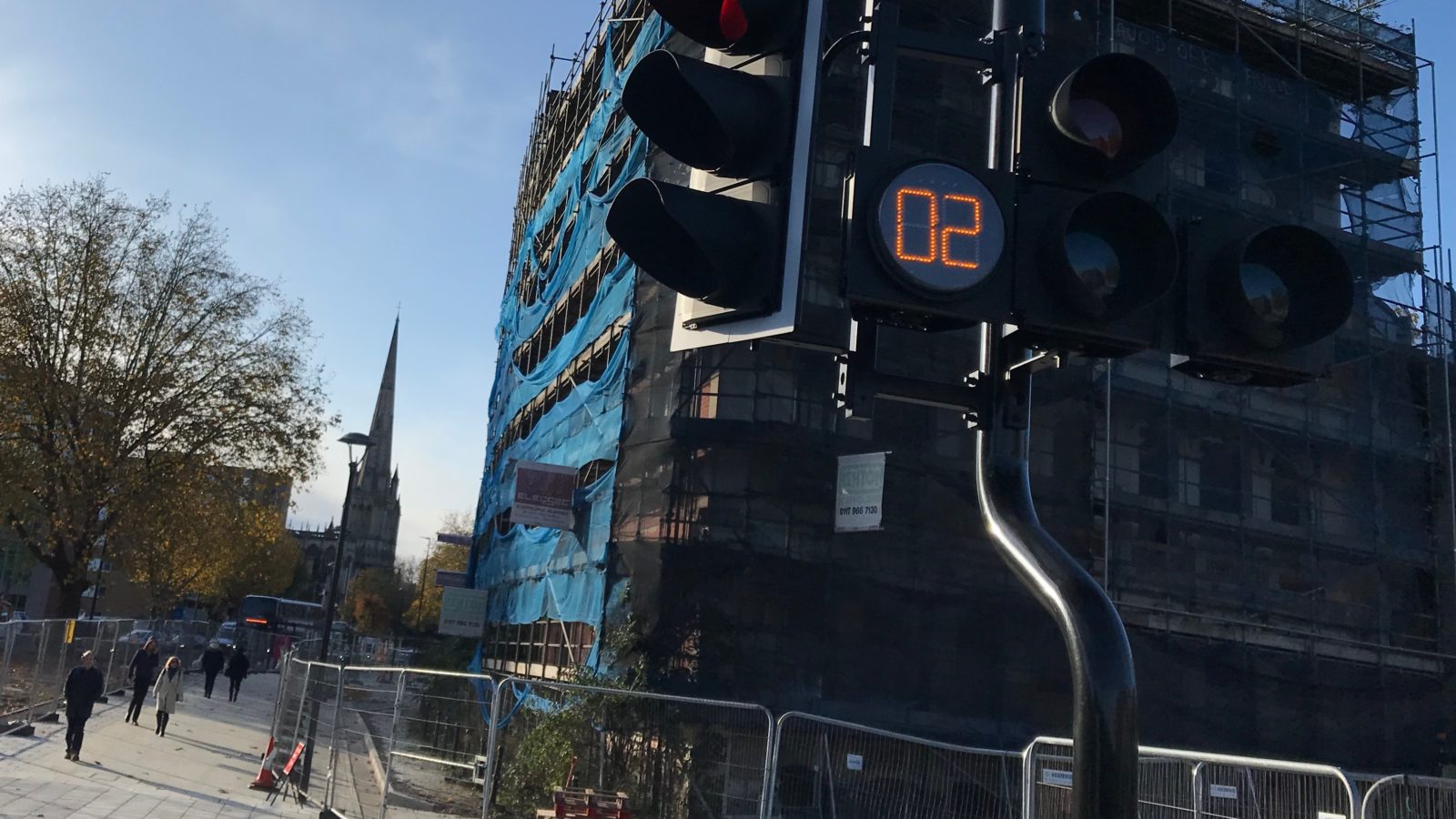 People in towns and cities across the UK have become familiar with countdown timers at many junctions, showing how many seconds until the red man appears.

Now Bristol has got its first such countdown timer as part of the new road layout near Temple Meads, now more than a year overdue to be completed.

When Bristol24/7 visited the crossing on Thursday soon after it opened, it took more than 30 seconds for the green man to appear after the button was pushed.

“Our new crossing at #TempleGate is now open and the countdown timer switched on,” Bristol Temple Quarter tweeted.

“This is the first of its kind in Bristol & helps pedestrians & cyclists judge if there’s time to start crossing.”

The countdown timer does not start immediately but comes on with 11 seconds to go, replacing the green man and green bicycle symbols until the red man reappears, with national standards used to calculate crossing times according to Bristol Temple Quarter.

Read more: ‘We must reconsider the dominance of cars on most of Bristol’s streets’