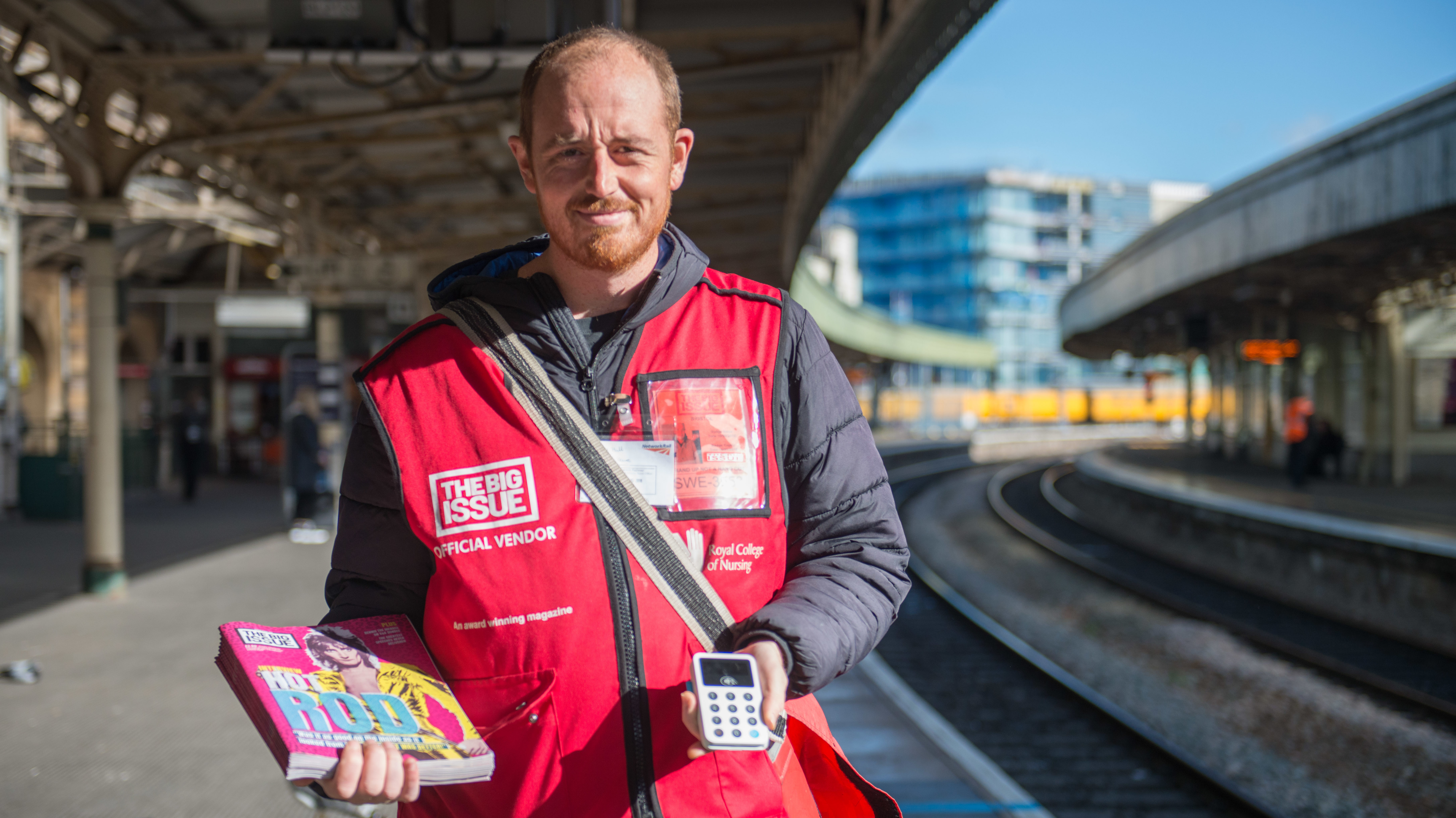 A number of enterprising Big Issue vendors in Bristol have already increased their customer base by investing in the technology to accept cashless payments.

Now, following the success of pilot schemes across the country that saw sales increase, the social enterprise is rolling out a new contactless initiative, enabling people to purchase magazines with either cash or card.

The Big Issue has teamed up with fintech company iZettle, which has provided the technology to make the scheme possible.

Mike Hall, 29, sells the magazine inside Bristol Temple Meads. He said: “Since I started using my iZettle card reader, I have seen my sales increase by a third, which is incredible.

“It has been really important in attracting more customers to buy copies of the magazine from me and I am so pleased to be part of being able to offer contactless.”

In March 2018, Bristol24/7 reported on the success story of Jack Richardson, who sells The Big Issue on Park Street, outside Boston Tea Party, and saw an increase in sales after he was gifted a mobile phone, enabling him to buy a card reader. 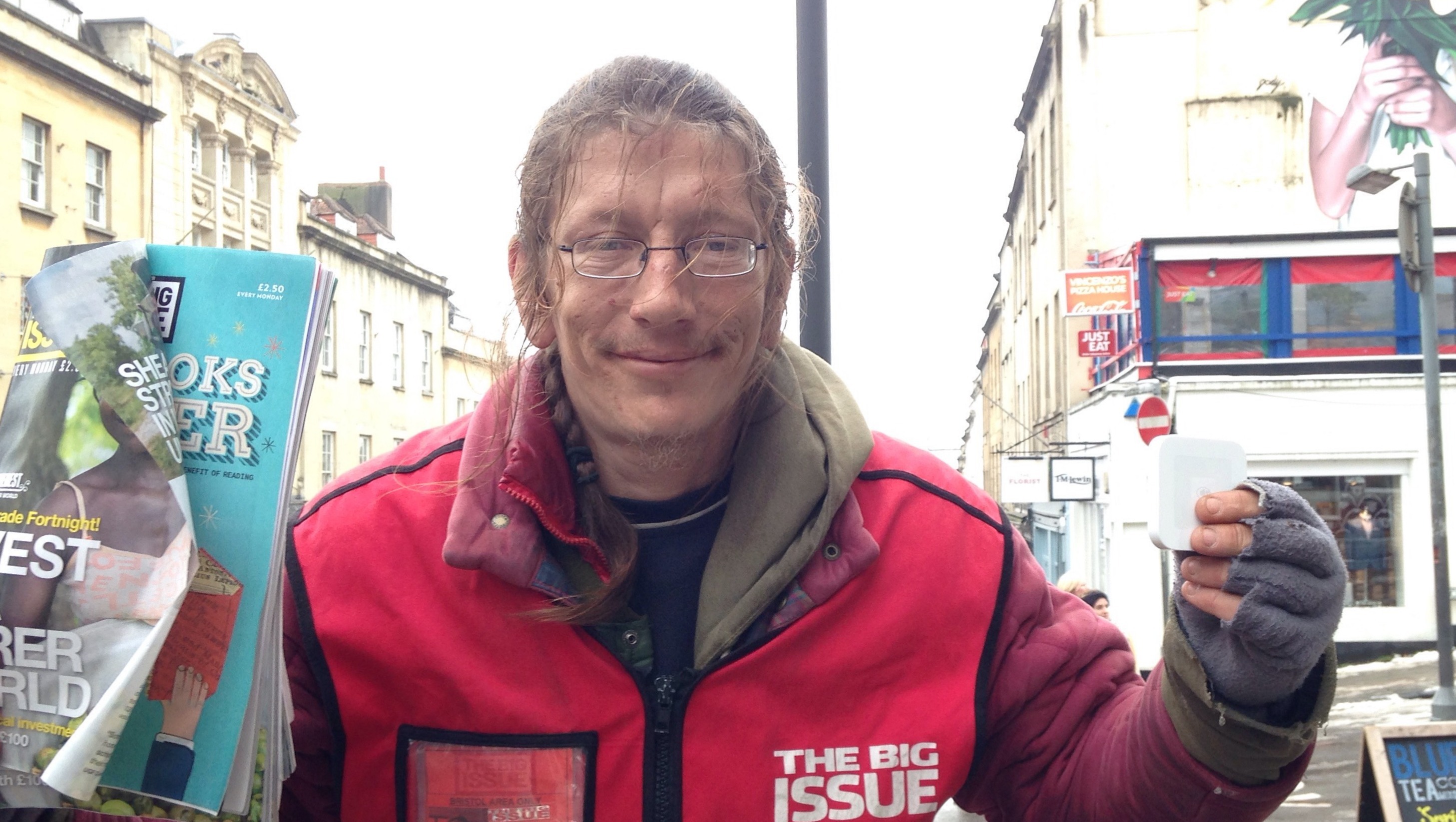 Jack Richardson invested in a card reader in 2018

The nationwide initiative is the first of its kind and aims to help Big Issue vendors – who buy every copy of the magazine upfront for 50 per cent of the cover price – to continue to make a living in an increasingly cashless society.

Kirsten Thomson, sales and operations manager for the South West, said: “Big issue vendors are microentrepreneurs, effectively running their own small businesses. It has long been our intention to provide our vendors with the opportunity to cater for their customers’ needs and increase their ability to earn a legitimate income.

“The Big Issue looks forward to, in partnership with iZettle, rolling the initiative out nationally, in an effort to improve levels of financial inclusion for vendors, who often live lives that are blighted by poverty and who have difficulty accessing mainstream financial services and products typically offered by retail banks.”

Edward Hallett, managing director at iZettle UK, added: “We are proud to support The Big Issue and vendors across the UK as part of our ongoing effort to aid financial inclusion.

“Today 80 per cent of iZettle’s total card payments in the UK are contactless as more people than ever choose to tap to pay for their purchases. It is fantastic to give even more sellers access to the tools they need to stay on top of consumer trends and manage in an increasingly cashless society.”