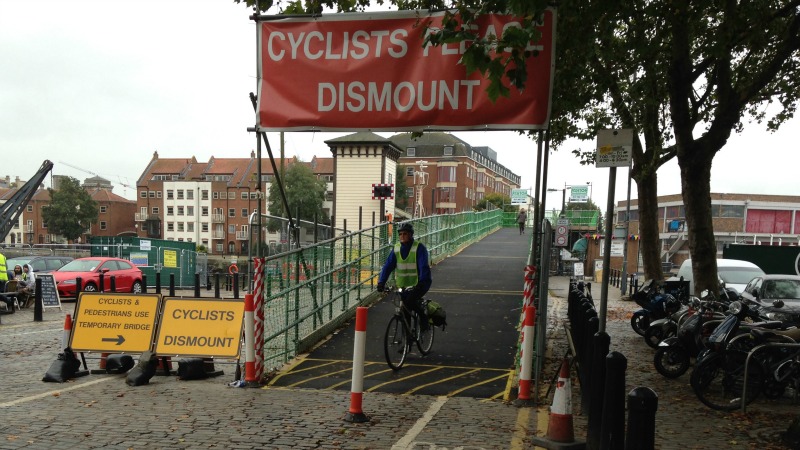 You may have seen the Prince Street Bridge temporary walkway, and the incredible amount of signs that have come with it.

The largest of these signs is a large bright red banner that reads ‘Cyclists please dismount’ – but not everyone is paying it attention.

On Wednesday morning from 10am, we watched the bridge for half an hour to see if cyclists were playing by the rules.

In that time, we saw 26 people brazenly riding over the bridge towards the city centre and a dozen or so more cycling across it in the opposite direction, several swerving to avoid mothers with pushchairs, elderly people and one blind man with a stick.

The vast majority of people with bikes, however, obeyed the signs and chose to walk.

Here are the rule breakers in action:

Walk over the temporary structure in our video