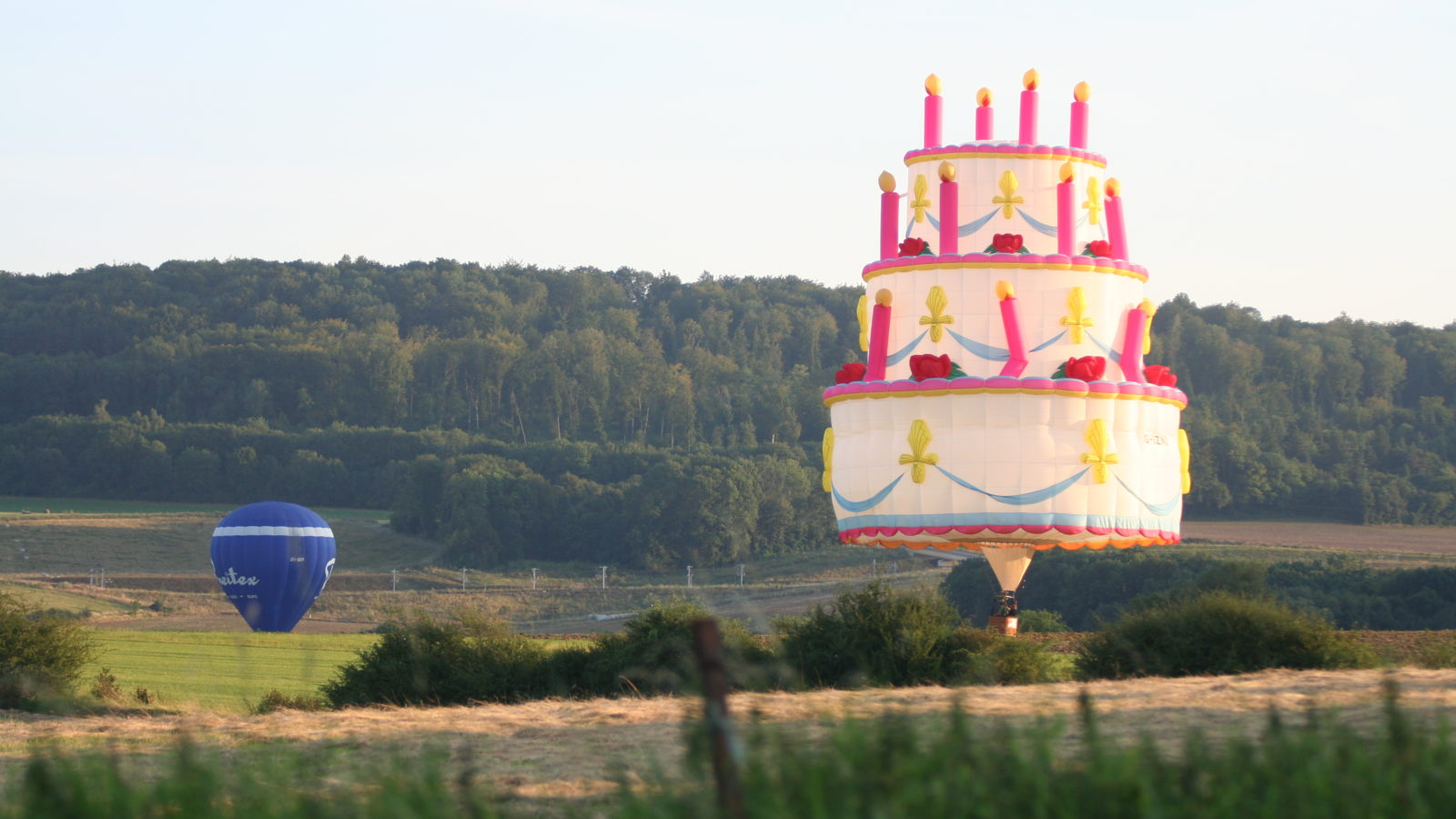 Bristol International Balloon Fiesta celebrates its 40th birthday with 40 special shapes being tethered or flown during each day of the event from August 9-12. Here are just a few of the balloons we can look forward to seeing;

1. Bertie Bassett
The 155-feet-tall candy man used to regularly appear at the Balloon Fiesta. Cadbury decided to stop flying the balloon in 2003 because it didn’t fit in with its marketing strategy. 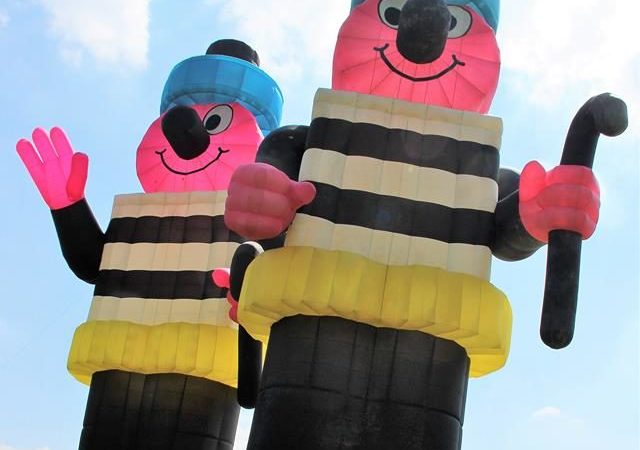 2. Stowells of Chelsea
Because who doesn’t love an enormous box of wine! 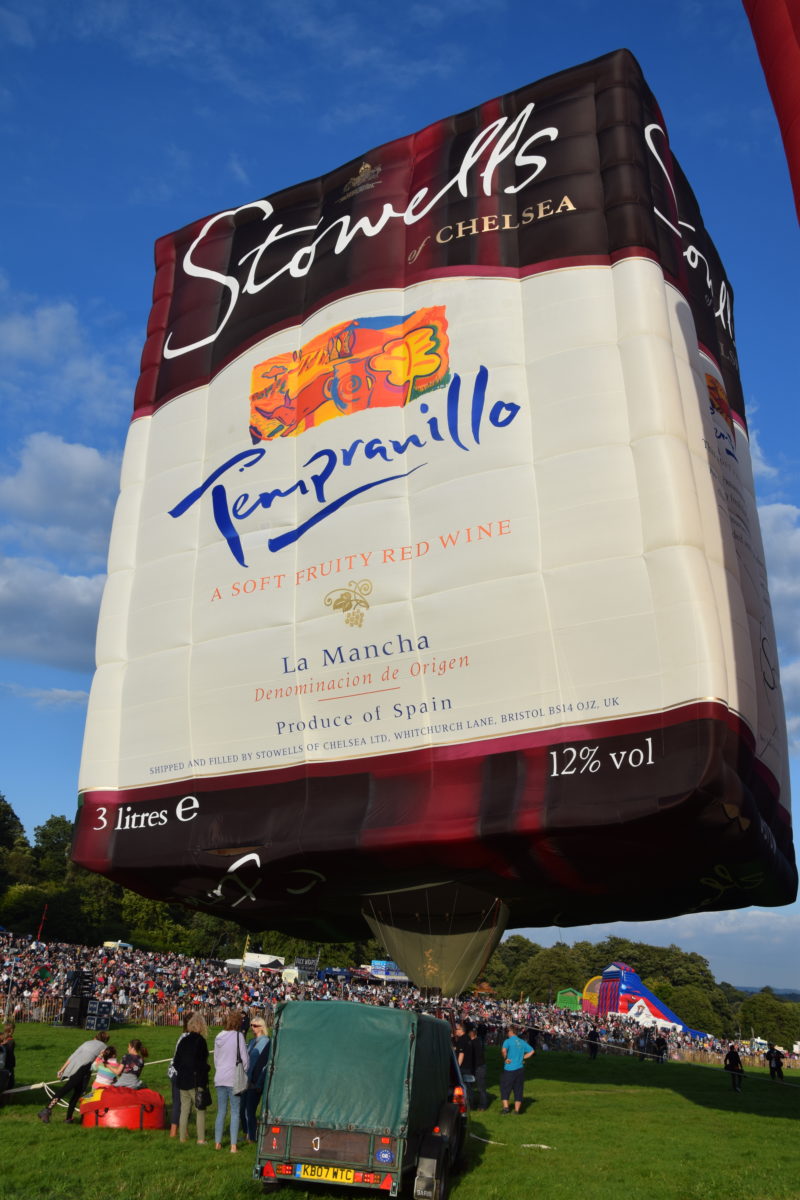 3. Belvoir
Made by Cameron Balloons and operated by Bailey Balloons, it’s pronounced ‘beaver’. 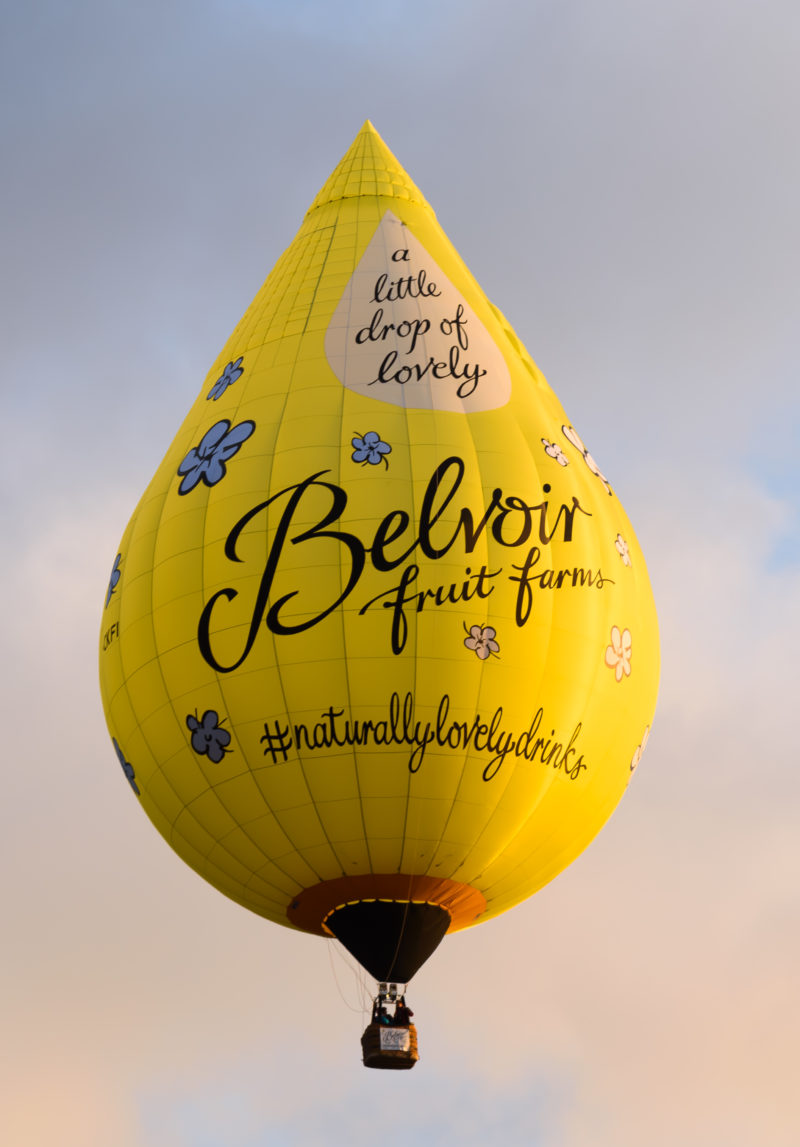 4. Birthday cake
This gargantuan cake will be featuring at the Fiesta for the first time ever and it will be taking pride of place in the middle of the nightglow. 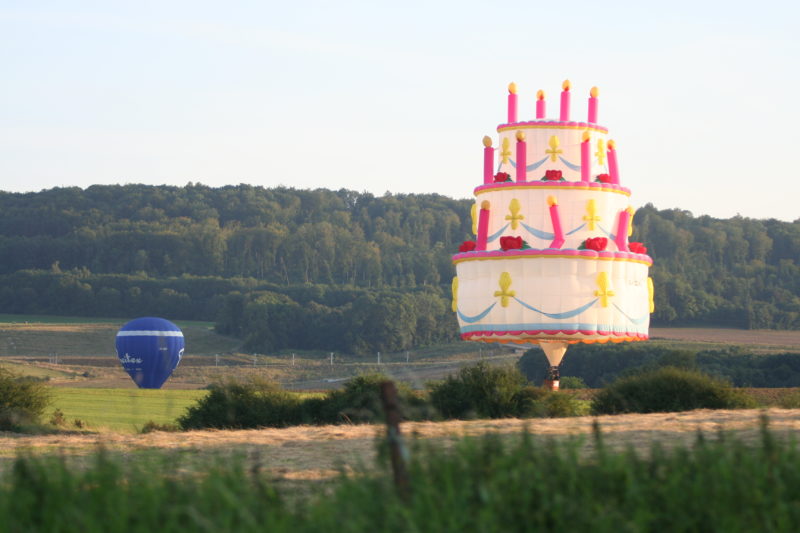 5. Mr Peanut
Mr Peanut reappeared at the Fiesta in 2017 after a break of several years. He is the advertising logo and mascot of Planters, an American snack-food company. 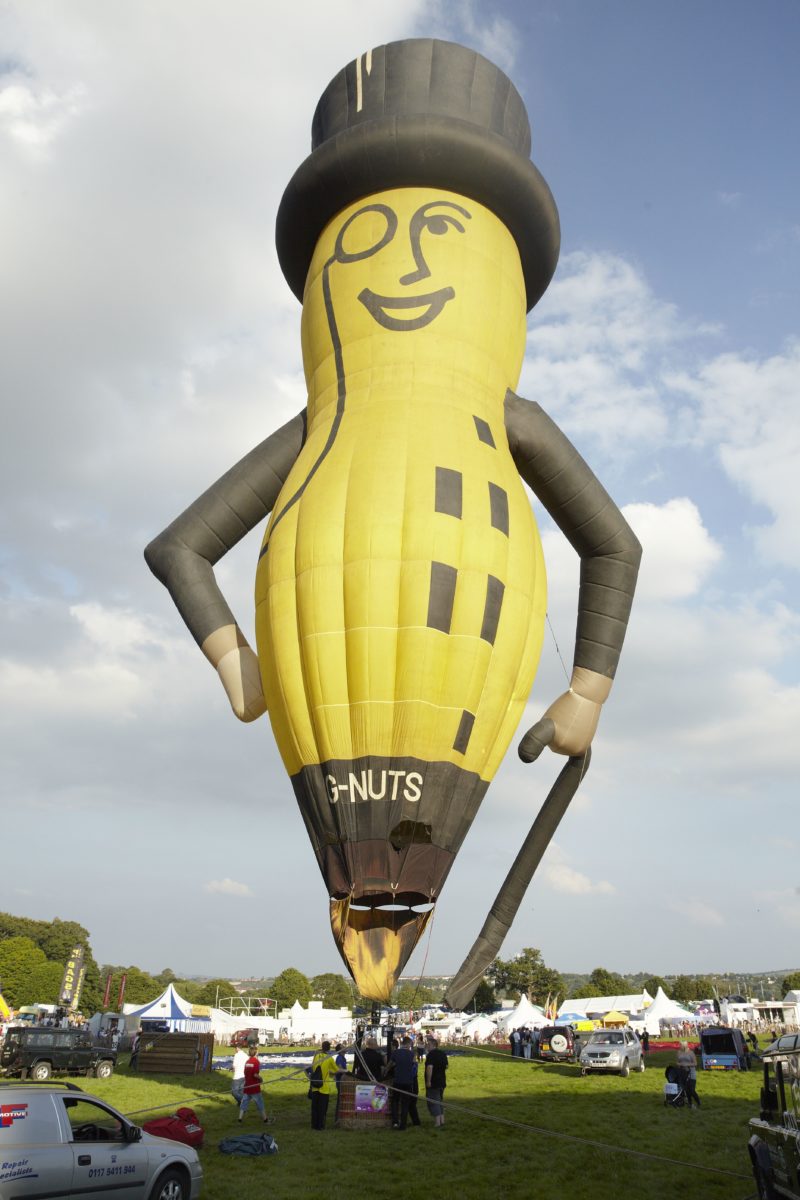 6. Superbike
The Yahama replica superbike is one of the largest special-shape balloon ever made, measuring 37 metres high and 46 metres wide. 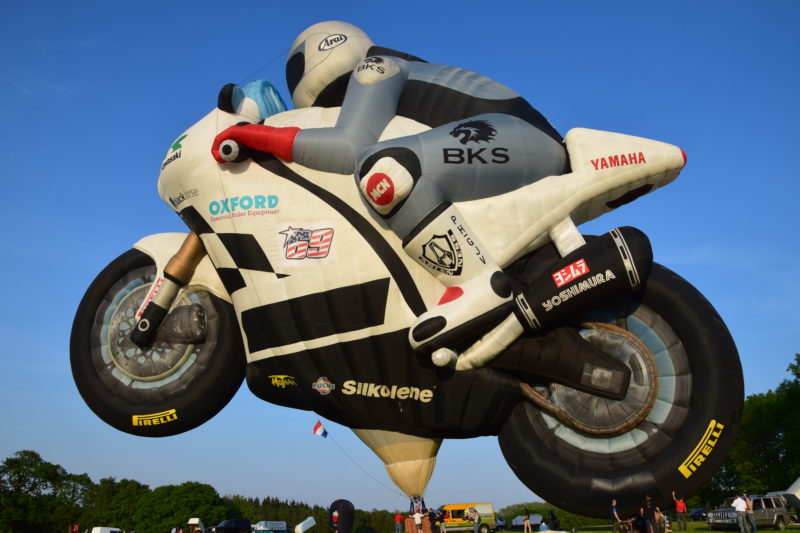 7. Michelin Man
One of four special shapes and seven round balloons that were commissioned for the centennial celebrations of the Michelin Man in 1998. 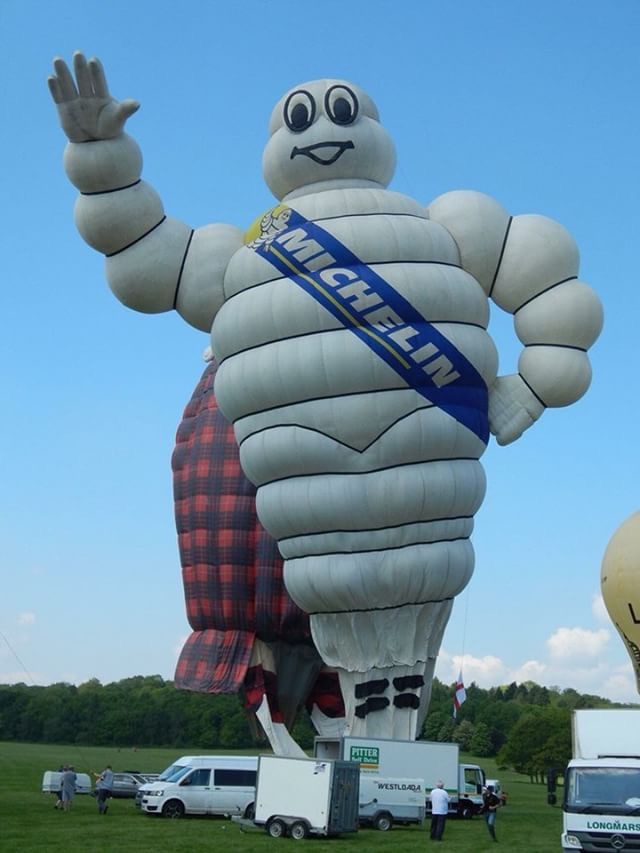 8. Nescafe mug
You’ll definitely need a large cup of coffee if you want to see this year’s early morning mass ascents at the Fiesta, which start at 6am.

9. Owlbert Einstein
It will be the first visit to Bristol for this balloon manufactured in Brazil in 2014 and known as the professor of hot air. 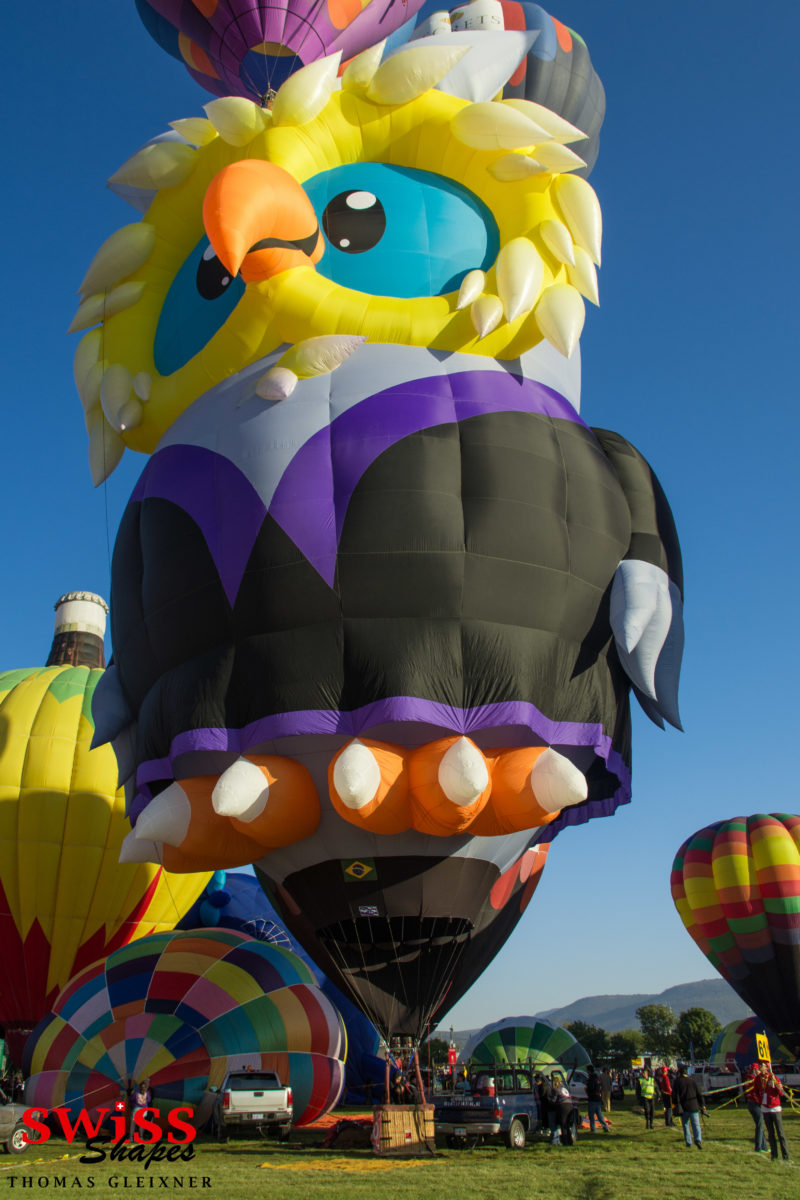 10. Fish
Kubicek Balloons in the Czech Republic built this unhappy fish, which will be making its UK debut at this year’s Balloon Fiesta. 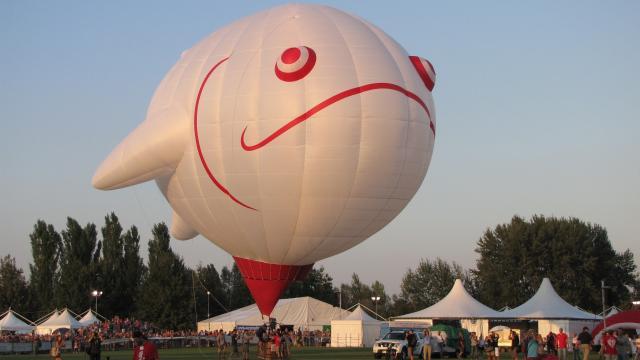 11. Ariel Fairy Liquid
First flown in 1987 but withdrawn from flying in 1992. This squeaky clean balloon will also be making its first Fiesta appearance this year. 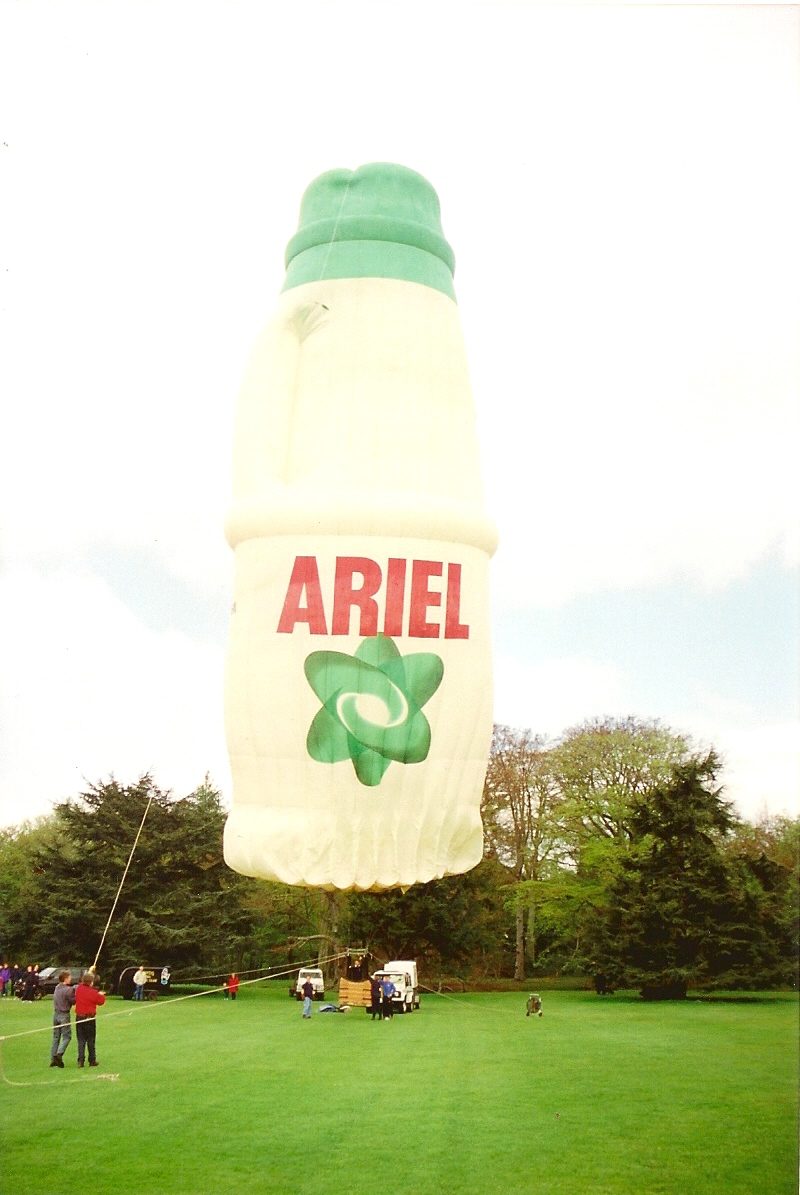 12. Perrier
Balloonatics will know that special shapes are often registered with a special name. G-PERR had its maiden flight in 1980 from Ashton Court. 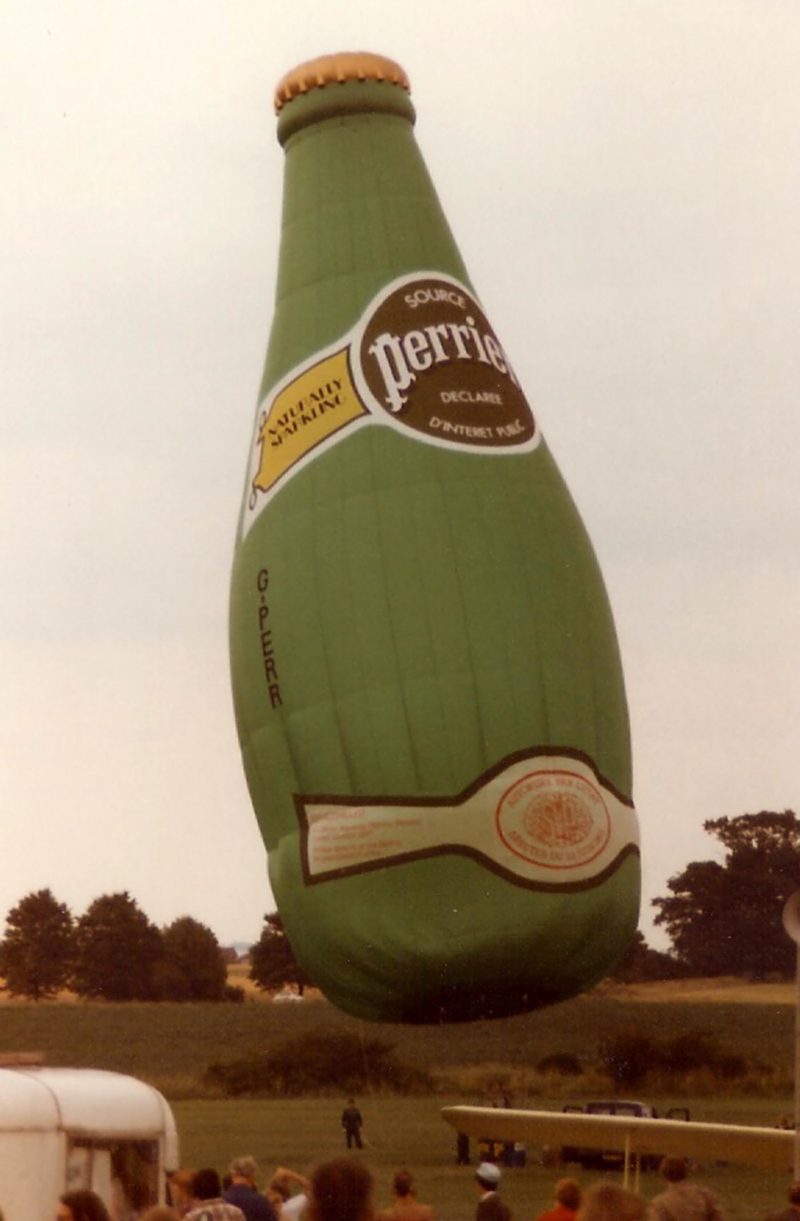 13. The beer barrel
One of a pair of special shapes commissioned by the Charles Wells Brewery in 1982, the other being a pint mug which had a barrel shaped basket. 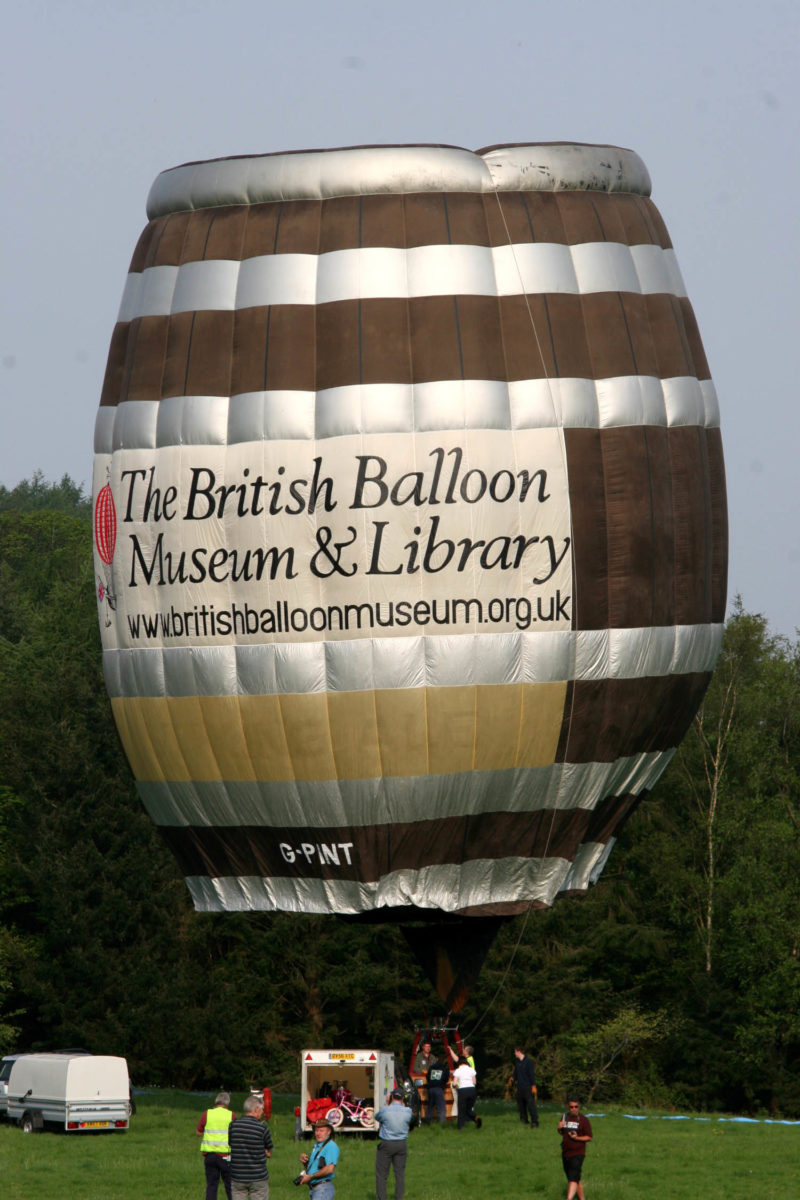 14. Symbaloo
Symbaloo is Longleat’s own lion balloon which is a new favourite among festival-goers. 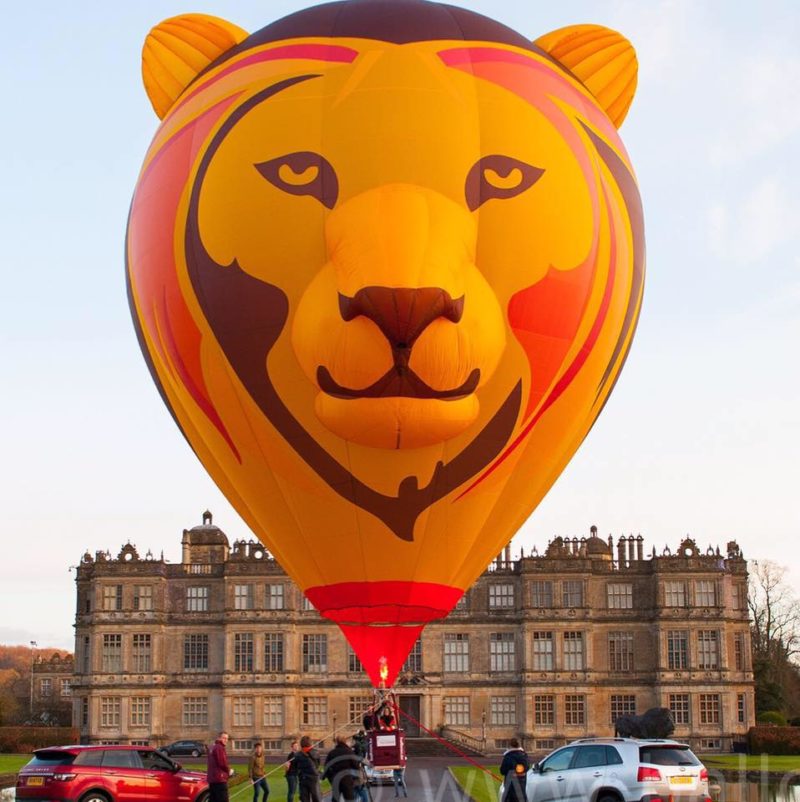 15. Panasonic battery
There will be two of these batteries in attendance this year, but no giant remote control to accompany them 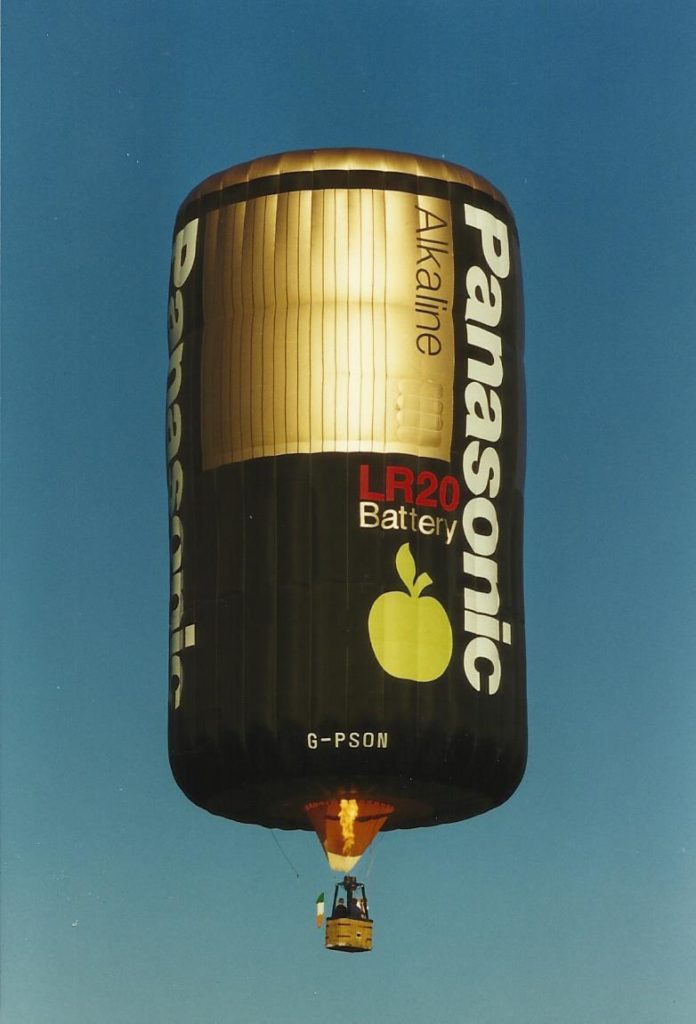