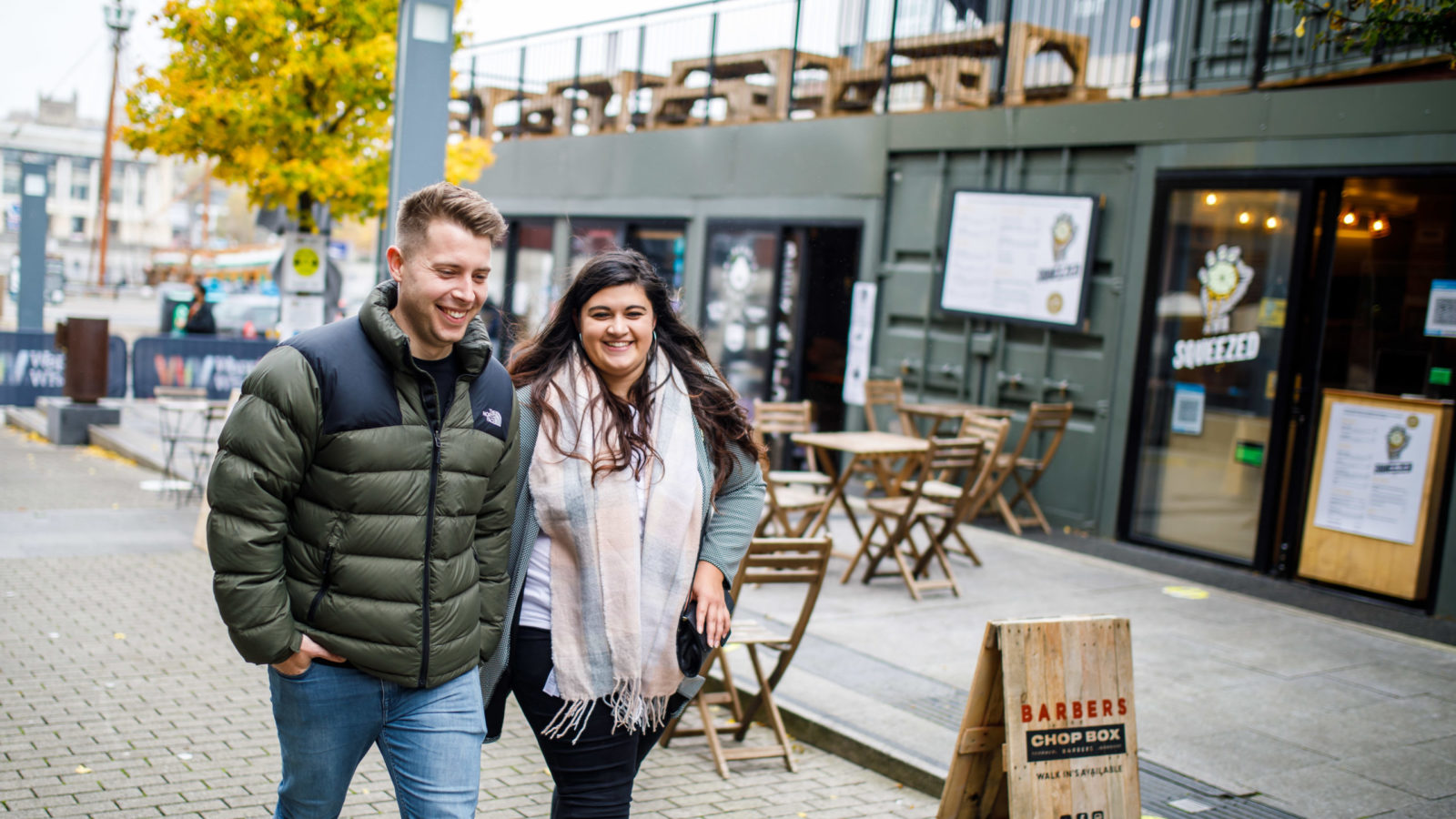 Wapping Wharf is growing with new one, two- and three-bedroom apartments being created in this popular quarter on Bristol’s harbourside. Thinking of a move but keen to hear first-hand from future residents themselves? Couple Jo Ley, 24, and Cary Leighton, 28 are buying a two-bedroom apartment at Hope Quay, part of phase 2 of Wapping Wharf – it’s a neighbourhood they know and love.

Bristol plays an important role in the young couple’s relationship as they first bumped into each other at the Christmas Steps two years ago and paired up shortly afterwards. Graphic designer Jo is a former UWE student who stayed on after graduation and Cary, a development surveyor, knows the city well as he grew up in nearby Clevedon.

The couple have been renting a one bedroom flat together on Baldwin Street for the last 18 months but have always had their heart set on buying a property in Wapping Wharf. They are often to be seen at weekends frequenting one of the independent eateries at CARGO, Wapping Wharf’s much-loved hub of converted shipping containers, home to an array of independent shops, restaurants and more. They are especially fond of having a drink and bite to eat at Wild Beer.

“I used to walk past Wapping Wharf back in 2015 when I was a student,” recalls Jo. “The development started taking shape and I always knew it was somewhere I would like to live one day. The area has a unique community feel which makes it so special. It really feels European, with its pavement cafes and open spaces.” 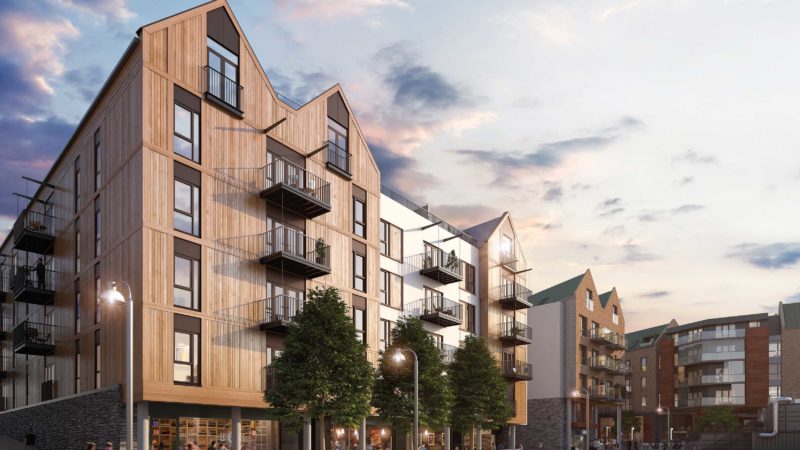 “This is the most desirable part of Bristol to live in.” Photo: Wapping Wharf Living

Cary agrees: “This is the most desirable part of Bristol to live in. We wanted to be close to the water and the independent shops in CARGO but also have city-centre shops, bars and restaurants on our doorstep. It really is the perfect spot.”

The couple bought their property using the government’s Help to Buy scheme and are planning to move into their flat in early 2021.

“We went to the preliminary off-plan sales meeting a year ago and initially thought we had the budget for a one bedroom flat,” says Cary, “but Help to Buy has meant we are able to buy a larger two-bedroom apartment which we are thrilled about.”

And the extra space has perhaps never felt more important, with both of them currently working from home due to Covid-19 restrictions.

“We are definitely planning to turn the second bedroom into a home office for us both with potentially a sofa bed for when we have guests to stay,” says Jo. “I love the idea of being able to close the door on the working day and having a completely separate living area for relaxing in.”

So, aside from the obvious extra space, what is it they love about their soon-to-be new home? 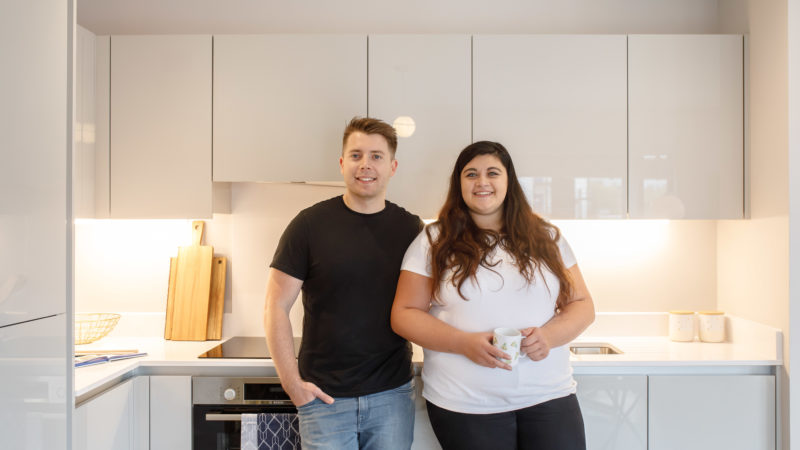 The couple are counting down the days until they move in. Photo: Wapping Wharf Living.

“The finish on everything is such high quality,” says Jo. “From wooden floors through to chrome door handles and a beautiful kitchen area and bathrooms. We love how light the apartment will be with floor to ceiling windows and a really generous living space. We are already busy planning where all our furniture will go.”

Another big pull for the couple is the much-coveted parking space right in the centre of Bristol and a balcony overlooking Abel Yard.

“Our current flat is a one bed with no outside space, so the difference is going to be huge. We are going to put a sofa and table on the balcony. We’re also going to get a bike which we can put in the store downstairs,” says Cary.

The couple are also very pleased to have the harbourside on their doorstep.

“It’s great being near water. I plan to go for runs around the harbourside and just enjoy being in the thick of such a thriving area of Bristol,” says Cary. “Wapping Wharf has all the best bits of Bristol. We can also easily get to King Street and Cabot Circus and can be over at North Street in Bedminster within 15 minutes.” 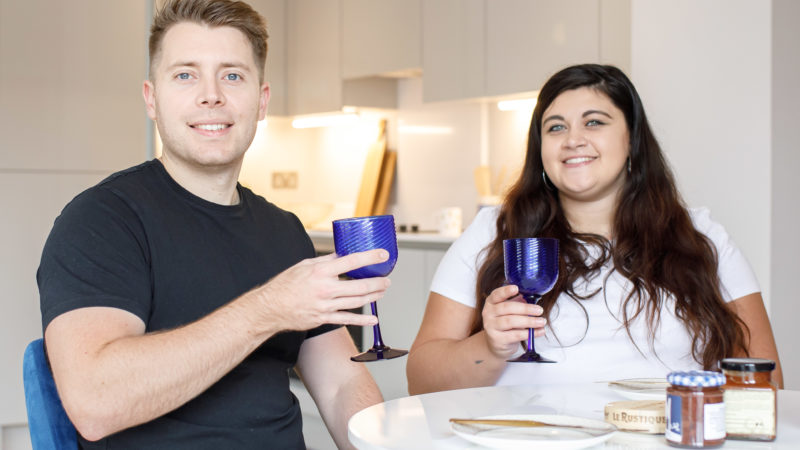 “The finish on everything is such high quality”. Photo: Wapping Wharf Living.

Jo says they love many of the independent shops and restaurants that Wapping Wharf has to offer. “We might go for a coffee at Little Victories on a weekend morning or maybe stop at Salt & Malt later in the day for fish and chips. We’re also huge fans of the Bristol Cheesemonger and Mokoko.”

The couple are counting down the days until they move in and are taking plenty of photos and videos of the build as it happens.

Jo says: “Wapping Wharf has been so carefully thought out as a development. It really feels like we are part of the future of living, where communities are created to last. This is a very special place that houses independent businesses and beautiful living spaces and has already created an amazing community.

“I’m proud to be moving somewhere that encourages people to socialise and supports independent businesses so wholeheartedly.”

Photos supplied by Wapping Wharf Living. Photos of buyers Jo and Cary in the show home + CGI (for illustrative purposes only).