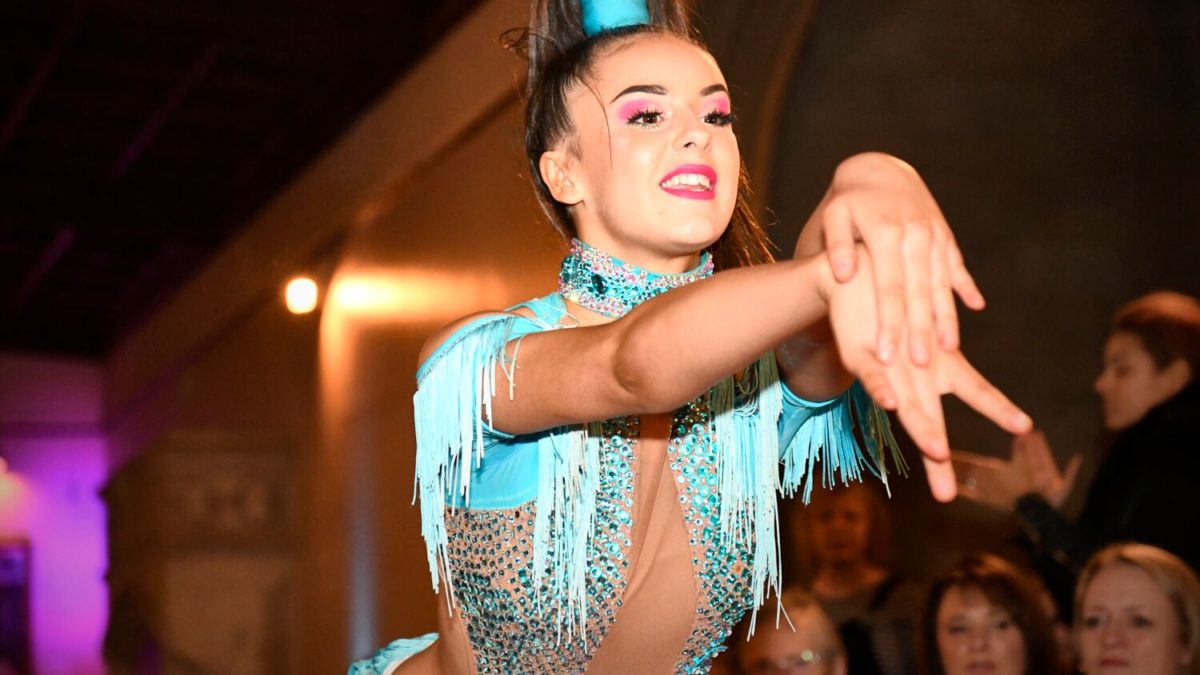 Supporting independent fashion designers and makers, the Bristol Fashion Show celebrates creativity in a fun-filled event that encourages over 25 talented makers, fashion brands and designers to get involved in the two-night show for creatives of all levels and backgrounds.

“The aim of the show has always been to bring people together to create a sense of community with designers, models, hair and make-up artists and photographers,” says Bristol Fashion Show founder Butzi Schlaadt. “We admire the diverse talents and individuality of the designers and artists we meet, and believe everyone deserves to sparkle!” 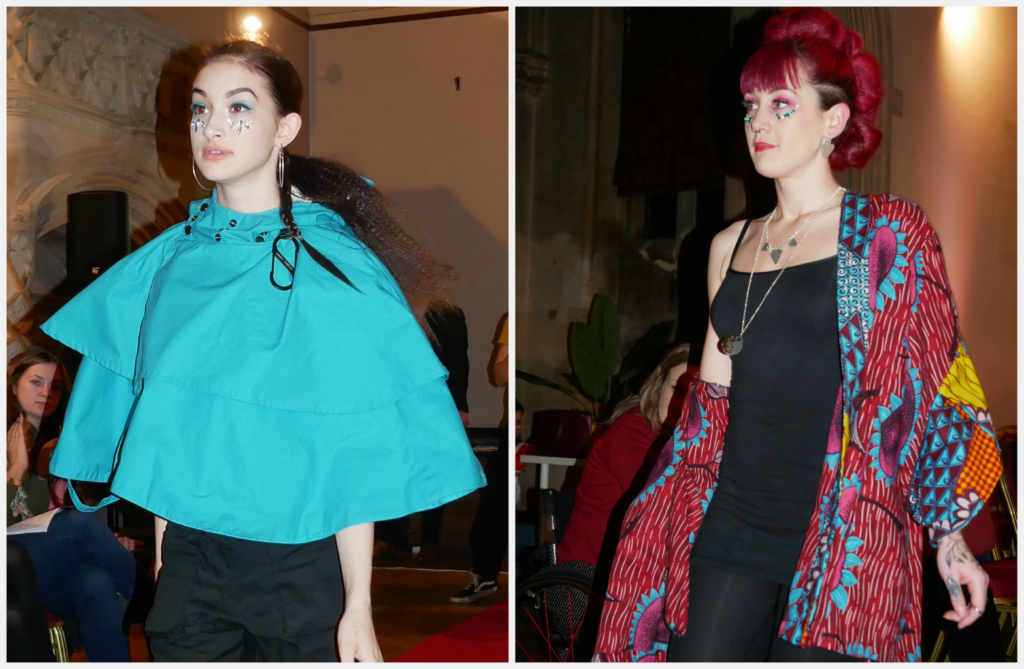 “It’s a huge honour to be a part of a Bristol Fashion Show”, says Cat Jameson of Carny Valley Capes. “Bristol is incredible in terms of creativity and independent, small brands.

“It encourages more people to become more sustainable in terms of fashion, to get them acquainted with who our homegrown artists are and to even buy just one product from them, instead of from the high street.”

By encouraging more local people to support independent fashion designers, shows like these can help to move consumers away from fast fashion.

“I’m a big supporter of sustainable fashion,” adds HighJackets designer Deana Fox. “I upcycle good quality, preloved jackets by customising and repurposing them. I’ve always brought clothes from charity shops and upcycled them. We should try to reuse what we can and get creative!”

The Bristol Fashion Show offers great exposure for all local creatives and designers, especially those who are struggling to break through.

“It’s quite hard to get my designs out there,” explains Deana. “I sell my jackets on Etsy and in Repsycho on Gloucester Road, but social media is such a huge thing that you need to have a business head to be able to promote yourself.

“Bristol is a great place but it’s hard to break-through, so it’s great to be included in the show. As a Bristol girl I have seen the city change so much, Bristol is brilliant, there is so much going on, it’s exciting!”

The show opened with a carnival of gymnasts performing impressive acrobatics – on the limited space of the catwalk – while modelling bold and fun activewear by Moongaze Leotards, followed in contrast with upcycled streetwear by Grace McCrindle, aka SiXy. 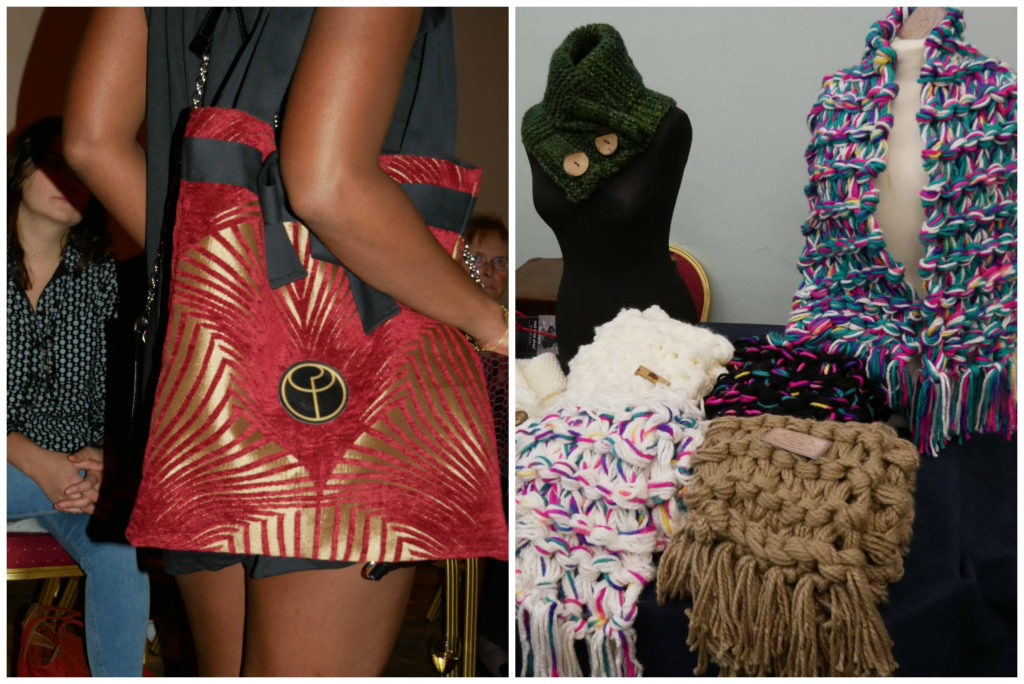 Accessorise this winter with high-end handbags by Claudia Furst and chunky handmade scarves by Crafty Pigs.

Each designer added their own stamp on the show, from upcycled creations and statement t-shirts by anti-bullying brand I.Should.B to a more political approach from HighJackets punk pieces and Carene Leslie’s streetwear featuring a bullet proof jacket with “Keep fighting for freedom” emblazoned across it.

Statement slogans and political stances at the Bristol Fashion show

So Laisy took things a step further showing an impactful video on the dark side of the fashion industry while their models walked down the catwalk in upcycled streetwear.

It was refreshing to see an array of models and performers too, some as young as four-years-old, take part in the show. The highlight was seeing Carmela Chillery-Watson, who has Muscular Dystrophy. She stole the show on the Saturday night wearing a Moongaze leotard and Crafty Pigs tutu. 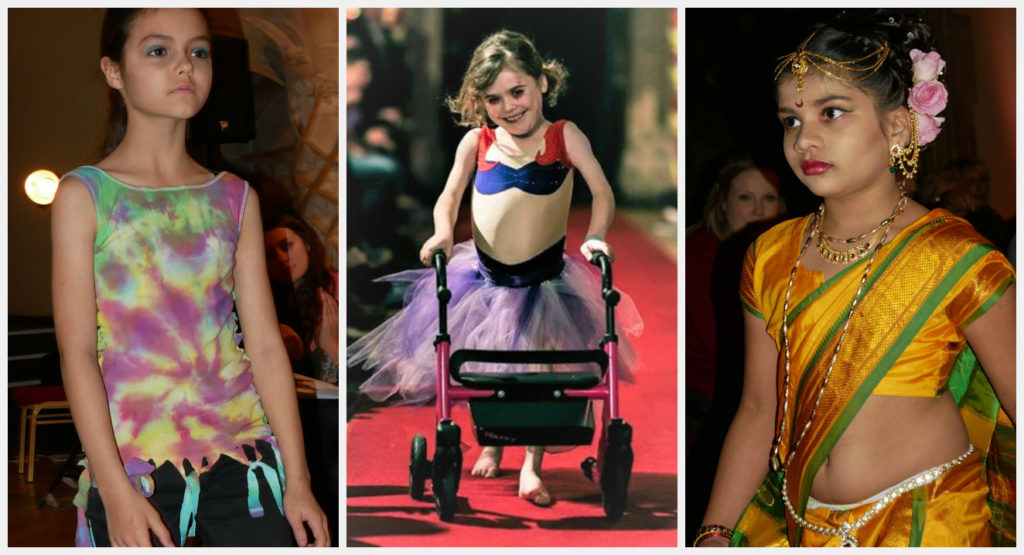 “The highlight was to see Carmela, it has been her dream to model and we wanted to help raise awareness for  Carmela’s Stand up to Muscular Dystrophy organisation,” says Butzi.

The new designers to watch in 2020 include colourful fashion designer Jules and stylish handbags by Claudia Furst.

The feisty bodywear by Black Olive has that Bristol festival vibe going on and Nangshiva Clothing brought theatrics to bodywear, collaborating with the playful costume inspired creations from La Las Pixiewinks. Who would have thought a baby pink balaclava adorned with pearls could look so cute? 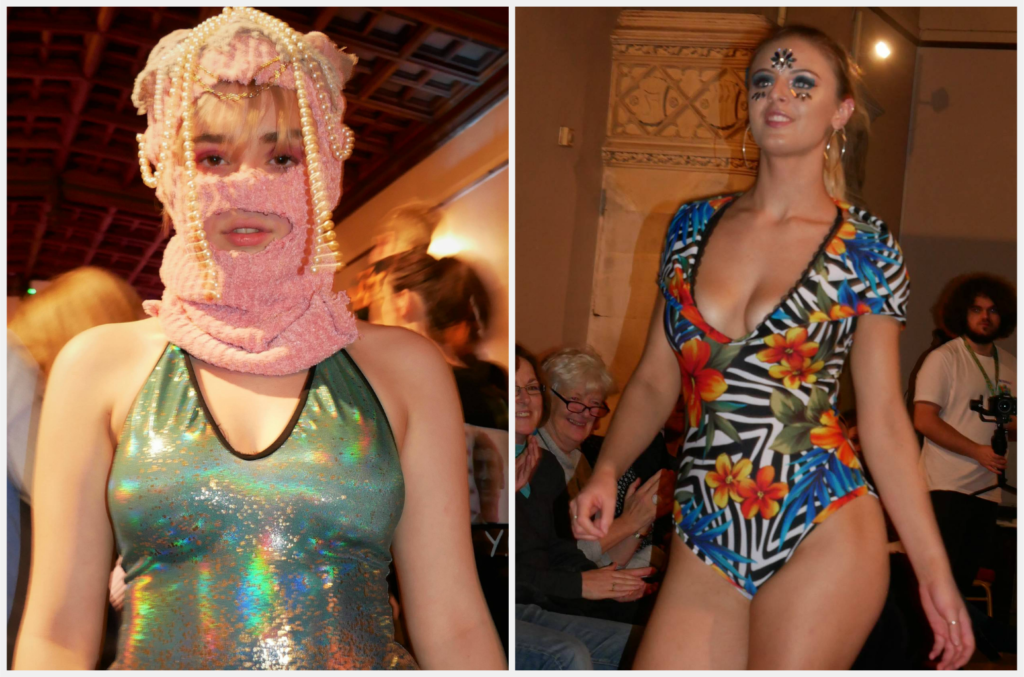 A final highlight had to be the beautiful, floral body painting by Claudia Lucia Make-up, whose brave model walked the catwalk in nothing more than body paint, a pastel tutu skirt by Crafty Pigs and some platform trainers.

This year’s show raised Nearly £500 for Penny Brohn UK, a charity that specialise in a holistic approach to cancer. The charity is especially close to the Bristol Fashion Show’s hearts after losing a close friend and big supporter of the show to cancer last Christmas. 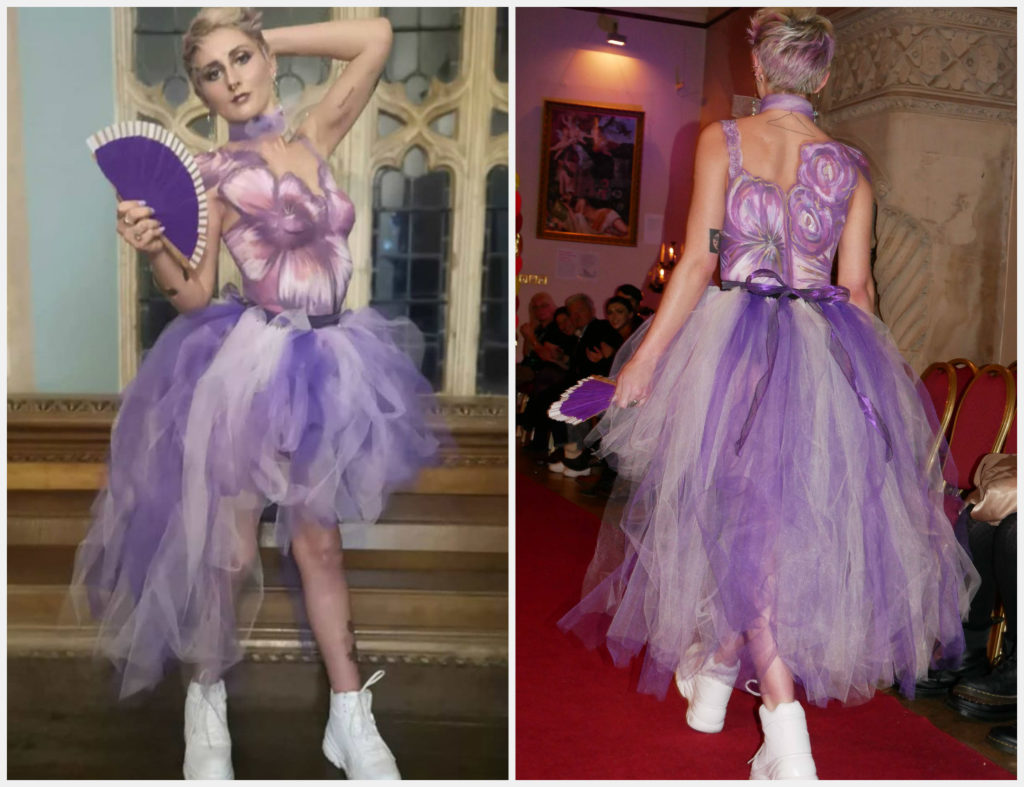 “Our friend was such an inspiring, passionate, strong woman who stayed positive right till the end. Our hearts go out to everyone who is or has been affected by cancer, and we are so appreciative of organisations like Penny Brohn for making a difference,” says Butzi.

“It was inspiring to see friends and models shine on the catwalk and watch the behind the scenes team come together at this years show, it gave a big community spirit feel!”

Read more: Changing the world one jacket at a time