Technicolour rainbows made of fabric hang proudly on white-washed brick walls amid a buzz of excitement between people as they mingle in the downstairs of St Paul’s Learning Centre.

Here is the new office of akt, a charity that supports homeless lesbian, gay, bisexual, transgender and queer 16 to 25-year-olds who face homelessness.

The problem the trust works to address is rife: a staggering 24 per cent of the youth homeless population in the country identify as LGBTQ+. Many are rejected by families unable to come to terms with their gender identity or sexual orientation, according to akt.

Their overrepresentation is compounded by reports that hate crimes against this community have risen by more than 50 per cent in the West in two years, putting young queer people at greater risk of violence, sexual exploitation and mental health problems when they become homeless.

“There’s a massive need for us, and it’s not going away,” akt’s chief executive Tim Sigsworth tells Bristol24/7.

Listen to the full interview on the Bristol24/7 Behind the Headline podcast:

Tim adds: “We see more young people today at akt than we ever have. We have also found that when queer young people go to mainstream services that offer similar things to akt, they just don’t feel safe or they don’t get the quality of understanding around who they are. So it’s critical that we pick up that piece.”

Many public services are ill-equipped to deal with LGBTQ+ people, according to the trust’s 2021 report which revealed that over half of the community’s young people have faced some form of discrimination or harassment while accessing mainstream services. For example, trans people are misgendered without an apology and housing professionals are quick to contact homophobic parents, the trust found. 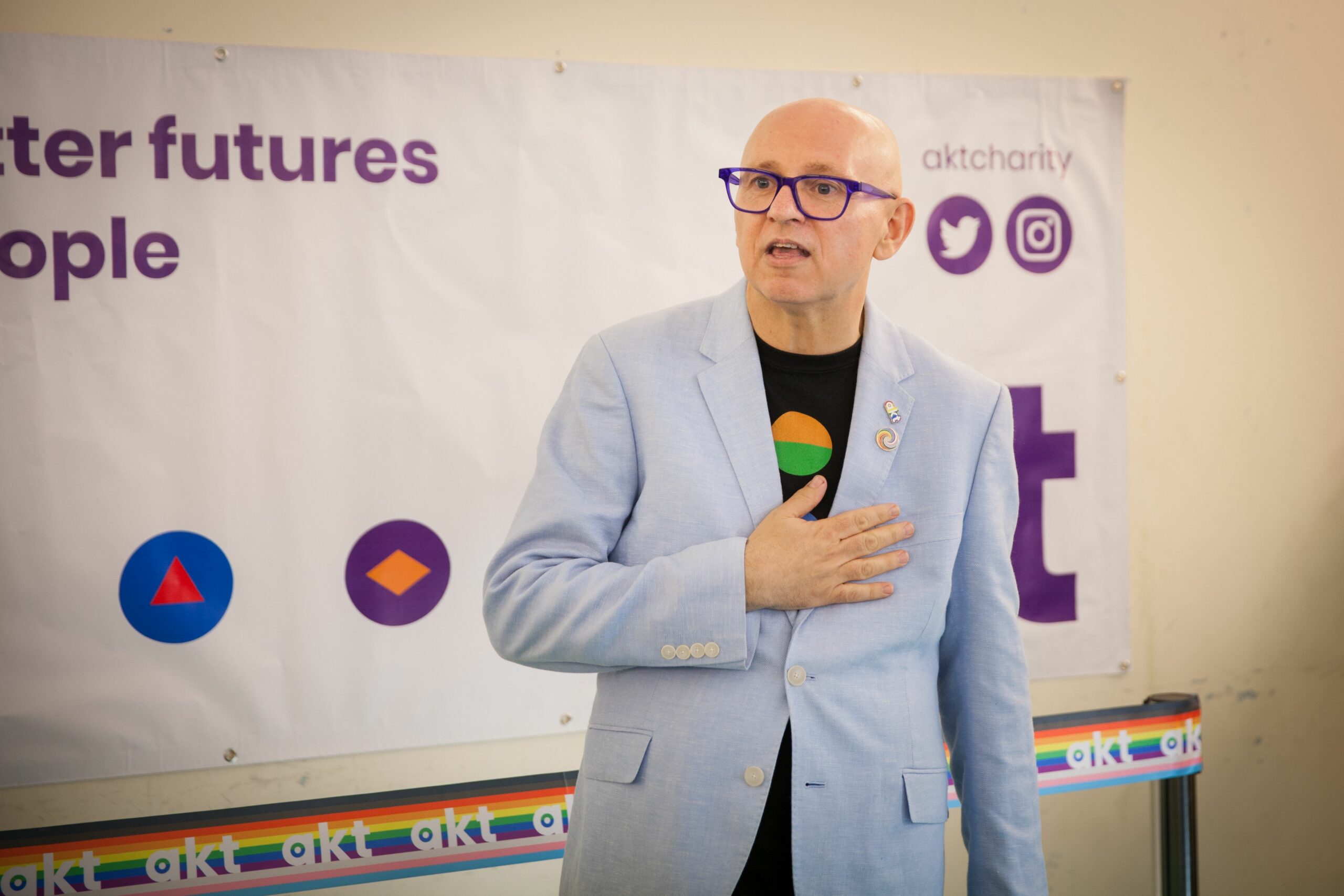 Tim Sigsworth is the chief executive of akt

Tim says the part of the problem lies within politics: “I think we have legislation that does not drive inclusion, so it doesn’t matter what rights we’ve got.

“The fact of the matter is, there’s so much ignorance even today around LGBTQ+ lives, that people still do not understand us.”

The country’s cost of living crisis and spiralling rents is felt acutely in Bristol, a city where our social housing system is so crippled that Bristol City Council’s website states that “even people with the greatest need often wait several years before they get a council property.”

Mayor Marvin Rees said it was “a privilege” to celebrate the launch of akt in the city.

“The services that akt provide are essential for young LGBTQ+ people who are facing the threat of homelessness. I am happy that they are now able to provide this in Bristol and the South West. It was amazing to meet their wonderful team and hear powerful testimony from the young people that are so grateful for the service they provide.”

Now with a base in St Paul’s, akt will help to provide emergency housing to queer young people and support them with specialist support through mentorship and employment schemes.

Thank you to our podcast parter Digital Bulls

Listen to the Bristol24/7 Behind the Headline podcast: