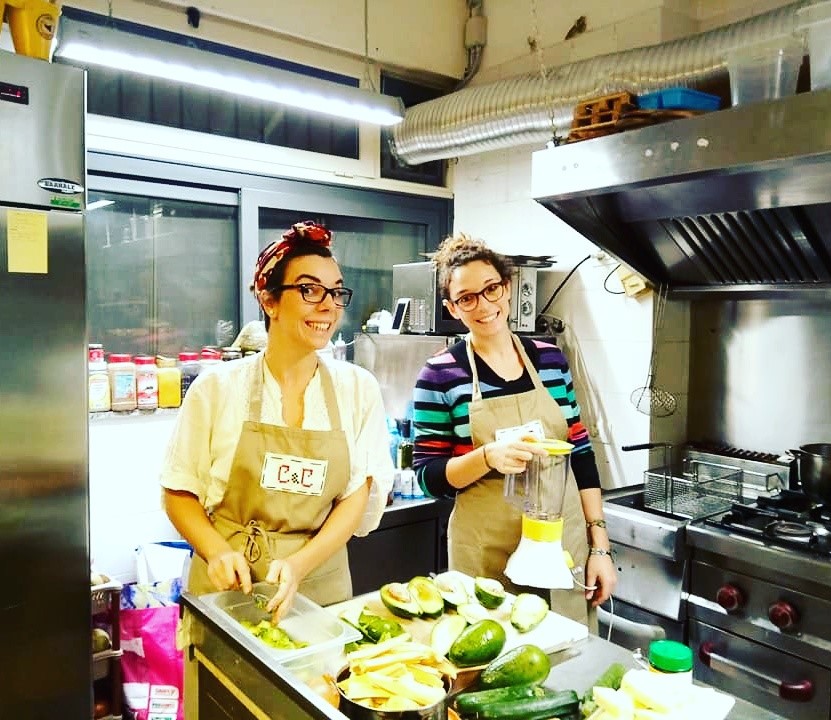 The story of how Chiara Fici and Claudia Fauzia came to be running pop-up restaurant Sabor Colombiano in Bristol starts with something straight out of a modern fairy tale. They met at a yoga class in their home city of Palermo in Italy, and quickly became close friends. It wasn’t until Claudia left to work on a project on the other side of the world that Chiara realised it was much more than that.

“When she left, I wondered what was happening to me. There was this feeling inside that I couldn’t understand, and at that moment I realised that was love. So I took all the money I had and bought a ticket to Colombia to join her.” 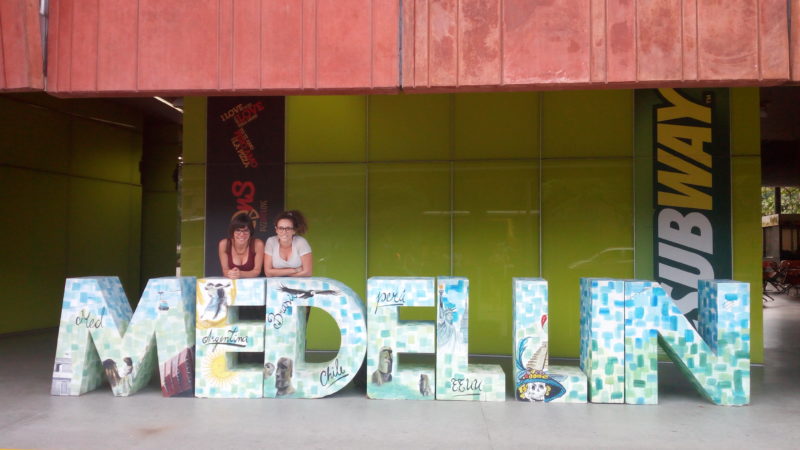 Claudia and Chiara were reunited in the Colombian city of Medellin

To follow someone you love across such a distance is daunting at the best of times, but Chiara was making that leap of faith whilst also having to process what it meant for her identity and her sexual orientation. She had never been in a relationship with a woman before and admits it wasn’t easy at first. 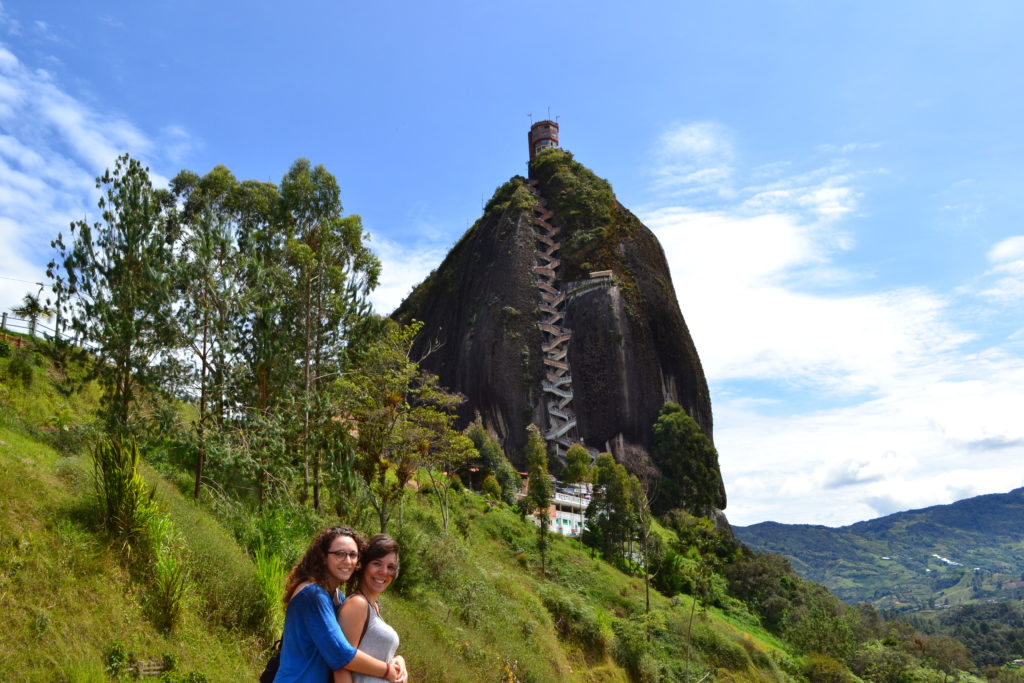 Chiara chooses not to definer herself as a lesbian or as bisexual, saying that she thinks putting labels on people can be too restrictive, and often becomes another way of pushing people to conform: “You’re kind of in a box, and if you do something different, people start to tell you that you are wrong and judge you because you are outside of it. I always say that Claudia could be a woman, a man, a fish, a flower – anything! The difference is not that she is a woman; the difference is that with her, love is easy. I am in love with Claudia but she could be Claudio.”

Immediately after her fourteen-hour flight to Medellin in Colombia, had landed, Chiara went to a community festival of water. “It was in a very poor area,” she recalls. “The women were preparing a huge soup and were peeling plantains. I took one plantain and I started to cut with them and they started to laugh with me. I felt so involved. It was only my first hour in Colombia.” 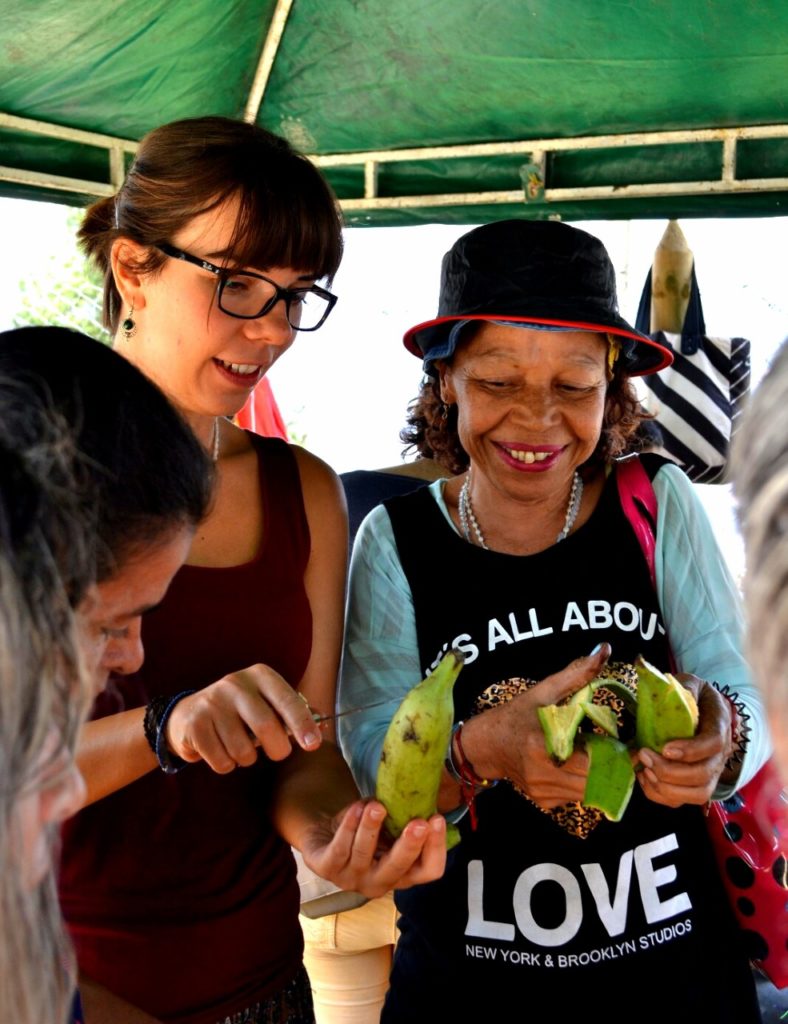 Both food lovers from a young age, Colombia’s food was something the couple wanted to share when they returned home

After spending two months together in Colombia, the couple returned to Italy with a wish to share something of the cuisine, culture and openness of Colombia with others. “We wanted to show to our friends that Colombia wasn’t as they thought. When I went there, a lot of people said to me, ‘Oh no it’s dangerous, don’t go there, we see on the news that people are killed in the streets there’, but when I was there I discovered the real side of Colombia is not as people read in the news. They have so much culture.”

Their first pop-up went well, despite being something of a daunting experience for Chiara. “The first time, I wasn’t nervous because I had to serve a hundred dishes. I was nervous because it was the first time that I was declared to Claudia in front of people. During the dinner I didn’t say anything of course, but I could see people asking each other, ‘Are they are friends or not?’ Because there was something in the air and I think people could feel it.’ 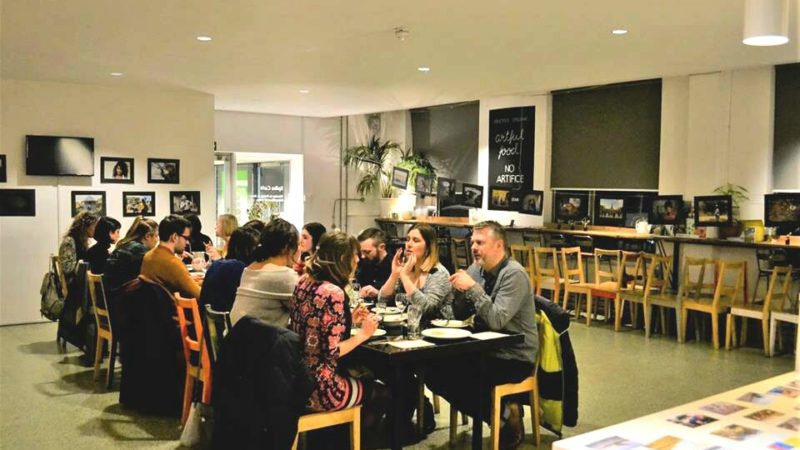 When they decided to make the move to Bristol, a city that neither of them knew but that had been recommended by a Londoner they met while travelling, the pop-up came along with them. In February 2018 they ran an immersive, multi-sensory dining experience for 16 guests at Spike Island Café, accompanied by an exhibition of their photographs called ‘Detras de la Mascara’ (Behind the Mask) and Latin American music. The couple hope that more events will be in the pipeline now that they have settled in Bristol.

Chiara and Claudia have found love but feel that acceptance for who they are and visibility for other couples like them is still lacking. “I see a lot of projects talking about LGBT+ rights in Bristol and here the Pride celebrations go on for a week – in my home town it is just one day. So I think you feel more involved. But people still call you names in the street; it’s something that happens almost everywhere, even in Stokes Croft and the centre. Even if you are in the coolest city in the world, there’s still prejudice. In Columbia it’s even worse.”

However, she has a positive message for other members of the LGBT+ community, including those coming to terms with their own sexuality as she had to: “I’d tell them not be scared. Because you have to try at least, and if you feel that you have to do something, then you should. If the result is so much happiness, it can’t be bad. In the end we are all human beings looking for happiness.”

Stay up to date with Sabor Colombiano’s upcoming pop-up events by following Chiara and Claudia on Instagram: www.instagram.com/sabor_colombiano_cc