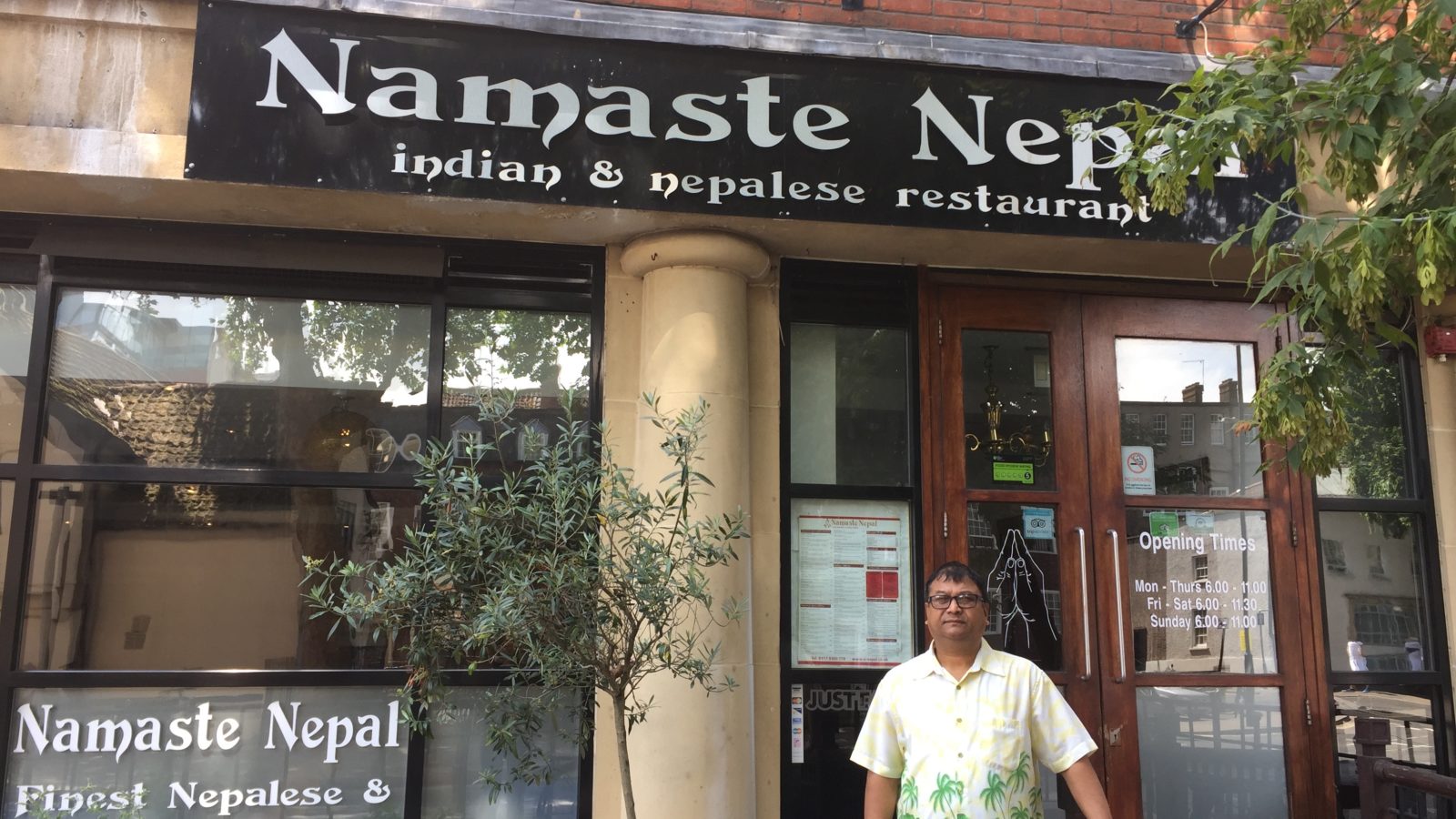 Despite its central position next to the O2 Academy on Frogmore Street, walking into Nepalese restaurant Namaste feels like you have been transported half way across the world. From the food and drink on the menu to its traditional decor, it is an authentic Nepalese experience overseen by an authentic Nepali: owner Binod Mali.

Binod first came to Bristol from Kathmandu in 1986, following his hotelier father who worked as a chef from his arrival in 1975 until his death in 2005. After working in business and moving between the two cities over the years, Binod finally set up Namaste in 2011.

Namaste’s menu is substantial, featuring a mixture of meat, fish and vegetarian dishes, making it even more impressive that the restaurant’s sole chef is Binod’s wife of more then 28 years, Maha. Namaste is truly a family affair as both of the couple’s sons, both in their late twenties (“unfortunately no grandchildren yet”), also work in the restaurant. 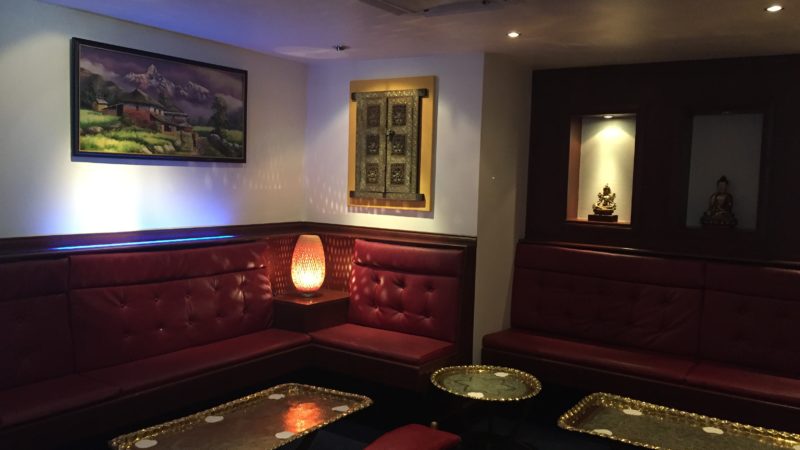 Inside the Namaste Nepalese restaurant

The food and friendly service is complimented by the restaurant’s Nepalese music and pieces of decor that Binod has brought back from his visits to Nepal. One stand out feature is the mosaic of hand-carved wooden tiles behind the bar, stocked full of Indian wines, Nepalese beers, spirits and soft drinks. Others include the series of paintings of the Himalayas and traditional temples on the walls or the decorated window shutters hanging from a pillar in the centre of the room. 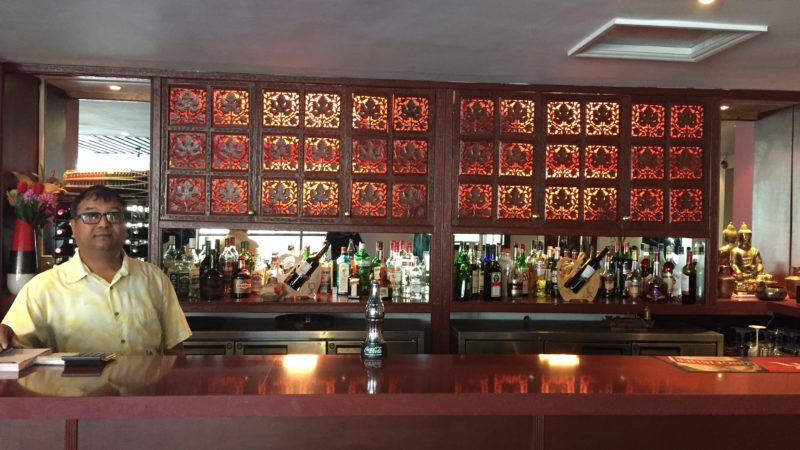 Binod in front of the hand-carved, wooden tiles that make up his bar

Namaste gets a boost on performance nights due to its proximity to Colston Hall, the O2 Academy and the Hippodrome, though Binod was tight-lipped about the famous people who had eaten at or grabbed a delivery from his restaurant. Although the location is convenient, Frogmore Street is often quiet in comparison to nearby spots such as Park Street and Harbourside and as a result, “every day we are worrying about business”, Binod confesses

Despite advice from his Mum, who lives with the family in Henbury, to retire to Nepal where three of his sisters and his wife’s family still live, Binod is happy working in the restaurant and plans to stay in Bristol: “I enjoy working here all of the time. I love meeting the customers.

“I miss Nepal, but we are happy living here in Bristol,” he says before quickly adding: “The summertime is mostly very nice, but the winter not so much.”