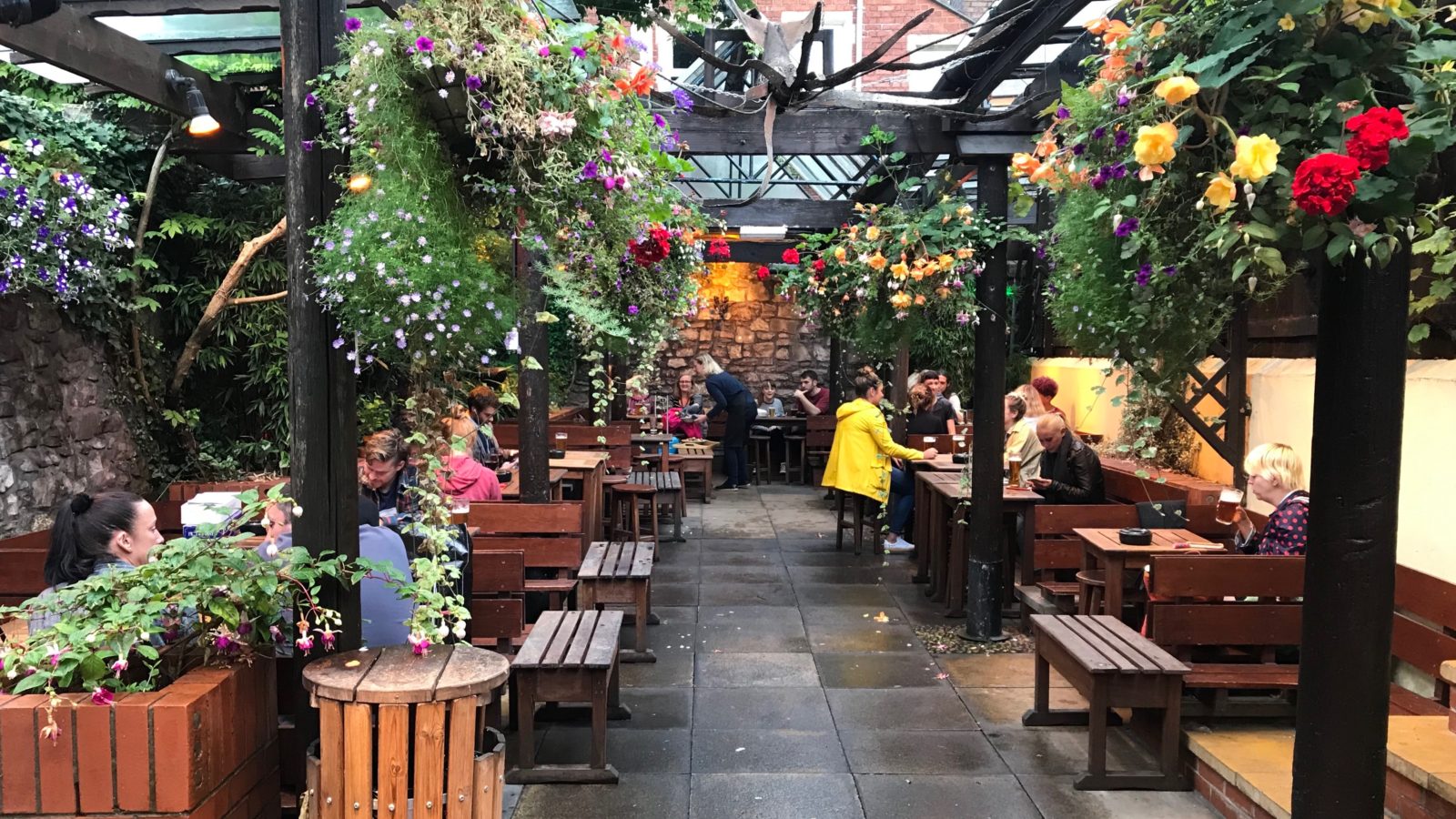 So the story goes, the Highbury Vaults was built around 1840 as a turnpike before becoming a pub a decade later, solely consisting of what is now the small snug bar.

Condemned prisoners were kept downstairs and given their last meals in the pub before being hung at the top of St Michael’s Hill where the roundabout is today.

In the snug on a recent Wednesday evening, two friends were having an earnest discussion about theology while drinking pints of London Original from Young’s, the brewery who own this Kingsdown pub. 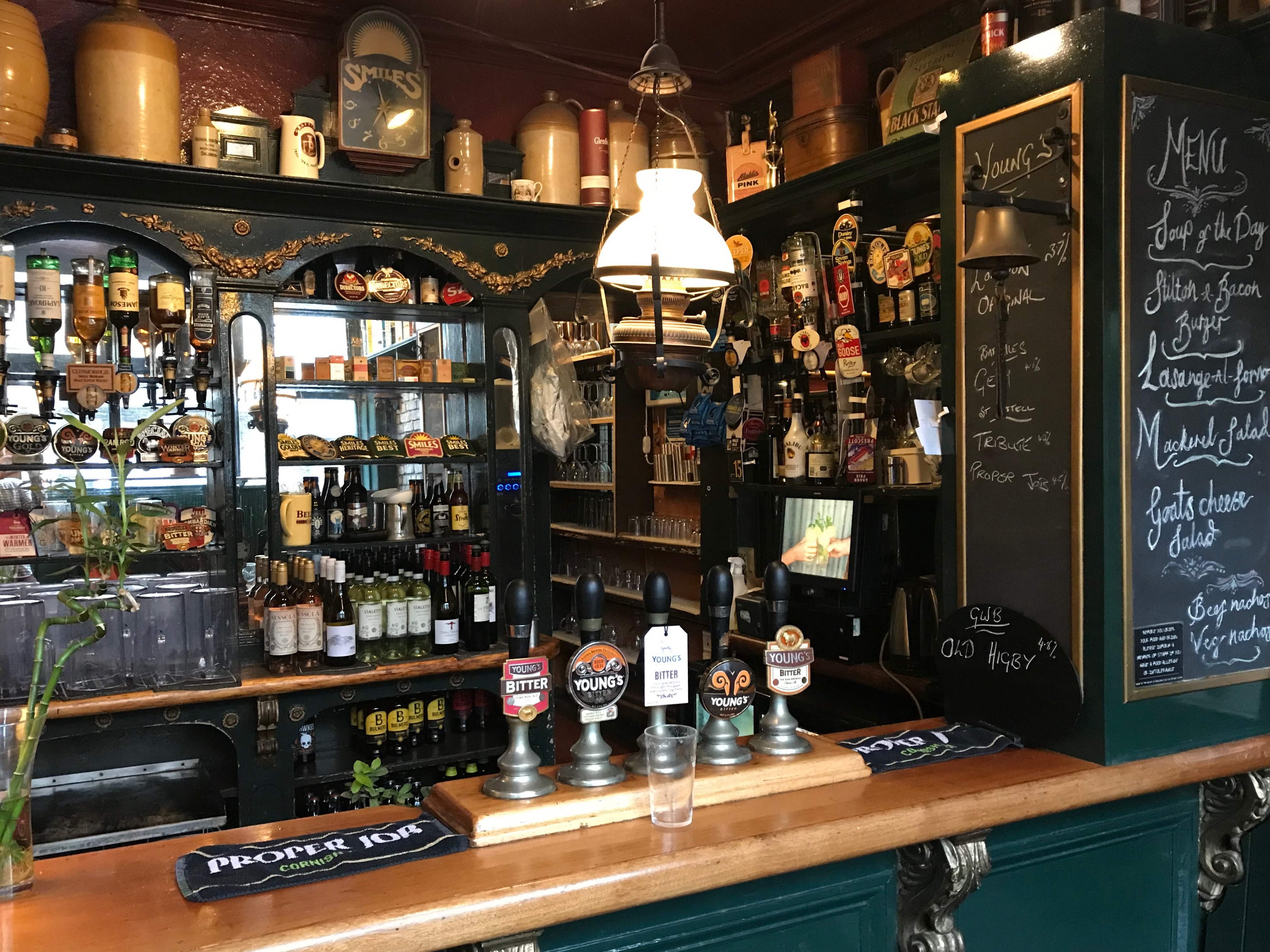 The snug at the Highbury Vaults is the original pub 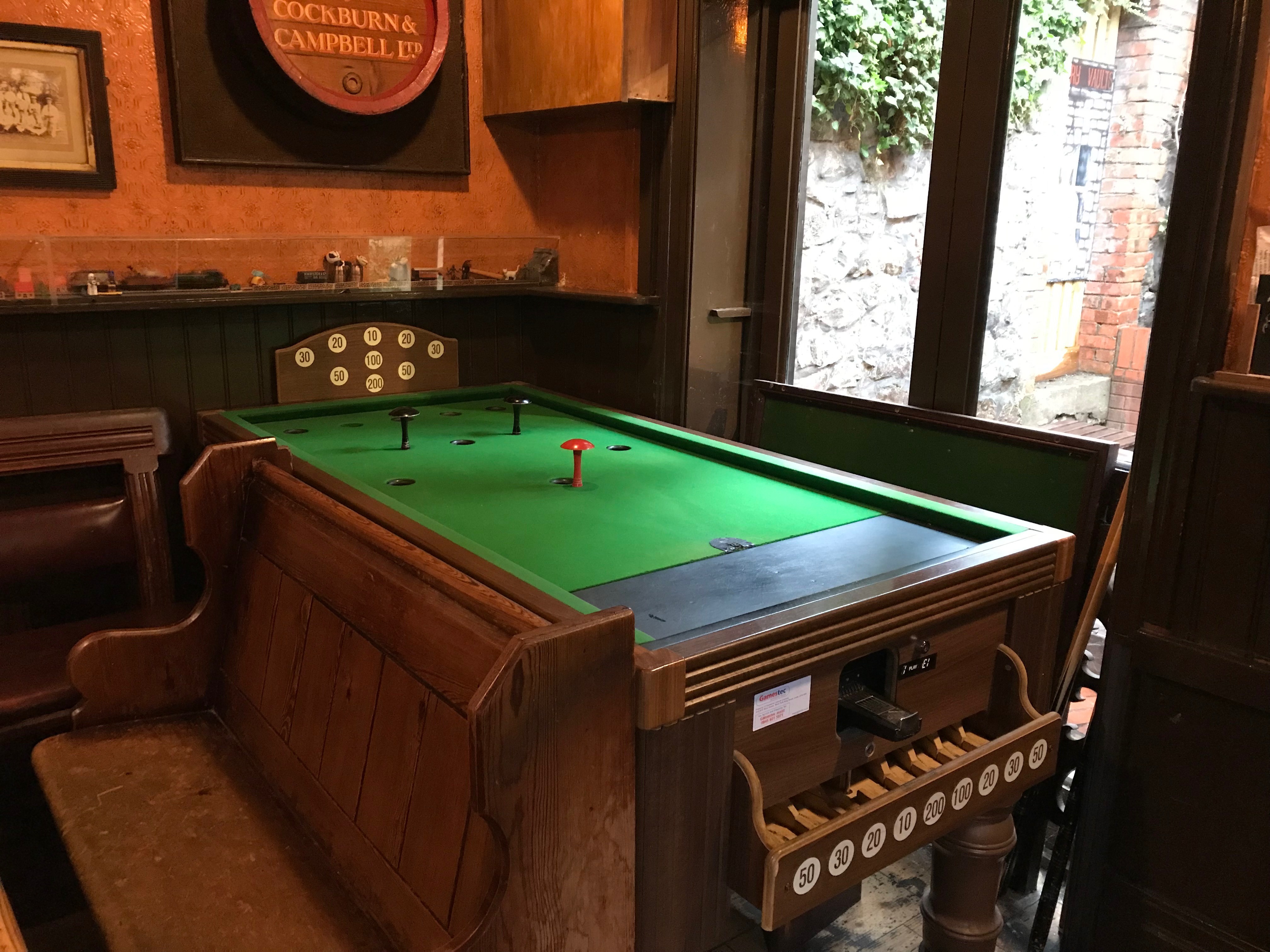 At the main bar just around the corner, a new member of staff was being told where the cordials were as a customer politely questioned just how much the glass of wine he had just ordered had cost him, getting a couple of quid back from a £20 note for one pint and the wine.

“Whoops,” the barman apologised. “I’ve just charged you for three Gems. Glad someone is paying attention!”

Opposite, a miniature steam train continued its regular service along one length of the wall – passing from the front of the pub to the back where its journey takes it behind one of Bristol’s last remaining bar billiards tables.

It may have been raining on Wednesday but the garden was still full of customers sheltering from the wet among gloriously colourful hanging baskets, sharing even more stories. 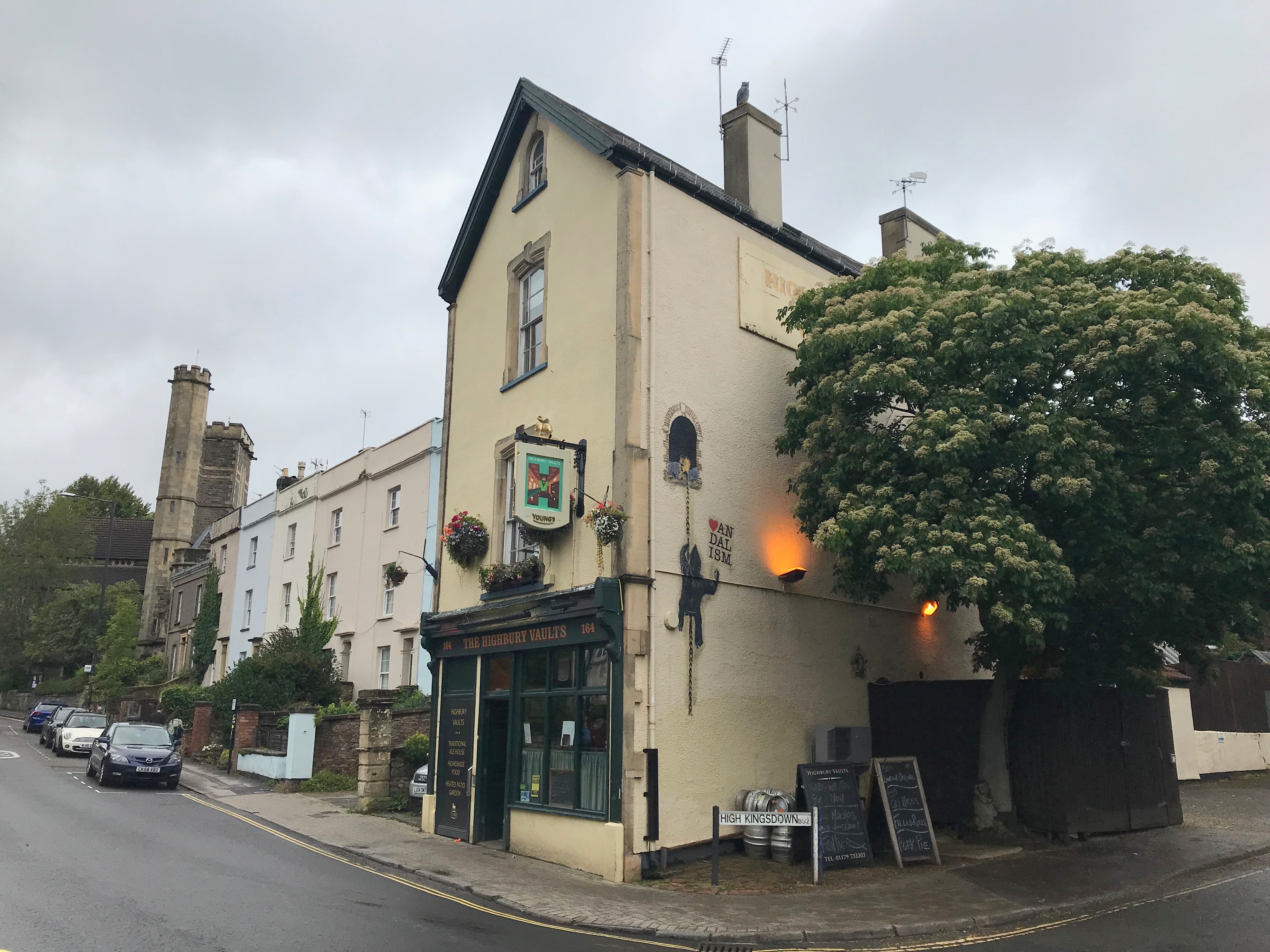