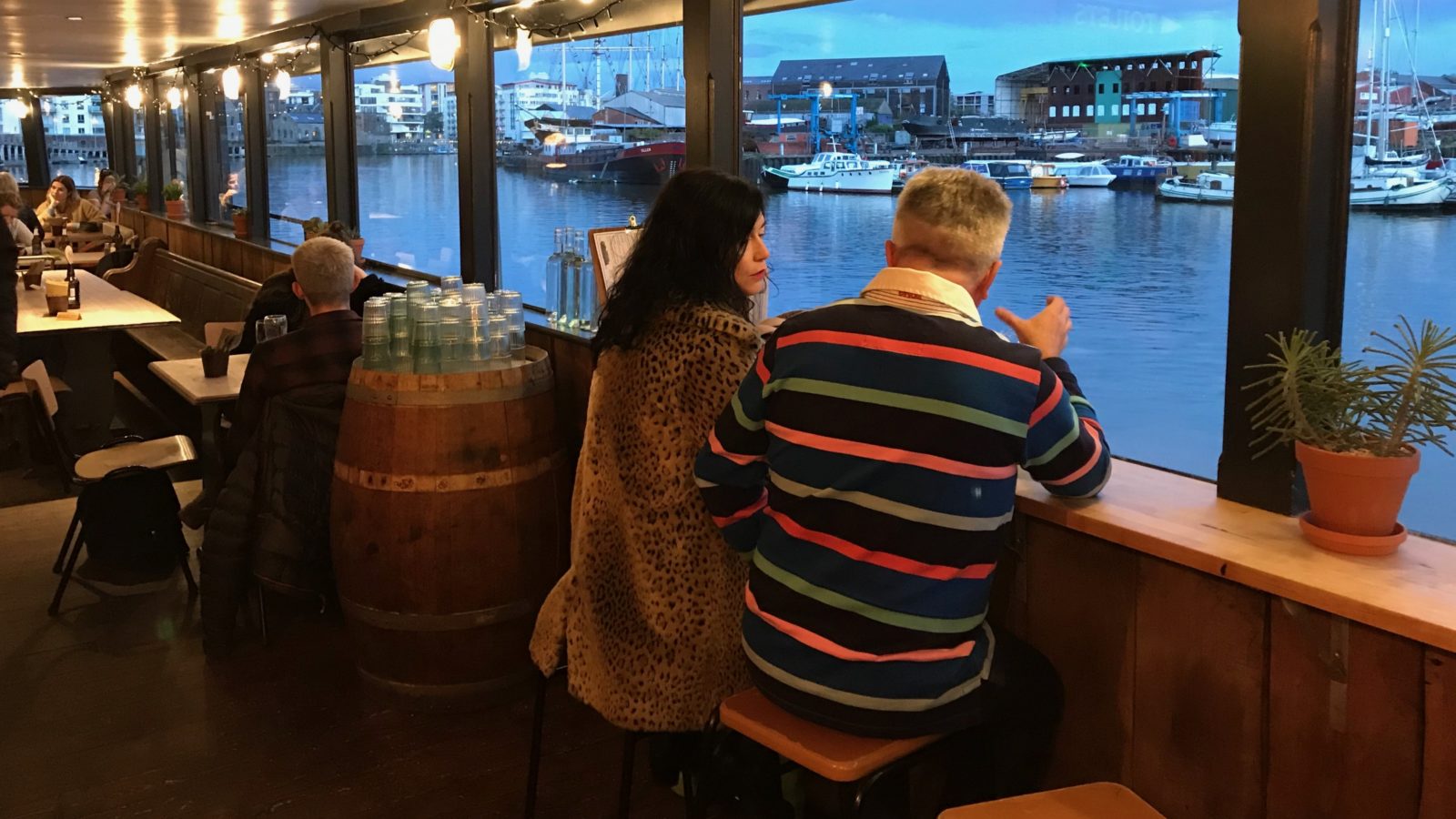 “Bananagrams!” went the shout from a table near the prow of the Grain Barge in Hotwells.

“You fucker!” one of the friends good-naturedly told the winner of the game before challenging her to just one more.

While not playing, the trio had positioned themselves in one of the best seats in this floating bar, which every now and again gently sways – to the uninitiated a sign that they have possibly had one drink too many but to regulars a familiar feature of drinking on board ship.

The Grain Barge started life as an engineless transport barge that carried barley and wheat from Bristol to Cardiff across the Severn Estuary.

Built in 1936 by the Charles Hill shipyard, the barge is now moored opposite its original berth. 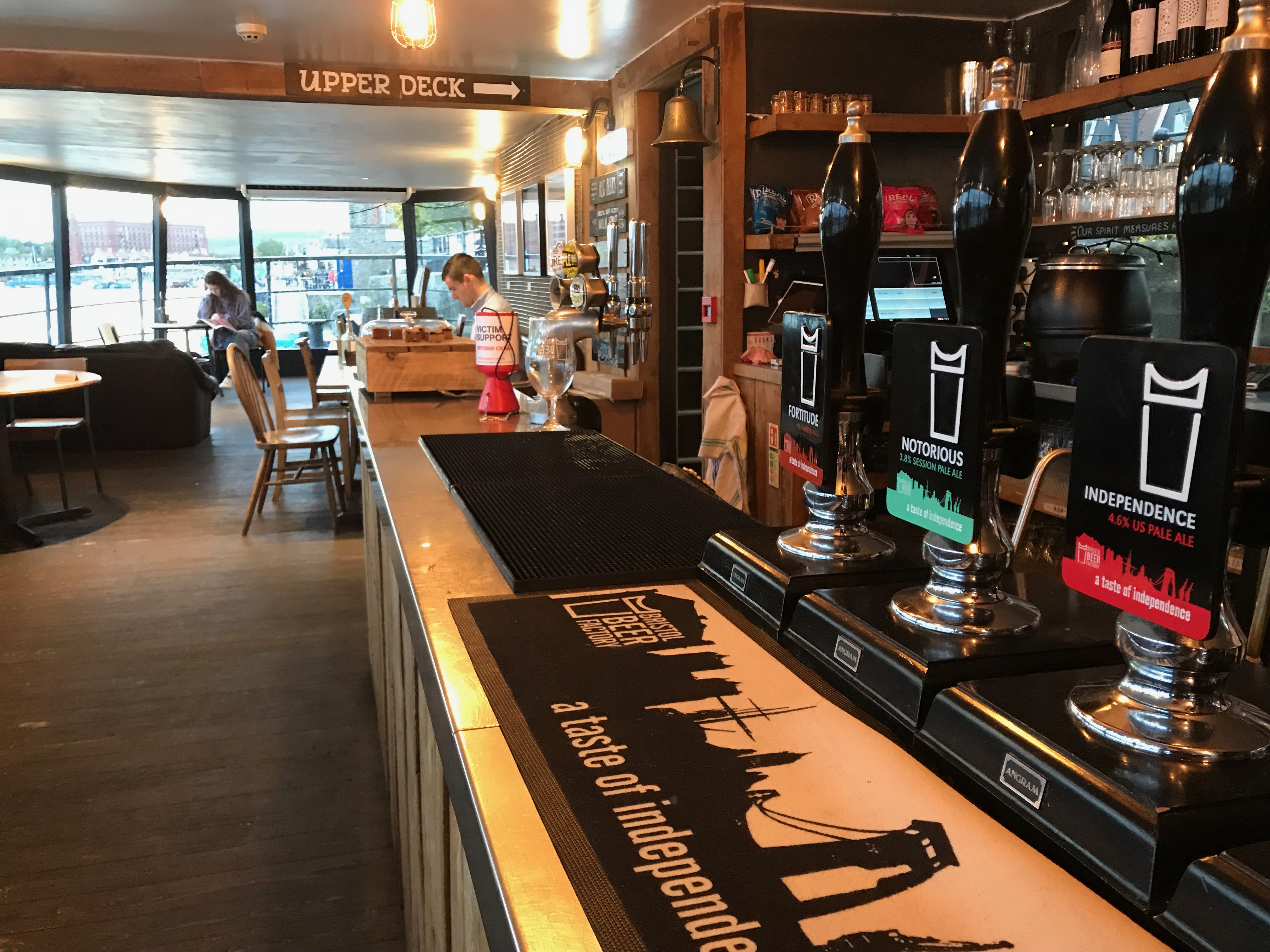 Owned by the Bristol Beer Factory, the Ashton brewery’s beers predominate in the main bar, with Fortitude, Notorious and Independence all on cask, and Milk Stout and Dawn Patrol on keg alongside the likes of Moor’s Nor’Hop and Above the Clouds from Bath’s Electric Bear.

On the deck upstairs, a recent addition has been the arrival of a can bar, with drinks able to be enjoyed in the open air underneath a fluttering European Union flag.

The Grain Barge opens at 10am every day for breakfast, with daily specials changing every day, pie and pint nights on Wednesdays (when there is also an open mic night hosted by rapping violinist Mike Dennis), steak night on Thursdays, and a popular Sunday roast.

As the sun went down on this recent Thursday evening and twinkling lights reflected on the water in the Floating Harbour, it was time for another pint and one more game game of Bananagrams. 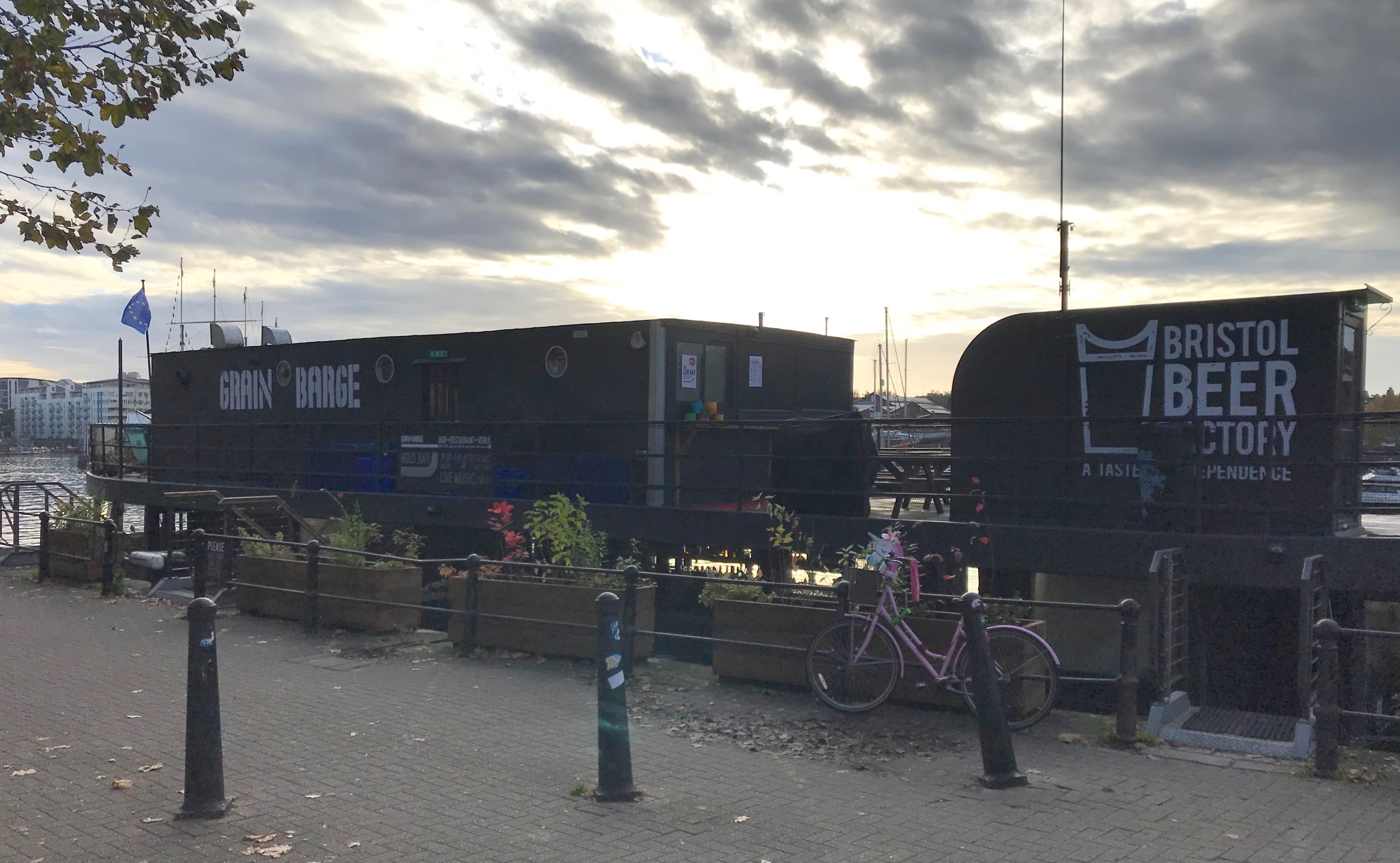 Read more: Hotwells pub named among 50 best in the UK