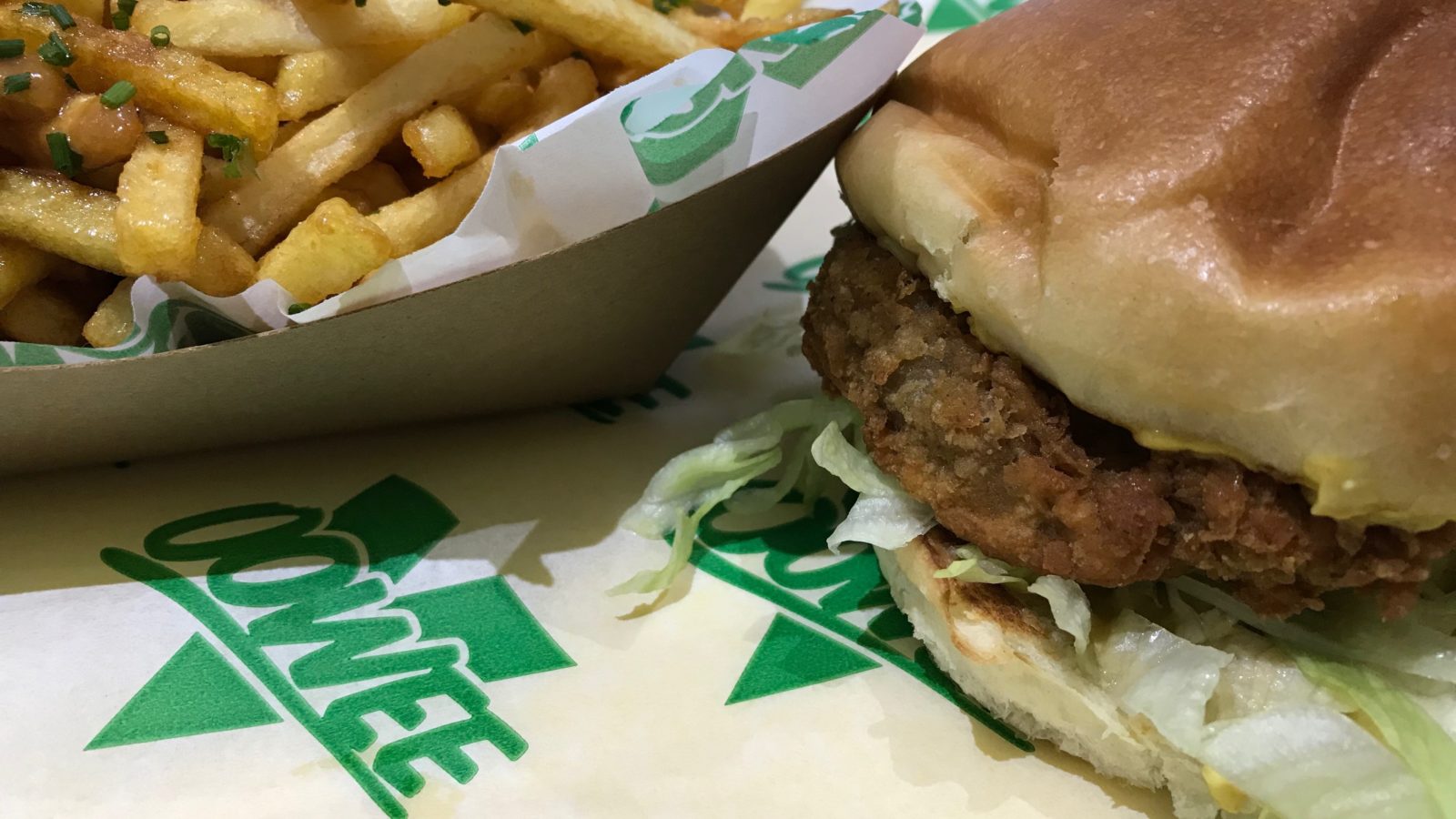 Since opening a small takeaway on Picton Street in Montpelier, one burger business has become a firm Bristol favourite.

Oowee Diner opened a larger restaurant on North Street in Bedminster towards the end of 2017 and have ended this year with a third restaurant, Oowee Vegan, on Baldwin Street in the city centre.

Their first vegan-only restaurant and takeaway follows a recent foray to London where they also served solely vegan fare.

Beef, chicken and cheese are on the menu here, but it’s plant-based beef, chicken made with seitan (wheat gluten and water) and cheese that has most definitely not come from a cow. 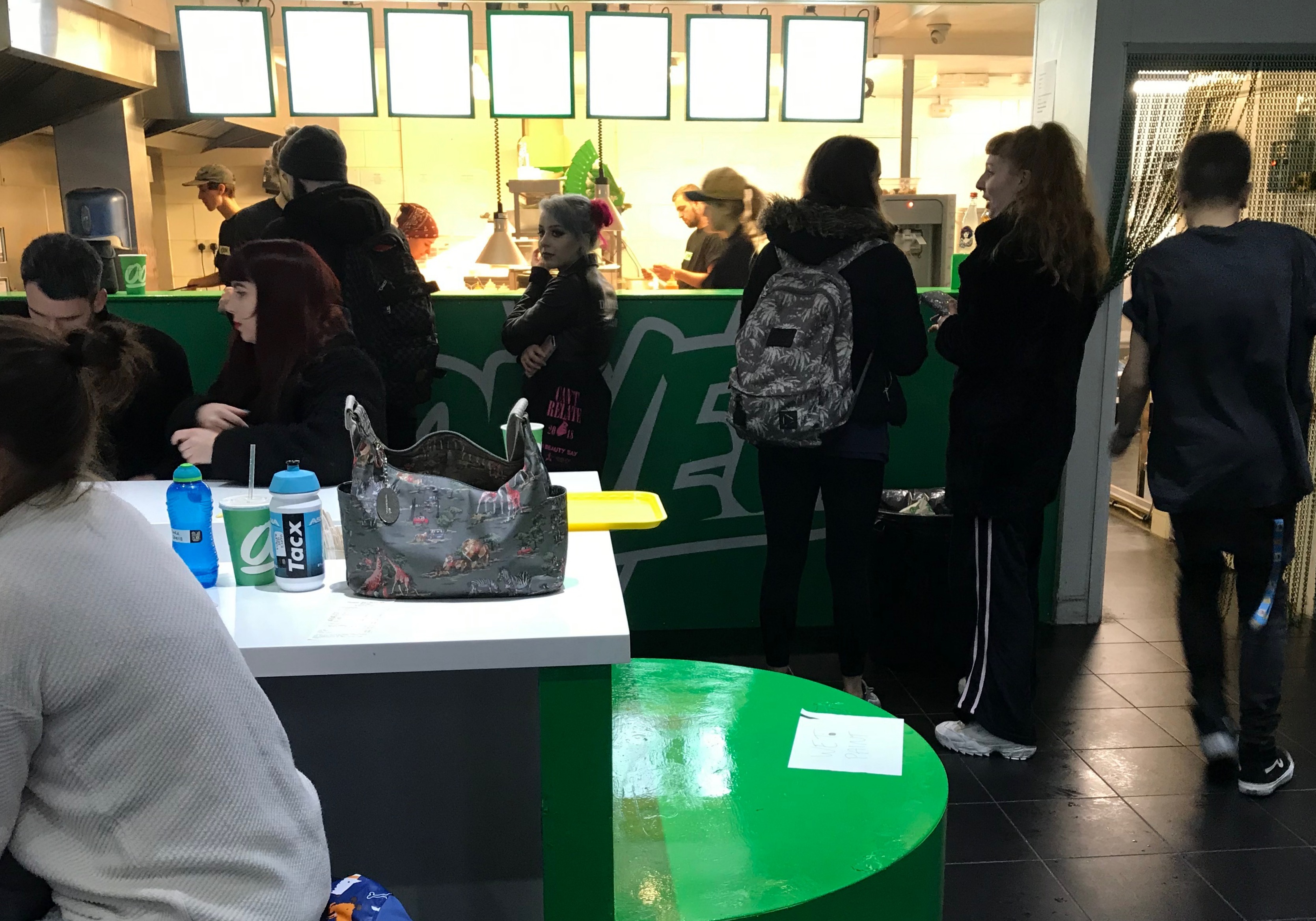 Oowee Vegan has opened its doors in what was previously a Hotcha, and for a while was due to be the second opening of Happy Bird.

Unusually, the kitchen was open for takeaway orders via Deliveroo before welcoming customers inside.

It is currently rather spartan inside with minimal decoration and set up more for takeaways rather than eating in, but a large communal table can sit some dozen people – with wooden knives and forks and much-needed napkins kept in a central divot.

Burgers start at £7 for the Other Side Chick (crispy seitan patty, sweet pickled red onions, garlic mayo and lettuce) rising up to £9 for the BBQ Smokestack (sweet barbecue sauce, cheese, crispy onion ring, lettuce and gherkins).

Oowee fans will be pleased to see that Dirty Fries have their own section of the menu: including garlic butter (£4), sriracha shrimp (£8.50) and Marmite butter (£4.95). There are also salads, although this being Oowee it’s a Dirty Caesar for £6.95.

Sides include waffle fries and onion rings, and there are also five different choices of milkshake – that of course with this being a vegan-only establishment contain no milk. 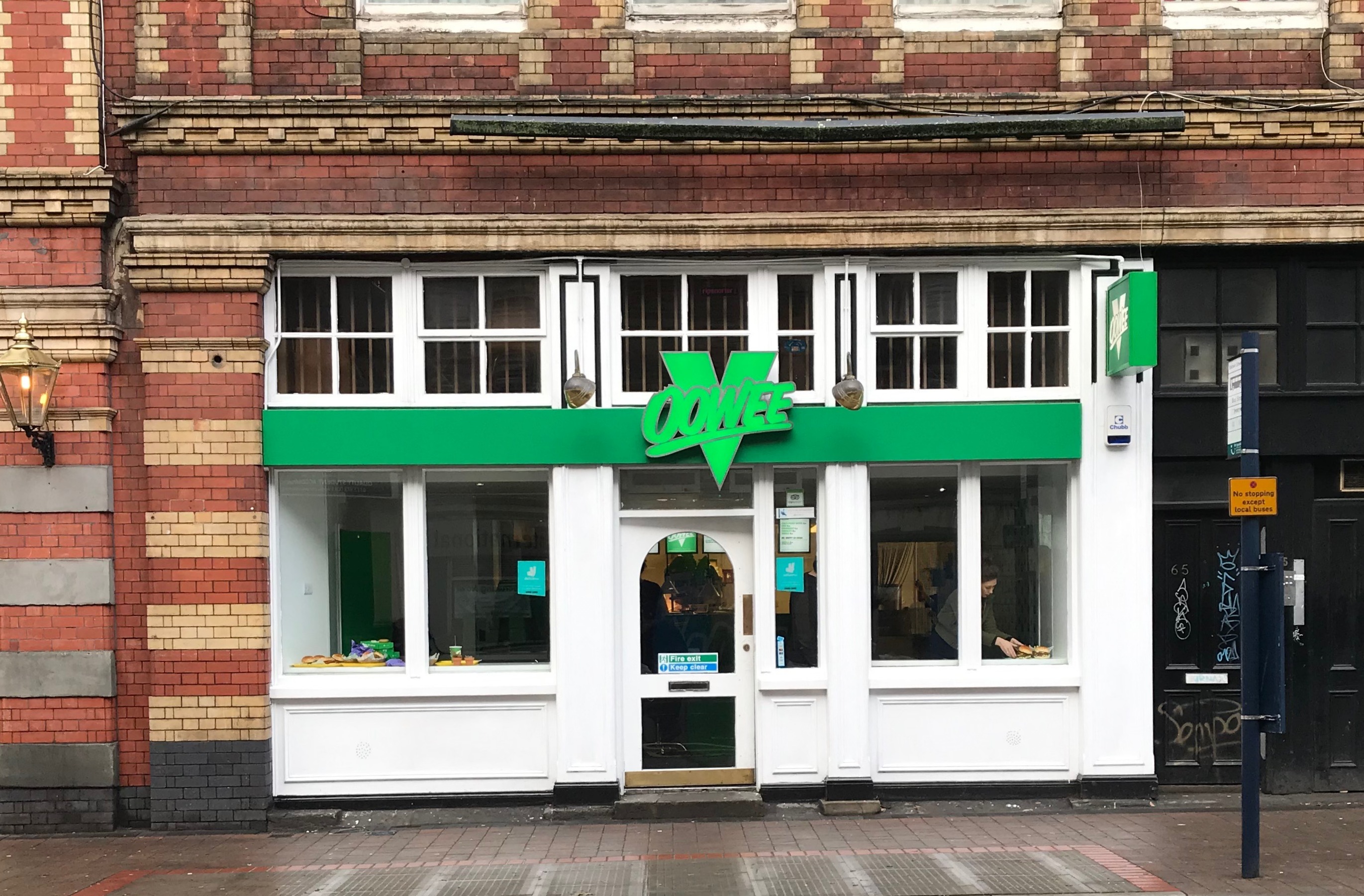