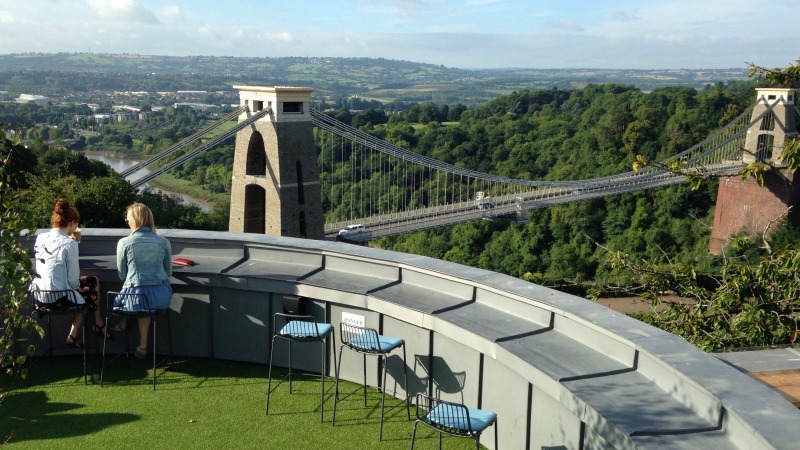 Those in the know had a sensational view of the hot air balloons rising up from Ashton Court on Friday morning.

Observatory Hill, on the site of an Iron Age hill fort, has always been a popular spot during the Bristol Balloon Fiesta and now it’s got an unbeatable vantage point with the addition of tea, coffee, cakes and ice cream served at a new cafe on the artificial grass-clad roof of the Clifton Observatory.

The historic building will from next week also become an events space and home to a new museum on the levels leading up to the camera obscura, with the caves underneath being enlivened with tales of mythical giants. 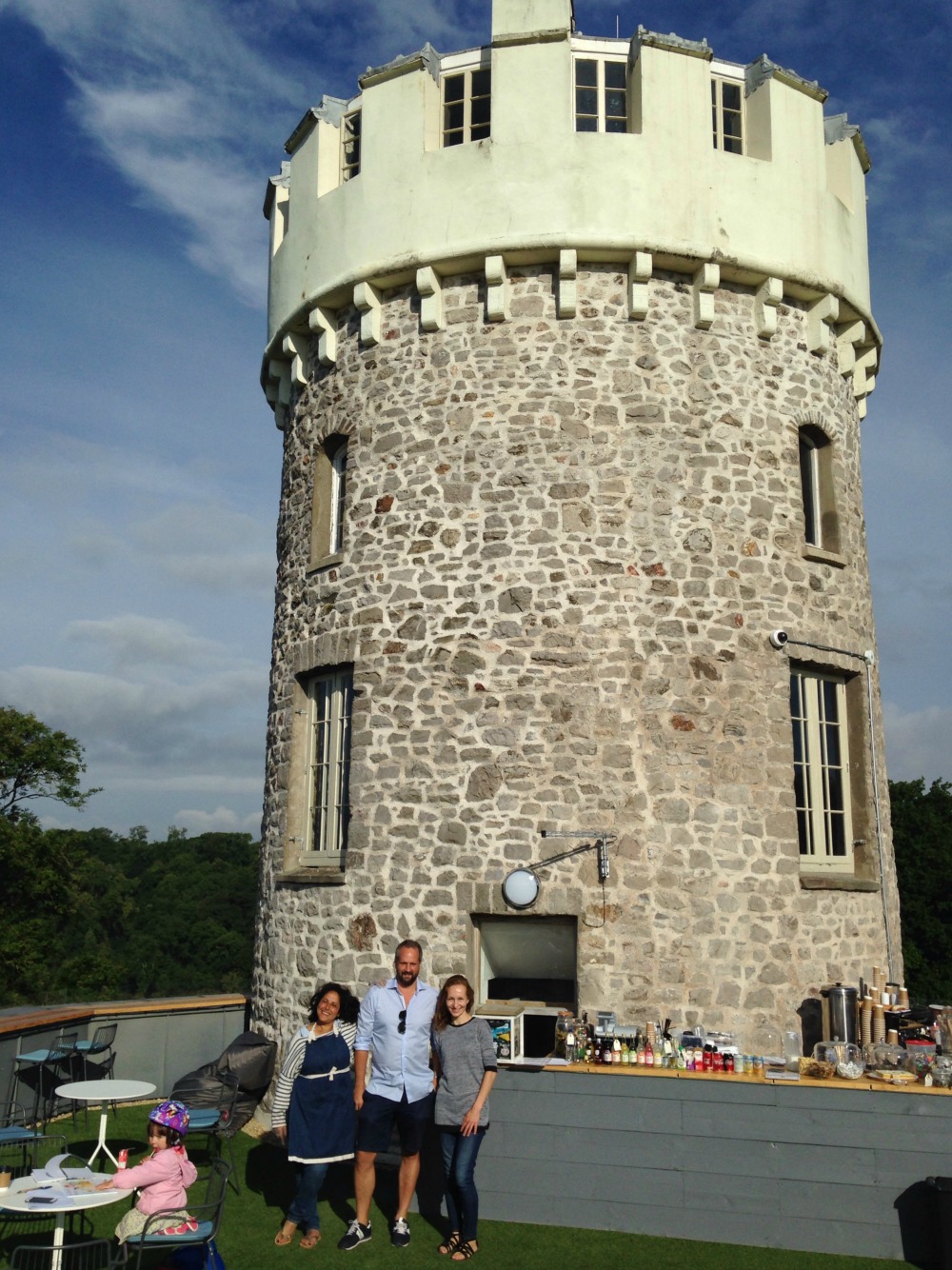 It’s all the idea of Clifton Observatory owner Ian Johnson, who bought the building for £1.3m at auction in 2015. He has spent the time since preparing to open areas of the building that have remained unseen by visitors since World War Two.

Originally built in 1766 as a windmill, in 1828 it was converted by William West into an observatory. The 61-metre tunnel connecting the observatory to the ‘Giant’s Cave’ was excavated in 1835, with one of Brunel’s original designs for the Clifton Suspension Bridge having the chains connected to the rocks.

The observatory was requisitioned by the Home Guard as a communications base in 1940, and in 1943 West’s daughter Edith was evicted from the building for non-payment of rent and for abusing visitors. 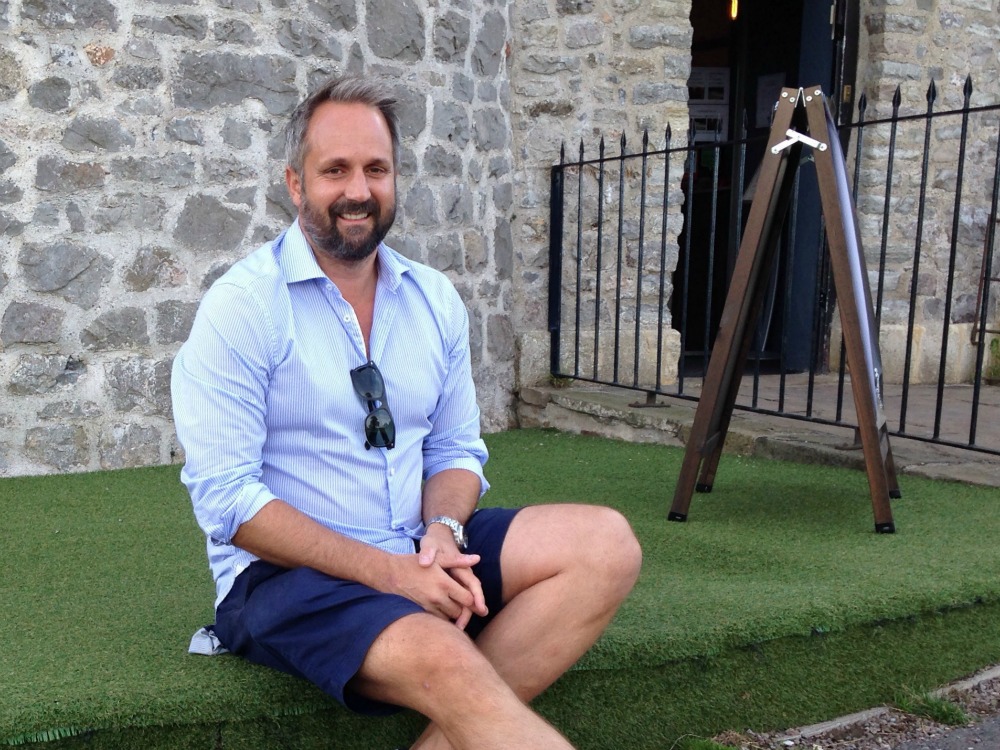 “There are not many places quite like this in the UK,” says Ian, sat on one of the tables in the cafe, called 360 at the Observatory. “The team have done a wonderful job bringing it back to life.”

There was originally planning permission for the space to become a restaurant but Ian, who grew up in Clifton and is a technology entrepreneur, wanted as many people as possible to be able to enjoy the terrace and not for it to become exclusive.

A mural of city landmarks by Bristol artist Paula Bowles lines the walls of the back stairs. She is also the artist who painted the Shaun the Sheep in position next to the Observatory in 2015, as well as providing the illustrations for a children’s book co-written with Ian and featuring the Observatory on its cover, The Giants of Bristol. 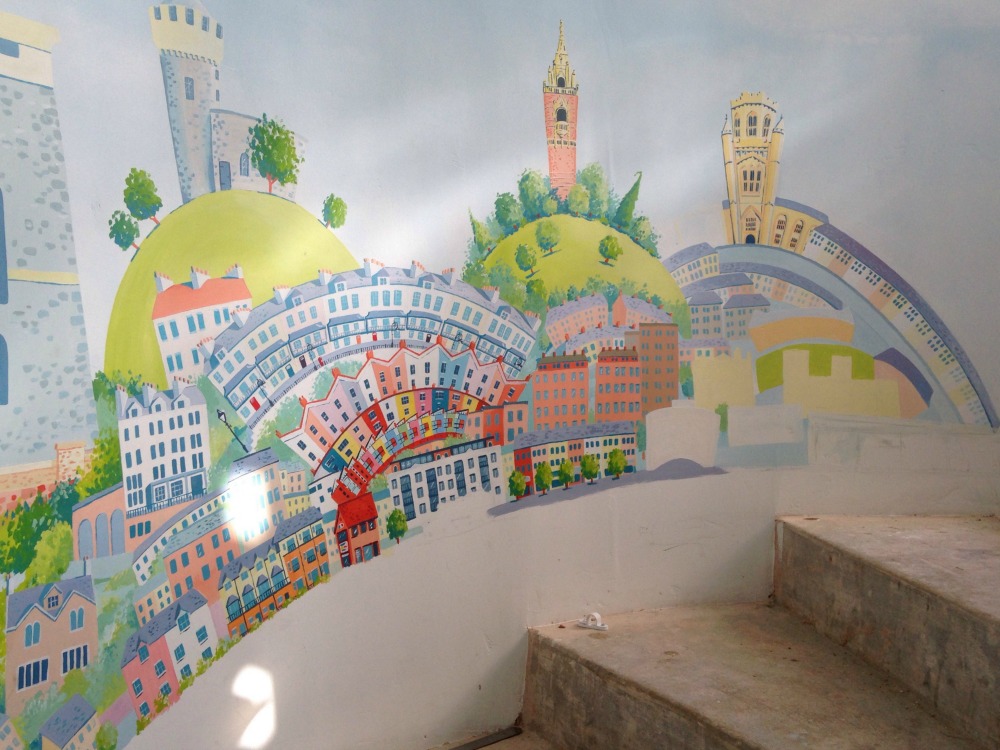 “Most people who have come here so far have gone, ‘wow, great, amazing view, can I have my party in here?'” Ian continues as he takes a look at how the event space on the ground floor is progressing, a team of builders in hi-vis jackets still putting the finishing touches together.

“We want to bring some of the magic back to this special place.” 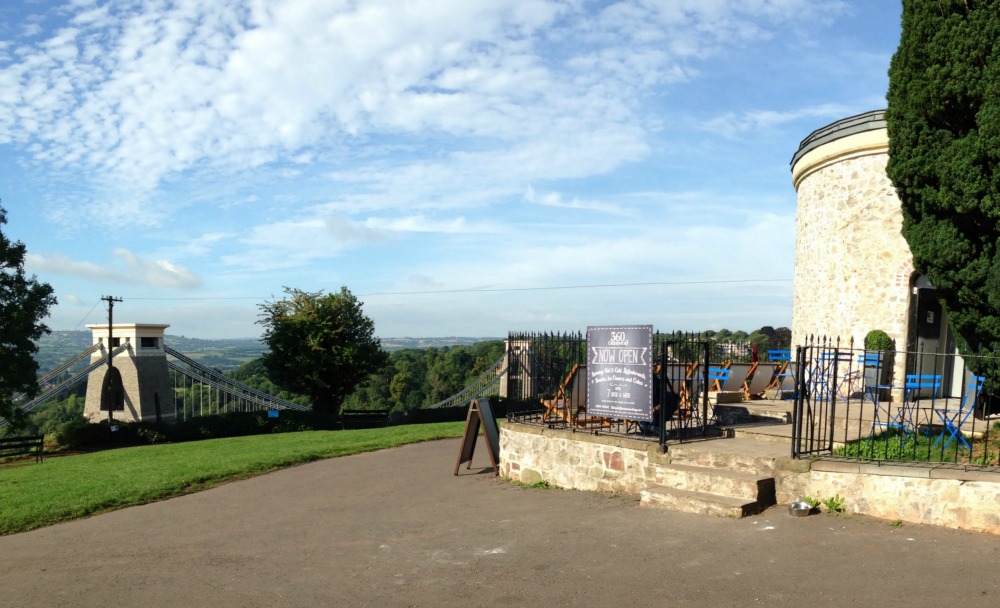