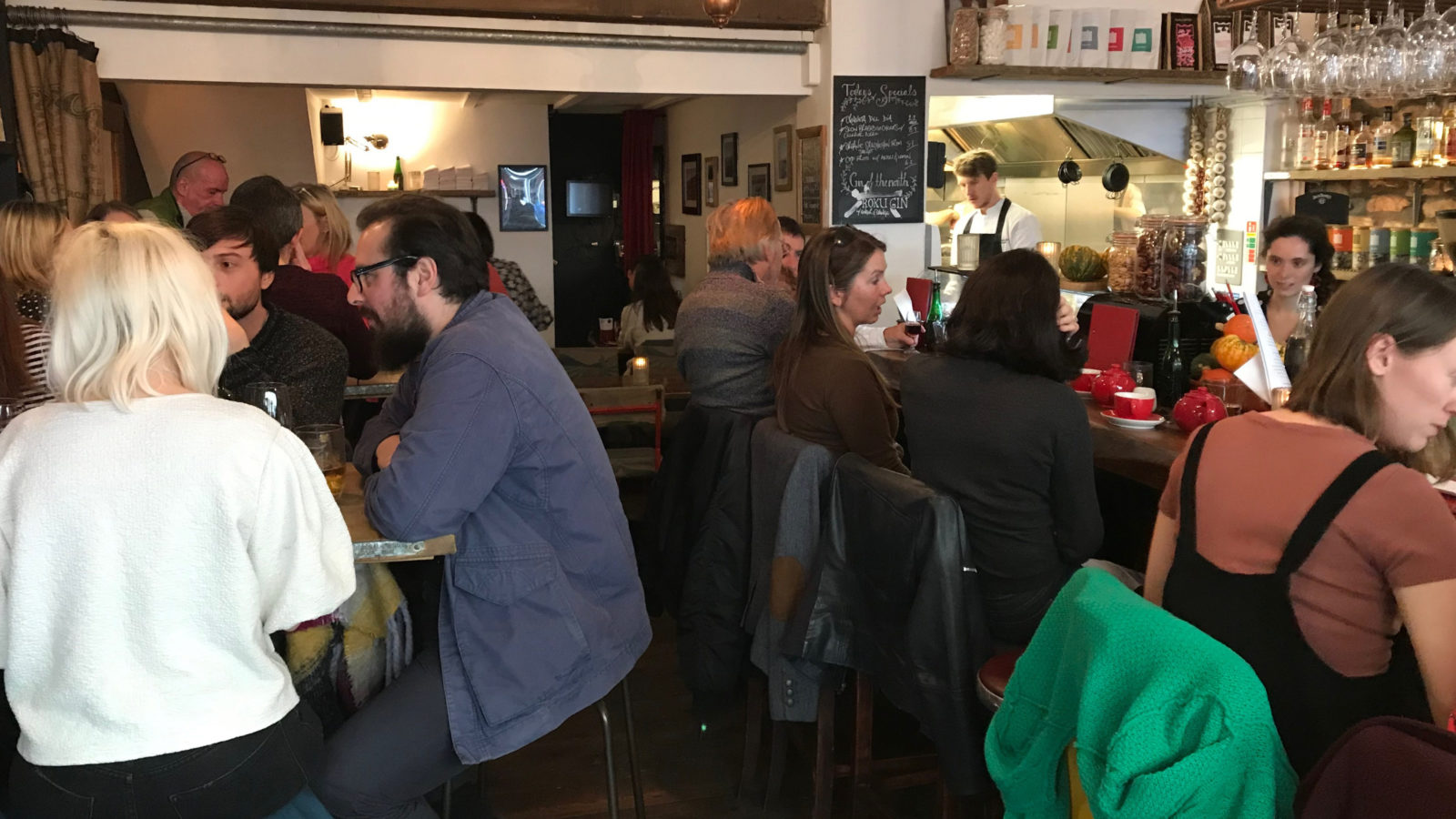 Can you even call yourself an aficionado of the Bristol food scene if you haven’t ordered the fried aubergine with molasses at Bravas? The word ‘iconic’ is banned on Bristol24/7 but I was ready to type it here to describe this dish. There is the delicious, subtle flavour of the aubergine; the sticky treacle coating; and the melt-in-the-mouth texture.

It’s a staple of the menu at Bravas, which since transforming from a supper club into a restaurant in 2012 has become a bonafide Bristol culinary institution. Even better is that each year, £1 from every fried aubergine with molasses sold is donated to a different charity. Last year it was Action Against Hunger, which works to end malnourishment in children across the world.

Co-owners Imogen and Kieran Waite have gone on to open four other businesses since Bravas, but this still retains an allure all of its own and is the mark against which all of the others should be measured, whether a San Francisco-inspired cafe or Mexican-style bar.

At Bravas, the open kitchen always provides a buzzing atmosphere: the one guaranteed constant among the businesses of the Season & Taste stable: Bakers & Co, Cargo Cantina, Gambas and Masa + Mezcal.

Imogen and Kieran take their passionate staff to Spain every year for a research trip which then feeds into menus that change daily depending on what produce is in season. Guests can either book a table or take their chance at the bar and window area, where 16 stools are kept unreserved every evening.

On a recent Saturday afternoon, my youngest daughter and I were fortunately able to be squeezed in without a booking in the far corner of the room underneath the stairs. A tight fit but one which afforded a view of a bar that was, naturally, fizzing with energy like a good cava.

I enjoyed a refreshing beer from Palax while ordering. It’s a craft lager beer with secondary fermentation in the bottle that is intriguingly made in the La Rioja region of Spain – much better known for its wine than its beer.

Of course the fried aubergine with molasses (£4.30) was enjoyed as usual, with our table soon piling up with small plates: thinly sliced fuet (£3.90) from Catalonia, made with finely minced fat and lean pork meat seasoned with salt, pepper and other spices; venison chorizo (£3.90) with a real gamey flavour; and pan con alioli (£3.20), bread with delicious garlic mayonnaise made with oil, garlic and egg. 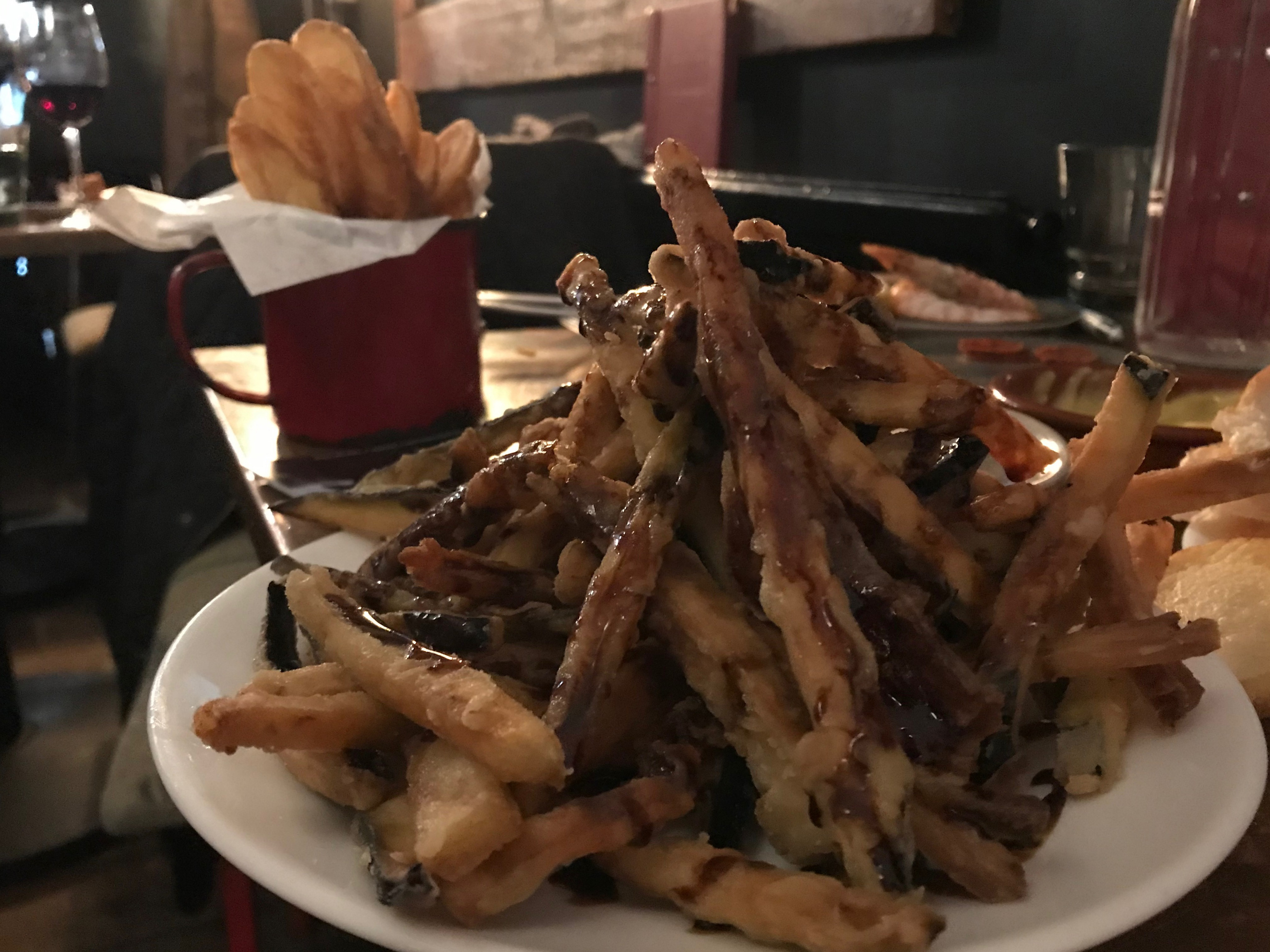 Fried aubergine molasses are a staple of Bravas. Photo by Martin Booth

The tapas dishes at Bravas are made for sharing, and they kept on coming, Lois and I polishing off what was already on the table before the others arrived: tangy, rich and creamy blue cheese (£3.90) from the Picos de Europa in north-western Spain, that has been wrapped in sycamore leaves from the neighbouring forests; Bravas’ own patatas bravas (£3.90), potatoes sliced length-ways, fried and served with a spicy tomato sauce; spiced chicken hearts (£4.90); and wild Atlantic prawns (£2.40 each). We also ordered tortilla which had almost run out so we weren’t charged for the small slice of gooey perfection.

Bravas is one of those places that you never want to change. It will though, to get even better. 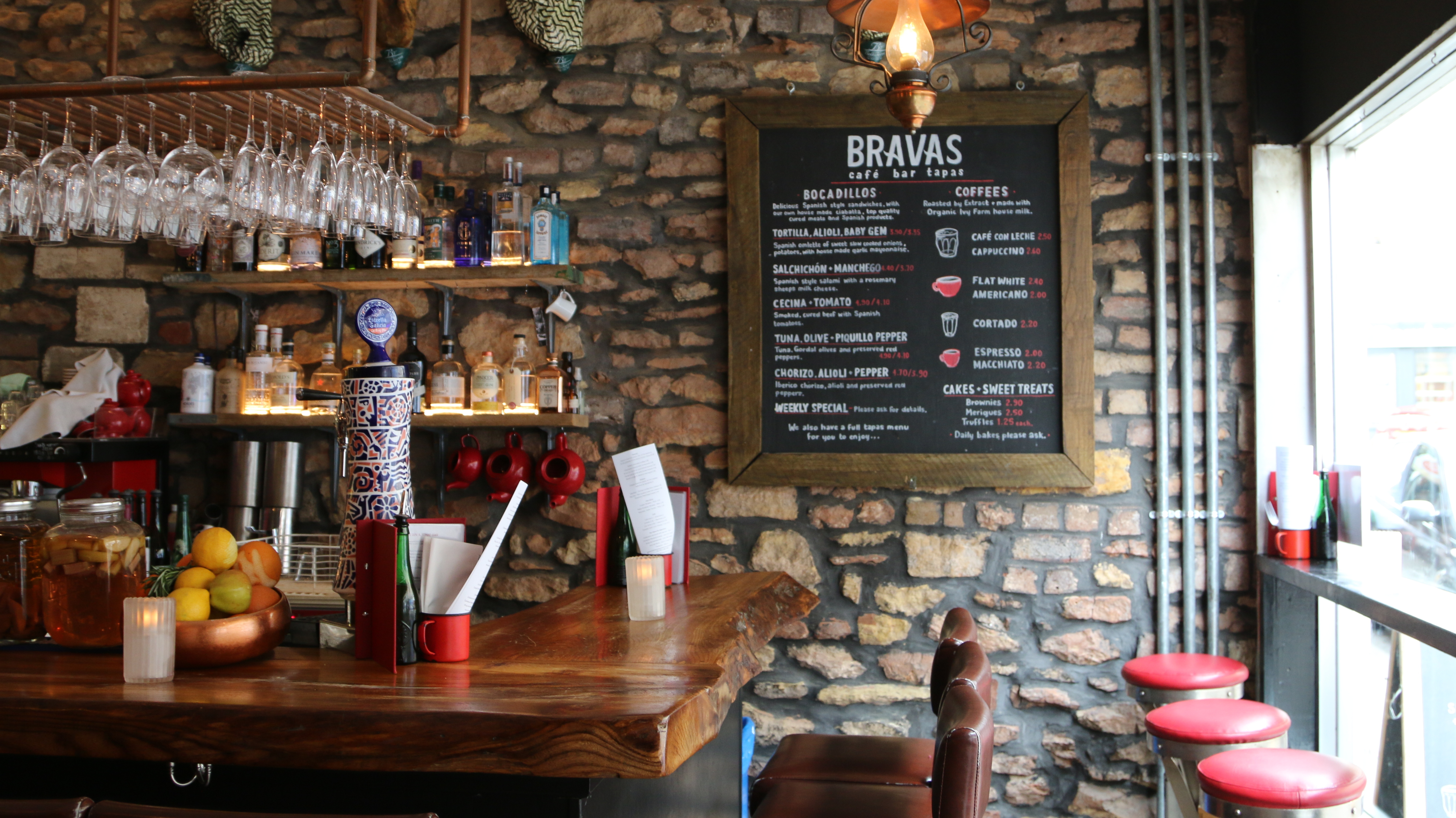