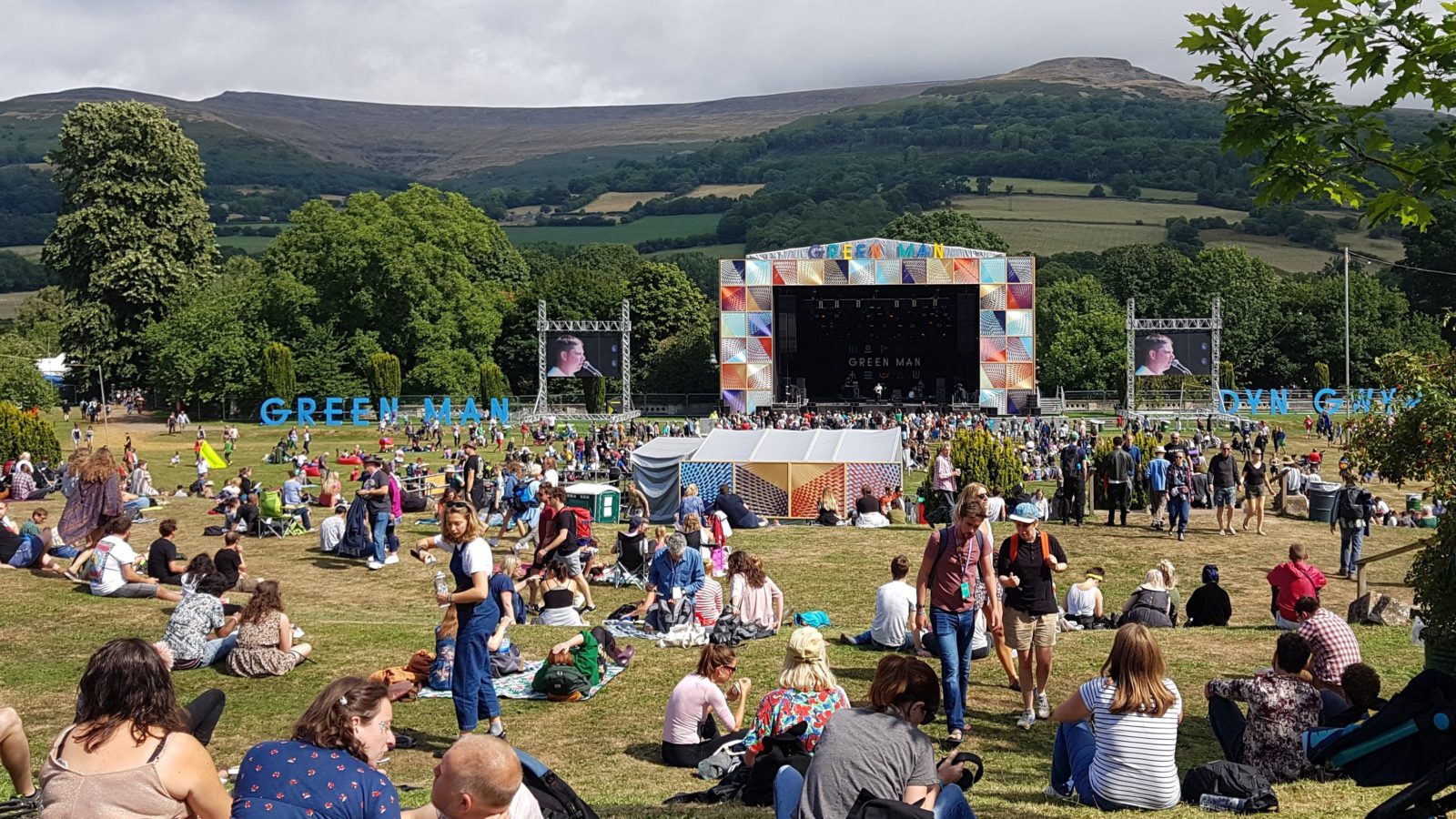 The green man goes up in a blaze of flame and fireworks at midnight on Sunday, bringing a magnificent festival to a glorious finale.

Set deep in the Brecon Beacons, framed by the Black Mountains, this unique event reminds people of all ages what a joy it is to be alive, as they revel amidst the stunning rolling fields, immersing themselves in music, nature, friendship – and perhaps a touch of hedonism.

If there is one thing that can usually be guaranteed at this Welsh festival, it’s rain. But this year, the sun gods were shining down on revellers, who enjoyed glorious weather, casting an even brighter light on an already joyous occasion.

By late Friday evening, the party has been in full swing for some time as Dirty Projectors set a lively tone for the night on the Mountain Stage, paving the way for King Gizzard And The Lizard Wizard in their first ever festival headline performance.

The Australian band set a blazing pace with their own brand of psychedelic rock – and if the music didn’t quite hit all the right notes for some, the mesmerising graphic lights show made for a spectacular viewing.

Much of the joy of Green Man comes in discovering the secret gems and a wander around the scenic setting unearths an over-sized tin can operating as what might be the UK’s tiniest disco, a giant Operation man paying homage to the NHS, a dancing fox and a party with giant bubbles. 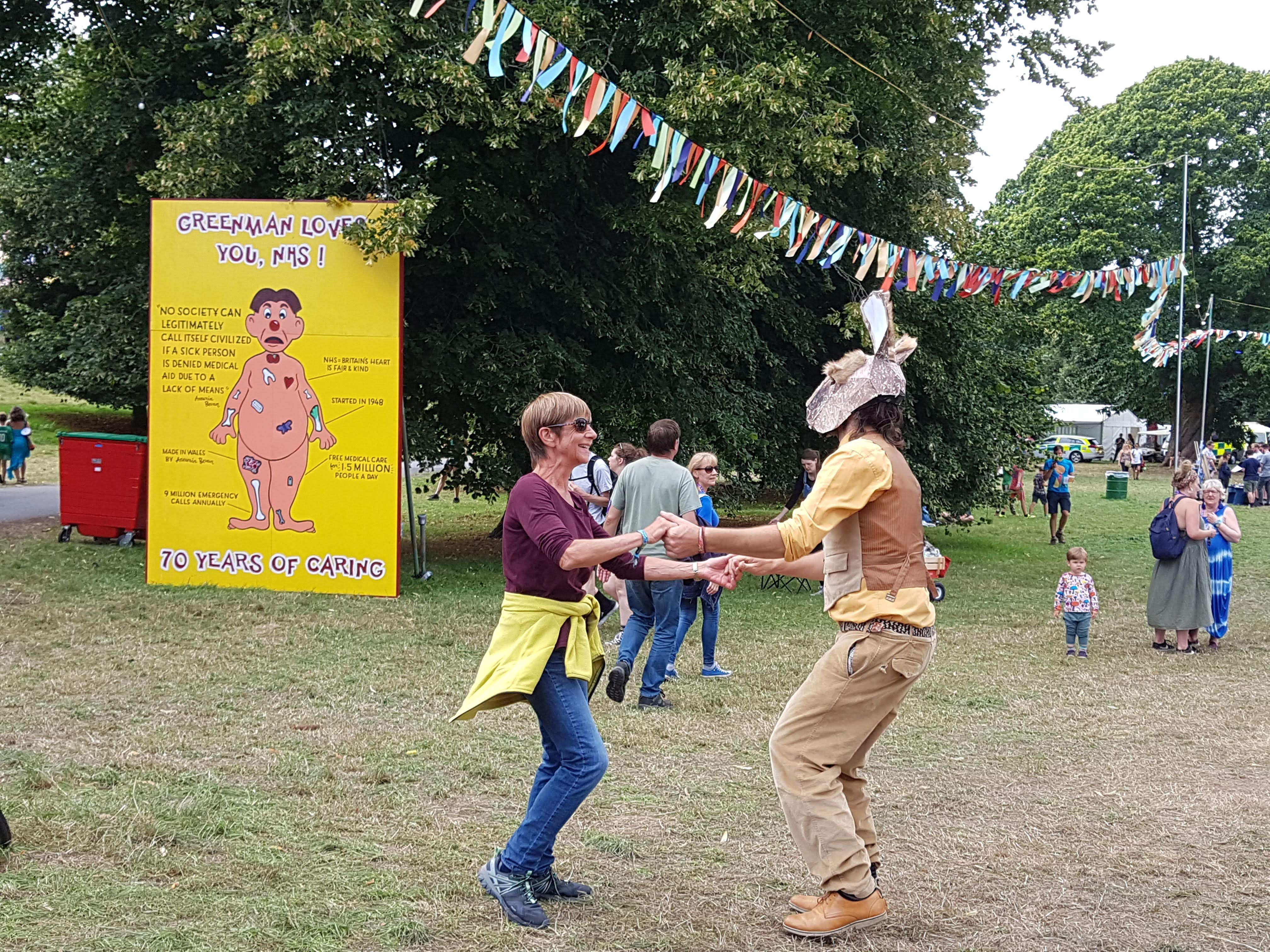 There is no shortage of fun late night spots, but Chai Wallahs – with its fairy lights, flowers and funk & ska beats – is a particular favourite venue to dance through into the early hours.

Just as the last revellers stumble towards their tents, the family camps are starting to stir with life and it’s not too long before the site is alive once more, the sizzle of bacon wafting in through the tent’s air vents and volunteers offering copies of the Guardian or the Times, with all proceeds going to the local school.

Green Man could almost be a different festival from night to day, and Saturday starts with a few ominous-looking clouds giving way to blazing sunshine and decidedly mellow vibes. 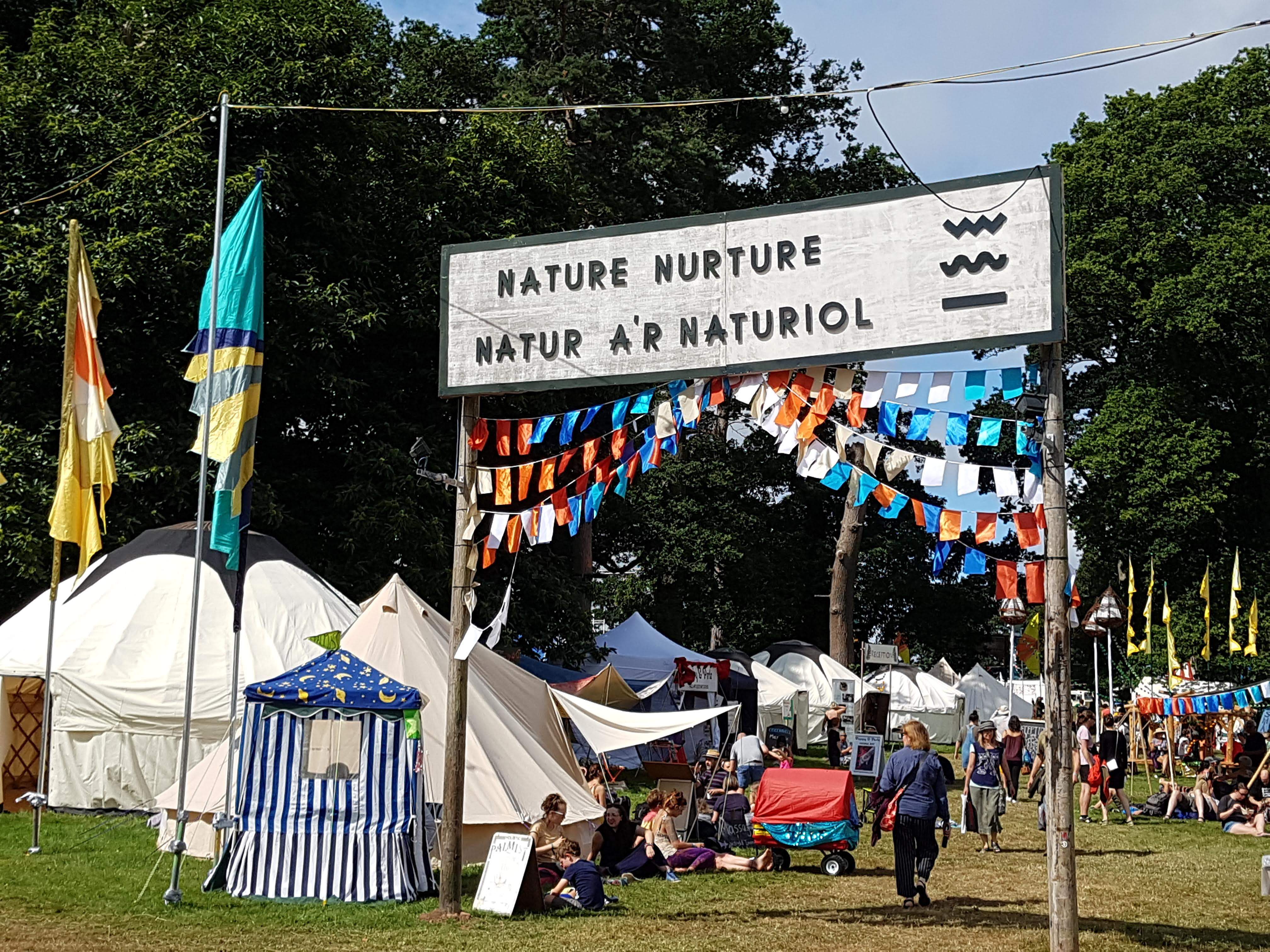 Lie on the sun-soaked banks, gazing idly up at the mist-shrouded mountain tops, get stuck into scientific discovery in Einstein’s Garden, indulge in some restorative yoga or massage, splash out on a hot tub, even hug one of the massive oak trees if you’re so inclined – there is simply no pressure at this laid-back festival.

Independent and refreshingly free from commercial influence, rules, queues or early curfews, Green Man has built up an incredibly loyal following over its 16-year history and 2018 sold out in record time.

It’s a festival that eschews big name headliners in favour of a music lineup that’s eclectic and consistently high quality.

Bo Ningen, a Japanese four-piece alternative rock band, playing early Saturday evening in the Far Out tent prove an unexpected festival highlight as they tear up the stage with an explosive psychedelic rock sound and incredible guitar performance.

It sets a high bar for the acts to follow, and Goat Girl seem rather tame by comparison, but certainly enchant the sizeable audience gathered in the Walled Garden to see them.

The Indie folk sound of Seattle’s Fleet Foxes, headlining the Mountain Stage, is a crowd-pleaser and was preceded on stage by John Grant and the powerful voice of returning Welsh hero Cate Le Bon, in her only festival performance this year. 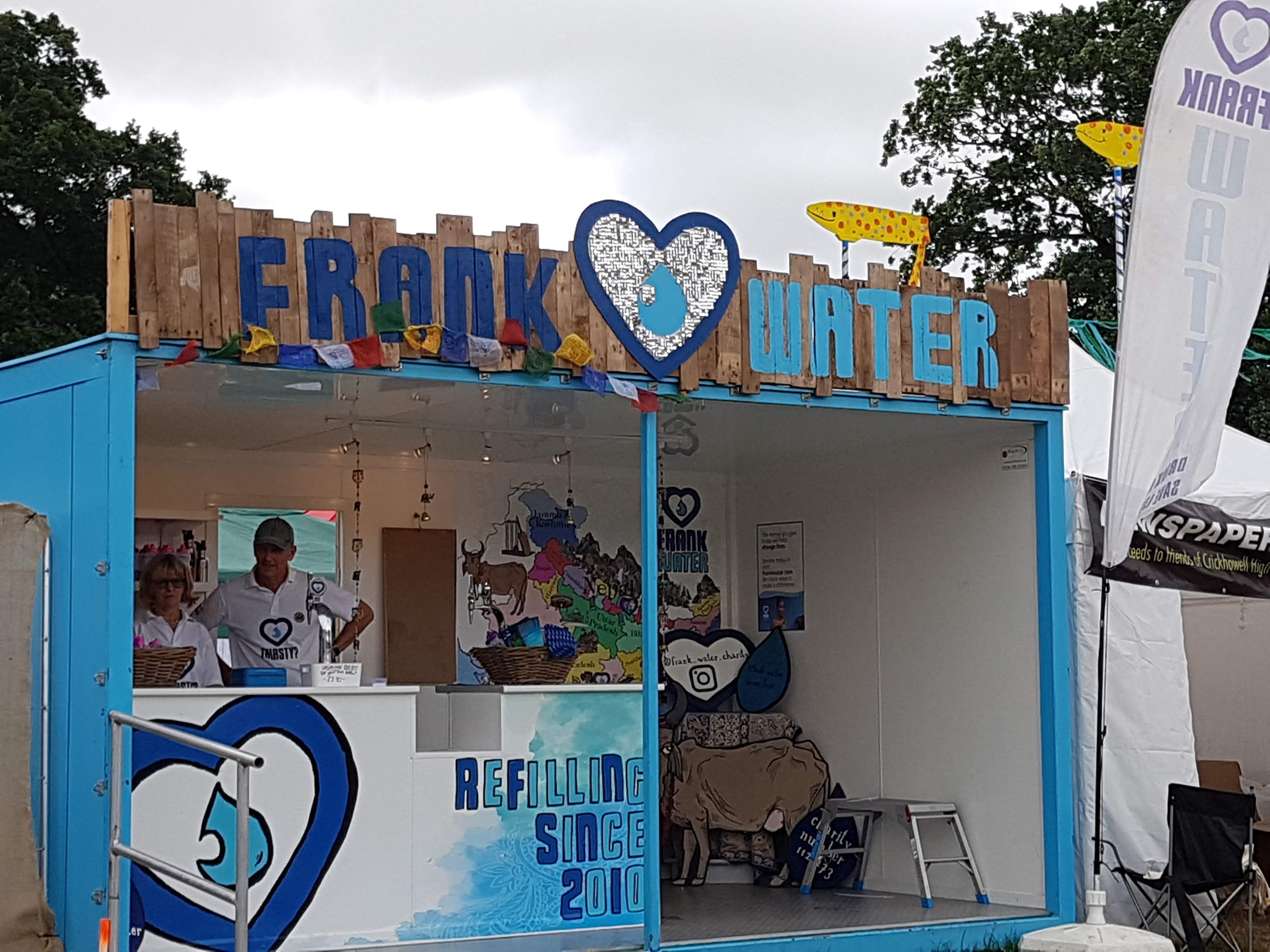 Just a hop, skip and a jump over the bridge from Bristol, it’s no wonder that the city has a strong presence at Green Man, with loyal festival-goer Big Jeff – in his role as rising star of the DJ world – getting his own slot on stage this year.

There is also the familiar sight of foodie offerings, including Pieminister and the Hippy Chippy, and Bristol-based charity Frank Water on hand to ensure everyone at the festival is well hydrated, while helping to fund safe water and sanitation projects overseas.

Fenne Lily on the Rising stage at Green Man 2018.

Then there’s Bristol-based Fenne Lily, who enraptures the crowd gathered to see her on the Rising stage on Sunday evening. Her sweet, haunting voice effortlessly pouring out her moving, heartfelt lyrics

But don’t be fooled into thinking this singer is all sweetness and light. As she finishes her set with two brand new songs, she jokingly (I think) warns audience members not to film and put them online or she’d “fuck them up”.

The inimitable Anna Calvi proves yet another festival highlight. Taking to the Mountain Stage late Sunday afternoon, she cuts a fine figure dressed in a white jacket, armed with her electric guitar, powerful voice and mesmeric stage presence.

The Grizzly Bears, followed by War on Drugs on the Mountain Stage made for a triumphant finale, before the entire festival flocks to the top of the site for the ceremonial burning of the larger-than-life green man effigy.

As the huge centrepiece is set ablaze – everyone’s handwritten hopes and wishes sailing up into the night air – followed by a stunning fireworks display, it is a special moment that unites the vast crowd gathered. 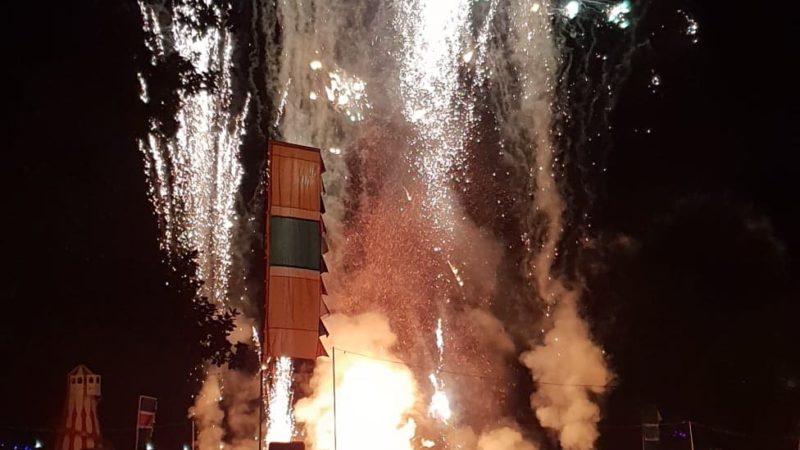 From the fresh mountain air, to the stunning setting, kept spotless by hordes of good-natured volunteers, the intrigue of the unexpected, to the impromptu mass children’s football match in the middle of one of the headline acts, Green Man is a festival in a class of its own.

Monday brings more sun as happy, if slightly broken, campers pack up their tents ready for the trudge home, only for drivers to be met with absolute gridlock in the parking field as a burst water pipe on the road prevents anyone from leaving. Settling in for a long wait, some festival goers share picnics, others play cricket and more still just bask in the glorious setting.

One thing’s for sure, the generous spirit of Green Man lives on.