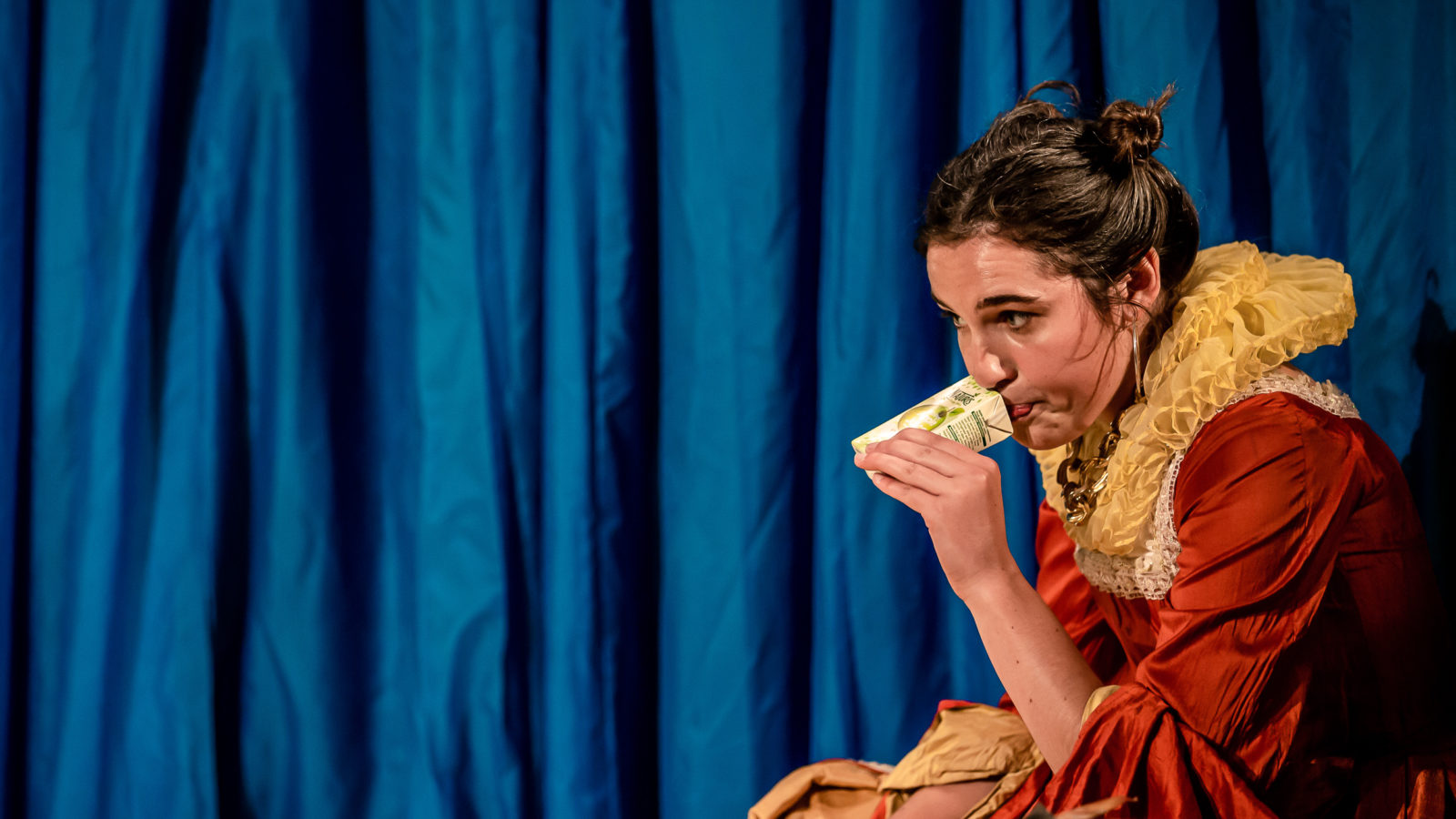 While half the country holds its collective breath in full prorogue mode, the FullRogue duo of naughty girls eschew all that political stuff and cavort into BOV’s Weston Studio hotfoot from an Edinburgh Festival stint, all shiny and bouncy from their good reception.

They seem to have broken into an am-dram company’s wardrobe on the way and purloined some nicely-wrong-but-oh-so-right cozzies which they change into in front of the audience, stripping down to their unsexy undies with a pleasing lack of vanity, like a couple of kids playing a dressing-up game (“there’s quite a lot of bum cheek hanging out of your knickers…”). My friend’s favourite line in the whole show was Nell’s “I feel like a curtain.” The physicality and visual jokes come fast and thick at the beginning. So far, so good. 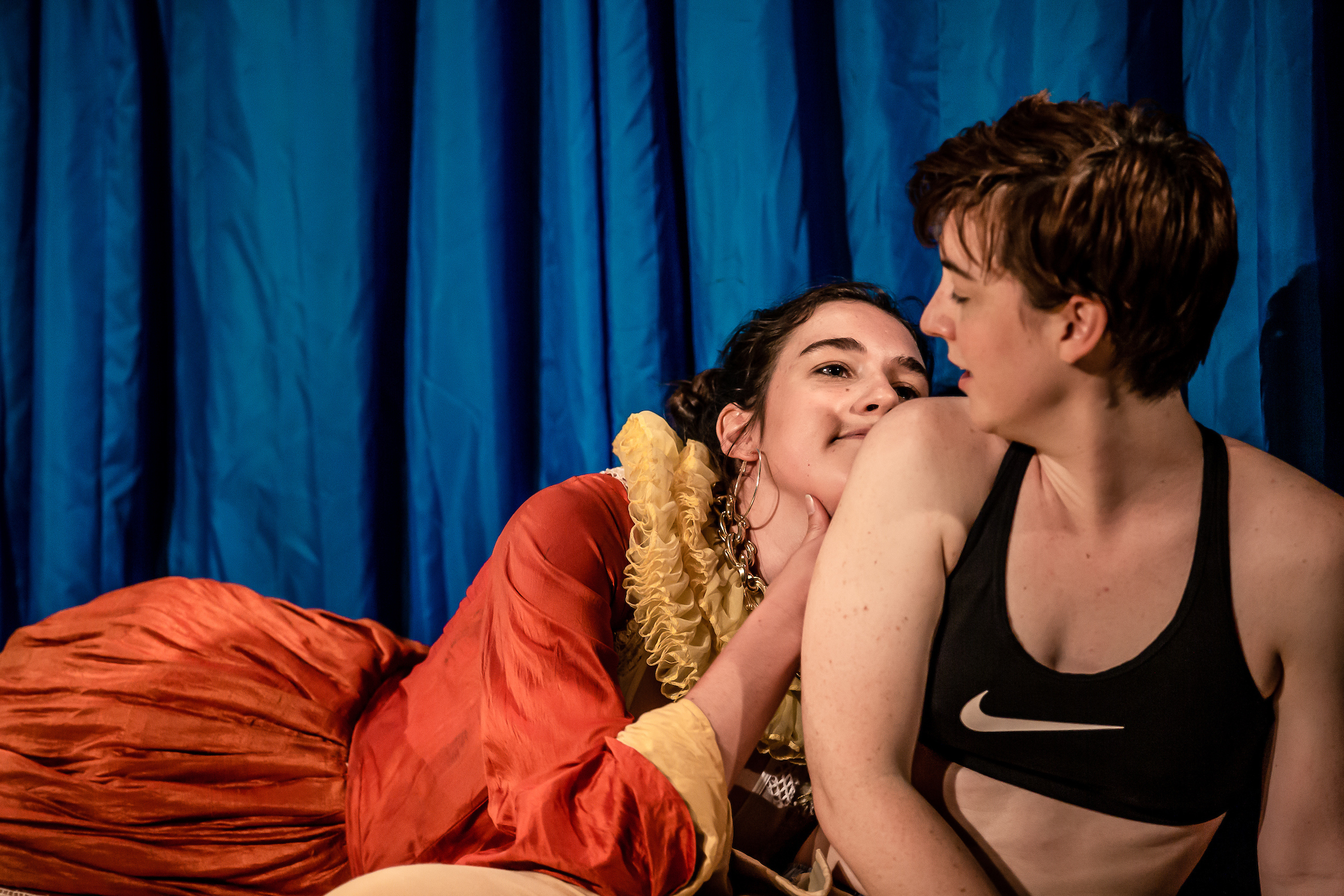 Alice Lamb and Annabel Baldwin in ‘Wild Swimming. Pics: The Other Richard

Their mission statement is a laugh: they like fucking with plays, especially new ones faithfully rendered and old ones that are boring. So they get on with the business of fucking with this new play, written for them by Marek Horn, who is a boy. They are both girls – but girls with a strong ‘principal boy’ vibe, and so they also get on with fucking with the whole boy-girl relationship thing.

They are on a beach and, because “time is elastic in the theatre”, they start off all ruff-and-bustle in Elizabethan times and end up in the here are now, by way of the Regency and Edwardian periods. Oscar (Annabel Baldwin) has just completed his first year of uni, while Nell (Alice Lamb) is on a gap year (“if you were a rich bitch in Elizabethan England your whole life was a gap yaar”.) 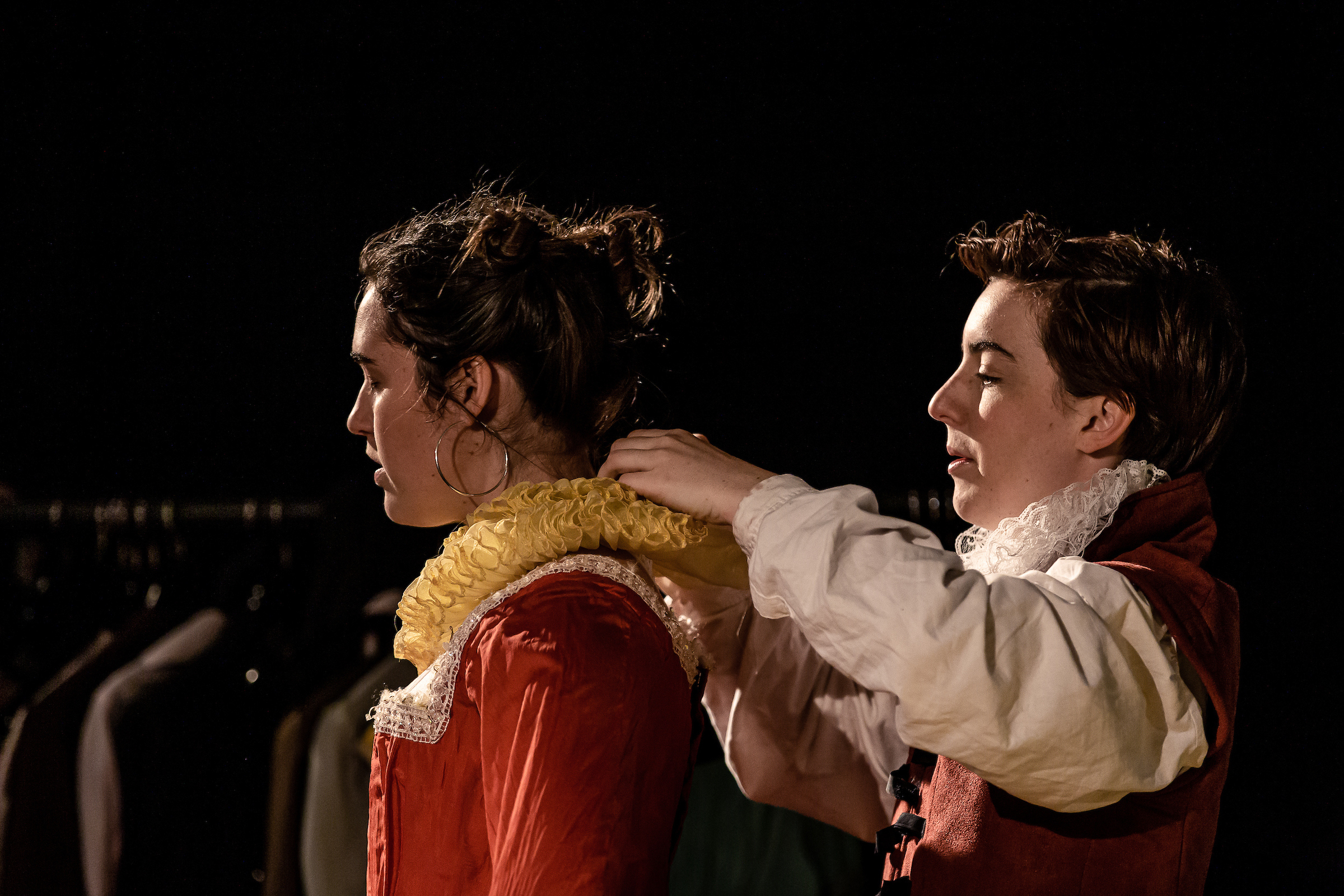 As a time-travelling couple, they are more like randy androgynes who are best friends. They have a lot of philosophical conversations, mainly about what girls and women weren’t allowed to do in whatever period of time they’re in at that moment. It’s very funny and fast with great comedy timing and they have a lot of chops and really authentic stage presence.

Nell the girl is more developed as a character and has a mission – to stand up for women and give Oscar a hard time for being himself – which is a bit of a weakness in the script that leaves Oscar running around doing a lot of silly things for want of any character arc of his own. He does, however, have a timeless mission: to swim the Hellespont and to prove that he is proper man with a passionate soul and no fear of cold water: what Winnicott called ‘false male doing’ in psychospeak. 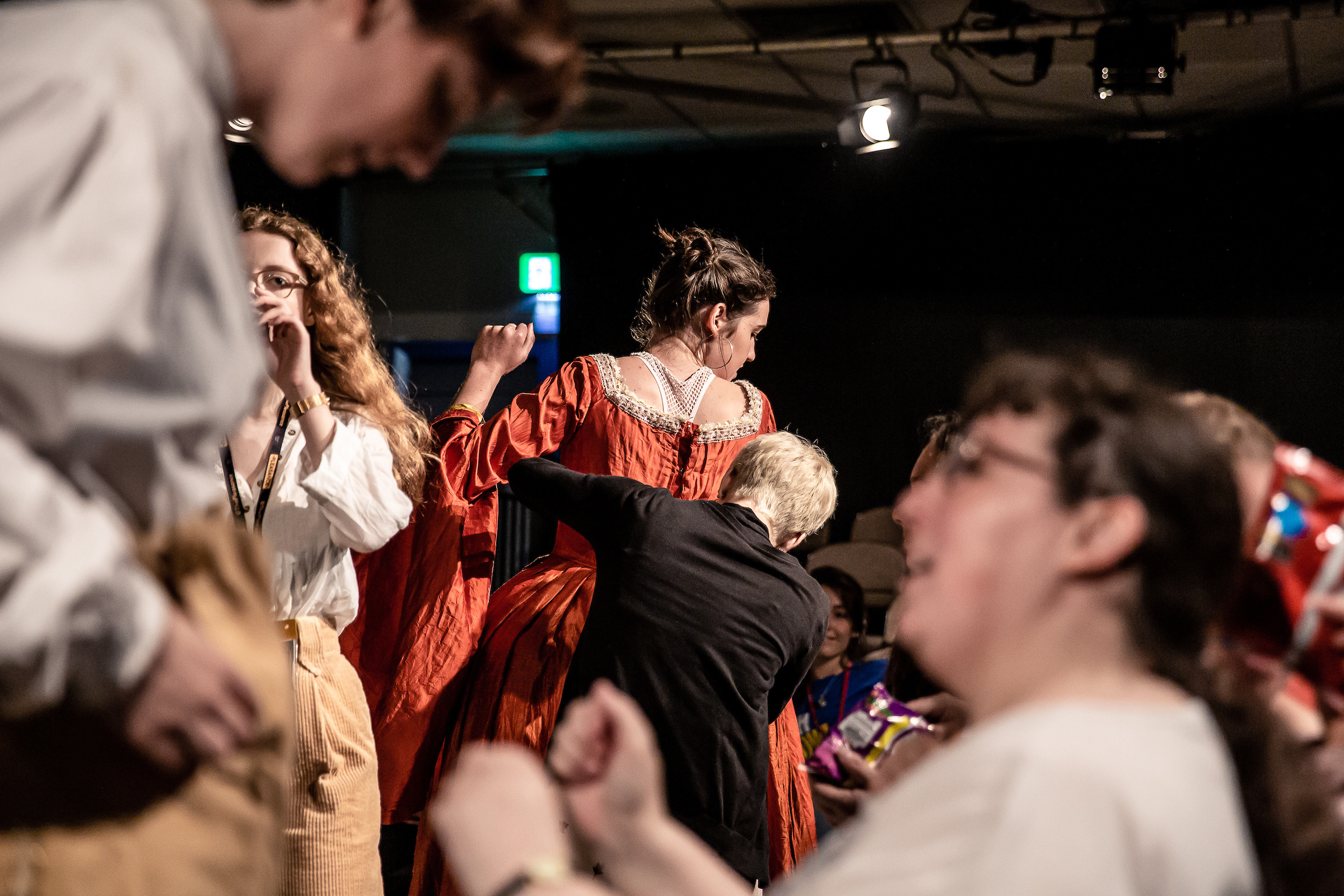 This is hilarious, intelligent, high-energy young theatre, delivered with buckets of cheek and charm by a couple of millennials who will go on getting better and better at injecting more content into their work, with an ebb and flow of dark comedy and soulfulness that moves and challenges us, as well as making us laugh.