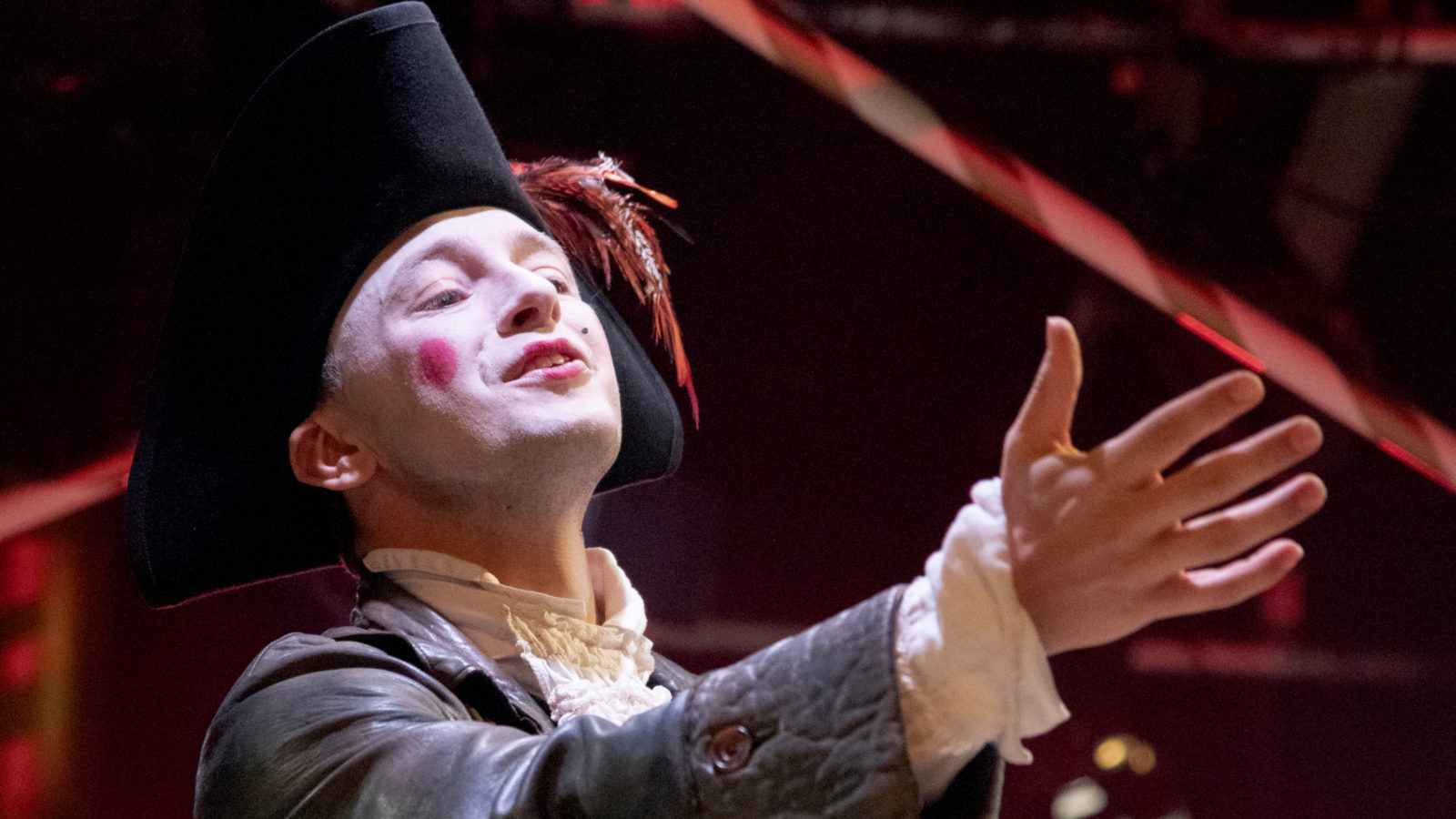 Opera is conventionally performed in lavish auditoriums: the cavernous spaces of Bayreuth or the plush decadence of the Royal Opera House. The stereotypical image is of a well-built soprano singing on a stage a long way away.

So the intimate surroundings of the Tobacco Factory are not where one would necessarily expect to encounter a company presenting Rossini’s classic operatic comedy, The Barber of Seville. But chamber opera is what Opera Project do, and they do it very well.

Rossini’s Barber of Seville is not a complicated story. It recounts the struggles of Count Almaviva (William Wallace) in wooing Rosina (Rebecca Afonwy-Jones) with the aid of the wily eponymous barber Figaro (Philip Smith, who in his previous career had the world’s greatest job title: National Otter Surveyor of England). It has all the narrative complexity of a Punch & Judy show. But then there’s hardly time for intricate storylines when a character cannot even leave the room until everyone has sung about it for five minutes. 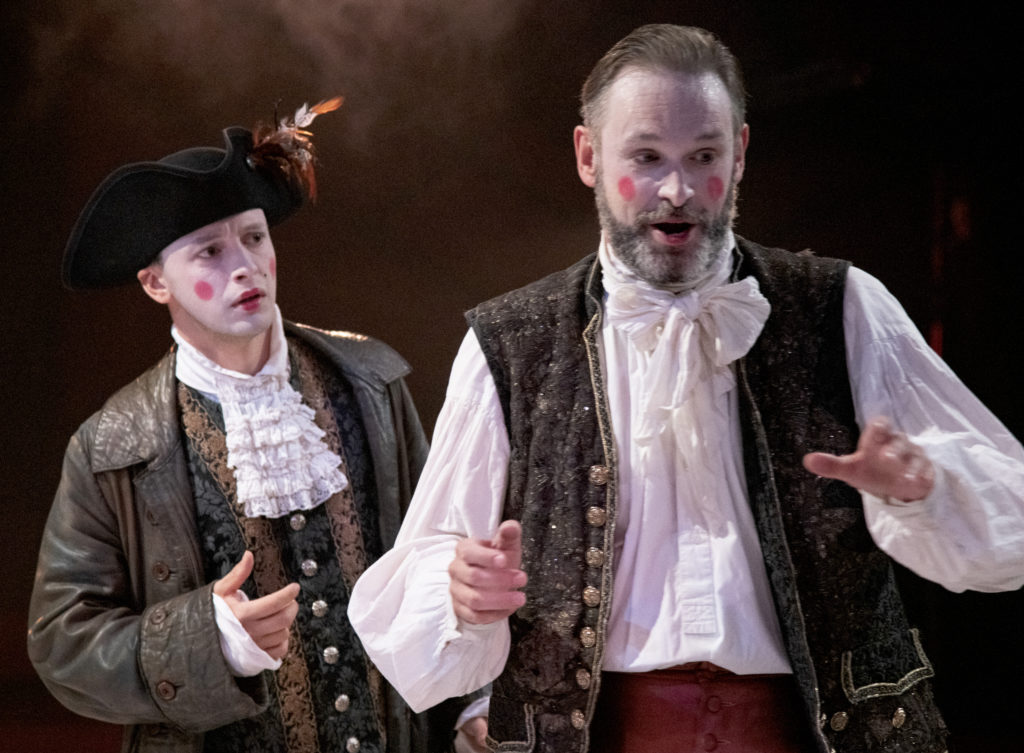 Accessibility is greatly enhanced by the fact that the libretto is sung in English. There is real skill in translating the narrative and characterisation whilst also inserting culturally-specific jokes, all set to the original melody and rhyming scheme, and director Richard Studer’s English translation is a triumph in this regard (although the pedantic might wonder why the characters keep slipping in bits of Italian when they’re supposed to be in Spain).

The production is staged in the round, which brings the singers even closer to the audience in the confined space. A degree of intimacy is lost, however, by the choice of make-up: all the performers have whitened faces and exaggerated red cheek circles. Whilst this could be deemed to fit with both the Georgian costumes and the simplicity of the commedia dell’arte comic narrative, it does create a distancing effect – a shame when the whole USP of chamber opera is the ability to feel up close and personal with the characters. 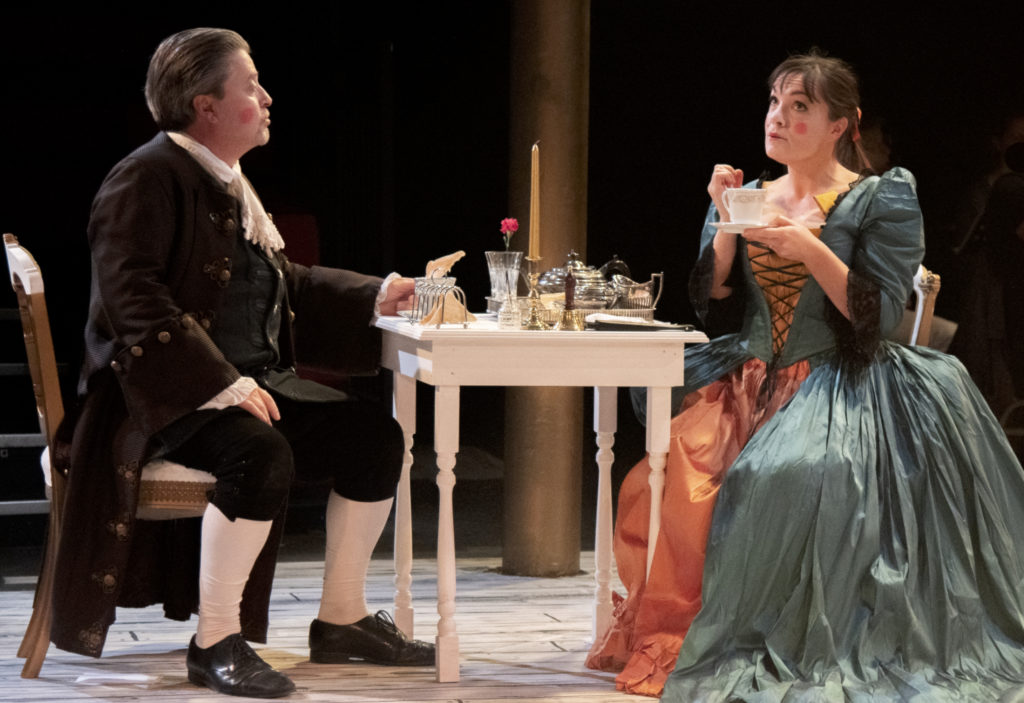 It’s unclear exactly why Studer has opted to stage The Barber of Seville in the round. The performers do not seem entirely comfortable with the need to deliver their performance in 360 degrees, and some elements are lost if the performer is pointing the wrong way.

Acoustically there is also a challenge when one performer is singing at the audience on one side and another is singing on the other side – the balance is lost, with the nearer performer drowning out the further. 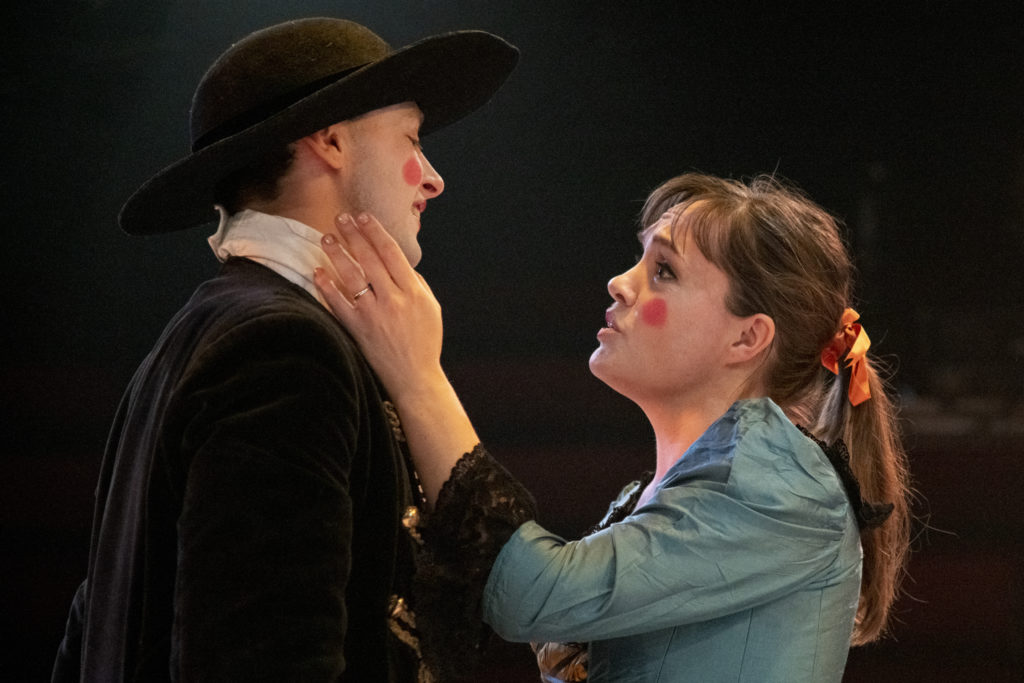 Nonetheless, there is plenty to thrill lovers of fine voices, especially tenor Wallace and soprano Jane Holesworth (Berta), whose full-throated delivery manages to shiver the steel girders of the old tobacco factory. Lovers of theatre may be slightly less engaged – but then Barber is not a piece that promises gripping drama. A clownish staging with melodramatic gestures is probably the best way to tackle a piece which is as light and frothy as Rossini’s tunes.