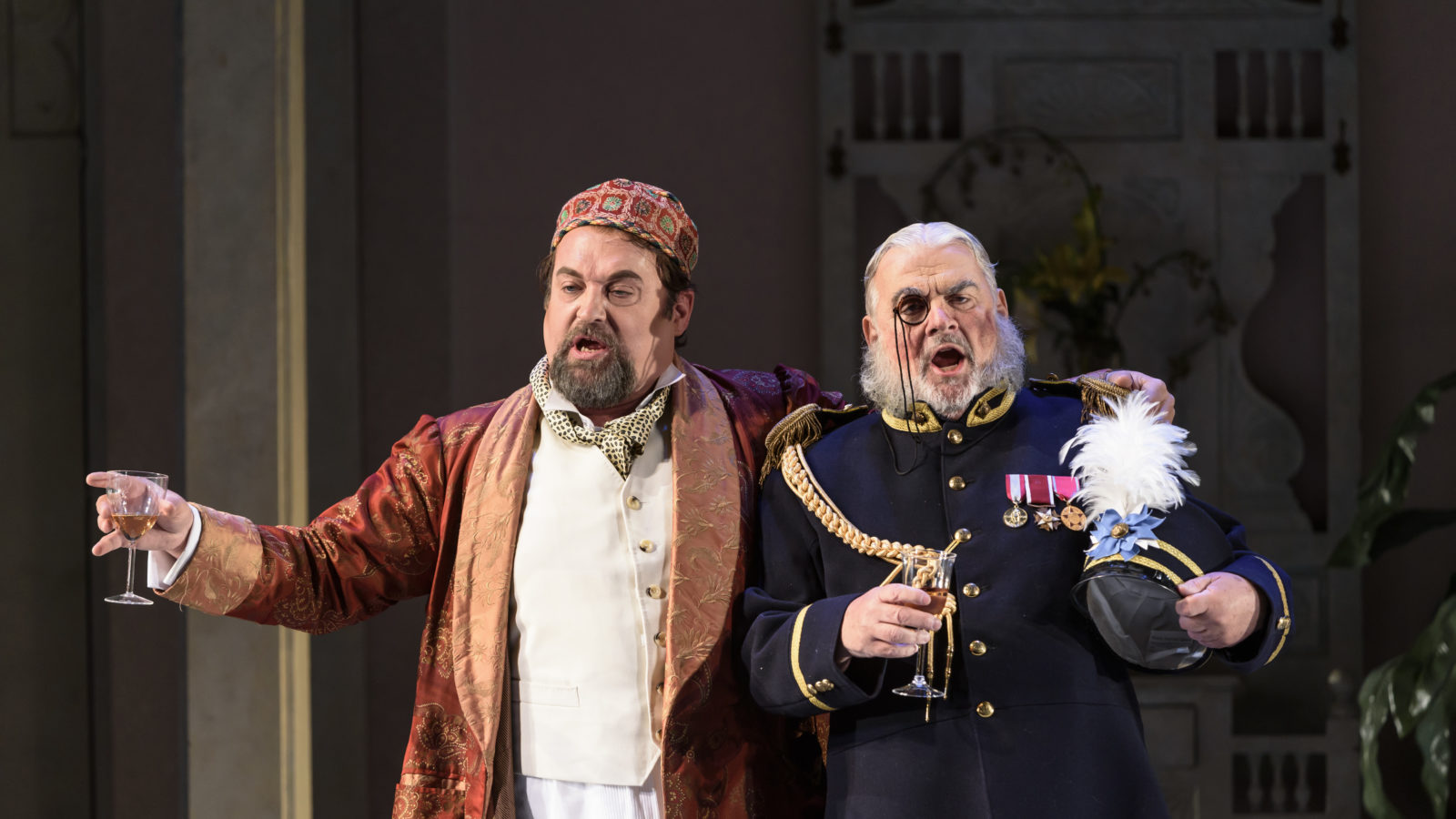 Welsh National Opera’s current autumn season in Bristol concludes with this comic romp that weaves together a delightfully complex tale of mistaken identity, flirtation, pranks and revenge that’s fuelled by lots and lots of champagne and frequent drinking songs.

If Johann Strauss II was writing today, he could do worse than cast Kenneth Williams in a starring role – although I don’t know if Mr Williams could sing opera and Strauss may have had to change his title to Carry On at The Masked Ball. This production even includes a dig at Donald Trump.

As it is, it’s called Die Fledermaus because that’s the nick name of Dr Falke – or ‘Dr Bat’ as he’s known. Indeed, an alternate title for this quintessential Viennese operetta is The Revenge of the Bat. 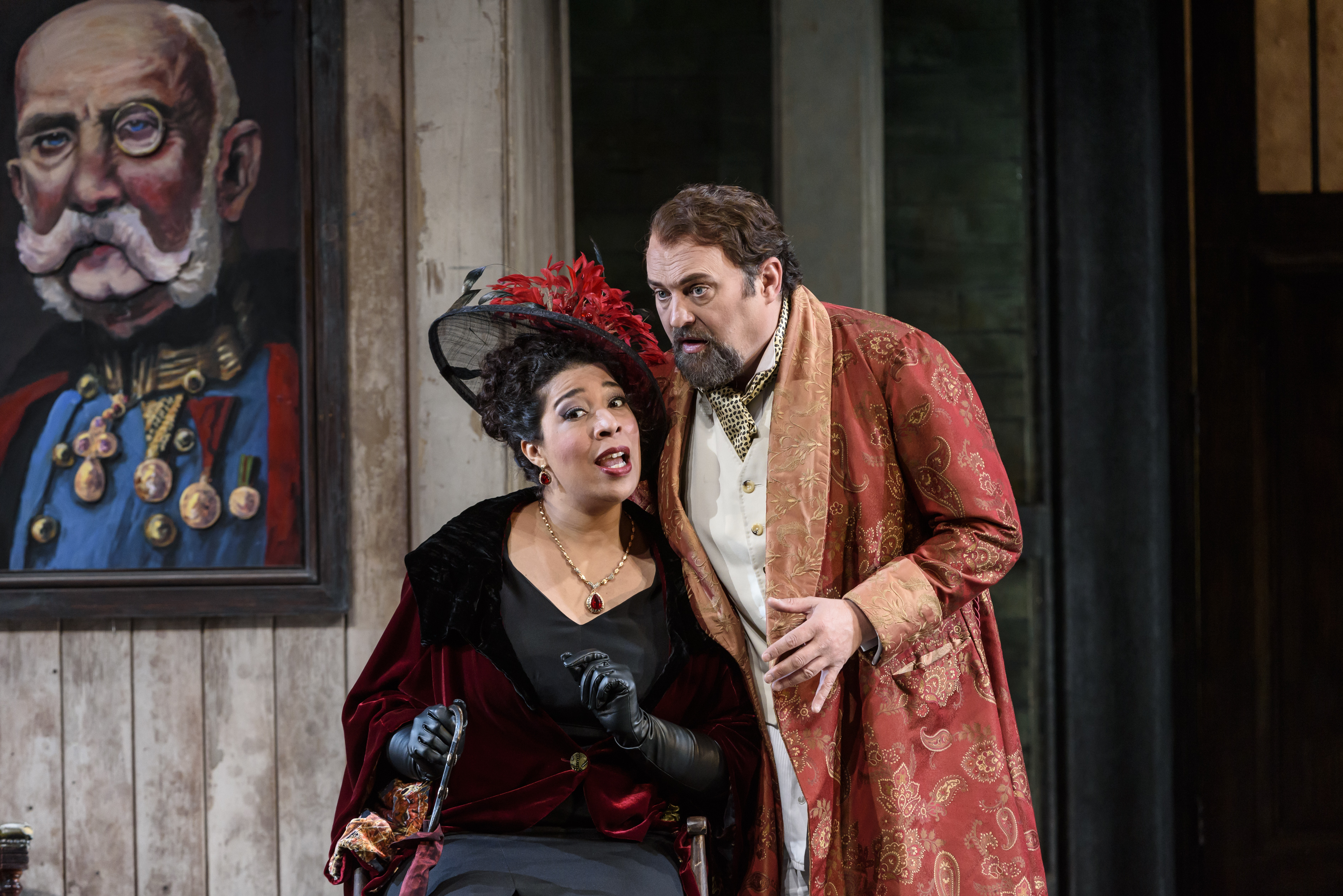 The action opens in old Vienna, where it seems everyone is trying to trick or double-cross each other. Wives cheat on their husbands, lovers are taken for husbands, the wrong man is sent to prison, while another mistakenly flirts with his own wife disguised as a Hungarian countess and the prison governor tries his luck with a chambermaid pretending to be an actress.

As the guests waltz carelessly through the (very) long and increasingly drunken night, Die Fledermaus, conducted brilliantly here by James Southall, becomes a lavish whirl of gorgeous music, opulence, frivolity and some seriously posh frocks. The orchestra is spectacular and incredibly versatile. Two nights ago in this season they performed a sumptuous Eugene Onegin, tonight they were faultless with all things Strauss. 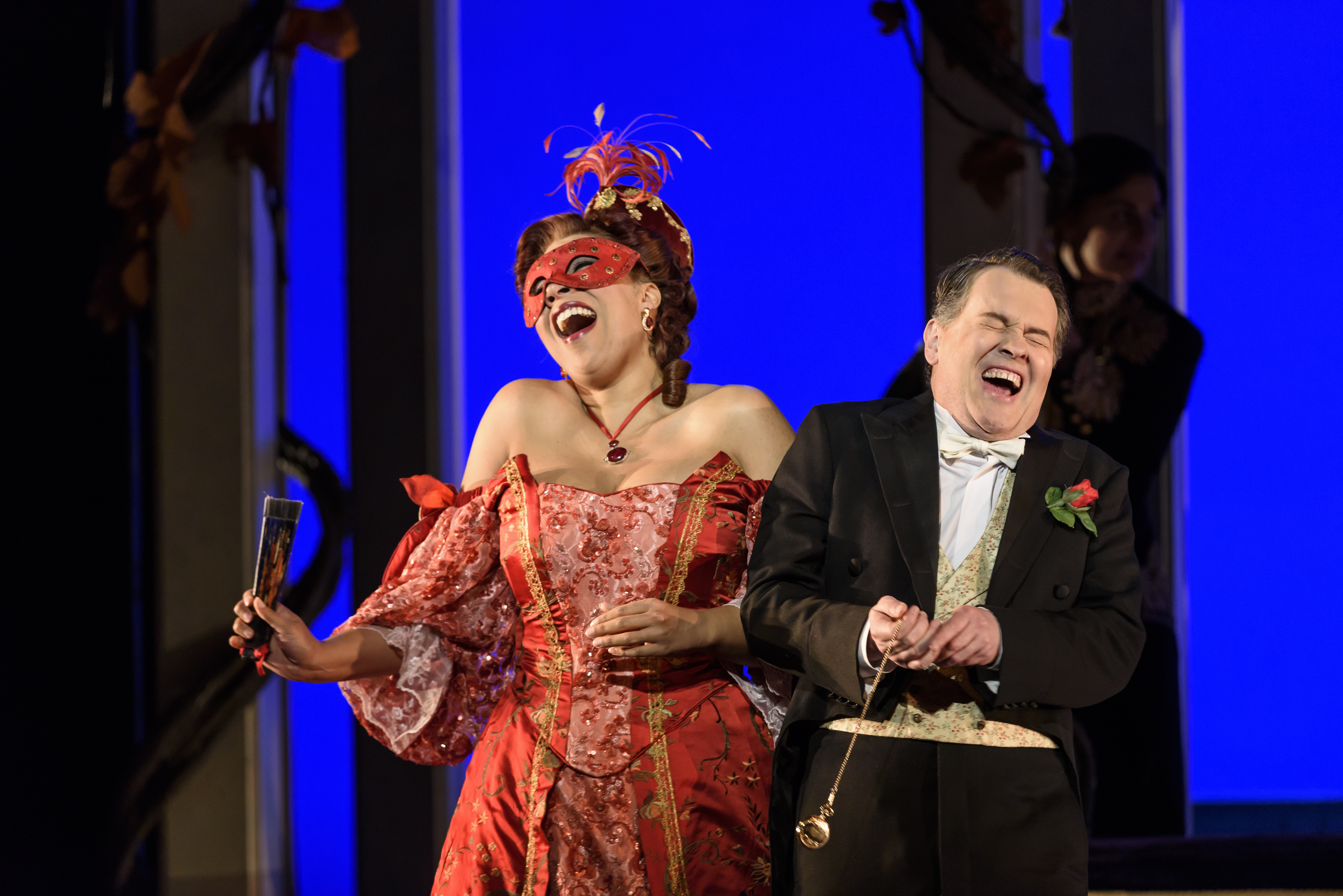 The cast includes the sparkling Judith Howarth as the leading lady Rosalinde, with Mark Stone as her errant (and often duped) husband Eisenstein. Ben McAlteer is Falke (Dr Bat). Rhian Lois is the saucy chambermaid, Adele, who’s out for the main chance. Alan Opie is Frank the prison warden and Paul Charles Clarke as Alfred, Rosalinde’s lover who finally hints that he may have got away with more than we originally suspected.

Anna Harvey is the young Prince Orlofsky, a role traditionally played by a mezzo soprano in masculine garb – as it would have been in Strauss’ day. But this is a difficult role, the prince seems terminally bored and bored people are, I’m afraid, essentially boring.

Also joining the cast in the standout role of the comic jailer, Frosch, is the brilliant Welsh actor Steve Speirs, better known to some as Alan in Sky TV’s Stella. He plays the part hilariously as very much an Alexi Sayle-style routine. He’s very, very funny and even has the audacity to throw in a “walk this way” joke (think Young Frankenstein). 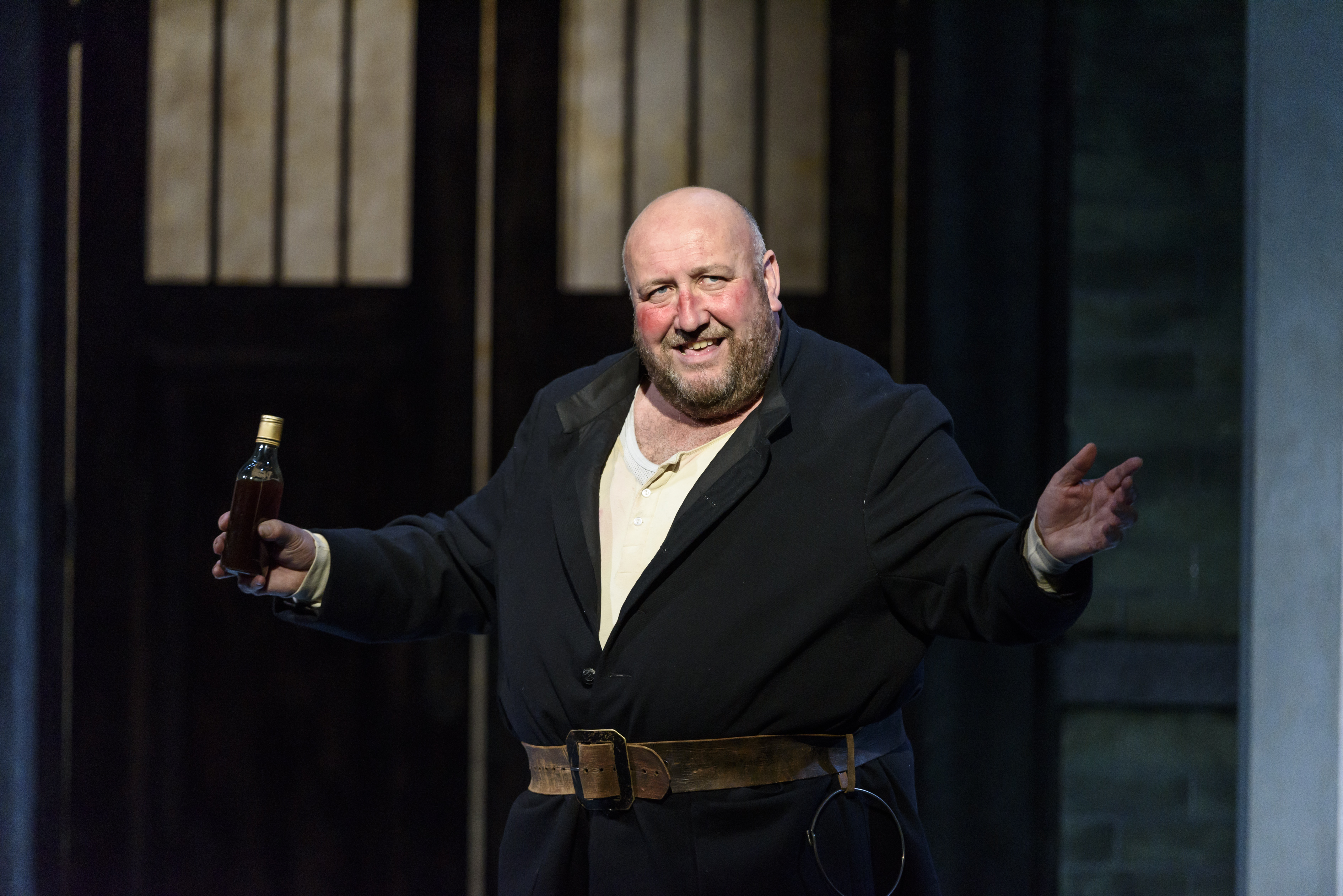 Musically, Die Fledermaus is thoroughly high-spirited, with numerous waltz and polka themes. Rosalinde is given a fake-Hungarian aria and maid Adele performs her own aria appropriately called the Laughing Song.

Two minor complaints: WNO has chosen to sur-title only the singing and not the dialogue, a very effective way to disengage an audience; and the masked ball element here is limited. Only Rosalinde is actually masked – why not Adele or Eisenstein? If they had been, the whole mistaken identity element would have been much more entertaining.

This opera has been described as a critique of hedonism – and that element of decadence is certainly present. At one moment Prince Orlofsky tells his guests, “I turn your morals upside down and set your spirit free,” and one is left in no doubt that the pursuit of pleasure has definite downsides: but the musical genius of Strauss, with his irresistible melodies, finally makes it impossible to take Die Fledermaus too seriously.

On the morning after the night before the cold light of day brings plenty of hangovers, but it’s a forgiving dawn that makes no real criticism of these characters’ naughtiness. In the final minutes Strauss lays the blame firmly on “King Champagne”.

Welsh National Opera’s autumn season at the Hippodrome concludes with a matinee performance of Die Fledermaus at 4pm on Saturday, November 18. For more info and to book tickets, visit www.atgtickets.com/shows/wno-die-fledermaus/bristol-hippodrome