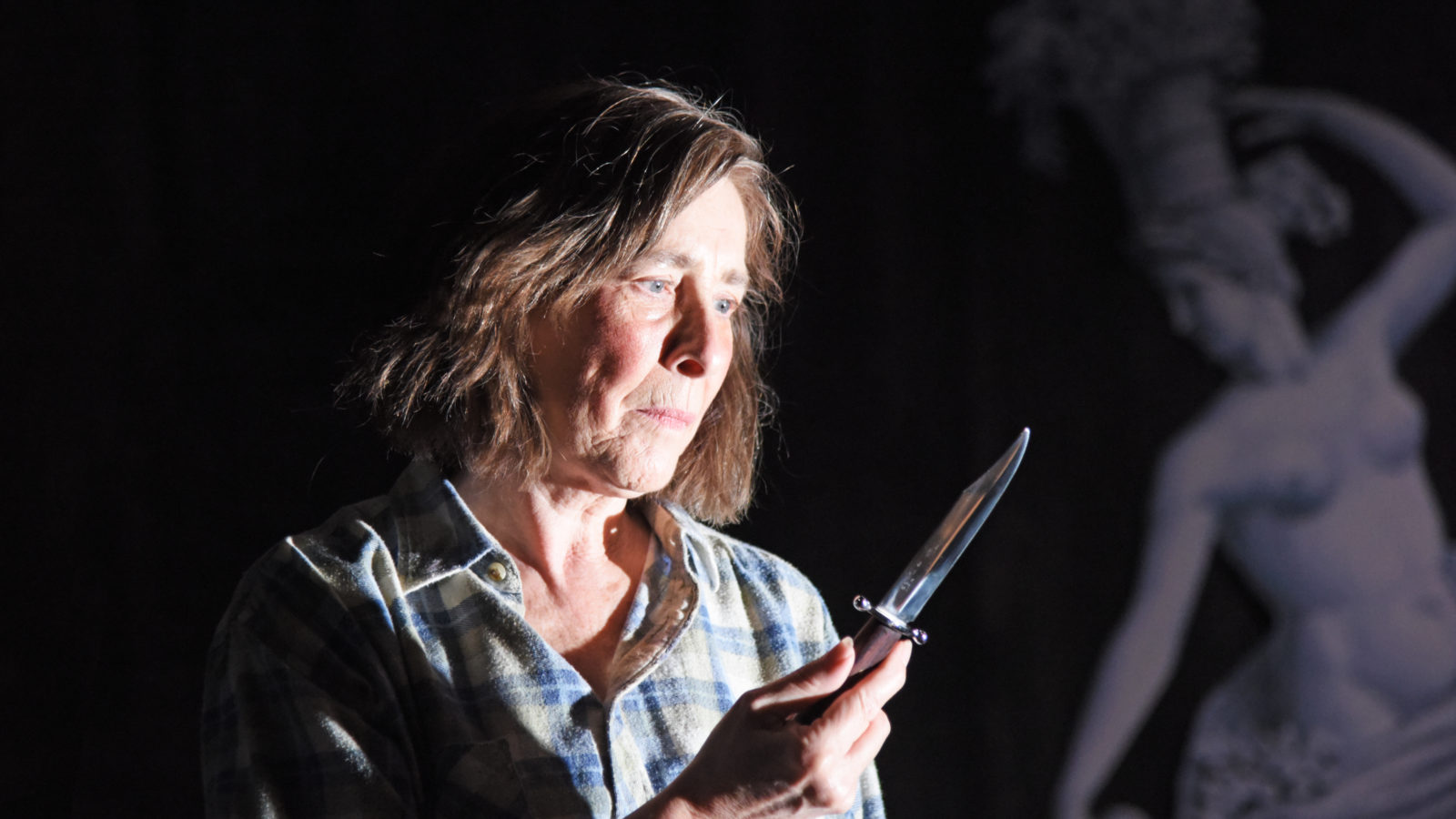 There’s no doubt that Patricia Highsmith, best known as the author of Strangers On A Train and The Talented Mr Ripley, was a powerful writer who played with delight in humanity’s darkest spaces. Nor could anyone imagine her as a saccharine people-pleaser. One of her friends (I learned from the programme notes) called her “an equal opportunities offender”: you name a group of people, she hated it.

So here we are: an artistic woman with what’s euphemistically termed “a big personality” who defied her times: misanthropic, racist, lesbian and in a self-imposed exile from literary New York. With a perhaps predictable logic, Joanna Murray-Smith’s Switzerland imagines Highsmith’s dying days in the company of a young, male emissary from her publishers who has (of course) increasingly Ripley-esque traits, which lead to a logical conclusion. 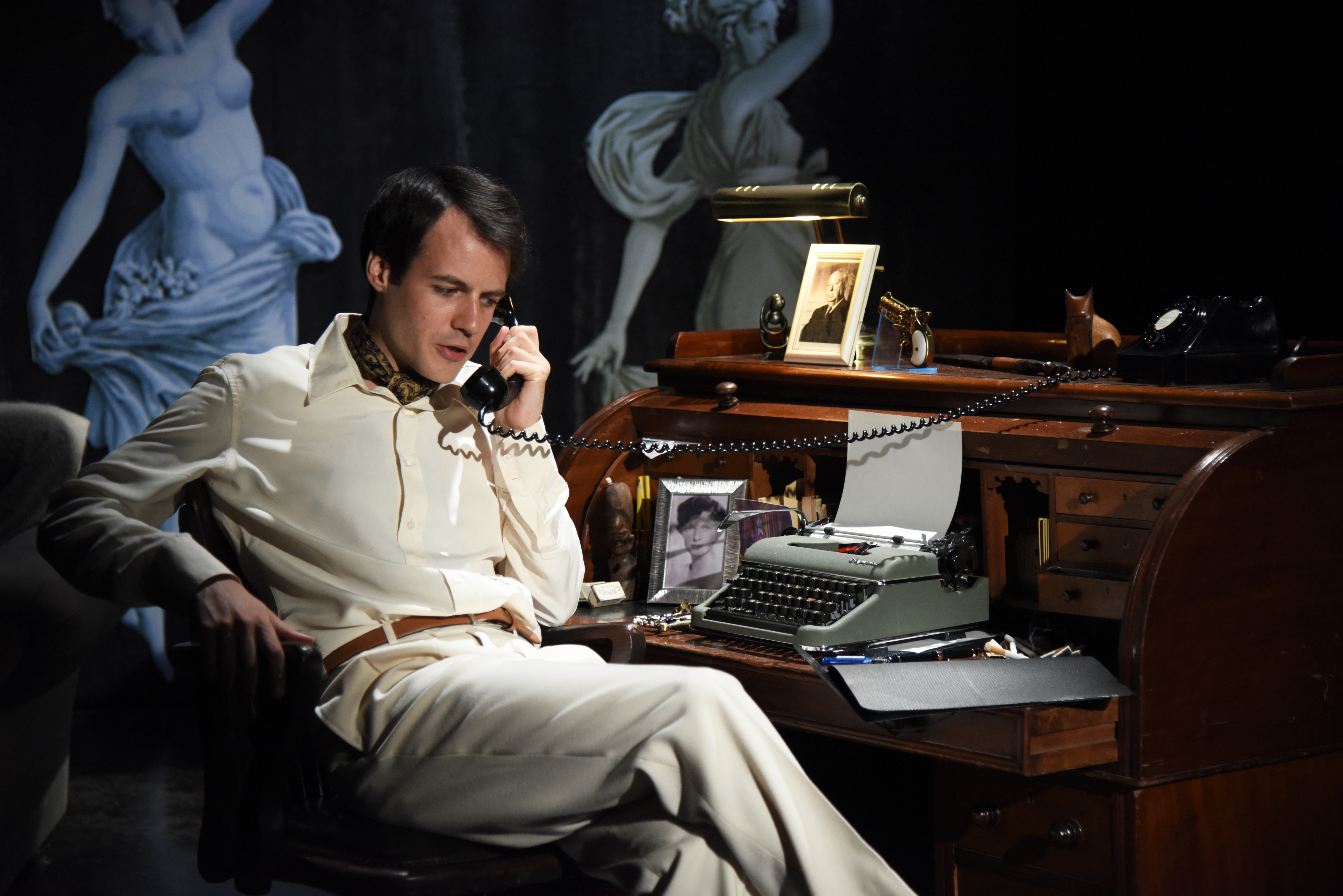 An author’s encounter with their characters is no new idea and that’s not a problem in itself: many say there’s just a handful of stories out there, after all. My problem is that this is an uneven play that just cannot get beneath the surface. The script does not do justice, either to Highsmith (what would she say about this depiction of her demise?!), or to the dramatic opportunities of the idea.

Disappointingly, the first two-thirds of the play are ostensibly about whether Highsmith (Phyllis Logan) will sign a book contract, or force Edward (Calum Finlay) to return to NYC empty-handed. Decorating the “stay/go/stay/go” dynamic are angry, shouty diatribes and debates about art versus publishing, love versus hate, the ‘50s versus the ‘90s, Swiss versus Americans… you get the gist. 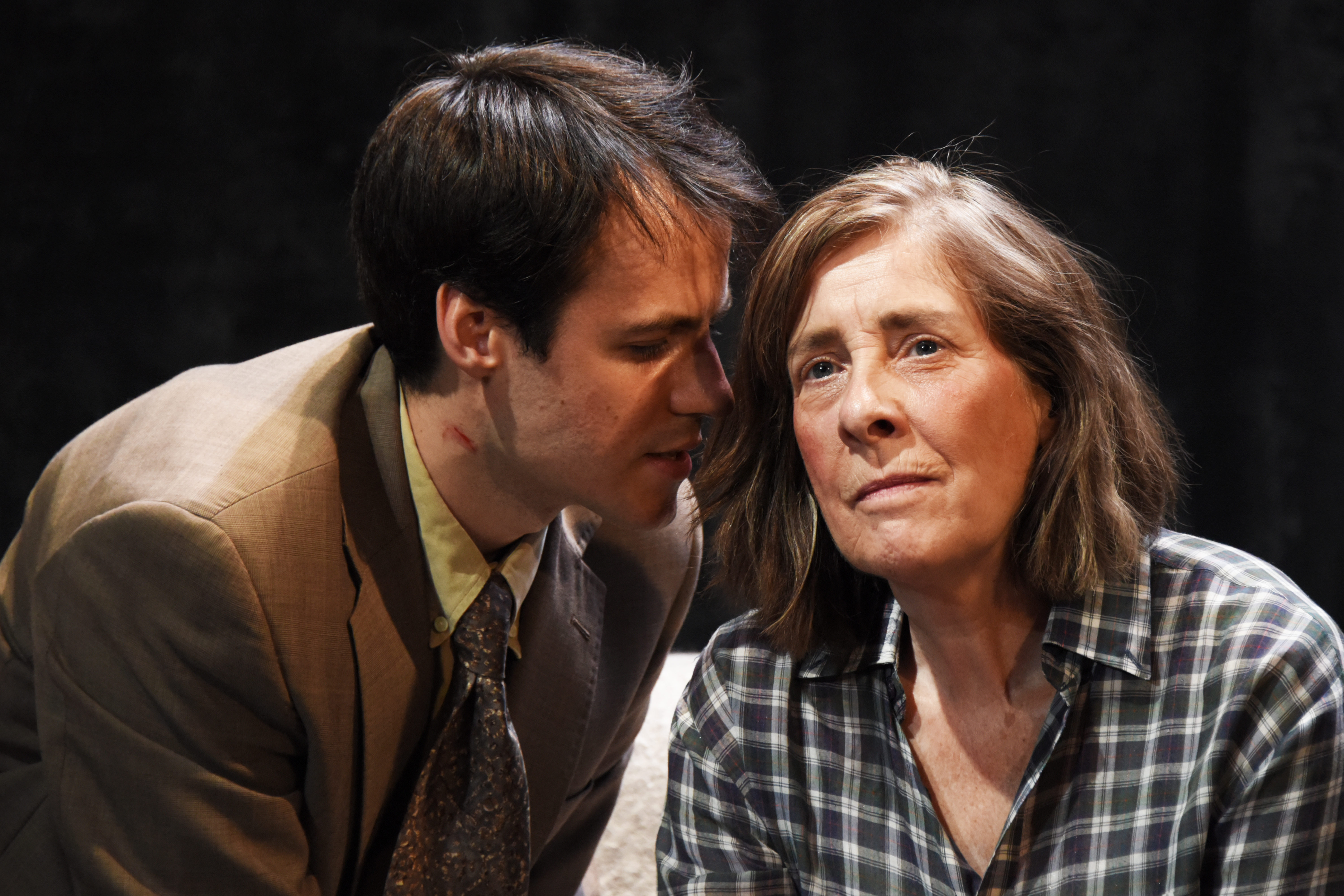 Eventually, our waiting through too much exposition (all the interesting bits of information from the programme pop up as back-story) pays off and we get some drama. The actors get to show us what they’re made of and there’s finally – in the last third – some development.

This is not a bad show: it’s just an unsatisfactory script, its promise unfulfilled, and I’m sorry to say that. However, clearly enough people before me disagree, or it wouldn’t be on this stage with this talented team. So let’s get to the nice stuff and give praise where it’s very much due. 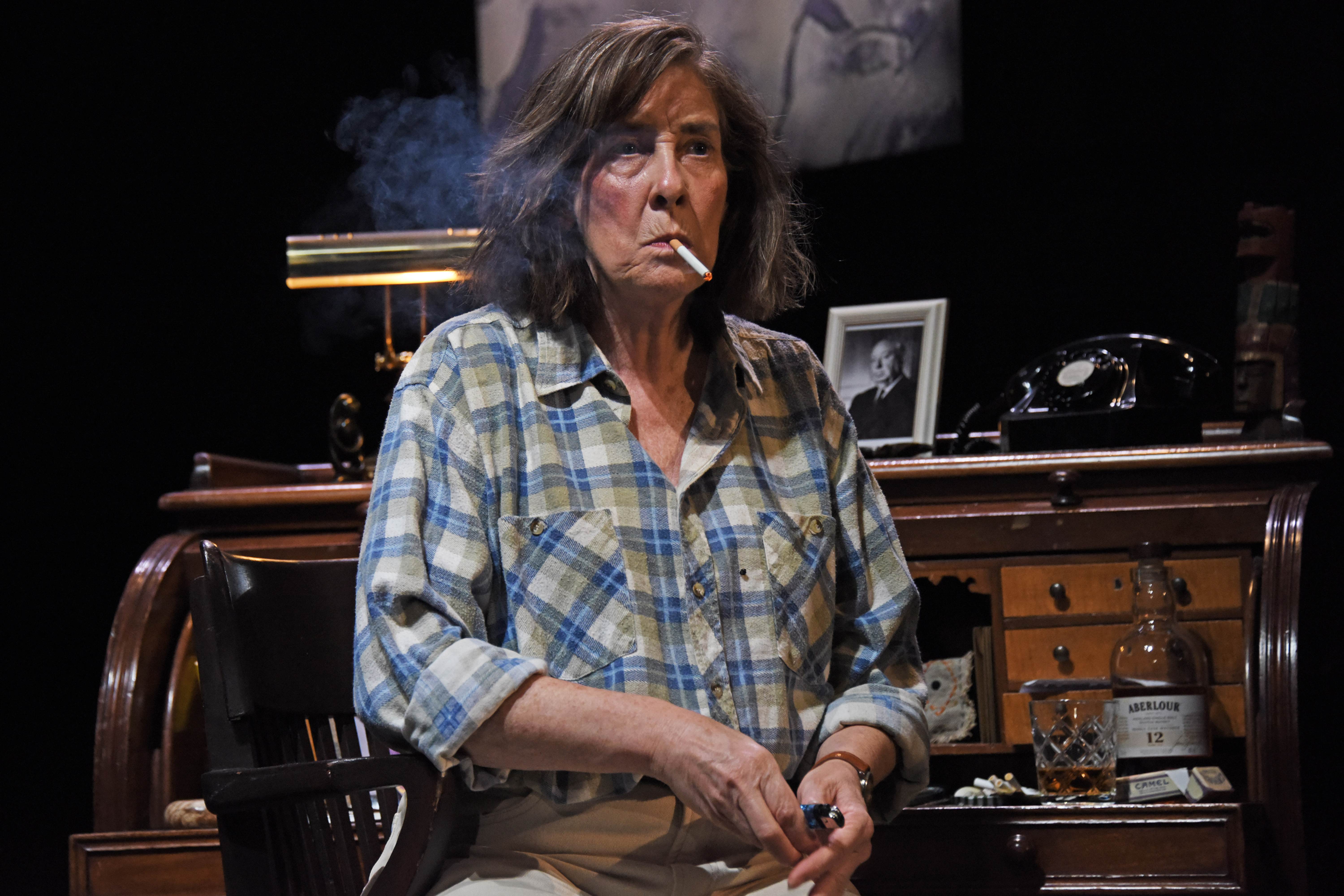 Watch out for Calum Finlay – our Edward, the increasingly-Ripley-esque young publisher. We will – I very much hope – see him again. He is utterly watchable, even when playing anodyne, and he offers up a convincingly smooth transition through the various shades of Edward. He has to provide the foil for Highsmith’s (over-written) bile, anger and posturing.

Think of a bar-bore in their own cave and that’s the role Phyllis Logan has taken on. It’s a very tough gig and she too is constantly watchable. But Murray-Smith has not gifted her the same character nuances as her counterpart. Director Lucy Bailey has assembled a very talented team and brought the Ustinov’s audiences an intriguing offer with great promise and a truly enjoyable last third: but with this uneven script, the audience is left with a sense of dangling threads, of creative promise unfulfilled, and a great writer being under-served for the benefit of a lesser one.

Switzerland continues at the Ustinov Studio, Theatre Royal Bath, until September 1. For more info and to book tickets, visit www.theatreroyal.org.uk/event/switzerland