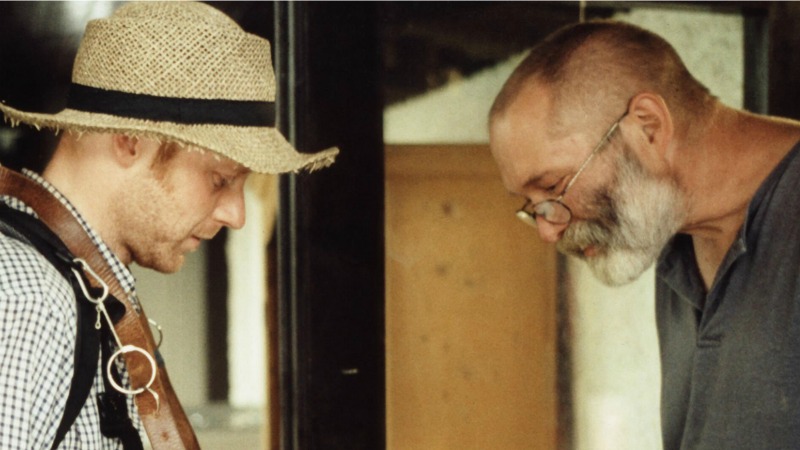 Artist and storyteller Volker Gerling has created a piece of cinematic theatre that is truly breathtaking. His unique and evocative approach to recording human life is a beautiful insight into individual, personal moments. Gerling takes 36 black and white photographs of his chosen subjects in 12 seconds, capturing the essence of that person and that moment, and uses these images to create flip books.

Since 2003 Gerling has walked 3,500 kilometres around Germany in search of inspiration for his flip books, while exhibiting his ‘thumb cinema’ to passers-by. He takes no money on these walks and survives on what people give him, living simply in a tent. This simplicity is mirrored in the work he produces and in his performance, accentuating and framing the people as the main focus of his work. This is storytelling at its most beautiful and raw, a privileged and deeply personal glimpse into the lives of others.

The show itself slow and thoughtful and is the perfect way to display such intimate work. Gerling stands on a bare stage with a small table with a video camera attached to it, and while he flips through each book its image is transmitted on to a large white screen. The flipbooks are presented in groups of two, with the first being prefaced with its conjoining story, and the latter being explained after being shown.

By doing this Gerling shows how images can be influenced by the presence and absence of information. Each flipbook is shown three times and are all simply named: Girl With Freckles, Two Boys With Fishing Rod. Gerling has managed to capture the raw essence of human behaviour and human emotion in these photographs and flipbooks – which would be beautiful on their own, but which are given whole new depth and meaning alongside his own personal stories.

This is an incredibly expressive display of human nature that takes you through a whole range of emotions. Old Man With Baseball Cap is the flipbook of an elderly man who had lost his wife a few years previously. Gerling manages to capture his intense loneliness but also his youthful spirit and sense of fun and generosity, all in 12 seconds. In Boy By Canal Gerling captures 12 seconds in the life of a young boy called Alex, who explains why he could not do the walks Gerling undertakes due to the lack of electricity. The flipbook frames the simplicity of youth, provoking thoughts about growing up and transition.

Portraits in Motion is a beautiful display of truthful moments, allowing glimpses in to the secrets of human emotion. Gerling’s flipbooks are funny, awkward, beautiful, sorrowful and thought provoking. This unconventional performance is an emotional celebration of the individual and of human life. Volker Gerling has created something beautiful and unique, an important piece of social history where everyone can find meaning.

Portraits in Motion was at Bristol Old Vic Studio from May 17-18 as part of Mayfest (to May 21). For more Mayfest lineups, visit www.mayfestbristol.co.uk