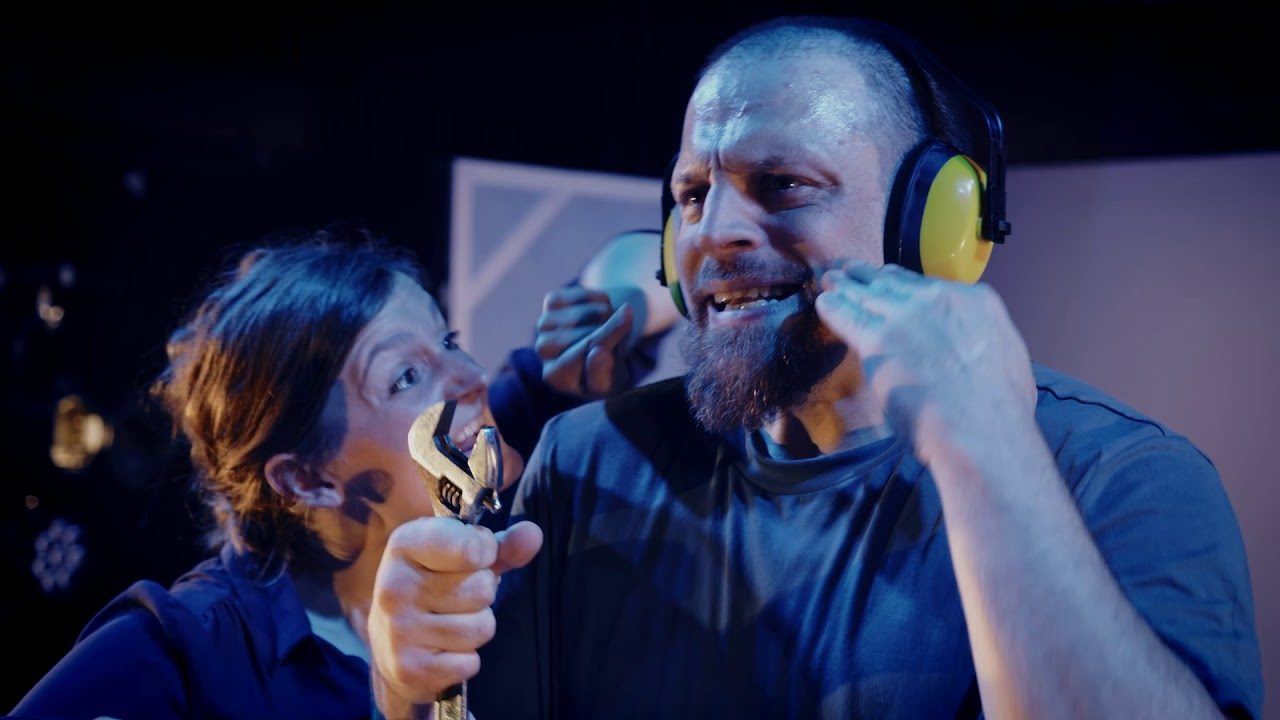 Bristol based Ad Infinitum’s latest show took five years to develop and is gleaned from 40 hours of testimonials collected from people all over the UK about their experiences of being deaf. The resulting show is a potent and at times shocking piece of storytelling that relates the living history of oppression and misunderstanding of the deaf community at the hands of the hearing.

On the basis of these testimonials, the company has created composite characters who relate their experiences of being deaf in the UK, from post-war times up to today. Through the use of BSL signing, projected and spoken text and visual-physical performance, we’re also shown an historical perspective on cultural attitudes towards deafness stretching back centuries.

The deaf were widely seen as savages who needed to be tamed. In fact, up until fairly recently, the deaf were routinely and often cruelly forced by ‘experts’ to abandon sign language in favour of oralism – being forced to master speech as the prevailing norm, and denied the right to express themselves fully through sign language. As the deaf character in the 1986 film Children of a Lesser God so eloquently put it: “Until you let me be an ‘I’ the way you are an ‘I’, you can never come into my silence and know me.”

At first the performing style seems to be written large on the bodies of the actors, but as the show unfolds and we start to read it, this raw physical vocabulary becomes hugely expressive in conveying meaning and emotion. And it is the depth and passion of the actors’ ability to communicate story to deaf and hearing audiences alike that makes this show so powerful and unique.

Something that runs through this narrative like a red thread is the vital role that deaf clubs have always played in providing a sanctuary for the deaf community to come together, be themselves and communicate freely with each other, independently of the hearing world. Attitudes towards deaf education and the deaf in general may have become more enlightened in the past two decades, however cuts to deaf services under Tory austerity have seen the closure of deaf clubs throughout the UK.

That’s something to be furious about, not least of all because freedom of expression is a basic human right. There’s a righteous anger about social injustice in this show that is palpable in the actors’ performances, and one that audiences can share and take away with them.