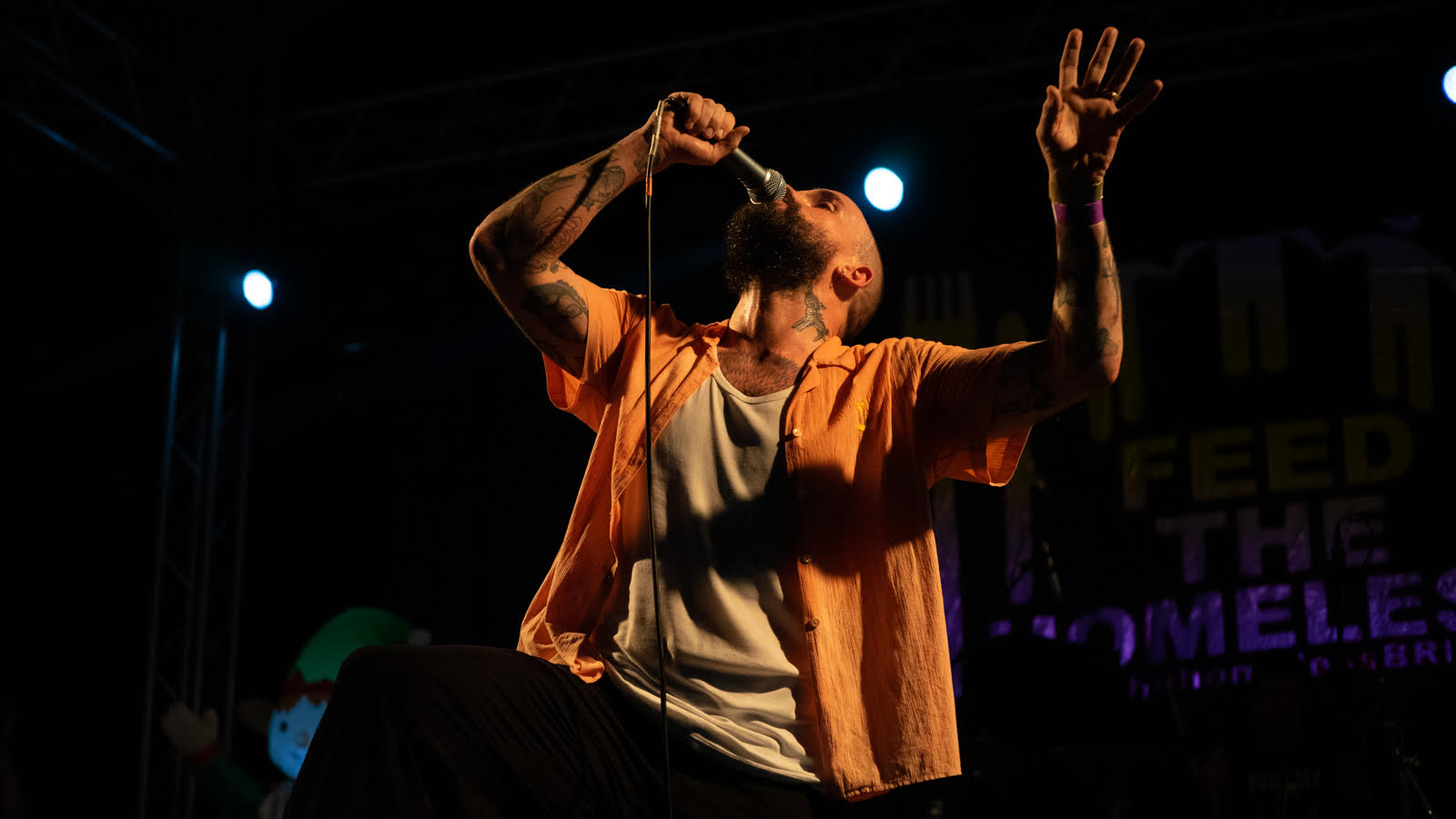 Election Night, December 12 2019. Something monumental was going down on an industrial estate in Bristol town.

I got my ticket the conventional way. I bought it in exchange for folding money which would go towards a number of homeless charities: The Wild Goose, 1625 Independent People, Feed the Homeless Bristol and Somewhere to Go.

The event was put on and advertised with an unassuming graphic which was later revealed to be the work of a local artist who uses the nom de plume Banksy. He’s achieved some notoriety in the art world but is a bit shy.

It sold out immediately as did two thousand raffle tickets by the man at £10 a pop. All for the aid of the aforementioned good causes. Even if you won nothing, this was your best and perhaps only chance to blag a limited numbered print by arguably the world’s most famous living artist. 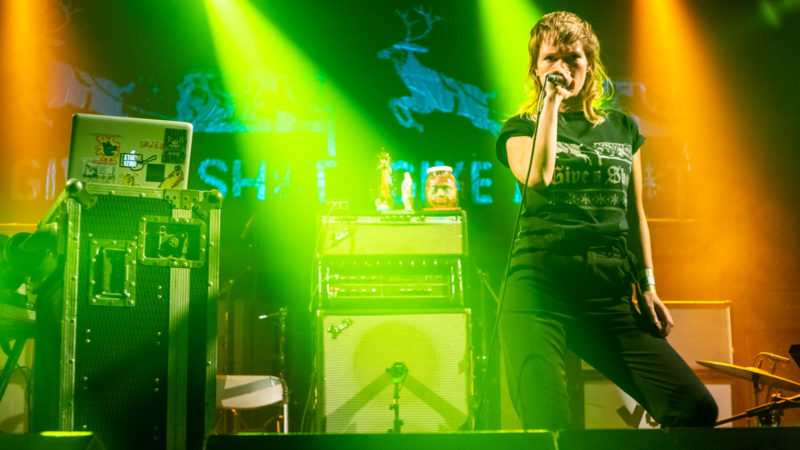 First on the bill was Billy Nomates

The cold and puddly Marble Factory at Motion was chosen as the site for this fundraising concert. Not a bad space and first on the stage to warm up the people was up and coming solo act Billy Nomates, who has had a meteoric rise this year.

Her first public performance took place in front of a record shop’s worth of people when she did her in-store performance thing at Longwell Records in Keynsham back in September of this year. Now, wearing a T-shirt designed by Banksy with her own name on the back, she was playing to a considerably larger crowd and deservedly so. 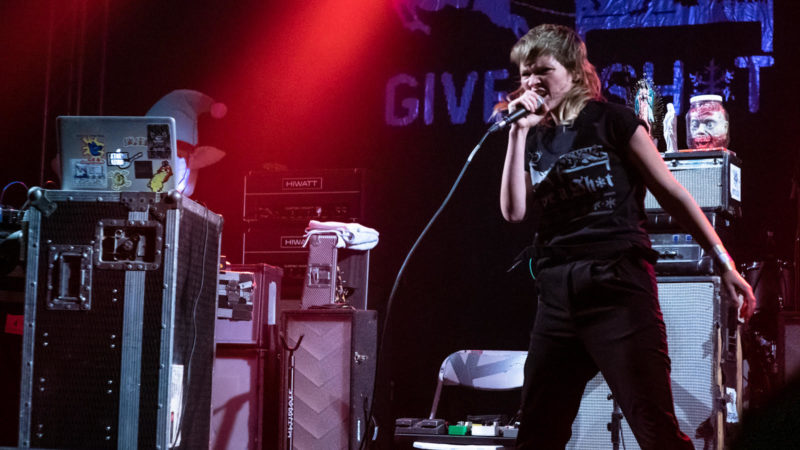 She sang her songs with just a backing track coming out of a MacBook but filled that stage with her funny movements. Tor’s songwriting is her talent and her DIY approach is refreshing. Her self referential and playfully self deprecating moniker Billy Nomates is the perfect description for her act. She’s a very unique individual, her look, her moves, her hair, her sound, it’s all a bit odd but in a good way.

A mate likened her to a teenage girl dancing in her bedroom with nobody watching. We all were in a collective fantasy of hers. Was any of this really happening or were we all characters in the audience conjured up by the girl with a wild imagination? She performed as if she’d been doing it for years. 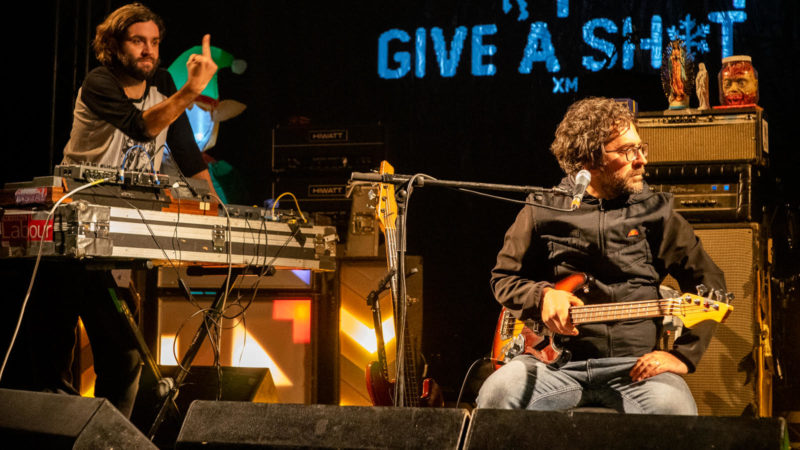 After only a short intermission Beak> emerged, they pulled up some comfortable seating and played as if they were there to keep the kids entertained. They read out negative comments that were underneath a video of theirs online. Nobody agreed with the critics but it was a good laugh and an extra bit of entertainment from the band that would be babysitting that evening.

They remarked on how cold it was in the industrial setting and when their duty was over they threw some T-shirts into the crowd and then it was time for the raffle. 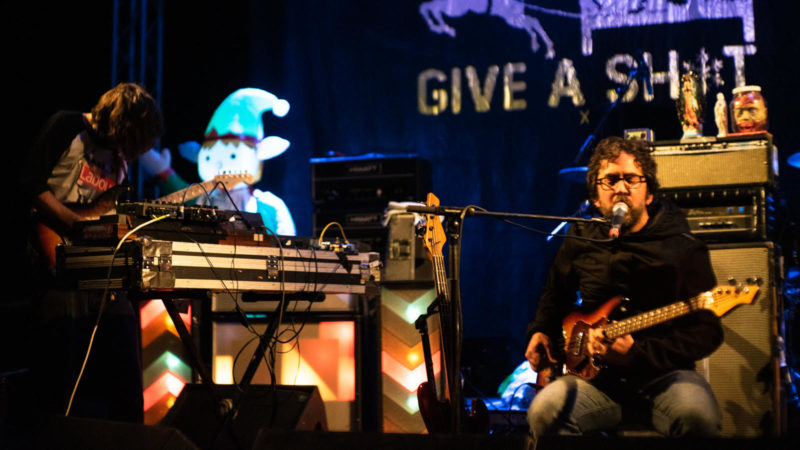 Not your average babysitters

Cue Martin from Homes Under The Hammer who pulled some numbered raffle tickets out of a big yellow bucket in front of a room full of hungry Idles fans and made the simple act look shambolic, but they raised a lot of money for charity and every ticket was a work of art.

Plus someone won Joe Talbot’s car. A fine bit of Japanese engineering that came with half a tank of fuel.

There was talk of a speedboat, there was a number of prizes to be claimed but I didn’t see anybody walking away with anything or coming on stage to collect their signed this and that or clapped out, used hatchback. 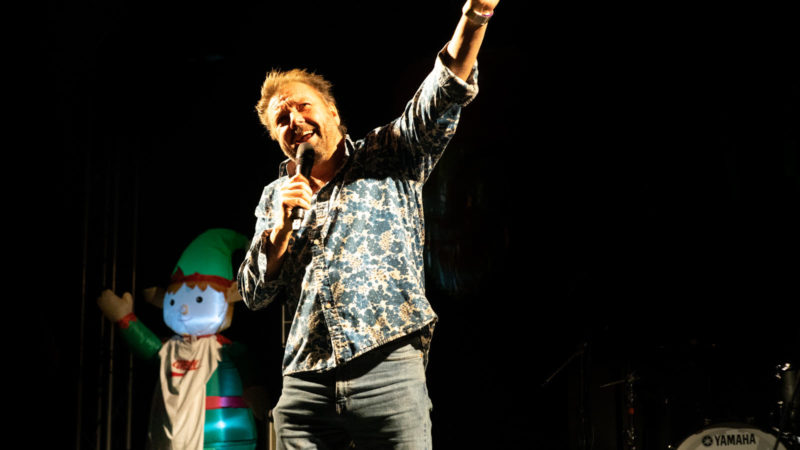 Heavyweights Idles then hit the stage. After playing the iconic Alexandra Palace the same week, they were now back on their own turf. 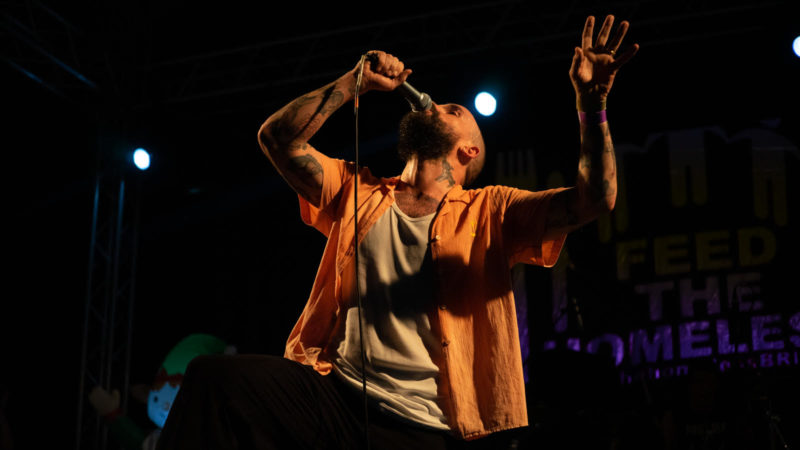 They put on a great show and moved around as all good rock and roll band should. Joe, with his head shaved shouted to get his points across in a room of wall to wall, floor to ceiling lefties, all there on that evening, to escape the inevitable results of the election exit polls.

Other band members entered the crowd; one was gone a long while before coming round the other side to remount the performance area. They screamed and shouted, and the room shouted back word perfect and almost as legible. There was a lot of energy in the room and it soon warmed up the winter’s evening. 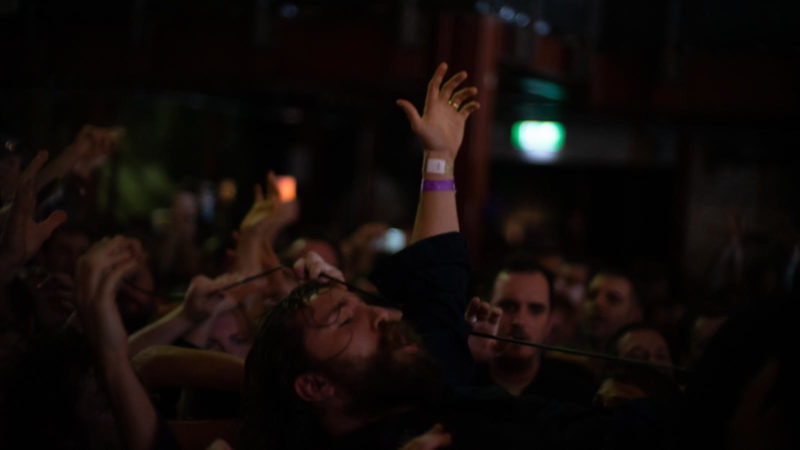 A sweaty night for all

In the photo pit was Bristol’s own Martin Parr, a world famous and celebrated photographer who I’d never have expected to see shooting at an event like this but there he was with a smile on his face, getting an alternative perspective on the days events and making it all the more memorable for those who recognised the legend. 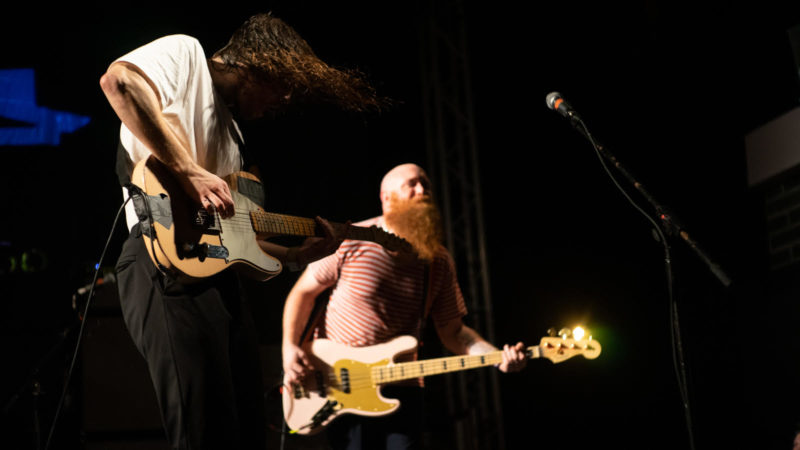 The energy was tangible

Well Done was missing from the Idles set list but otherwise it was great and they ended by making a big noise for a bit, feeding feedback round in loops of a grungy racket while Joe banged the drums until it was over. 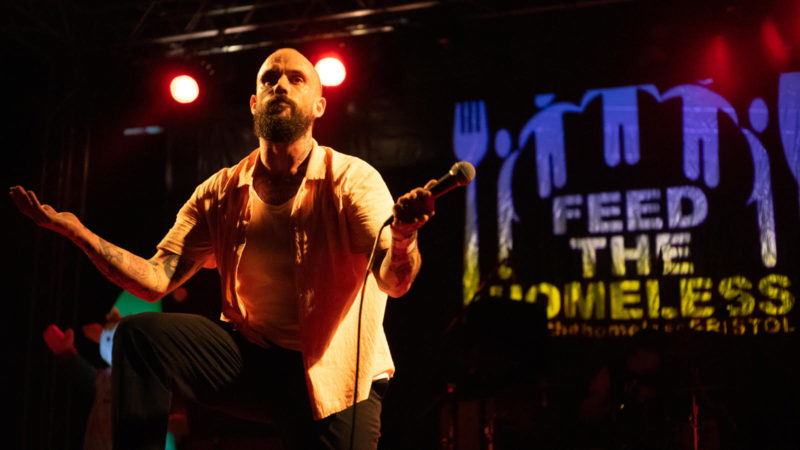 Idles came, they saw, they conquered

There was one more act to end the event that night, Bootleg Blondie. But after a performance like that from Idles and on a miserable wet evening with even more miserable news for most in attendance, many opted to leave. Mostly to go and see what state the world outside was in. Happy that they’d been there, done that and got the T-shirt.