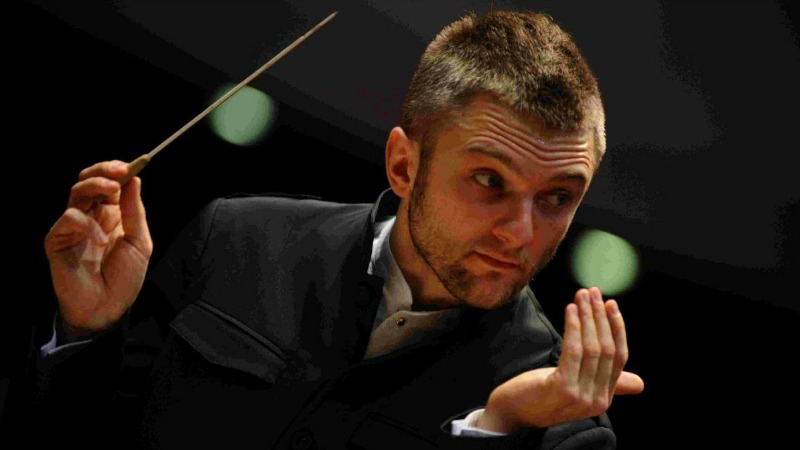 Charlotte Perkins is the winner of our Young Classical Reviewer competition, organised in association with the Colston Hall and Bournemouth Symphony Orchestra. While we were impressed with the quality of the entrants overall, we couldn’t resist the accessible way in which Charlotte expressed her knowledge and insight. This is her first review for Bristol24/7. We hope it will be the first of many.

A Thursday in November is an odd night to find a concert hall full and buzzing with anticipation. However, tonight’s performance was definitely a gem in the mid-week Classical calendar.

The orchestra bounced through the first movement of the Prokofiev Sinfonietta, with a lightness that belied the effort involved. The Andante was a highlight; a slow, menacing movement that built in tension before descending into chromatic lyricism. The violins split in the Intermezzo, rocking the theme between the two parts before culminating in a wash of the rich tone that the Bournemouth Symphony Orchestra create. The frantic, aggressive power of the Scherzo that followed was impressive, and despite the overpowering lower strings the shaping of the second violin tremolo was exquisite, with conductor Kirill Karabits drawing the music from the performers. The final movement was a return to playfulness, with a reappearance of the melody in the cellos that resonated around the hall. The final accelerando rushed towards the last bars before a tiny pizzicato chord jauntily ended the work.

Shostakovich’s Cello Concerto No. 1 was quite simply glorious. The first movement had a ruthless energy, a rage that came from Steven Isserlis and swept up the orchestra and the audience in a frenzy of double stopping and frantic sawing at the strings. The Moderato was achingly beautiful – the tortured soul of the cello was followed by violent pizzicato that flowed into ghostly harmonics. The audience was drawn closer and closer by the heart-wrenching performance: a tension only released by the raging cadenza that followed. It was blinding; more percussive than musical, and performed with a charisma that fixated the listener. The technique was astounding, with incredible virtuosic playing that was secondary only to the depth of emotion conveyed.

By contrast the orchestra came off moderately; despite their number they were no match for the sheer power of Isserlis, and some of the aggression was lost in the early moments of the fourth movement. Karabits barely had time to lower his hand before the applause and shouts started and Isserlis was called up on stage twice before the hall went silent for his encore. The piece was simple, with a jaunty edge that broke the intensity of the auditorium and ended on a broken chord that had the audience laughing – a feat considering the depth of emotion that had just been applauded.

From the solemn opening chords of Haydn’s Symphony No. 104 in the second half the connection between the conductor, the orchestra and the music was palpable. The sophistication of the writing was immediately apparent and Karabits’ use of silence was beautifully balanced; he held the whole hall in suspense again and again. The Andante was almost comic in its perfection with balanced phrases and precise articulation. The orchestra’s control of dynamic throughout the concert was remarkable, but was especially highlighted at this point as the sound rocked between almost imperceptibly quiet and full fortissimo. The initial bars of the final movement were reminiscent of a jaunty folk song that was alternately rejoicing and mournful, before the music was pulled back to the celebration of the theme that inevitably drove towards the end of the symphony.

From the playfulness of Prokofiev to the torture of Shostakovich and back to the expertise of Haydn, this concert was a real tribute to the skill of Kirill Karabits and the Bournemouth Symphony Orchestra. They were however overshadowed by Steven Isserlis, not only by his immense talent, but by his absolute dedication to the music he performed and his total command of the spotlight.