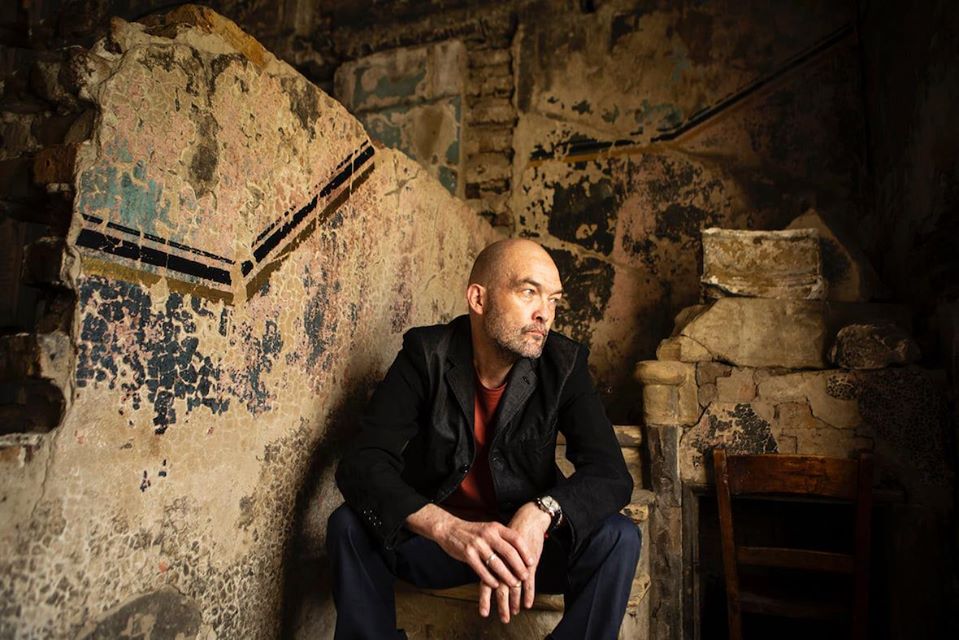 I seem to remember through the mists of my schoolboy Shakespeare, something about in his time man will play many parts, lots of exits and entrances or something like that. We found ourselves on another drizzly Bristol evening with a couple of artists who have had many wildly varying chapters in their now longish careers but are both still pushing boundaries and defiantly producing new and engaging work. We were in for a real treat at The Fleece.

Keeley Forsyth has a successful career as an actor behind her. You may remember her in recent Brit crime drama Happy Valley. She’s also been on the TV, things that you always see in theatre programme biogs, The Bill, Heartbeat even Coronation Street. All very mainstream. She’s just made her debut album Debris which is already being hailed as one of the records of this year in the usual places. It’s an extraordinary record but mainstream it most certainly isn’t. The obvious reference points are the later outre output of Scott Walker, the droney Nico of Marble Index with a rich line of British folk, June Tabor or Shirley Collins, running through it.

She performs solo tonight to a sparse moody synth and string driven backing track. Jarring piano chords provide dramatic interruptions to the prevailing drone. It is as much a performance piece as a conventional gig. She hides behind the peak of a baseball cap, no eye contact made. She cuts a mysterious, vulnerable figure. The lyrics are stream of consciousness, fragments of thoughts drenched in sadness delivered in a low broken croon. There is little light or shade, the dark, fractured atmosphere is maintained for her time on stage.

Then she is gone. As she left the stage there was a moments silence as the audience came to terms with what they had experienced. This was pretty extraordinary, enigmatic and slightly overwhelming. People may write books about this one day.

The chapters of Ben Watt’s career are also many and varied. Teenage indie singer songwriter, student favourite, with a Bossa Nova hint, with his partner Tracey Thorn in Everything But The Girl. Onto their second wave of success with dance crossover hit ‘Missing’. Then widely read author, Deep House DJ and Buzzin Fly record label boss. Guess that makes him some sort of renaissance man. He’s now three well received albums into a post Everything But The Girl career revisiting the ’70s singer songwriter tones of that first record.

Tonight’s set is drawn mostly from his most recent albums Fever Dream and the current Storm Damage, with occasional dips into his back pages as required. He’s fronting a tight folk/jazz three piece. They are slightly more rocky than on their understated records but clearly love playing together and their interplay is a real delight.

This is popular music at its most adult, there is no pretence of youthful angst in his writing. The Lennonesque ‘Balanced On A Wire’ is based on an acutely observed interaction with his now grown up daughter reflecting on the mixture of anxiety and steely resolve they both identify as he drives her off to university. He’s now a middle aged, middle class man concerned for his family, not many pop/rock writers are comfortable writing so honestly about this stuff. Recent family bereavements are apparent in the opening ‘Summer Ghosts’ and the losses rear their heads throughout tonight’s performance. There is a strong sense of British place in many of his songs, exploring changed parts revisited in London’s suburbs. No one is getting their kicks on Route 66 tonight.

The newer material is more keyboard driven, he reverts to guitar for the older tunes. ‘Figures In The Landscape’ is played at a brisk tempo and has one of his most delightful hooks. ‘Irene’ reflects on the tragic closure of small music venues and he clearly enjoys the interactions between the 300 or so folks in places like The Fleece tonight and engaged musicians playing material that they are clearly proud of. There’s one dip into the Everything But The Girl catalogue, ‘The Night I Heard Caruso Sing’, which sits alongside his new material just fine. He closes, as the new record does, with ‘Festival Song’ a reflection of losing yourself to the joy of music and occasion on a summer’s evening. It’s honest and really lovely.

I’d guess he’s not short of financially tempting offers to stand on bigger stages with Tracey Thorn and revisit the music they made forty years ago. He clearly wants to play in places like this, singing his honest songs of now with a bunch of musicians he respects. That’s a great and somewhat rare thing and The Fleece audience loves him. His current chapter seems to find him in a reflective and creative place and that maybe is as good as it gets.