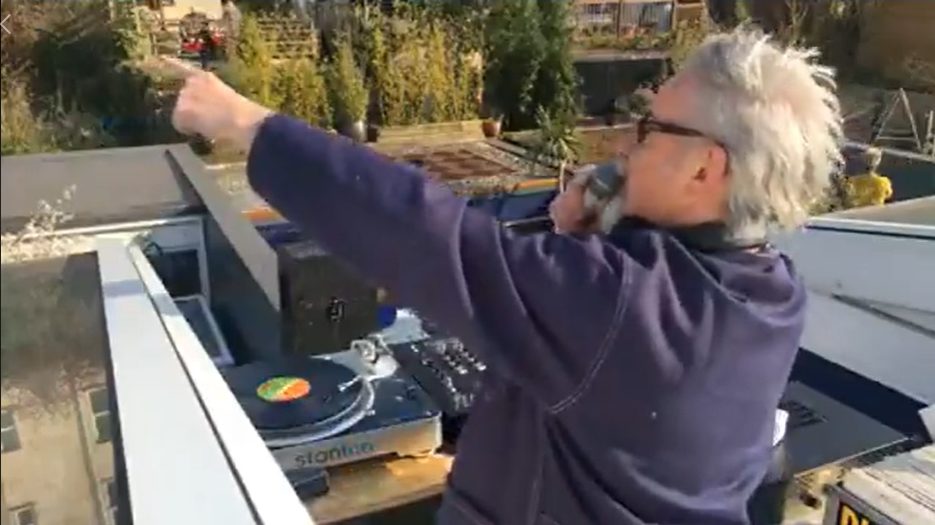 A DJ set with a difference took place in Windmill Hill.

Usually playing in south Bristol venues such as the Old Bookshop, the Rising Sun and Bocabar, Howard Purse took to the roof of his house on Cotswold Road North on Friday to play to his neighbours.

Howard’s vinyl set from his roof looking towards Eldon Terrace took in reggae, soul, funk and pop, with his neighbours informed about it in a WhatsApp group.

The reaction was so positive – with people dancing in their gardens and hanging out of windows as far away as Polden House – that Howard, also known as DJ Lord Dubs, will be playing for another hour next weekend, weather permitting. 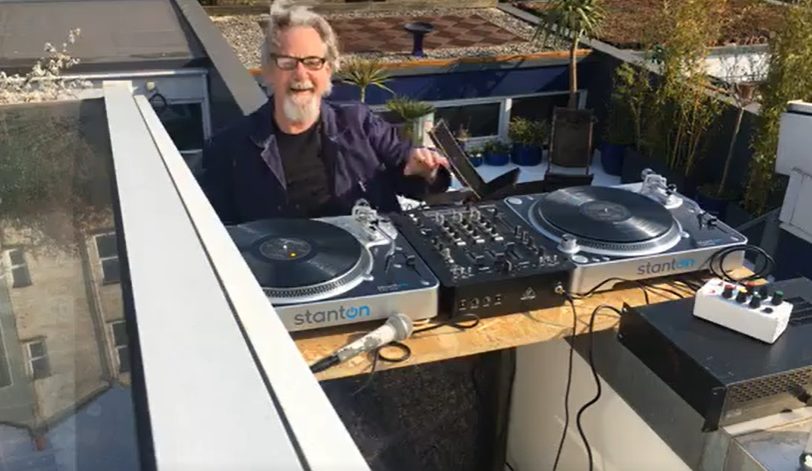 Howard, who used to run his own business and now works as the handyman in the Tobacco Factory, said that he was “blown away” by the reaction to his DJ set, which he is calling the Distance Disco Garden Party.

“I think that people really wanted a laugh,” he told Bristol24/7.

“It was something for the local community here in Windmill Hill to do together and to do safely.

“If people want me to carry on doing this, then I will. There were even people down in Southville wondering what was going on!”

Read more: ‘Music brings people together and we need that more than ever right now’