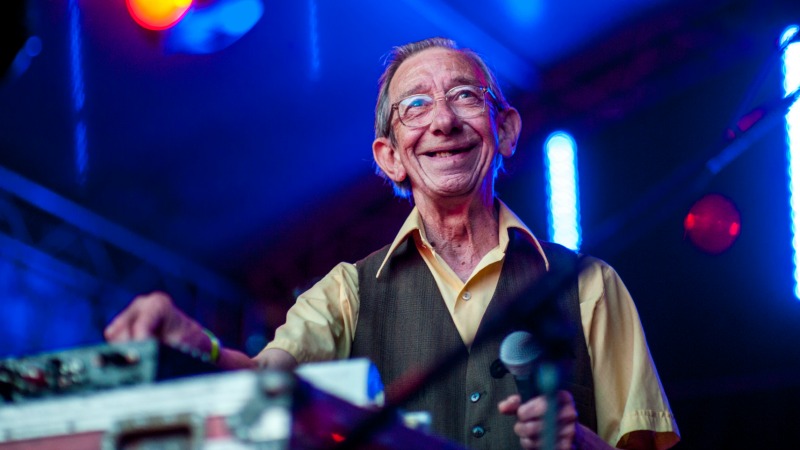 He first made his name spinning records at the Star and Garter in Montpelier; a Carribean-run family institution in the heart of Montpelier that championed great music and great people. Derek lived just around the corner, in his basement flat, and dedicated so much of his time to the pub, he almost became part of the furniture. 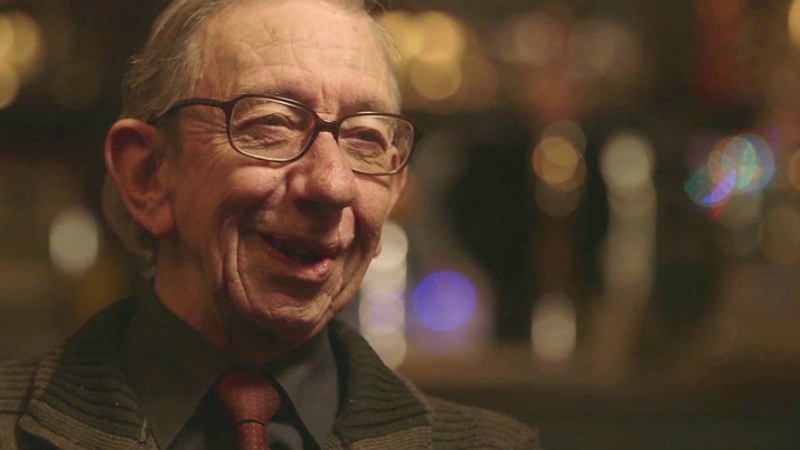 DJ Derek, a legend of the Bristol music community

In 2015, Derek went missing aged 74. After a long and high-profile search, his remains were found in March 2016 in the woodland near Cribbs Causeway shopping centre.

Derek’s funeral saw thousands of Bristolian locals flock to support his family and pay their respects to a city-wide legend. The Star and Garter lost one of their most beloved DJs.

Just last year, the death of the Star’s legendary landlord, Dutty Ken, saw the closure of the pub in 2017. The Bristol music community rallied to raise funds to save it from being torn down by developers, and for a period, it seemed like this cornerstone of nightlife in Bristol may have been lost. 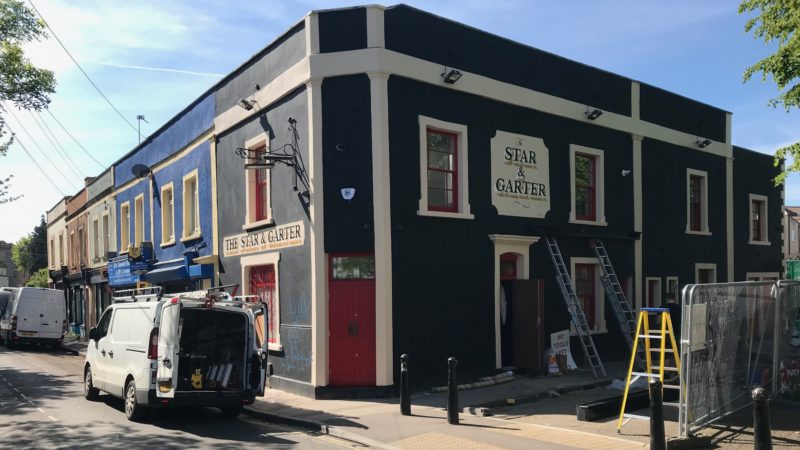 The Star and Garter pub under renovation

Under the new management of Malcolm Haynes, a newly-renovated Star and Garter reopened this year with a huge party at the start of June; Roni Size took control of the decks, Dave Chappelle presented a meat raffle and Damian Marley serenaded thousands of locals on the green after his performance at the O2 Academy.

Inside, however, something a little more familiar to the local residents was playing. Playing from a lovingly-restored 1960s jukebox, Born Jamaican by The Astronauts was on; one tune of some 25,000+ that Aidan Larkin, AKA Count Skylarkin, inherited from Derek.

Aidan was a close friend of Derek’s. He told us, “Derek and I probably gigged together something like 200 times over the course of a decade or so. We toured together and used to hook up at festivals…We just became great pals.” 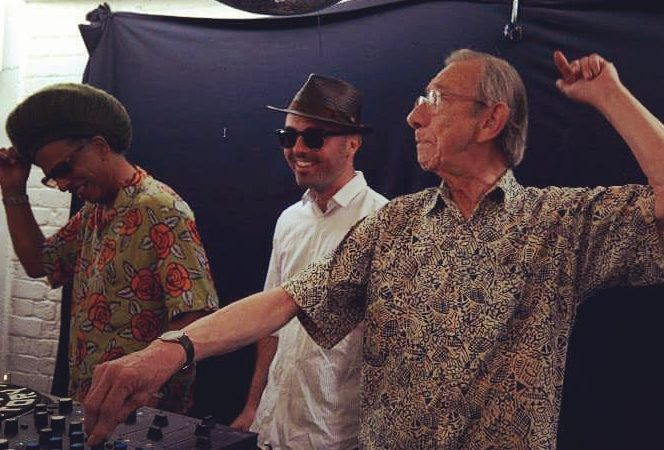 After Derek’s passing, the DJ and close friend inherited over 25,000 songs that Derek had painstakingly recorded over a number of years onto briefcases full of minidiscs. Exclusive gems from reggae, dub, breakbeat and jungle sit amongst the discs, and long voice clips of Derek interviewing artists and close friends like Massive Attack and Dizzee Rascal.

Aidan told us that the conversation of what would happen to his collection had actually come up a few years prior to his disappearance. “It came up in conversation in 2012. He discussed his plan to retire from DJing the year and asked very matter-of-factly if I would like his minidisc collection as he’d have ‘no use for them’!”

“Derek was such a pragmatist, he wasn’t much into keepsakes or even possessions, very much. He suggested they might one day go on display somewhere as part of an exhibition or whatever. I said that I felt that people should be able to hear them. He just laughed and said, ‘You’ll know what to do with them when the time comes’.” 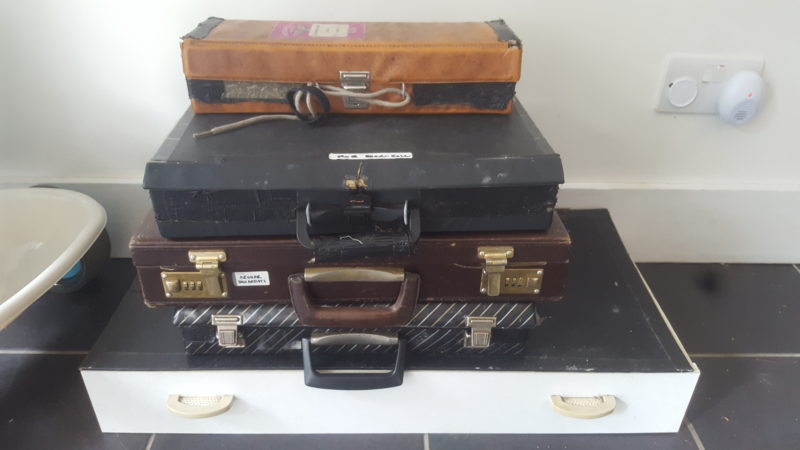 Aidan took it upon himself to put Derek’s music back where it belongs, inside the pub’s walls, alongside many other artefacts of Bristol’s rich black cultural history. He spent months compiling and recording his huge collection into 50 mini-mixes, all annotated by interview snippets of Derek and his friends.

“Right now one of his briefcases full of discs sits proudly on the wall of the Star and hours of his tunes are in the jukebox,”Aidan said. “I think he’d have been pleased with that. I can’t think of anything more fitting.” 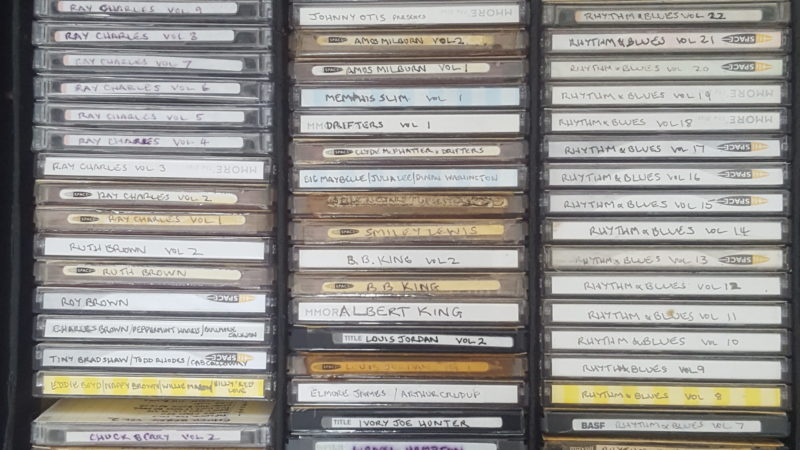 Stacks of Derek’s records, collected over a number of years

For someone so close to DJ Derek, you’d think it might have been a difficult task, to listen back through his records, to his voice when chatting with friends in interviews, but Aidan assured it was “The loveliest ‘work’ I’ve ever had to do. I have to say a massive thanks to Malcolm, Olivia and Sylvie at the pub for commissioning the job, it’s truly been an honour. I would quite happily record 50 more!”

Thanks to Aidan, although DJ Derek is gone, his music legacy plays on.