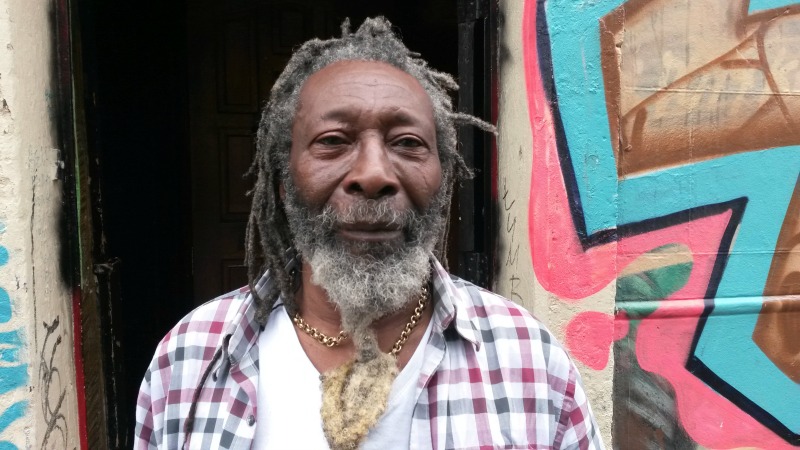 Dutty Ken, the landlord of the Star & Garter in Montpelier, has died aged 76.

Warm tributes have been paid to the landlord who had been the custodian of the graffiti-strewn pub famous for its late night parties since 1993.

The pub will be open on Saturday for well-wishers to come and pay their respects, and in accordance with Jamaican tradition the wake will last for nine days.

“Where do you start with him?” his eldest daughter Norma Purnell told the Bristol Post.

“He was a legend. He changed the pub, changed the area for the better and was such a figure for the music scene in Bristol.

“He had everybody at the pub. He had DJs, artists, poets. People from all over the world would come and they wouldn’t come for the art, they’d come to the pub.”

Other tributes have been paid from far and wide:

RIP Dutty Ken of the Star and Garter, Bristol loses another legend Ã°Å¸ËœÂ¢

DJ Derek was a regular at the Star & Garter and the pair played together on Christmas Eve 2013.

He said the business had run into trouble following difficult recent years compounded by personal illness and an increase in anti-social behaviour on the streets in front of the pub.

But he added he felt he has incredible support from the community. “I swear 95 or 100 per cent of people want me to stay in this place and keep it going,” he told Bristol24/7.

“It is the life and soul around here and is everything I have.”