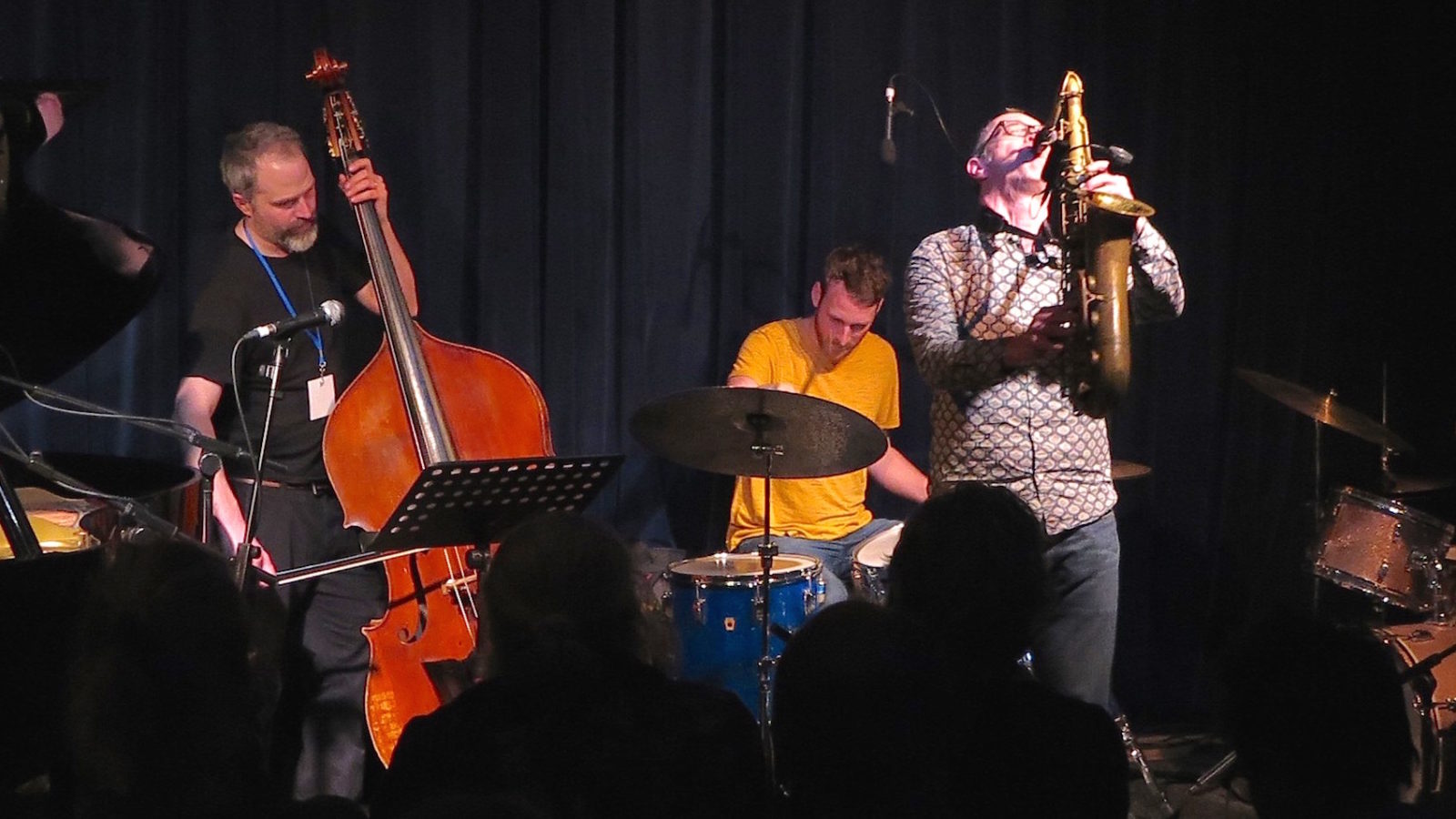 As we kick off the 20s there’s the welcome return of a great saxophonist, a weekend festival of freeness and several of our hipper local combos to be sampled.

Martin Genge (Be-Bop Club, Friday 10) had been a prominent player on the Bristol scene until the turn of the century, but has only made rare trips back since. His quartet also includes bass player Clive Morton – another name happily familiar to veterans of the local jazz world.

Snazzback are handing over their Gallimaufry session to Ethio-funksters Tezeta (Thursday 9). Another twin drum outfit, this one led by keyboard player Dan Inzani also features Andrew Neil Hayes on sax and Harriet Riley’s vibraphone in a cool evocation of  that slinky funk-jazz from the Horn of Africa. Ms Riley’s fellow member of the Phantom Ensemble Simiah also crops up at the Gallimaufry (Sunday 12) in a solo performance of beat-driven electronica, while compelling math-jazz improvisers Waldo’s Gift have their usual Wednesday slot at the same venue.

It’s a busy week for Swiss-born (but now Bristol-based) saxophonist Martin Kern, with his Martin Kern Quartet coming to Canteen (Wednesday 8) and he himself leading off at the Stag and Hounds’ Sunday session (Sunday 12). He’s been building a name for himself around the town thanks to a mature post-bop style and energy in his playing. Even more matured is the pre-war jazz and swing sound of Old Malthouse Jazz Band (Golden Lion, Friday 10).

There’s a pick of brass-blasters on Friday night, too. Canteen is offering the acoustic rock-jazz sound of Birmingham’s Young Pilgrims while No. 1 Harbourside will host Bath’s Horning Glory on the same night. Both outfits boast a sousaphone bass underpinning a brass and percussion ensemble – you pays your money (into the collection bucket, please!) and you takes your choice.

And, finally, there’s an intriguing debut at Canteen on Tuesday (7). Kait Lee & Eddie Jay are both great musicians – she sings, he plays accordion – whose backgrounds encompass jazz, swing and folk music. This new acoustic duo will probably have elements of all of that, adding up to an interesting and distinctive new sound.