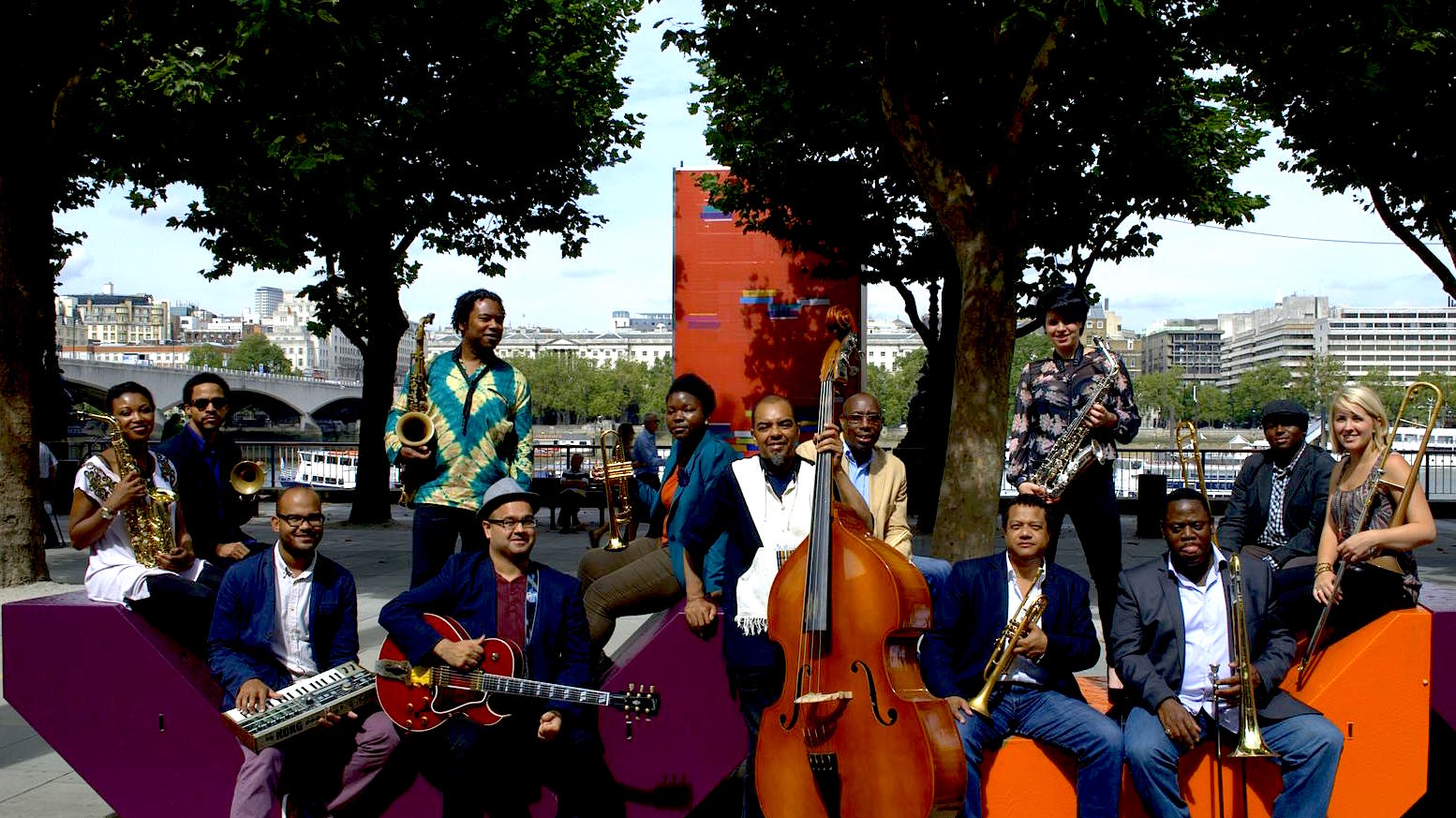 Plenty of highly-strung action this week, as well as a nerve-shredding choice between two greats of the UK jazz scene, both worthy of respect. And the world, as ever, brings many treasures to our doorstep.

The big choice comes on Friday 17, when St George’s hosts Gary Crosby’s Jazz Jamaica in their tribute to The Trojan Story with guest vocalists including Aswad’s Brinsley Forde. Naturally it’s a feelgood trip through the ever-popular archives of the label that really brought reggae to the UK musical mainstream, and, as nephew of the great Jamaican guitarist Ernest Ranglin, Gary has every right to take the helm. Drawing on his Tomorrow’s Warriors project, the latest 22-piece Jazz Jamaica includes rising stars saxophonist Camilla George and guitarist Shirley Tetteh alongside longtime members like Denys Baptiste.

It’s unfortunate, then, that Friday 17 is also the night trumpeter Byron Wallen brings the Byron Wallen Gamelan Ensemble to Thekla. This is another fascinating project brought together by the well-established UK musician and composer, reflecting a reputation for musical exploration and collaboration established since the 90s. The Ensemble combines Byron’s jazz quartet (which includes former Courtney Pine keyboard player Chris Jerome) and a 5-piece multi-instrumental Gamelan group. Following their highly successful covering of Kraftwerk tunes they are now focussed on Scottish 90s electronicists Boards of Canada for source material.

Fortunately the Kevin Figes Quartet comes to The Fringe on another different night (Wednesday 15), since this excellent band is not often enough seen these days. At its core, the empathy in the long-established duo between Kevin’s alto sax and Jim Blomfield’s piano has always been a treat to hear, and Kev’s melodic compositions are a gift to improvisation. You can also catch him in the duo Figes & Ilett (El Rincon, Friday 17) with guitarist Denny Ilett providing the foil to the saxophonist’s imagination.

Over at the Bebop there will be much anticipation for the arrival of the Matt Anderson Quartet (Friday 17). Young London-based tenor sax player Matt has a deep knowledge of the legacy of the instrument and his playing style is acclaimed both for the warmth of his tone and the deft economy of his imaginative playing, leading to comparisons with both Sonny Rollins and Wayne Shorter. His touring foursome includes local double bass hero Will Harris. There’ll be more classic jazz action at this week’s Stag & Hounds session when another tenor saxman – Greg Sterland – gets the spotlight  (Sunday 19) with his quartet.

It’s always worth checking out Thursday night at the Gallimaufry – technically it’s Snazzback’s residency night but, like Waldo’s Gift on their Tuesday session, the band frequently invite exciting young out-of-town combos to take their slot. This week it’s the St Barbe Trio (Gallimaufry, Thursday 16) who take the classic guitar, bass and drums line-up into post-rock territory with a keen ear for contemporary structures. It’s sizzling stuff, brimming with rock energy that at times recalls the early days of the Partisans or the Wayne Krantz Trio. Later in the week there’s a hip-hop and jazz-funk encounter from Habitus Goose & Chillman at the same venue (Sunday 19).

Among the many string-driven gigs the Al Fresco Trio (Canteen Sunday 19) will be a nice chance to see swing-folk guitarist extraordinaire Kit Hawes in action with his former Sheelanagig bandmates Aaron Catlow and Dorian Sutton. It’s an afternoon session, so you could then hightail it over to Southville for Eastern Strings (Tobacco Factory, Sunday 19), the partnership of Knud Stuwe’s oud with Daphna Sadeh’s bass, playing Daphna’s compositions steeped in her Middle Eastern origins. Earlier in the week you could also catch Petit Soleil Strings (El Rincon, Thursday 16) an original string quartet of guitar, violin, cello and bass, playing gypsy swing, rumbas, Brazilian choro and much more.

More worldly influences this week include the bandoneon led Tango Calor (Fringe, Thursday 16) and Cuban trumpeter Michel Padron’s salsa duro band Saoco Collective (No 1 Harbourside). The Canteen also welcomes the return of the hypnotic desert music of the Gnawa Blues All Stars (Saturday 19). Their combination of rolling improvisation and relentless rhythms should be a perfectly danceable formula for a Saturday night.