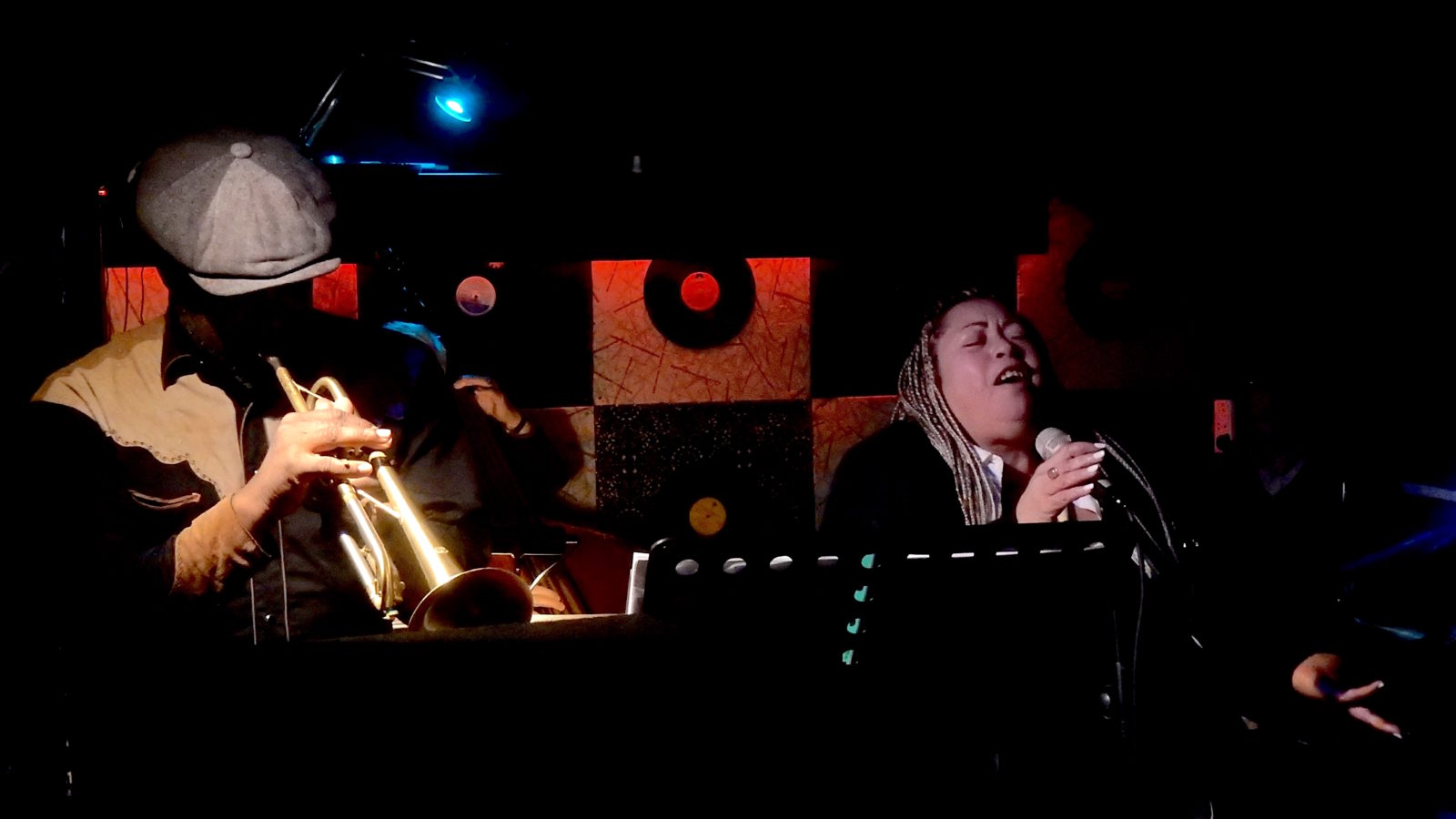 The mark of a great jazz singer is the ease with which they use their voice to tell the story of a song while adding their own musicality. Opening her set, Bath-based US singer Joan Davis cites the great Betty Carter as her vocal heroine and you can hear her influence in the unforced slide of her own singing. These fortnightly sessions in the Vaults have long been a solitary beacon for jazz in Bath and normally there would be a house trio to accompany a solo guest. Tonight there was a trio of guests in front of regular bass player Wade Edwards and drummer Trevor Davies. Both trumpeter Byron Wallen and pianist Anders Olinder are long time musical cohorts of Joan’s and, as the evening unfolded, they brought their own considerable contributions to the gig. 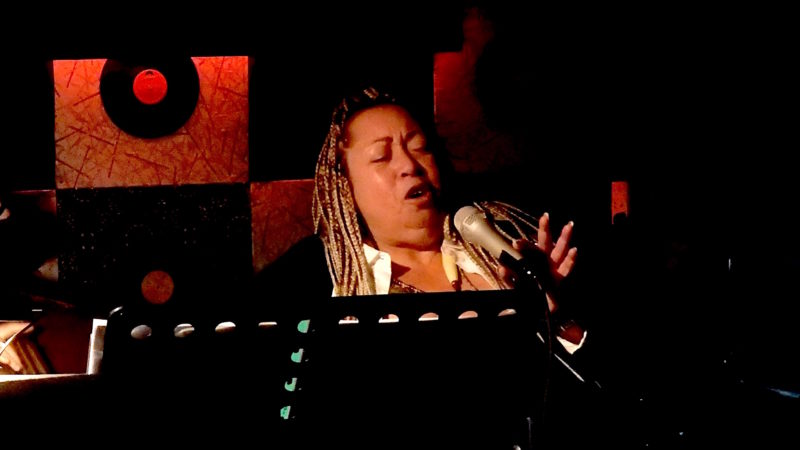 Until six or seven years ago Joan was a regular performer both locally and beyond but then pressures of academic commitments kept her away from the stage. Thus this was something of a ‘comeback’ appearance and, unsurprisingly, the place was crowded out for the occasion. Opening with Afroblue it was clear her voice had not suffered from her absence and the brisk groove gave the band the chance to assemble, with Byron rushing into a solo full of trademark trills and style while Anders took a more jagged course, sharply stabbing notes against the beat. It was a good way to announce the three guests and introduce a nicely co-operative evening in which they shared the limelight while enjoying the company. 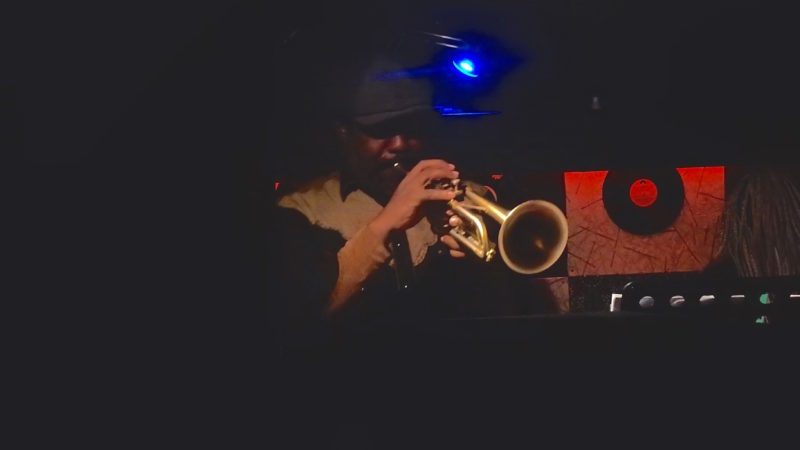 Byron’s contribution was particularly distinguished thanks to an assurance of tone and approach. It gave particular energy to his own Let Us Be Dissatisfied and the Monk tune I Mean You, both upbeat instrumentals that provided the opportunity for his fluency to ride the groove. The latter swung nicely thanks to Trevor Davies’ drumming, leading to a nice showcase drum solo discreetly handled in deference to the size of the room. While Anders didn’t provide any specific tunes to the set list he more than amply demonstrated why he is much in demand as an accompanist, reading each number skilfully to choose both the style and pace of his part. The interplay with Byron’s supercool trumpet on Ask Me Now was a perfect example of spontaneous construction also reflected in Wade’s bass solo. 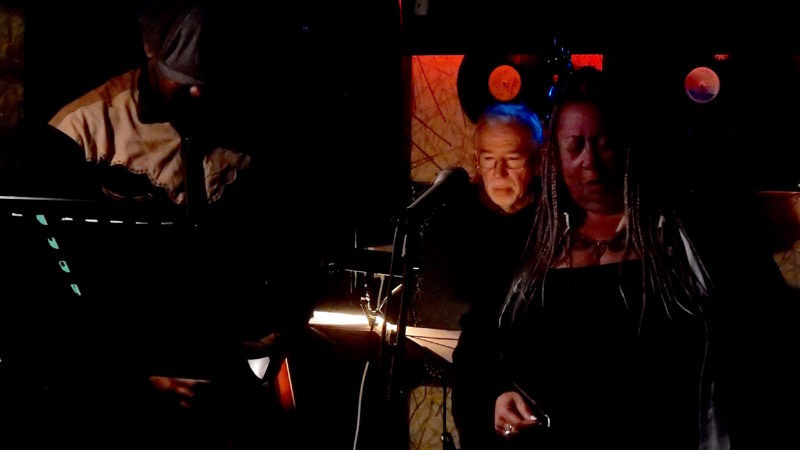 That song – Ask Me Now – demonstrated Joan’s capacity to use a small contribution to great effect. With just a single verse to introduce the piece she understatedly established the poignancy of Monk’s composition, and she achieved the same effect in adding Joni Mitchell and Roland Kirk’s vocals to Goodbye Pork Pie Hat, deploying vocal inflections that ranged from Sarah Vaughan breathiness to the snapping chirp of Ella. She can swing, too, and second set opener Tight let her slide brilliantly across Trevor’s urging cymbals, obviously relishing the chance for a more theatrical delivery. It was, indeed, tight, and with an impressively snappy ending to boot. 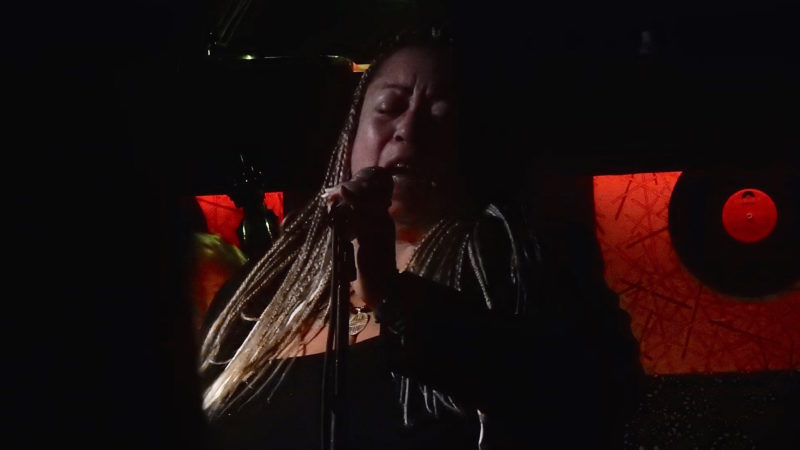 But it was in her own Promised Land that really brought out Joan’s musical personality, the cynical political lyric delivered with just enough force to ride the energy of the music without any heavy handedness. It felt wholehearted and exceptional, much more than merely ‘jazz singing’, and marked Joan’s confident reclamation of her status as the Jazz Diva of Bath.