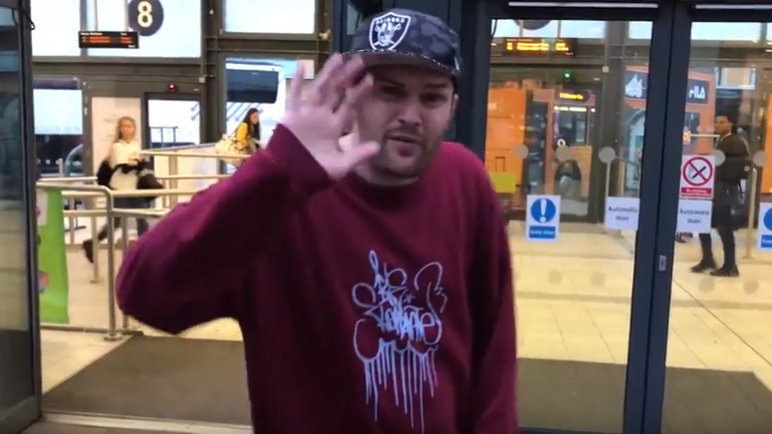 A Bristol hip hop MC and producer has taken out his frustrations against First Bus in a new diss track.

G00SE raps about his travails on the buses as passengers are becoming increasingly angry about the service that the company offers.

“Yo, fuck First buses, they take the piss when I’m trying to get to Yate on the 86,” the Bristol-based West Midlander raps.

Bus drivers face most of G00SE’s lyrical wrath. “Don’t give me change tickets,” he implores. “Can’t buy brandy with that in Tesco Express.”

The video starts with G00SE getting increasingly exasperated as he waits for a bus on Nelson Street outside Rough Trade, finally ending up falling over as he runs after a number 6 towards Broadmead.

He is then outside Bristol bus station on a YoBike, at one stage vaulting the barriers to the toilets inside before returning to Nelson Street for a continued fruitless wait for a bus as day turns to night.

At one stage, he performs the track with the help of an old fashioned boombox outside the main entrance of the bus station as four bemused bus drivers and one amused waiting passenger look on. 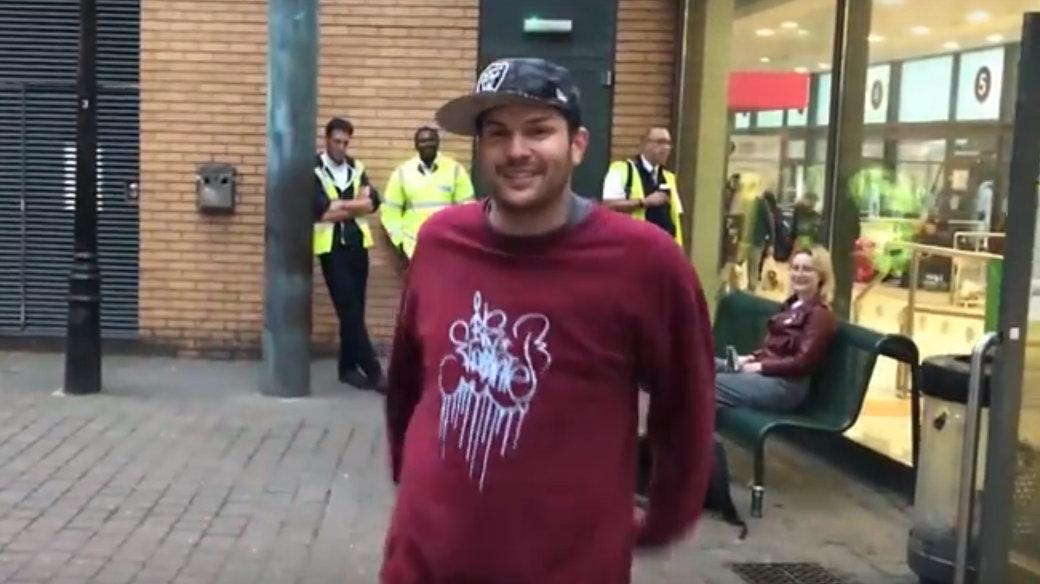 “Many bus drivers’ feelings were hurt in the making of this video,” says a statement at the end of the video