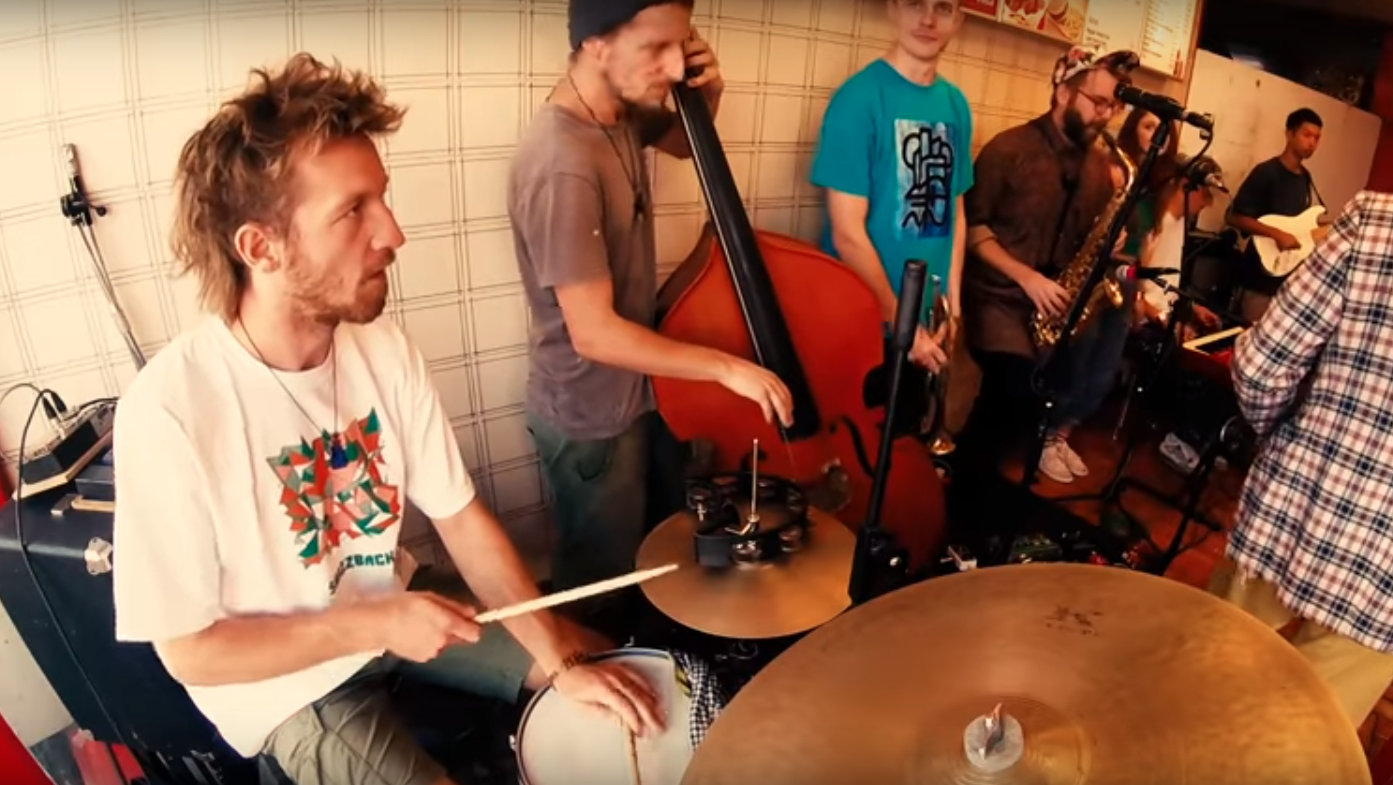 A band who met while busking around Bristol have recorded their latest music video in one of the city’s most popular fried chicken emporiums.

Mr Frimp by Snazzback, featuring China Bowls on vocals, was filmed in Slix on Stokes Croft.

The music video was shot and directed by Timothy Langton:

Often transporting his drumkit on a bicycle trailer and busking by the fountains on the centre, Chris Langton gradually built up a band around him that became Snazzback, playing their own take on improvisational jazz.

“Once we were all in the rehearsal room together it all clicked,” guitarist Elijah Jitsuto told Bristol24/7.

“The band spent summer all over the country playing festivals and touring,” Elijah said.

“Winter’s here involving months of writing, pre-production and preparing the Snazzback studio to produce the next record DIY as well as getting excited for a music video for another track off their debut album.”

Elijah said that filming in Slix video started off as a joke between the band members.

He said: “We wanted to start a residency there, playing on Monday mornings at 6am. When deciding for a setting for a live take of our album track Mr Frimp we couldn’t pass up the opportunity to try out our fantasy.

“Slix was an ideal setting for our mini-gig as we wanted to experiment with a harsher approach to live video.

“The grimy aesthetic of Slix in the heart of Stokes Croft would be an apt contrast to the current trend in videos that are being produced at the moment.”

Catch Snazzback live at the Old Market Assembly on January 18, and the Gallimaufry on January 24 and 31.