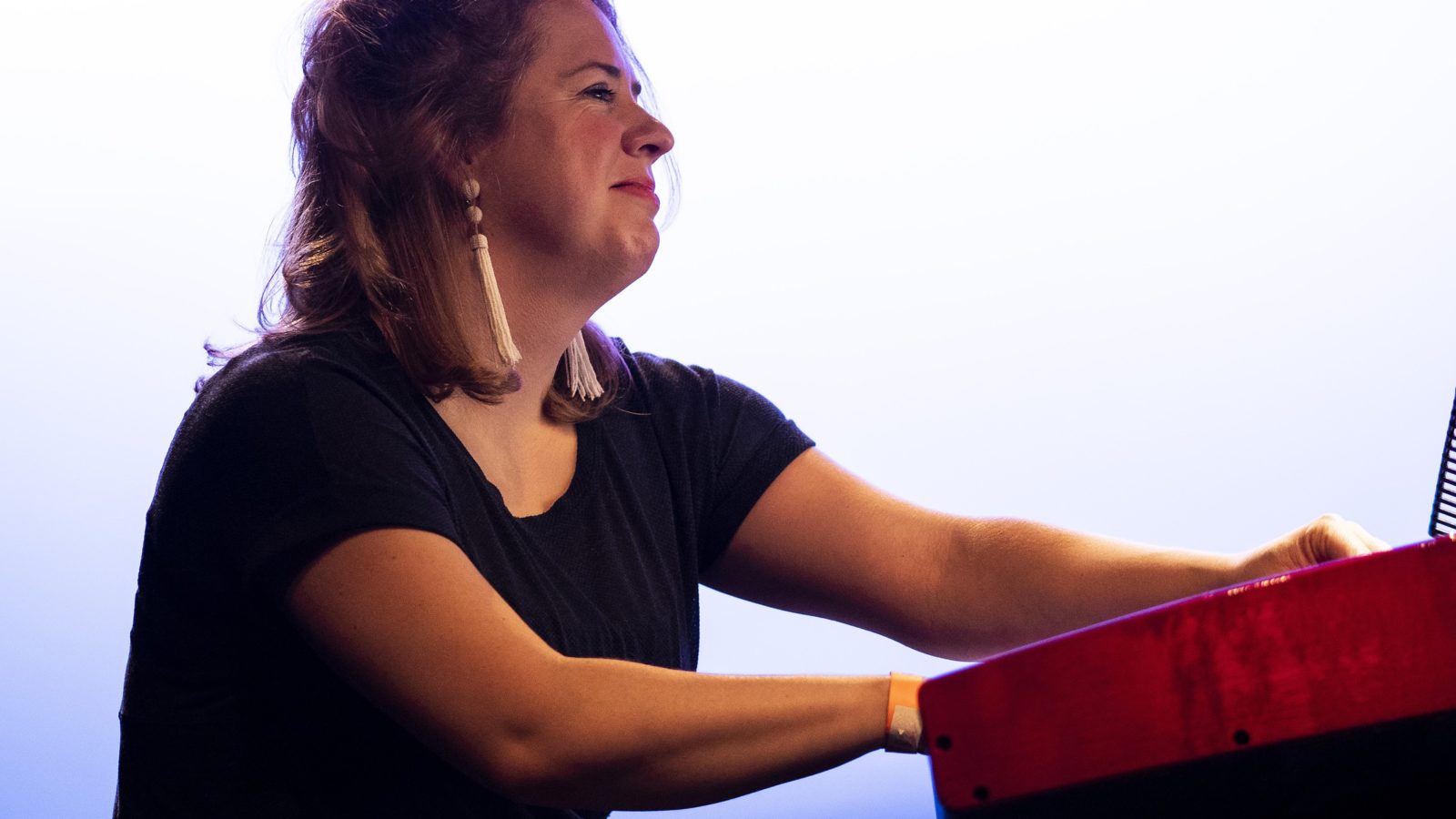 Another of Bristol’s top jazz names riffles through their record collection to share the sounds that got them into the music they love.

Born in Bristol, pianist Rebecca Nash’s pursuit of a jazz career took her to Cardiff, London and Birmingham before returning to her home city a couple of years ago. A highly responsive player with a thoughtful light-touch sound she is a valued member of nationally recognised bands like Dee Byrne’s Entropi and a regular collaborator with singer Sara Colman. Her recently released Whirlwind Records album Peaceful King, featuring her band Atlas, is a powerful showcase of her compositional ideas that was well reviewed in the jazz media. She’s picked for us a typically wide-ranging choice of music, including some keyboard greats.

When did you start playing in public?

“My first gig was at Pizza Express on Park Street every Saturday lunchtime, when I was about 15. It was around this time I started getting into transcriptions of Bill Evans with my uncle William Goodchild (who patiently taught me jazz piano and theory) when I was a slightly unruly teenager. On a more serious note though, I started working on projects with fellow musicians from music college – both Trinity College of Music, and The Royal Welsh College of Music and Drama from about 2007 onwards.”

What are your current performing projects?

“I play with my own band, Atlas, – we released an album in 2019 called Peaceful King – and I also have a duo project on the go with Sara Colman. I’ve also written some music recently for a new project called What She Said which features four singers – Katya Gorrie, Ruth Hammond, Sara Colman and Tammy Payne. We were commissioned to write some music for the Bristol Jazz Festival this year inspired by female composers, musicians, songwriters, and singers and we will be taking it on the road in the autumn on a UK tour. As a side-person I play for Dee Byrne’s Entropi (Whirlwind Records), Nick Walters’ ten piece, Paradox Ensemble (22a Records), and his Quintet. Other musicians I regularly perform with include Chris Bowden, Steve Banks, and Greg Cordez.”

“I think it was hearing that classic cornerstone of any jazz collection, (there can be no other, right?) Kind Of Blue by Miles Davis really grabbed me – I was given it as a present when I was about 12 by a family member, and it had everything in it, still does. It reached out to me in a way that invited me in…”

“I would say ‘Waltz For Debby’ – Bill Evans. There is a stunning solo version on the album New Conceptions. Such rich, and dense textures, so gorgeous.”

“It’s impossible to have just one hero, but I would say Brad Mehldau is a stunning improviser – have a listen to one of the Art of the Trio albums – they’re all amazing, – Volume 4 features some extraordinary playing in my opinion.”

“One of my faves is a band called Forj – it features two excellent saxophonists, Josh Arcoleo and Joe Wright, bassist Nick Jurd, and is led by the brilliant Jonathan Silk, or as he is better known, Silky, on drums. They haven’t released an album yet though… so one to look forward to.”

“Someone who doesn’t strictly live in Bristol, but is very close-by, and regularly contributes to the local scene is the fabulous saxophonist Sam Crockatt. He regularly performs at the Fringe – check out the delightful song ‘Happy’ from his album Howeird.”

“Wayne Shorter needs to be on this list – Speak No Evil is a good place to start. A must and a classic.

Also Herbie Hancock – The Joni Letters (and here he is playing with Wayne) and the great Michael Brecker – Pilgrimage.”