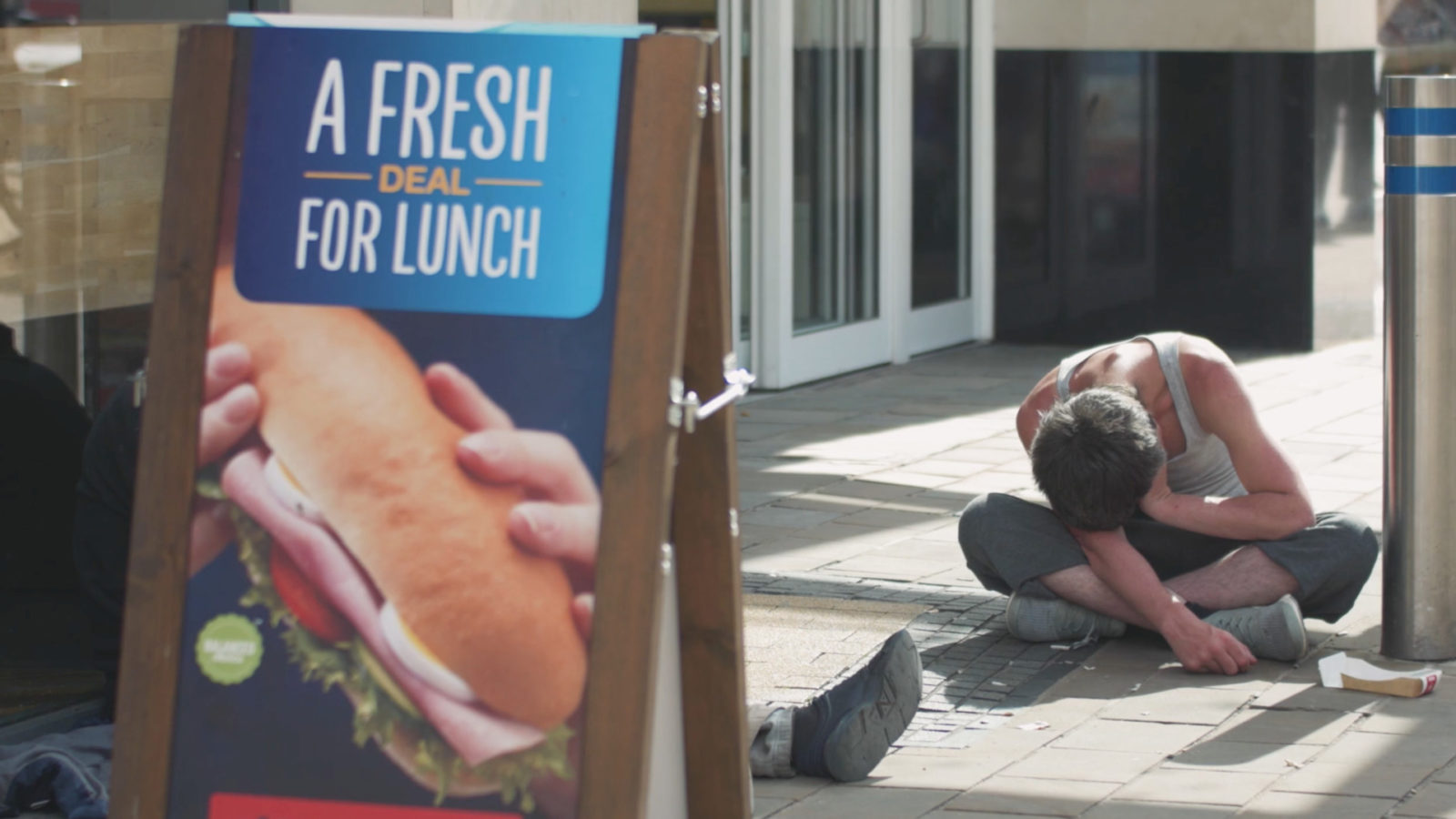 A short documentary produced by local filmmaker Arthur Cauty has captured some of the city’s homeless population, allowing them to tell their stories, voice their frustrations and frankly discuss their lives.

Entitled Invisible, the film was shot in Bristol city centre over the course of several weeks and is a moving look at a problem that has significantly worsened in recent years.

“The idea for the film had been in the back of my mind for a while, but was further solidified whilst eating a slab of chocolate cake with my girlfriend by the harbourside,” Arthur says. “We were approached by a dishevelled man who must have been around mid-30s. He politely and apologetically asked if we could spare a little change, but sadly we had already emptied our pockets for the chocolate cake, which was now little more than crumbs.

“We ended up chatting for a while and even though we were unable to give him any change, he was genuinely thankful that we took the time to talk to him, rather than ignore him like so many do. He was fairly new to the streets – he’d only been homeless for a couple of months – but he already had a horrendous story about being set on fire when he was sleeping in an archway near the cathedral.

“It seemed like a really crazy thing to go through and it made me realise that a lot of other homeless people probably had an interesting story. And it’s so easy to walk past and ignore homeless people, so this was a chance to give them a platform to talk.” 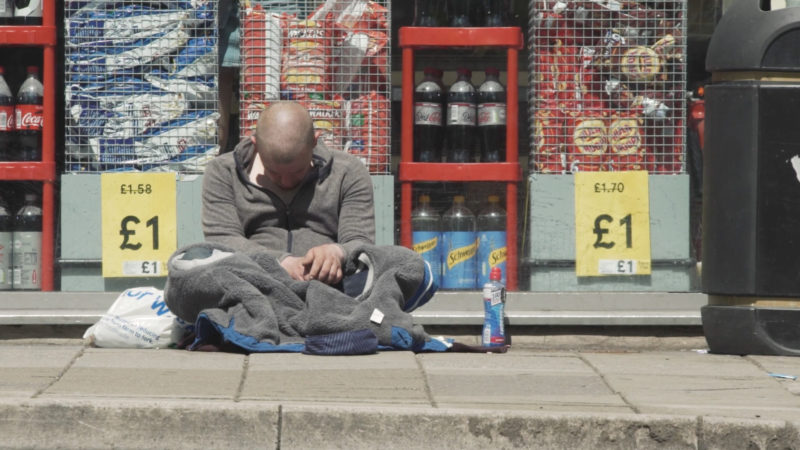 Arthur was assisted in the filmmaking by his girlfriend Christy White, who has also helped him with other productions. Finding homeless people to talk to on Bristol’s streets wasn’t a problem – partly because there are so many individuals living rough here.

“Pretty much everyone was receptive and open to talking on camera,” Arthur says. “Several said they had had bad experiences with the media and how they were represented in the past, but once we said we were independent and explained the point of the film, they wanted to talk.

“I didn’t want the film to be based around what I think or what anyone else thinks, or to include presenters, narrators, statistics, graphics or hyperbole. I wanted to let them speak: about the streets, about their lives, about their dreams and aspirations, and anything else they wanted to speak about.” 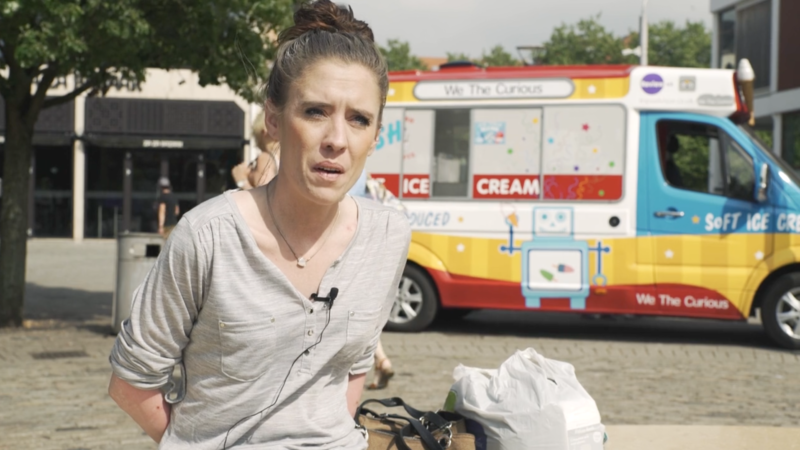 One of the most moving interviews is with a young woman who has been unable to access help because she isn’t originally from Bristol. “She approached me,” Arthur recalls. “I was kneeling down struggling with changing lenses on my camera, and she came over and asked what I was doing. She was the last person I interviewed, and it was fortuitous because I had really wanted to speak to a woman.

“Generally when you think of homeless people, you think of dischevelled older men, and I wanted to challenge that image. We sat down and she started to tell me about herself.” This led to a heartbreaking interview where the woman spoke about her wish to have a roof over her head and experience the home comforts that so many of us take for granted: a pillow, a duvet and a chance to cook a proper meal. 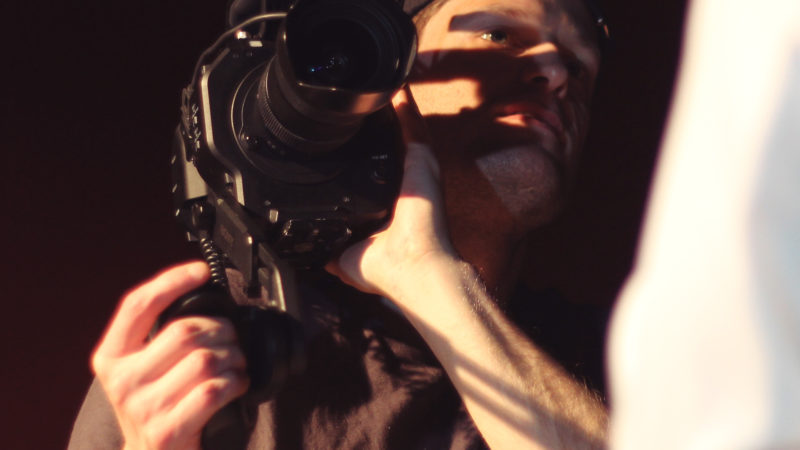 The film has been picked up by The Monthly Film Festival, and Arthur says several other festivals are in the pipeline. The self-taught filmmaker, who has worked with Warner Bros, Paramount, Disney, BBC and Channel 4 amongst many others, has had other documentaries screened at festivals but says it is still thrilling to have his work selected: “It’s nice to have a documentary that is about a local issue and that was filmed in Bristol going out and finding an audience.

“In the five years that I’ve lived here, I’ve definitely seen an increase in the number of people living on the streets, to the point that we’ve reached now where there is a shocking volume of people. When I was filming, I handed out food and drinks to the people I encountered. I hope the film will inspire others to do the same, or at least to stop and listen.”