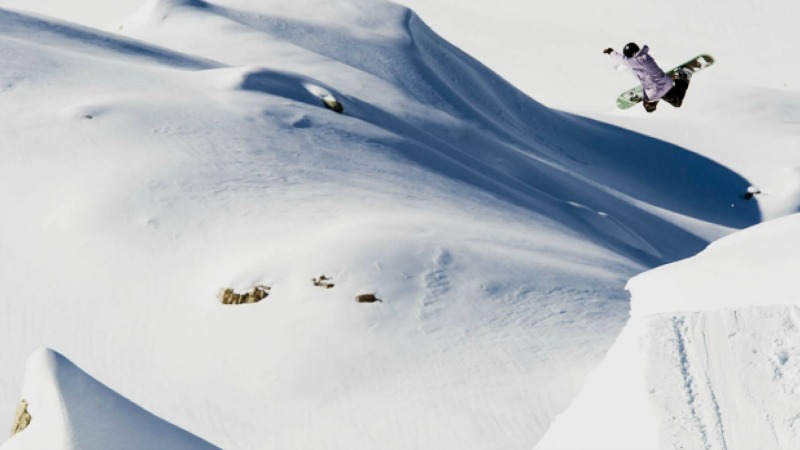 Last year, Bristol played host to a low-key world first. Before the Shextreme Film Festival took place at the Cube, there had never been a film fest devoted exclusively to women’s extreme sports. This clearly struck a chord, as it proved a sell-out success. “The festival was born out of a frustration of attending many adventure and mountain film festivals and realising often only 5% of the film line up featured women, despite the audience being 50% men and 50% women,” explains Festival Director Dr. Ruth Farrar. “I decided to be the change I want to see, so I created the world’s first film festival dedicated to celebrating women in extreme sports.”

For its second year, the festival moves to the Arnolfini on October 21. The film programme is still being finalised, but it will include two UK premieres. Way East is a snow and surf documentary filmed during a three week journey through Japan by friends Aline Bock and Lena Stoffel. Equipped with skis and boards for all kinds of waves and snow, they set off in search of the famous Japanese powder snow and perfect waves, but also to discover the reality of life in post-Fukushima Japan.

The snowboarding feature Full Moon celebrates for the first time on screen the sport’s female icons.

It’s not just about films. “Our audiences repeatedly commented how often sports and outdoor brands stick to a jaded flowers/aztec/pink design formula when representing women,” adds Ruth. “So this year, we are pro-actively showcasing positive female-led companies changing how women are represented in extreme sports and adventure. Pioneering women’s snow aparrel company Snooks and Mute Collective (based here in Bristol) are both putting on pop-up shops on the night alongside Carole Layfield’s K-nit merino beanies and Mayfly sound journal: a brilliant new way to document your next adventure.

“We also learned from meeting everyone at last year’s festival and the Women’s Adventure Expo that while there’s clearly no shortage of inspiring women doing amazing adventures, there is a lack of filmmakers documenting their stories on the big screen. So this year, we are excited to launch Shextreme Film School. We’ve cherry-picked six leading experts in the field for our one day workshop: How to Film Your Adventure on 20 October.”