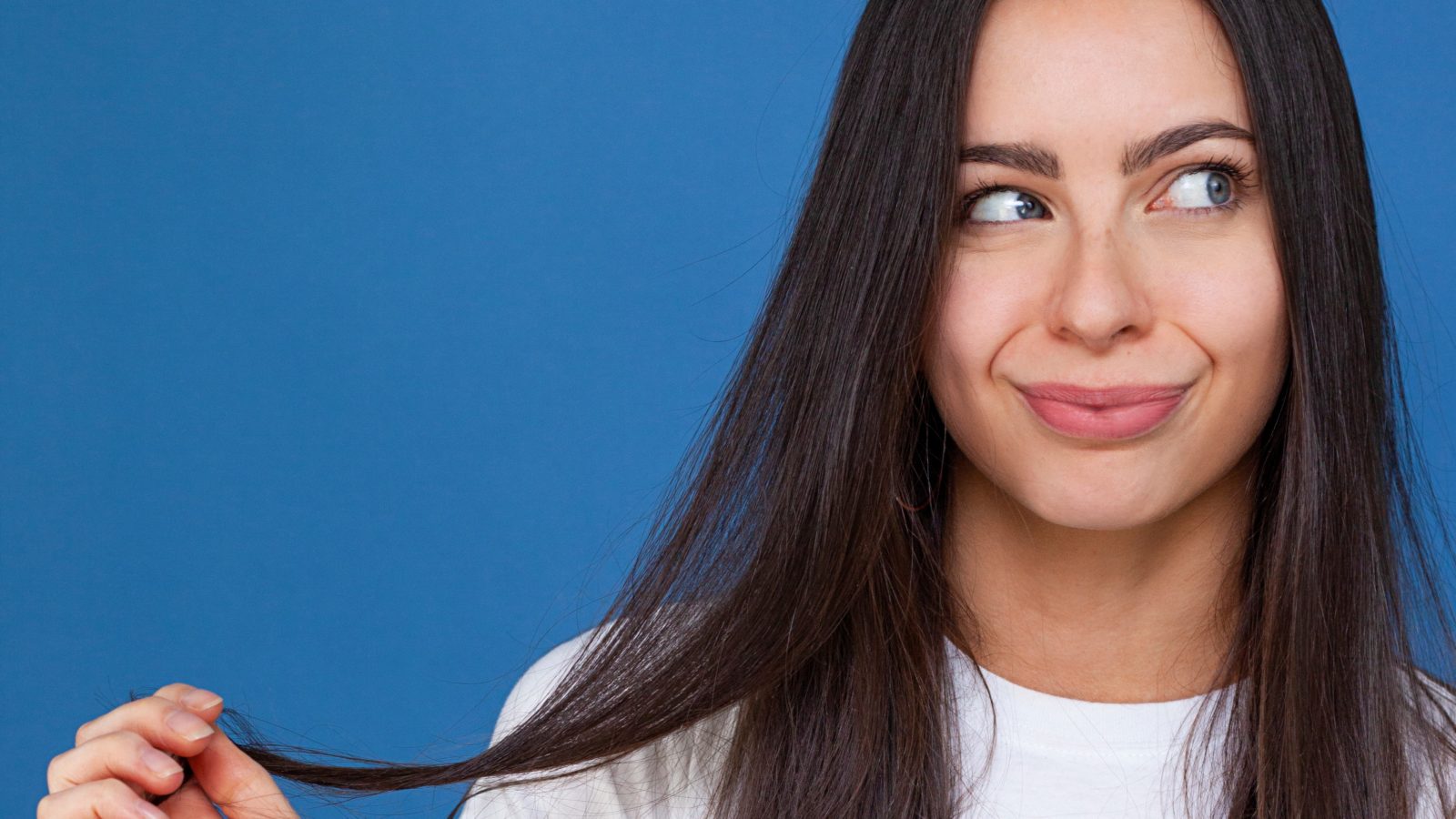 In the olden days, i.e. early 2020, comedians might have expected to spend years gigging up and down the UK as stand-ups, before being invited onto a television panel show and then selling out an arena tour. Right now, it’s not so easy. Comedy is one artform that has been able to continue to be performed in front of a live audience, but we won’t be having arena tours anytime soon.

One Bristol comedian, however, has managed to find a huge worldwide audience during lockdown through social media. Finding internet fame is not something that Abi Clarke set out to achieve. The 24-year-old, who lives in Henbury with her parents, first started making online videos “to build a following of like-minded people who would enjoy my stand-up comedy.

“I was doing a lot of gigs in the depths of Devon to men in their 50s who weren’t quite so hot on my Love Island, Sims and Twilight references so I went online in the hope of finding other young women who really related to me.”

Abi has since performed at Lakota Gardens as lockdown restrictions have eased, but continues to post her videos to Instagram, Twitter and TikTok (where she has recently hit 500,000 followers), finding inspiration from sources as varied as her job in a cafe, a conversation with a stranger or the girl group chat, writing all of her ideas down on her phone.

A sketch about a girl group chat in the style of detectives trying to crack a tough case was the first that she ever wrote and the one that initially helped grow her online following:

Does he like her? – The inside of a girl group chat PART 1 (find the full version on my Instagram @abiclarkecomedy) #dating #ukcomedy #foryoupage

A sketch last month about having a weekend breakdown has so far been watched more than seven million times on TikTok:

It was a sketch in May starring Abi and her parents dancing to Iceland’s Eurovision entry, Think About Things by Daði og Gagnamagnið, that provided her first glimpse of viral fame:

“I am so incredibly lucky because my parents will pretty much support me in whatever way they possibly can, but it wasn’t too difficult to convince them,” explains Abi on how she persuaded her parents to appear in the video.

(Her parents do have form. Her father, Paul Clarkson, is head of acting courses at Bristol Old Vic Theatre School; and her mother, Julia Hills, is an actor, best known for playing Rona in 2Point4 Children.)

“I taught them the routine the evening before and then we filmed it during Dad’s lunch break as he was still working from home. I then edited it together and it made my mum laugh which is a huge success in our house! I had no idea it would have the reaction it did!

“It was very surreal but exciting waking up to all the notifications and the huge jump in followers on Instagram. It was when meme pages reposted it that it went mental and it was great to have the attention brought to my page so that people then watched the sketches and decided to stick around.” 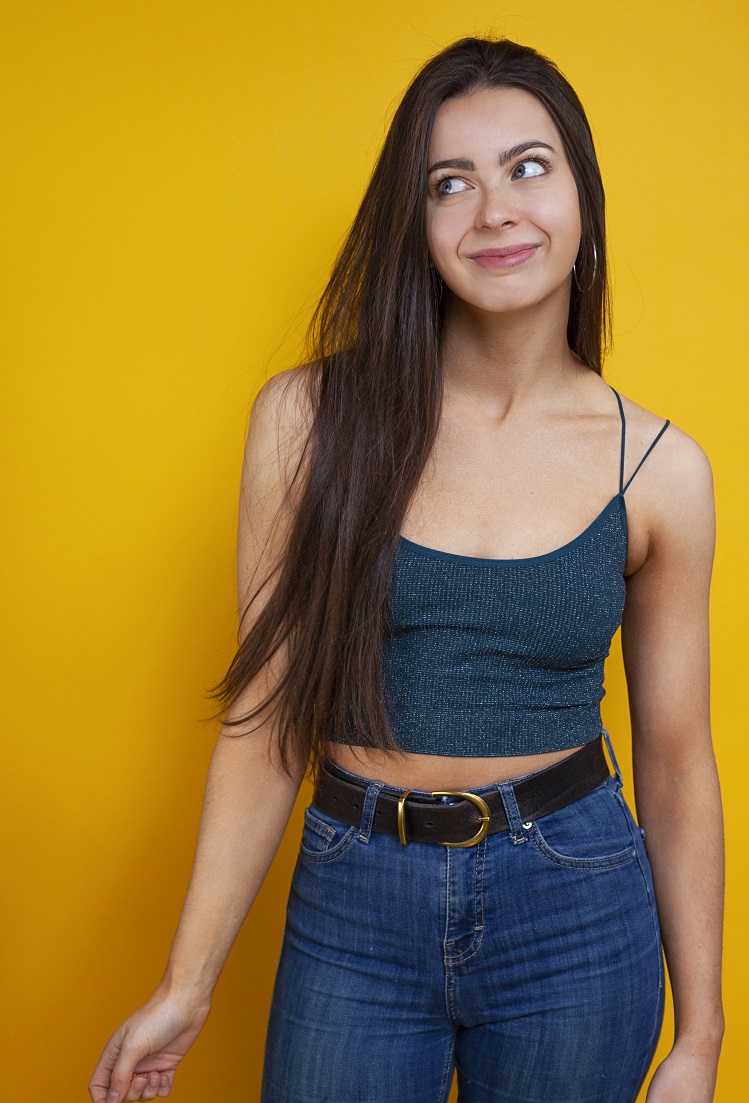 “I will definitely continue my videos and hopefully they can work hand in hand with my stand-up to form my future comedy career!” – photo by Beth Clarence Photography

Like different comedy venues once upon a time, different social media channels offer different aspects for Abi’s performances. “TikTok has been a great place to share my sketches as it offers a platform where my content is shown to people who don’t already follow me. Therefore, it introduced me to an audience that weren’t just my friends.

“My TikTok account then contributed to the growth on my Instagram which feels like a more personal platform where people get to know me better via Stories and follow my day-to-day journey as an aspiring comedian! Instagram is my favourite platform for building an engaged and personal following, whereas TikTok is best for immediately getting my work out in front of a mass audience.”

During lockdown, Abi – who studied drama at the University of Exeter – discovered fellow comics online including Munya Chawawa “who has some amazing online content and sketches on Instagram” and Boman Martinez-Reid, “who has absolutely nailed TikTok”.

Among more mainstream stand-up comedians, she says it has been “great to see Nigel Ng’s incredible lockdown growth and I love watching the day to day stories of Jayde Adams and Luisa Omielan”.

Abi is in a uniquely late-2020 position of being still a very new comic but one with a sizeable online following, and she says that this is an added pressure at gigs.

So how does the online comedy transfer to IRL? “There is an extremely close relationship between my online stuff and my stand-up as they both have a young female perspective, but I have found my online stuff to be much more PC and family friendly whilst my stand-up has a bit more of an edge and is definitely 18+. There is an element of myself in both though, with a similar audience in mind.”

She adds: “The online success has definitely made me more confident in my ideas and sense of humour and learning to talk to camera has made me far better at just chatting and being more spontaneous. I think the pressure to move online is much greater now and I have definitely noticed a lot of comedians who never had any interest in social media are now scrambling to get acquainted with it.

“The online world was already growing, becoming more part of the mainstream and replacing more traditional types of media though, so it’s hard to say whether that is completely down to the pandemic. I’d say it’s too soon to tell whether there have been any long term affects other than the strain it has put on venues…

♬ Cry for You – September

“I will definitely continue my videos and hopefully they can work hand in hand with my stand-up to form my future comedy career!”

Abi is now beginning to be recognised and asked for selfies. “It was mad that anyone other than my mum would want a photo of me, let alone with me. I also got spotted working in the cafe when serving someone their coffee and he said that he followed me on Instagram. I didn’t know how to react, so I just asked him if he wanted sugar.”