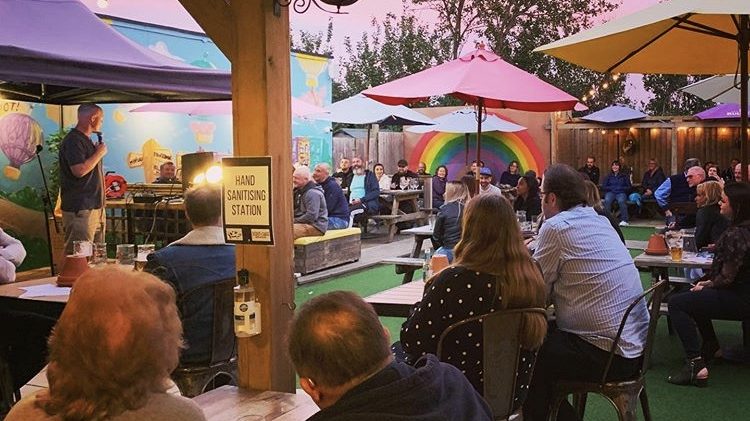 Like all its fellow art forms, comedy has had a quiet few months during lockdown. Social distancing and the ban on gatherings has made a stand-up comedy gig in a small, intimate venue every bit as unfeasible as a music or theatre gig.

One local comedian, however, has kept himself busy. And, if you follow the Bristol comedy landscape even a little, you probably already have a decent inkling who we’re talking about.

“Comedy has been very odd,” muses Bristol’s Mr Comedy, the tireless promoter, scene supporter, gig arranger and darn-fine-comic-in-his-own-right, Mark Olver. “I tried a few Zoom gigs but I didn’t do that many. They weren’t really for me: I like the back and forth with the audience too much. The ones I did were good fun, but I missed the audiences.”

Instead, Mark turned his considerable energies towards creating (and hosting) a panel show for YouTube. And it’s done quite well for itself. “It’s called Who Said That and it has been lots of fun,” he says. “I’ve done the warm-up session for enough panel shows, and I thought it would be nice to try and see what I’ve learned.”

And so, how does it work? “Each contestant asks a question, the answers are texted to me and the person reading out the answers has to guess who said what. It’s silly and fun. We’ve had a great mix of guests: Mark Watson, Russell Howard, James Acaster, Paul Sinha, Sindu Vee, Ed Gamble, Sikisa…” 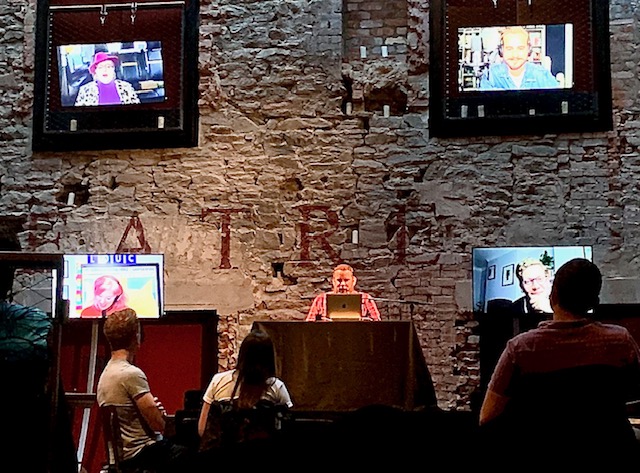 Twenty episodes down the line, the show is still running. “It’s lots of fun, working with a producer who edits the show and does the clever stuff while I talk nonsense with comedians!”

A cast-iron highlight of Mark’s summer, though, has been Belly Laughs at Home: an online continuation of the hugely popular gigs that he hosted in cafes and restaurants over the past couple of years.

“I hosted from these my house, live on Twitch, and lots of amazing Bristolians sent in amazing videos celebrating the city. And people chatted about Bristol, and we had songs. It was all amazing.

“We did a few in different areas – Wales, Devon, Bath – and they were all great, but the Bristol one was special. So many people got involved, so many comics and businesses and we raised nearly 40 grand for four amazing charities. It was a blast.” 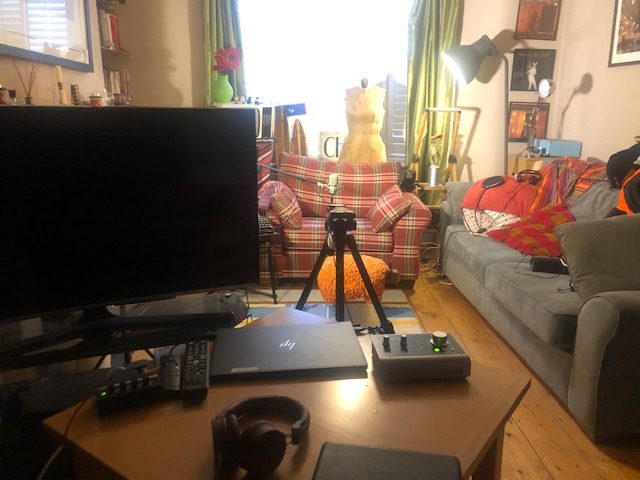 So, all in all, Mark has not been idle this spring and summer, and has somehow managed to keep busy in an industry that for many looked comatose until better news came along.

Not that the last few months haven’t been a challenge for this busy comedian. “Oh, you know, global pandemic and essentially unemployed for a few months!! But I got a part-time job, focused on the panel show, the charity stuff, and not going too insane. And now, hopefully, the comedy and TV industries are slowly coming out the other side.”

Indeed, and Mark finds himself busy over the next few months, as the live landscape returns to some semblance of normality.

“I’m running a few outdoor gigs all over the area. There have been some charity gigs – like Belly Laughs at Circomedia, in conjunction with Bristol Food Union – and some gigs in amazing spaces like Bambalan, Lakota, Gloucester Old Spot, Mr Wolfs and Breaking Bread. And I hope some of these will continue into the Autumn. 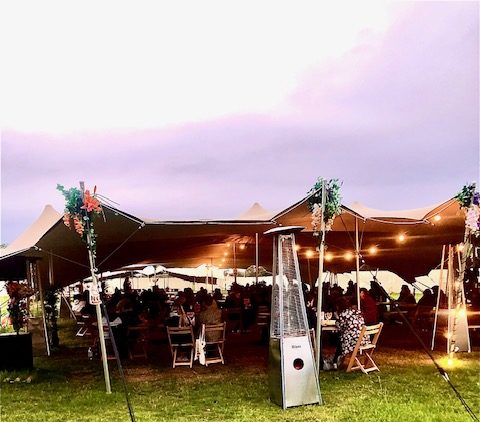 Belly Laughs has been held at Breaking Bread on the Downs. Photo Mark Olver

“Audiences seem to be enjoying them, even though it can be a bit cold. Elsewhere, TV shows are coming back and we are just trying to work out how to best make TV in this new world. But we are getting there. It’s challenging but also exciting.”

And does Mark believe that live stand-up comedy will be permanently changed by the pandemic? Or will things just get back to normal? “I think things will settle back down at some point. People love going to comedy, so it’ll still be there. Maybe slightly smaller audiences? Maybe different formats for shows.

“But also, outdoor gigs work, Zoom gigs work, making content at home like my panel show works. So as well as going back to normal eventually the best of those new things will hang about. So who knows, maybe the comedy scene will be even healthier at some point?”

Read more: Special evening of food and comedy at Circomedia