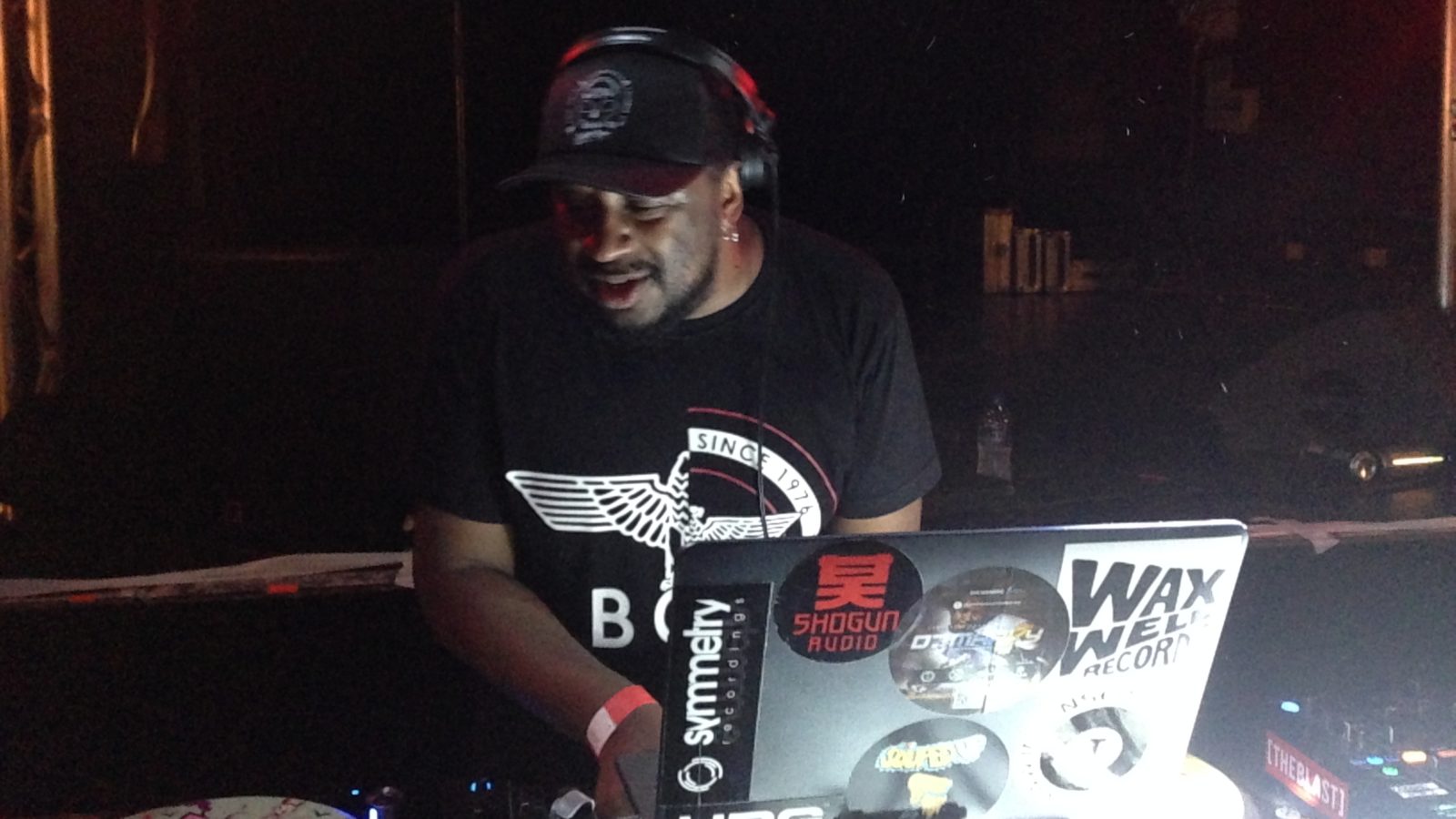 DJ Marky & Friends returned to Bristol’s historic temple of bass the Trinity Centre for another round of full-spectrum DnB. On a weekend packed with top nights around the city, this night shrugged off the competition filling up steadily to a warm crowd eager to witness the renowned magical vibes that a DJ Marky party brings.

The setup tonight was slightly different from previous nights with the promoters opting to put the decks in front of the stage at floor level to help create a closer relationship with the crowd. Kudos to them as this worked well.

Starting off, locals Jaydrop B2B with TS2W satiated the early birds for the main feast. Hospital Records main man Nu-tone warmed chilly noses with a tight set of soul-infused, dancefloor-friendly beats; the tunes had enough of an edge and toughness to them to show that this was no frilly mess-about.  Pulling on his own work and other Hospital dubs, the ever-ready classic ‘Balaclava’ by Nu-tone worked a treat, raising the energy and preparing the crowd for the main act. 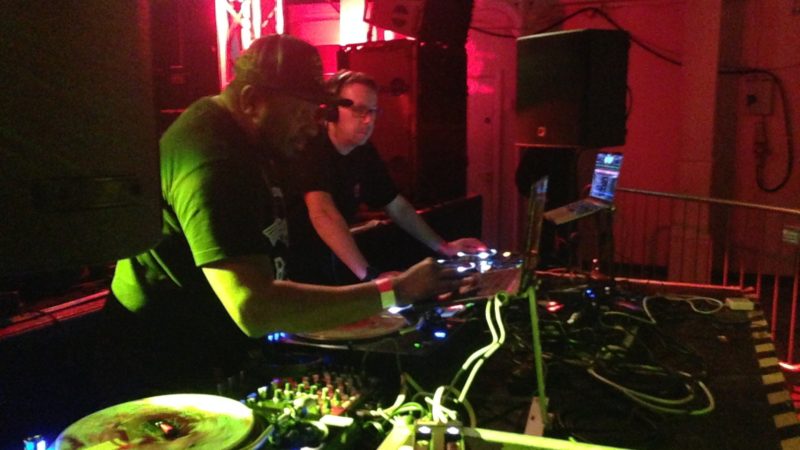 A sneaky look at the legendary DJ’s set up.

DJ Marky stepped up with MC GQ starting slightly later than billed but nobody cared: they were ready for a set by two legends. A rollercoaster ride started with some amen business, wandered through some current jump up classics such as ‘Pretty Girl’ by Critical Impact then to groovier lands via Alix Perez’s ‘SWRV’, a refreshed ‘Makes Me Wonder’ by Calibre and a staccato-bass dub by Innerground Records artist, DJ Blade.

In the second hour, we were treated to Calibre’s stunning groove ‘Moonlight’ and Break’s ‘Last Goodbye’ as well as another Innerground Records track by local artist Amante with piano groover ‘Growth’. At the beginning of the third hour, we heard an exclusive Calibre remix of Goldie and Tyler Daley’s ‘Run, Run, Run’. Crisp breakbeats, searing emotions and deep pianos recalled those Metalheadz sounds.  This clearly touched the DJ who showed his appreciation with a still moment to draw everyone’s attention to the vibe captured in this track.

This rollercoaster was brought to a stop at the top for a look over the horizon before being plunged into darker depths courtesy of LSB’s ‘Space Stepper’ only to rise again through the Pola and Bryson remix of DJ Marky’s ‘One Exception’. Then the moment came for Marky to display his show-stopping skills with an obligatory DJ lesson, scratching upside down, with his elbow and just the slipmat held in the air, the crowd packed around to see the wizard. His set was complimented perfectly by GQ’s rhymes, carefully placed words and encouragement. 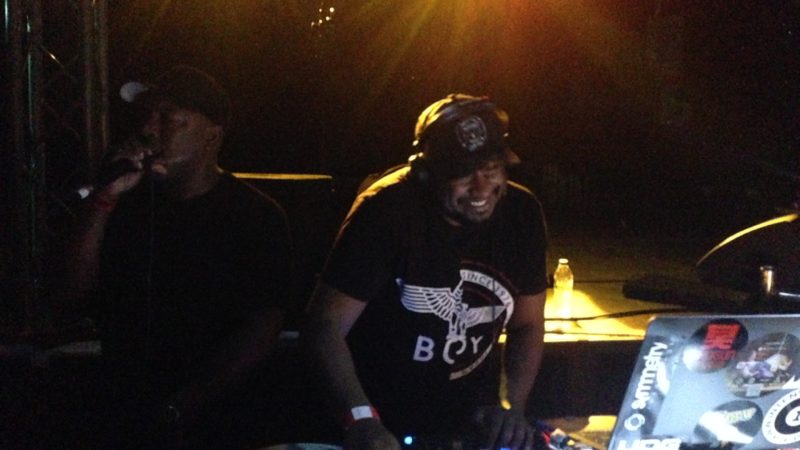 DJ Marky shares a smile with the MC.

A difficult set to follow, the night ended with Souped-Up’s Dutta providing some high energy jump up and harder styles of his own. He picked up really well from where Marky left up and kept the crowd jumping, fair play to him as that was a big ask after the main man’s performance.

Trinity proved once again to be a perfect venue for DnB: so much history is contained here and it’s great to see it still going, don’t sleep on the next DJ Marky and Friends.

DJ Marky & Friends was at Trinity Centre on Sat, Nov 16. For more nights from The Blast, visit www.theblast.co.uk.